Another big update for January as 827 aMW was tacked onto the forecast, marking the second-consecutive weekly increase, and pushing the total to the highest level in some time.  February bucked the trend of little to no change with a moderate 362 aMW increase.  March and April went the opposite direction; March took its already modest forecast and saw 107 aMW disappear, while April shed 427 aMW following last week’s massive increase.

January’s forecast shows immediate increases that run through the end of the month before settling for a slight dip for the first eight days of February.  The remainder of February through March 6th show gains and is highlighted by a 1,050 aMW increase on the 27th.  March 7th through April 30th show decreases widening by as much as 600 aMW. 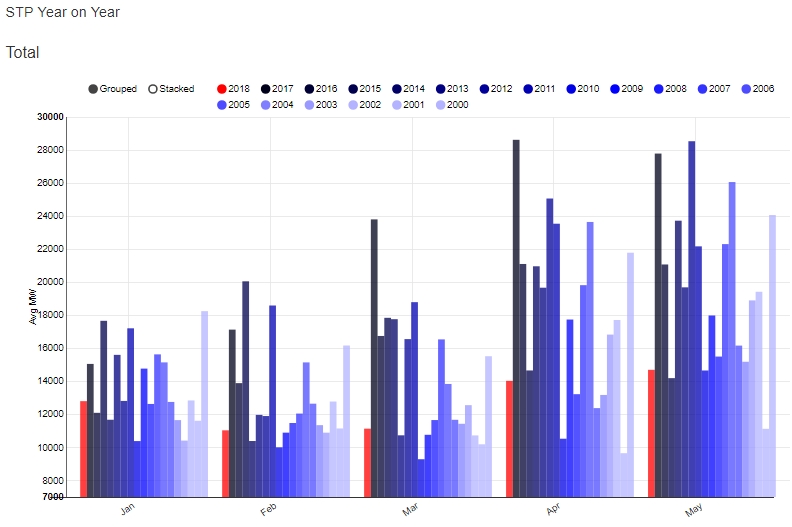 May is showing up in the forecast, but will remain incomplete for a couple more weeks, so don’t draw too many conclusions from this chart.  January’s increase this week once again pushed the month closer to above-average territory.  April remains far from a heavy hitter, especially after dropping 427 aMW this week.