The West is set to warm up for days 6-14, though Arizona and some of Southern California may be the lone omissions.  The coasts of Washington and Oregon in particular are trending well above normal, and that trend should extend east enough to capture Seattle and Portland in the back-end of the forecast.

SP-NP DA showed a $4 difference at its peak for the 8th.  NP jumped well ahead of SP during the early afternoon hours of the 9th. 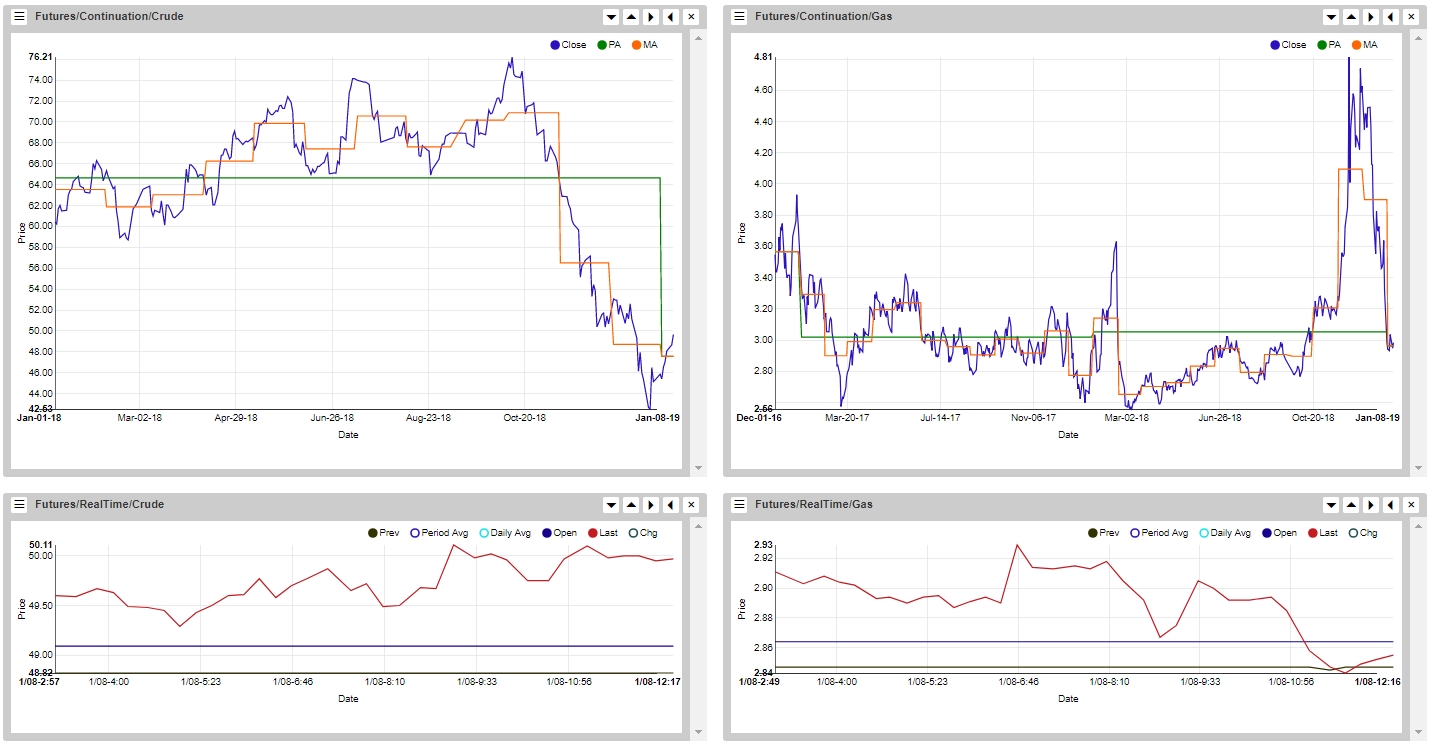 Crude continued its patient upward climb after adding another $0.37 yesterday and finishing at $49.97.  That’s more than a $7.00 increase since bottoming out on the 24th.

Mid-C had the sharpest day-on-day increase in gas demand at 60,000 MMCF.  SP-15 had a larger nominal increase, however, with 104,000 MMCF added on to the total yesterday. 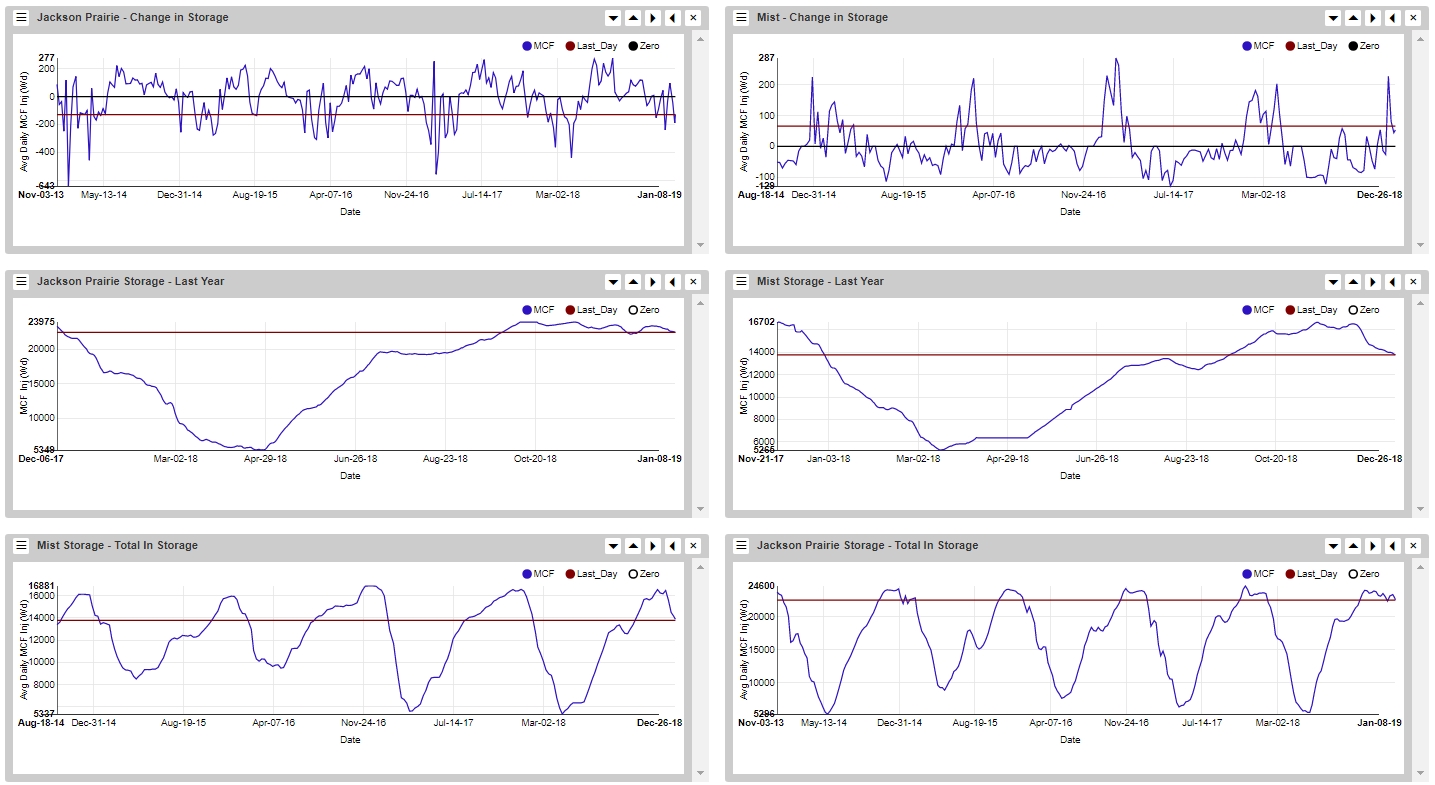 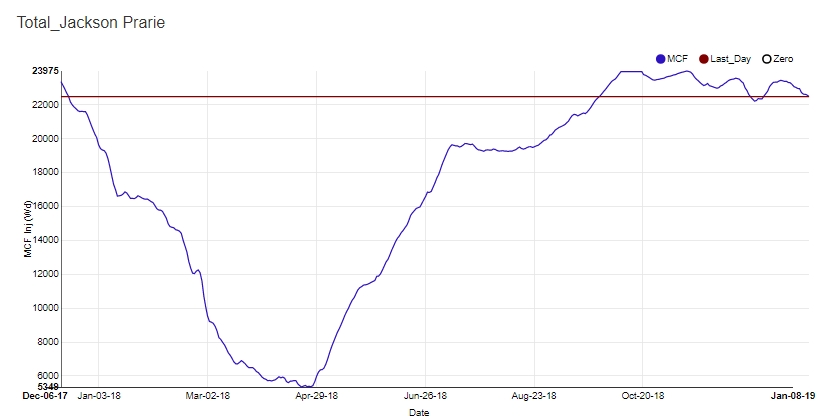 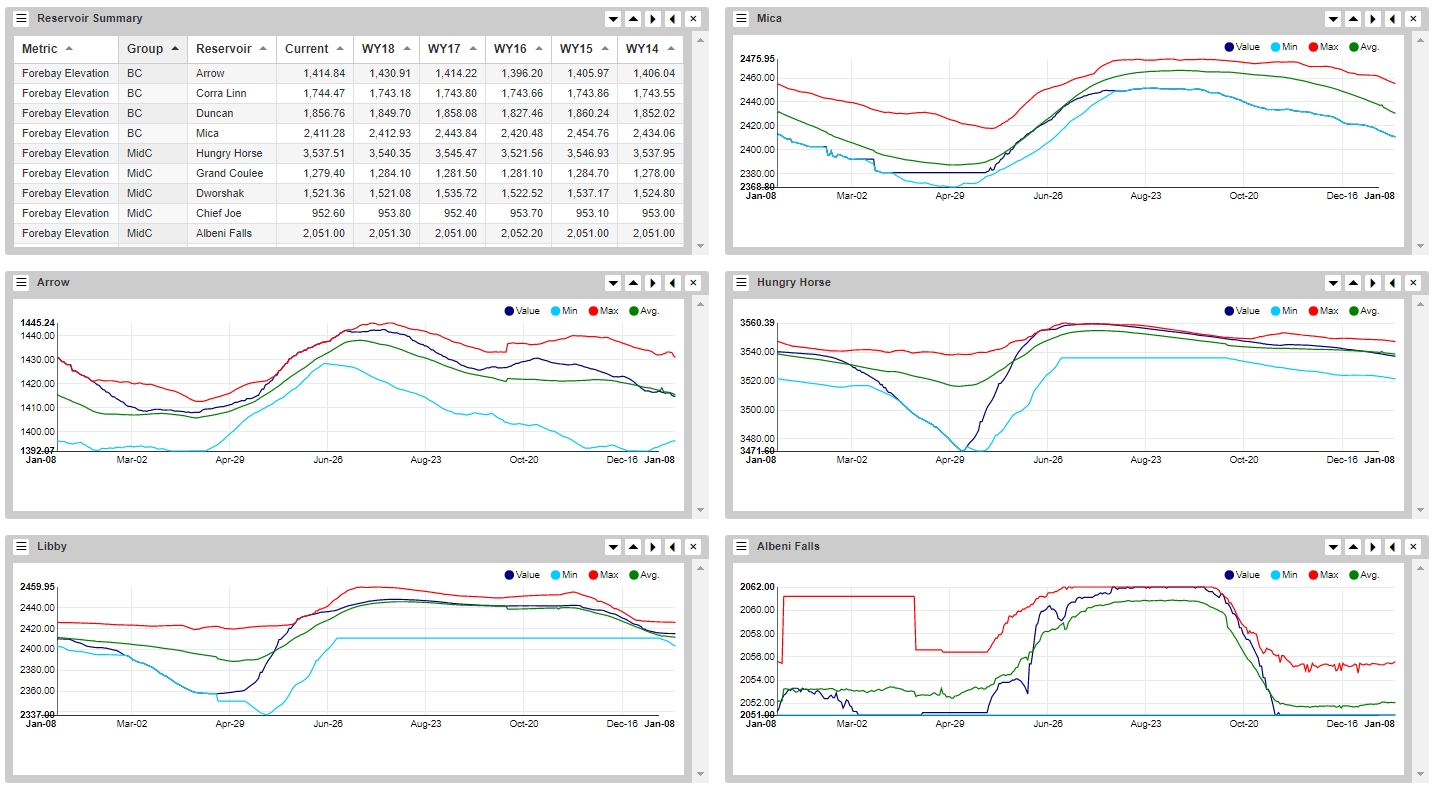 No dramatic changes this week though Hungry Horse moved slightly further below average in terms of elevation.  BC’s Arrow reservoir shows the largest year-on-year difference at just over 16′.

Low level snowfall was further diminished this past week while we saw moderate gains in higher elevations, especially in NP where the Sierra Nevada stations are reporting near normal levels compared to 50-70% last week.  The Cascades, especially in Oregon, continue to pace below normal.  Southern Idaho particularly stands out with its slow start to the water year. 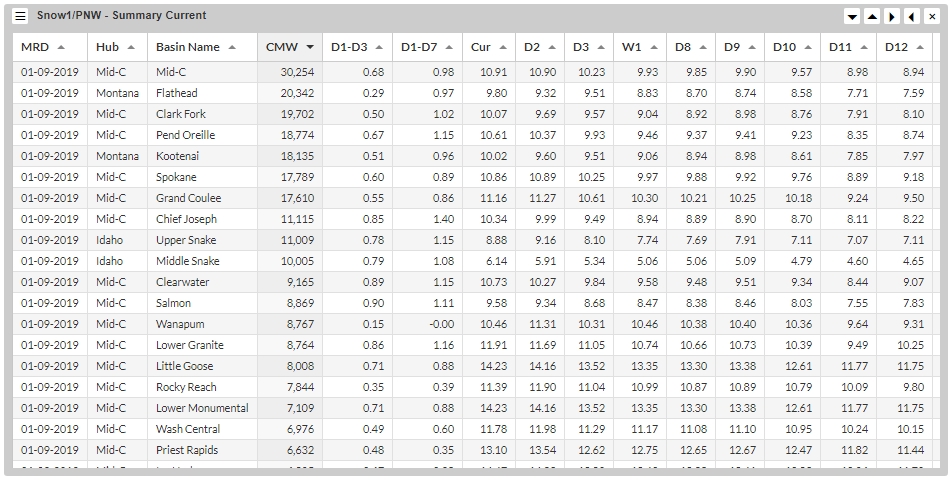 Chief Joseph highlighted this week’s snowpack increase with 1.40″ over the previous seven days and 0.85″ over the past three.  Bonneville showed slightly more gains at 1.70″, albeit within a less impactful reservoir basin.

All stations managed increases over the past three days though Wanapum and Flathead lagged behind all other basins with just 0.15″ and 0.29″ recorded respectively.

A slow start to this week’s snowfall hasn’t helped the Flathead basin when compared to the average, and especially not when compared to last year.  2019 sits more than an inch from normal and two inches from 2018.  Flathead paces ahead of just 2016 and 2017 as of yesterday. 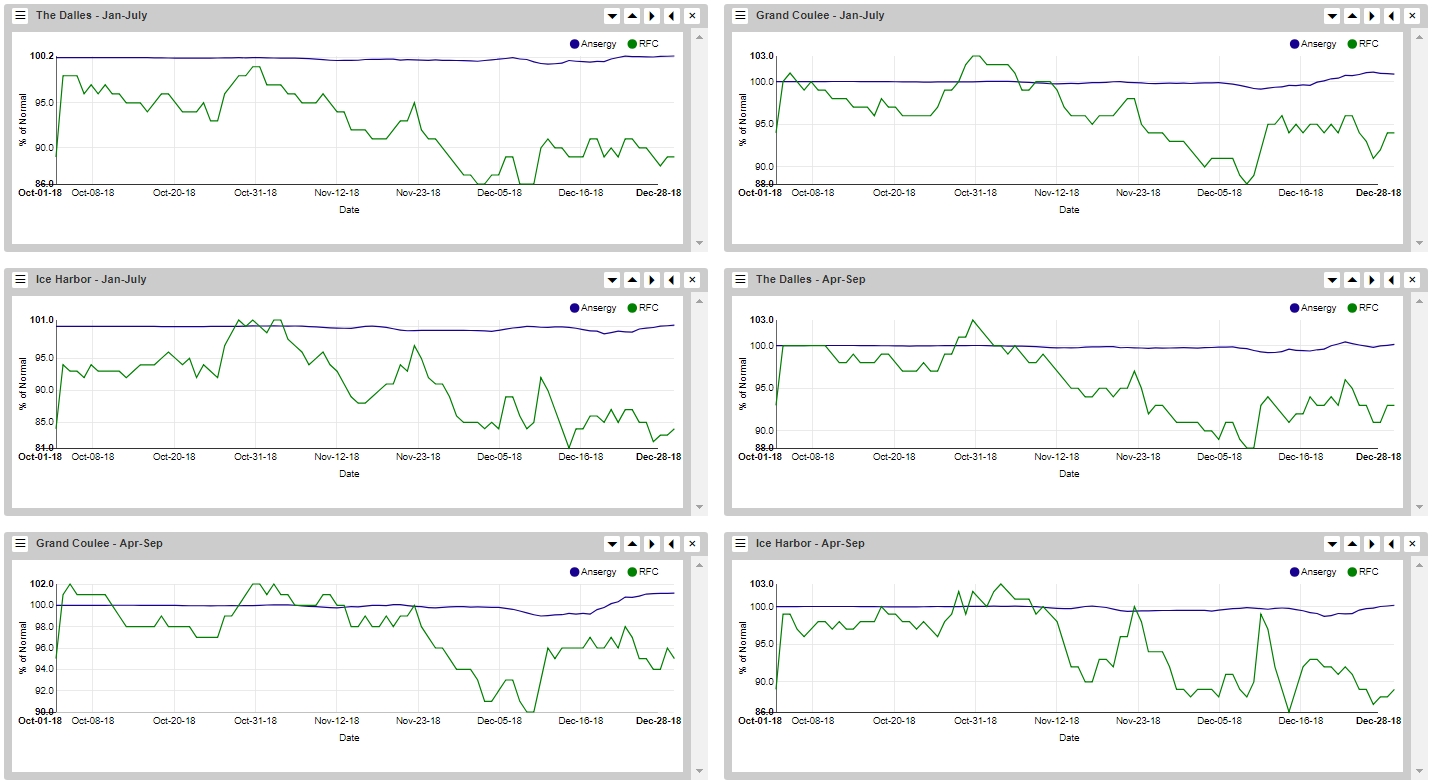 This is a peek at the difference between Ansergy and the RFC water supply estimates.  Grand Coulee Apr-Sep Ansergy and RFC were once on pace to converge, but that is no longer the case.

Just 9 of the 36 monitored stations are pacing ahead of normal, though 16 remain within 90%.  Quartz Mountain of the Klamath and Little Valley of the Truckee River are the only stations recording more than an inch above normal (1.2″ and 1.15 respectively). 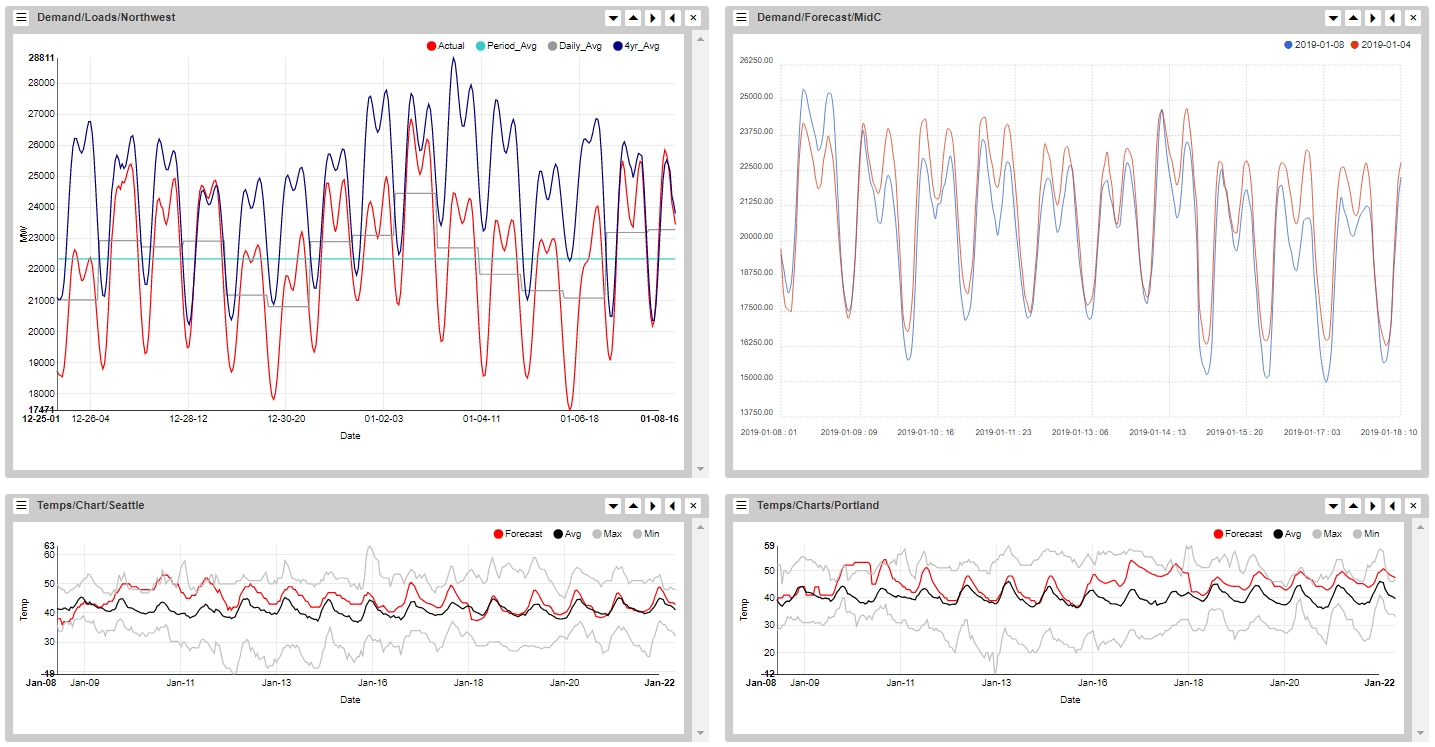 Yesterday marked the end of below-normal temps for Seattle as the area paces far above average through the 17th.  This coming week is highlighted by 50-degree temps on the 10th, topping out at 10 degrees above normal.

Portland should see mid-50’s over the 10th and 11th as well, though temps will dip into the high 30’s overnight, while Seattle is projected to stay above 40 for the foreseeable future. 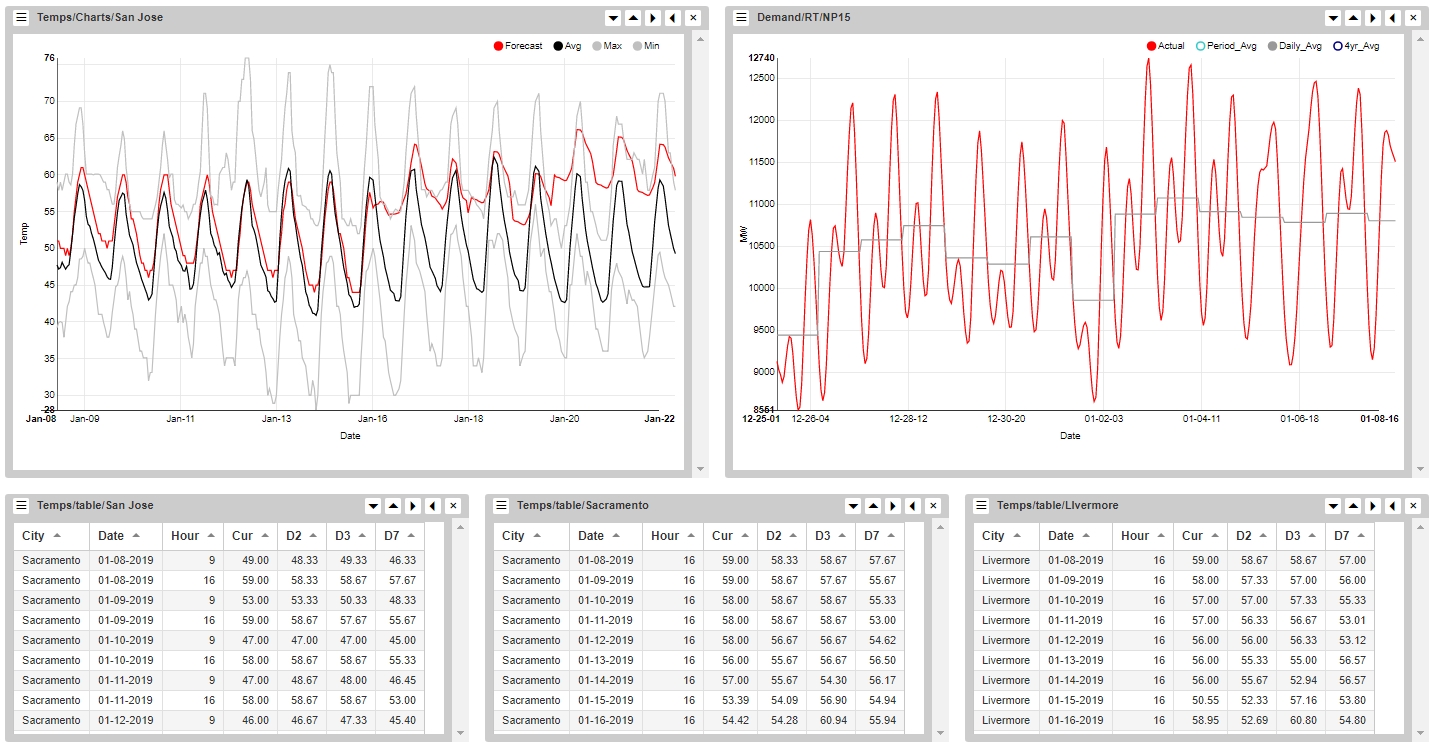 San Jose is projecting hourly temps one or two degrees above normal through the 16th, but as the chart depicts, a decent warmup may be in store thereafter.  Look for highs in the mid to upper-60’s as the forecast is rounded out. 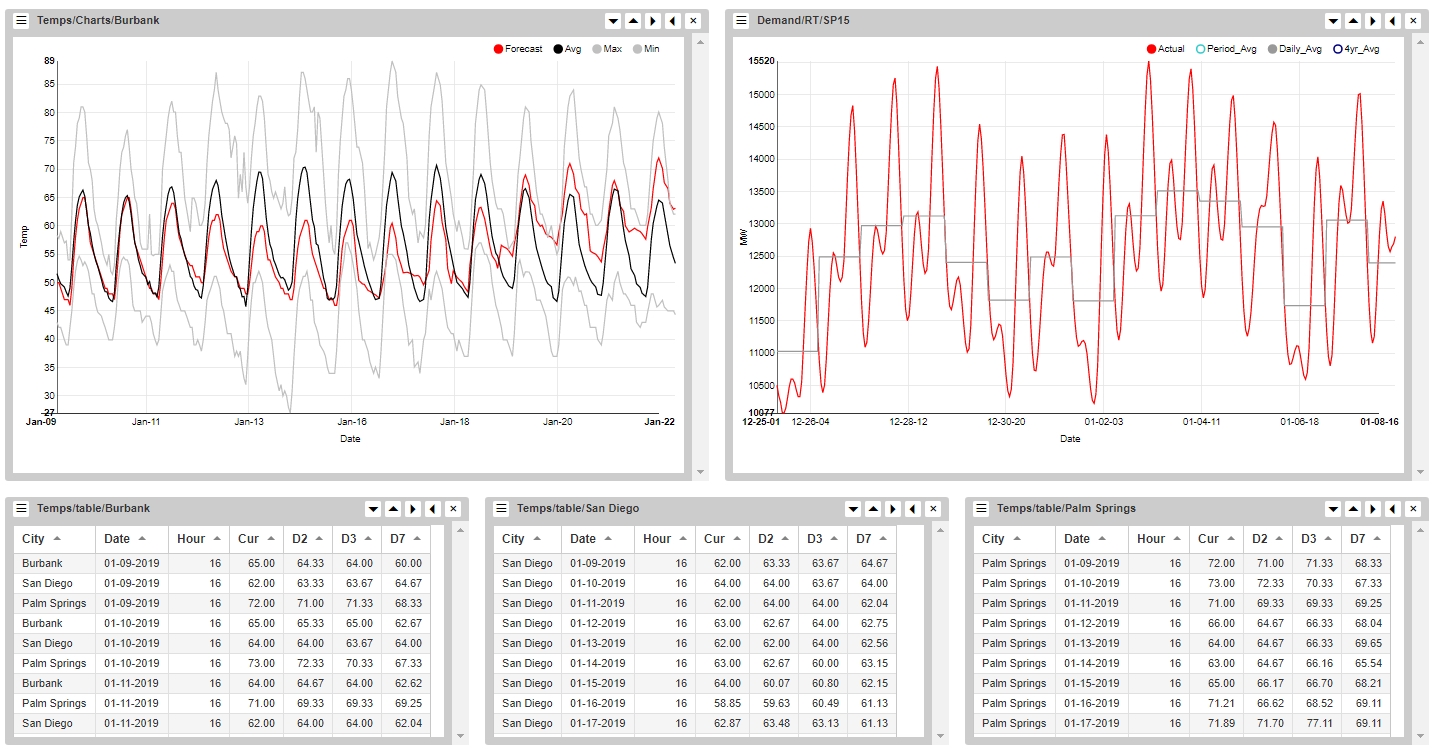 SP peak demand fell just more than 200 MW by mid-day though overnight loads were up close to 300 MW.

Burbank is trending cooler during the day with most highs falling 5+ degrees below normal, but more notably, is maintaining normal temps overnight.  The forecast suggests a return to normal by the 19th.

The desert cities will reach the 70’s today and tomorrow but will also see daily temps fall below average as we move into the weekend.  Overnight lows are expected in the mid-40s.

Phoenix managed s few days above normal recently, bucking the trend of a cooler winter, but a return to normal is in store beginning on Friday, at least in terms of daily highs.  Overnight lows look a few degrees warmer than normal with some days failing to fall below 50. 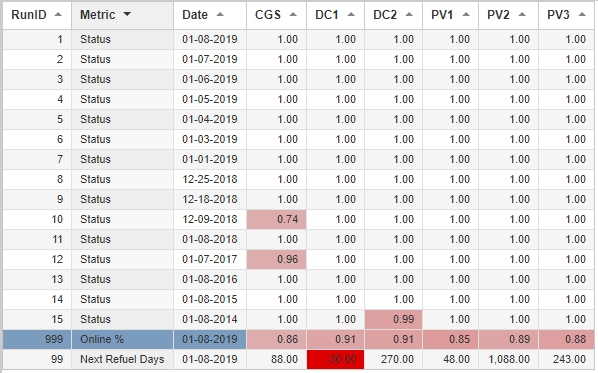 Mid-C wind picked up over the weekend, and aside from a light day on the 5th, the hub has seen consistent 1,000+ MW generation, including consecutive days with 2,000+ hourly peaks.

ISO gas outages have made a steady climb up the ladder since the beginning of the new year.  Outages have increased 3,300 MW since the 31st, including 500 MW day-on-day yesterday.

COI doesn’t show any variation in its TTC forecast as capacity is expected to stay at 3,125 MW through the next two weeks.

NOB maintains its momentary blip on the 14th and is unchanged compared to last week’s projection.