My takeaway from the fundy crawl was bearish. Bearish off of weather, both warm and wet, plus the TTC cut on the AC won’t help the MidC, though might firm up the ISO. Let’s see if the market is cheap enough to warrant some buys. Today we’ll examine the MidC curve, starting with BOM and include the rolls. 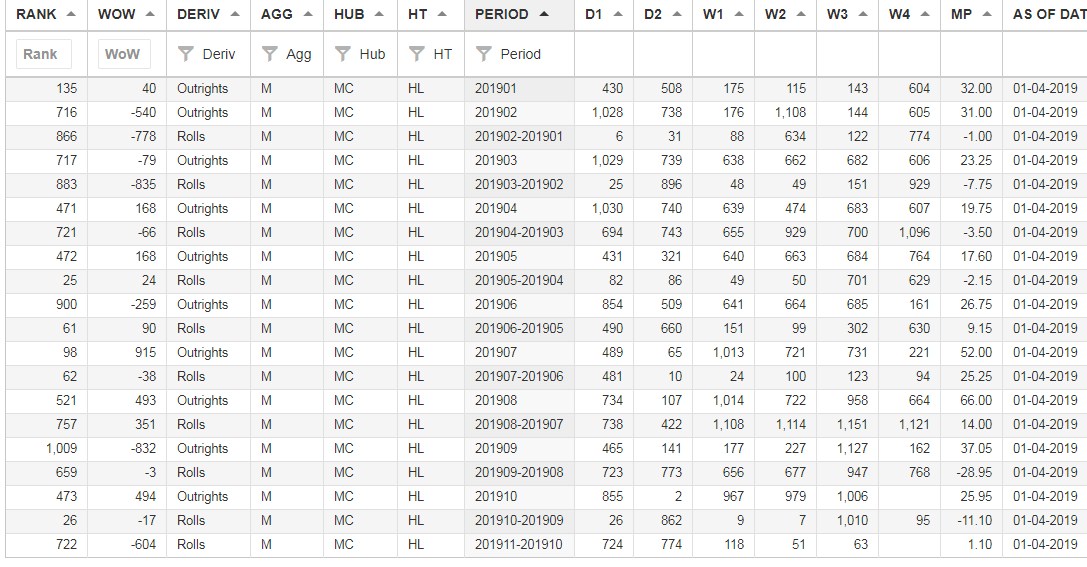 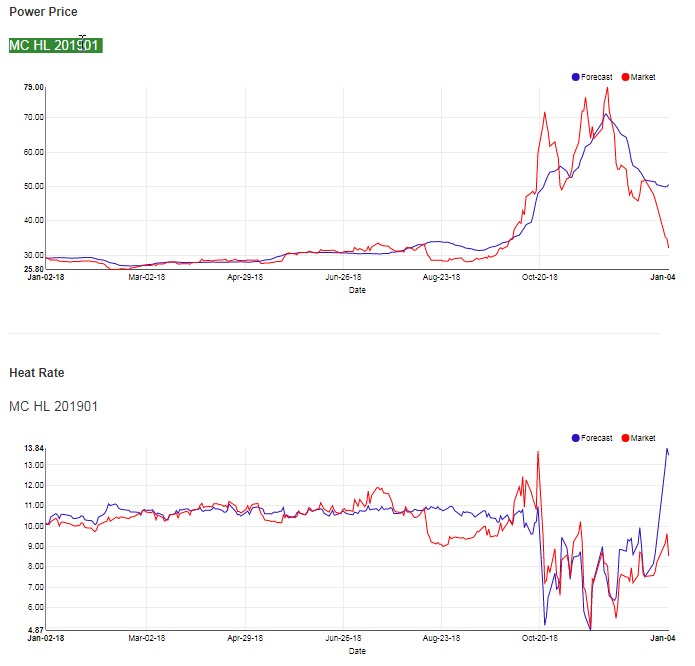 These are cheap prices, both Power Price (PP) and Heat Rate (HR). Are they cheap enough, though? I don’t think so, though the heat rate is well below the one year average. I’m concerned about: 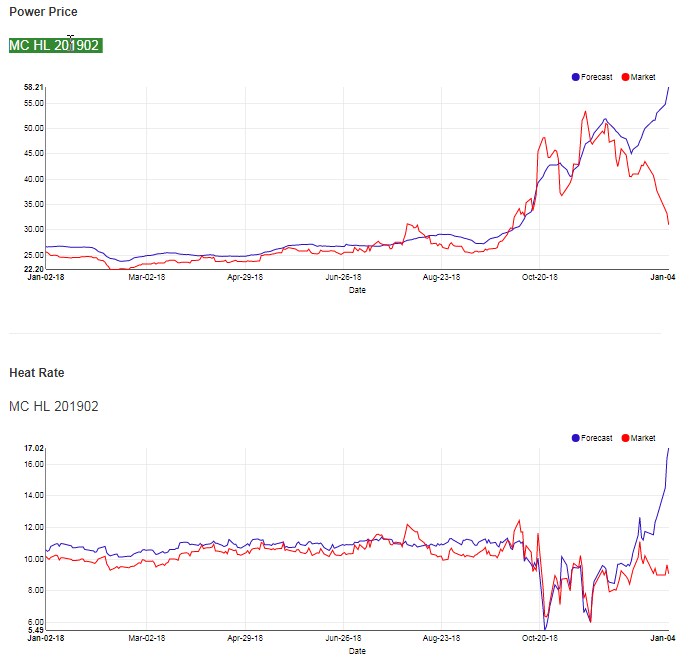 Feb is in a death spiral, too, but don’t think that bear trend is over. For the same reasons we’d sell BOM, we’d also short Prompt, and Feb also will see flood control induced flows. SHORT 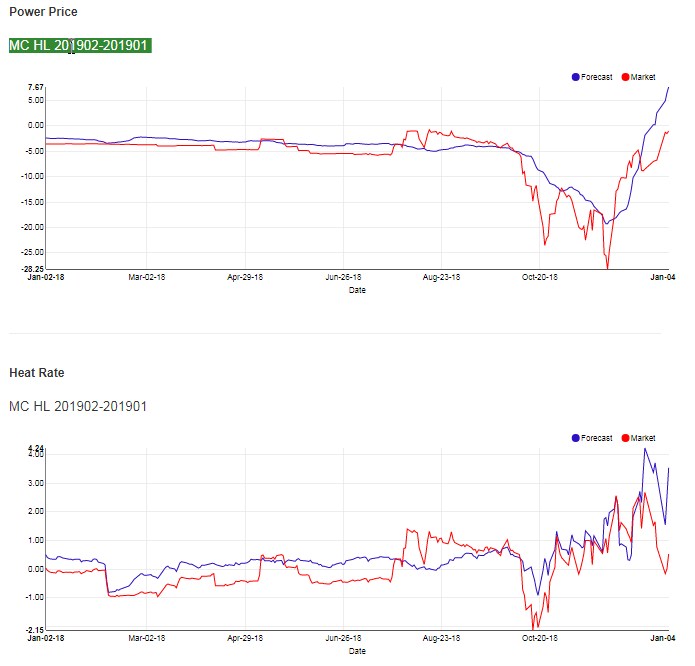 Two schools of thought on the Prompt|BOM roll. One says Feb will see higher flows than Jan and you should sell the roll; plus it hasn’t gotten a bit pricey after trading negative thirty! The other school says buy this because Jan owns a 14-day warm anomaly whereas Feb still has a chance for a real cold event.  I’d lean towards School One as a bird in the hand is worth two in the bush. That said, I’d short both of them. 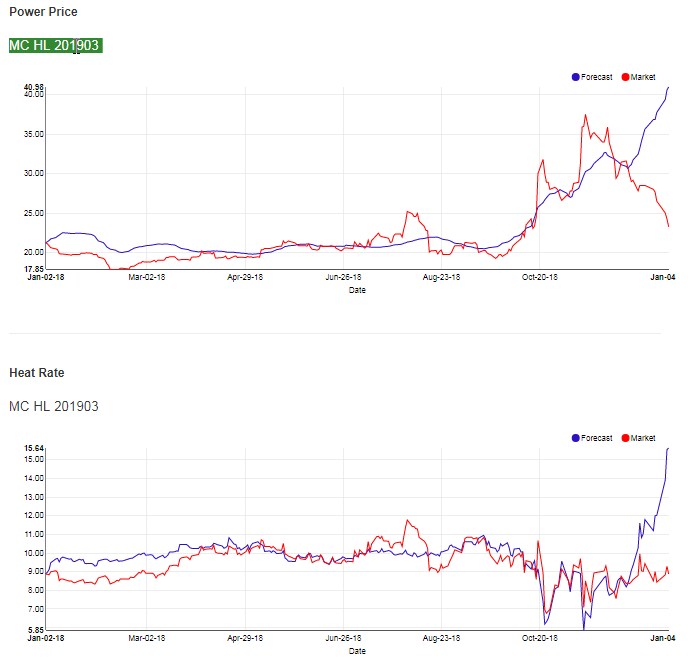 March is cheaper, not cheap. If there is drum gate work this year, the draft will come early, most of it in those first two weeks of March. SELL. 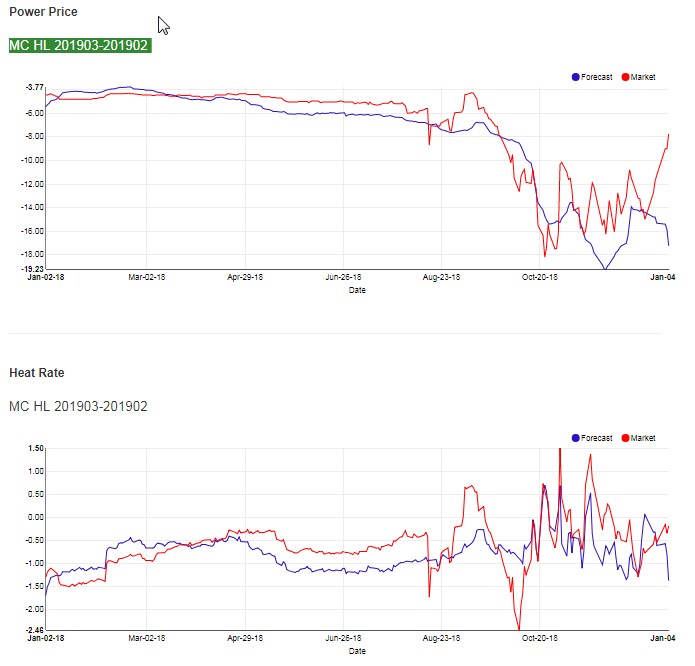 The roll isn’t cheap anymore, it is reasonably priced. Odds of cold are greater in Feb, and if did anything, I’d sell the roll (buy Feb, sell March), but I’m short it all, so PASS 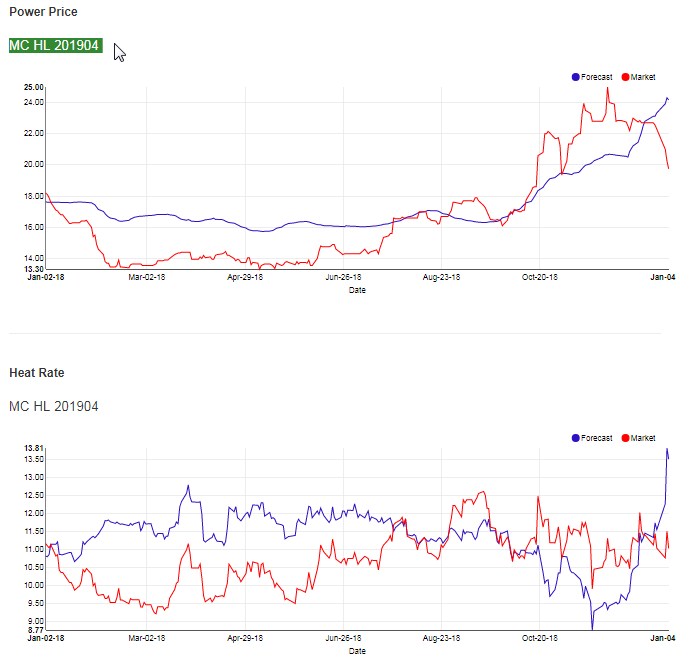 April took a tumble, like the other bullets, but is still more on the rich side than not. This is a dry water year, and we may see minimal draft-induced April flows. That said, we are bears in the front, in cash, so why would we buy anything? PASS 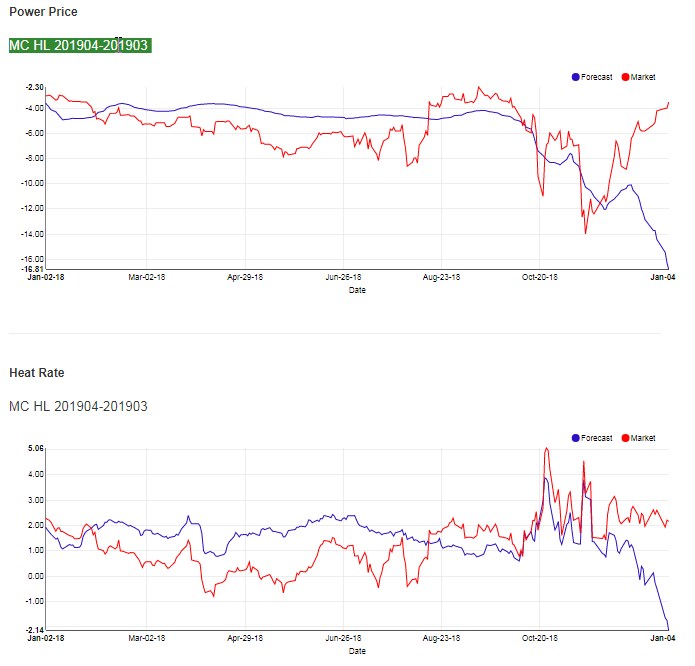 The Widow-maker, April-March, and it is priced within the one year average. There won’t be a lot of regulated water assuming a 1248′ draft and there are several instances where April cleared over March (2017!). no reason to clutter up the book with a marginally interesting position – PASS. 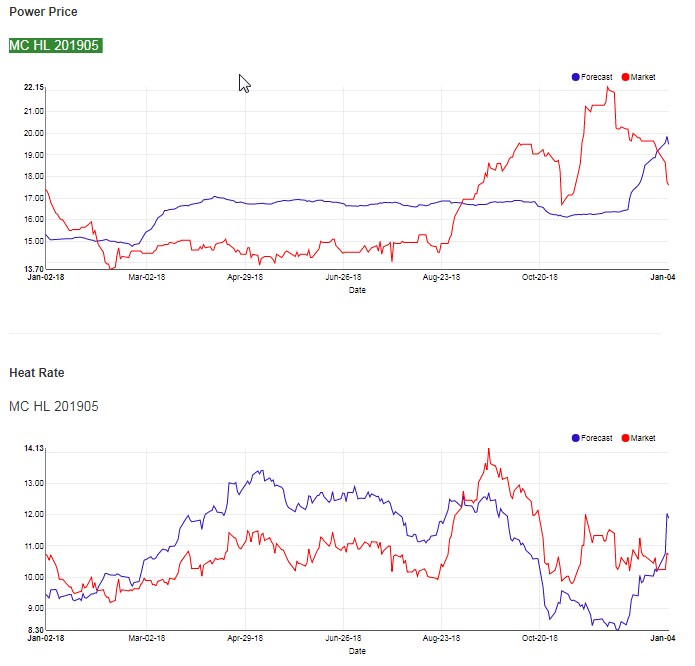 Like all things MidC, the May has sold off. But this is a dry water year, 91% as of Friday, so shouldn’t it rally? You can’t blame this selloff on the restoration of Westcoast pipe’s capacity, no, one ever expected the outage to extend into May. Perhaps not, but rally May did off that explosion, look at the move around Oct 15. That was the trade, shorting May off a Sumas rally.  I would be tempted to start buying this but will hold off and focus on the front. Let’s see what June and July have done. 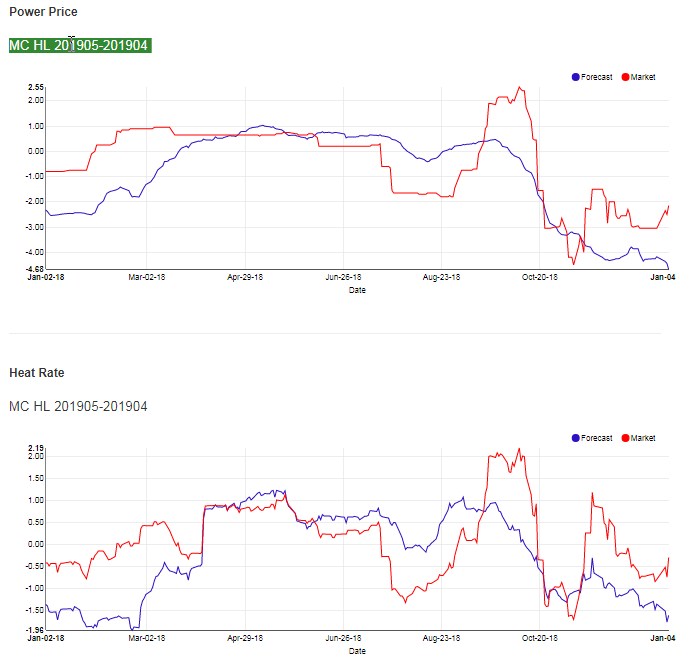 The problem with a small draft is a small refill in May and June. If anything, I’d sell this roll today, but won’t; prefer a directionally short position in the front. 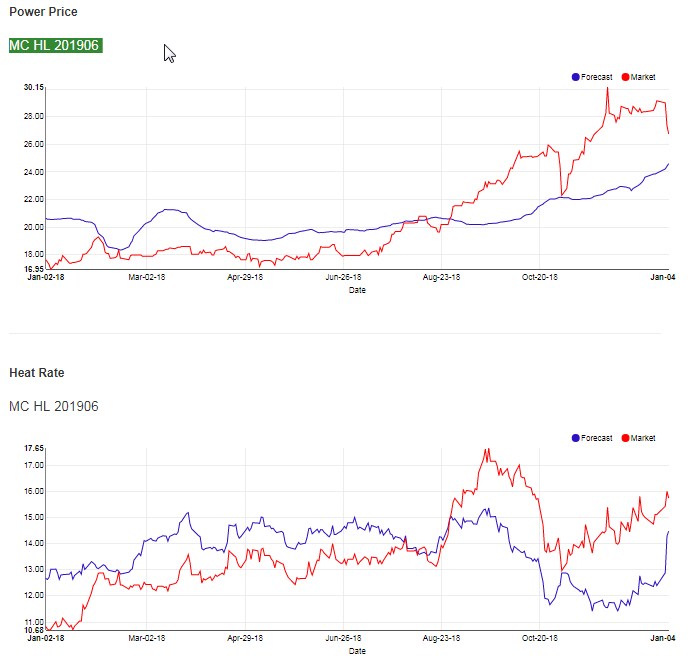 June stumbled Friday, but not by much. We like owning early summer at MidC, but not today. PASS 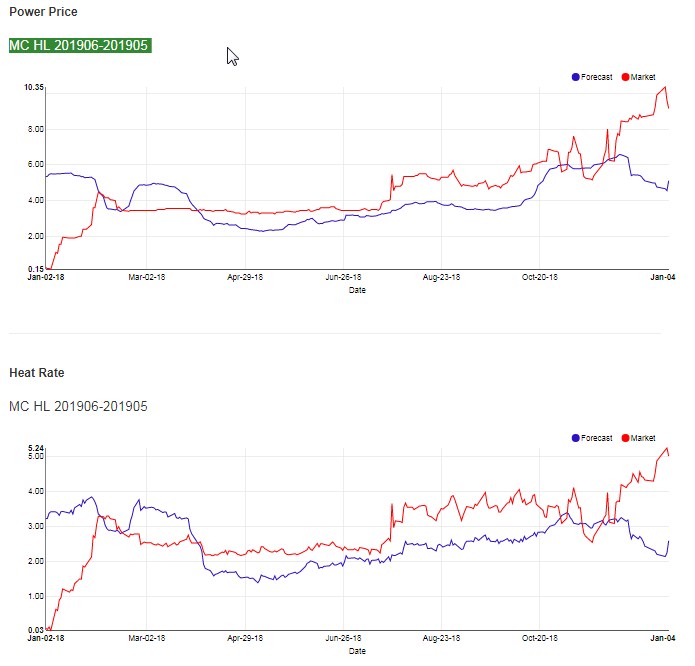 This isn’t cheap, the June|May roll, but it is a nice position to own if Socal doesn’t restore its import capacity. If Socal does recover that 1 BCF, then all summer bets are off. Still, the roll is a timing play – when does the snow melt? No one knows today so we’d be more inclined to fade anomalies. SELL 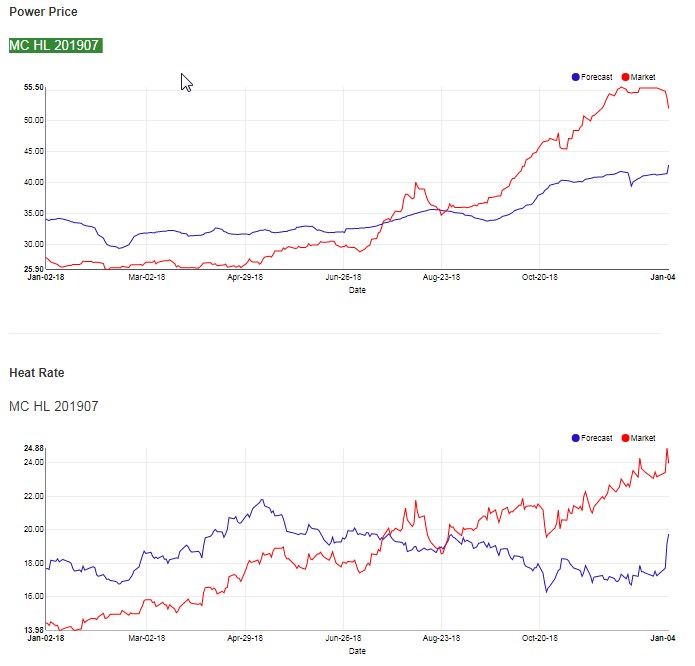 So much of this premium is driven by Socal Citygate. Traders hope and expect more $30 gas prices next summer, that is why July is clearing north of a 20k heat rate. I’d be nervous about taking too long of a SP summer position, and through buying July MidC at today’s prices, that is exactly what you would be doing. 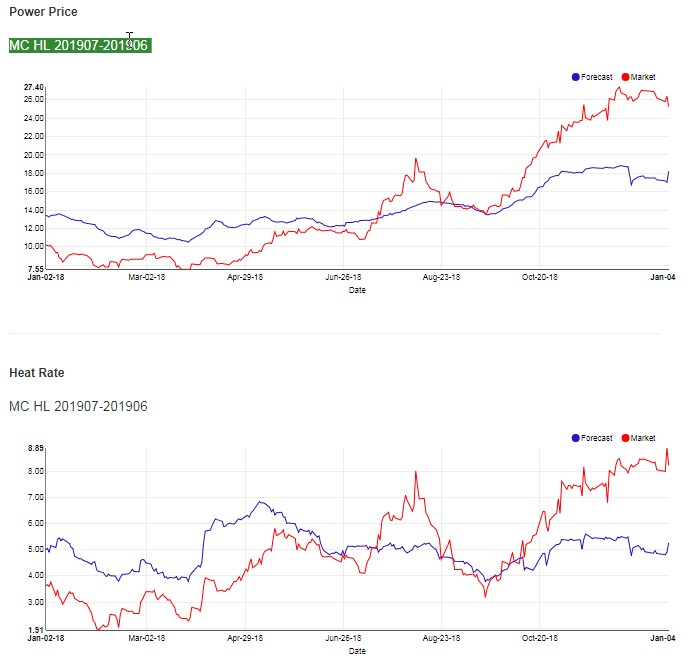 I’d suggest you have better odds of high Citygate prices in June than July given the current construction schedules. This roll is quite pricey – SELL 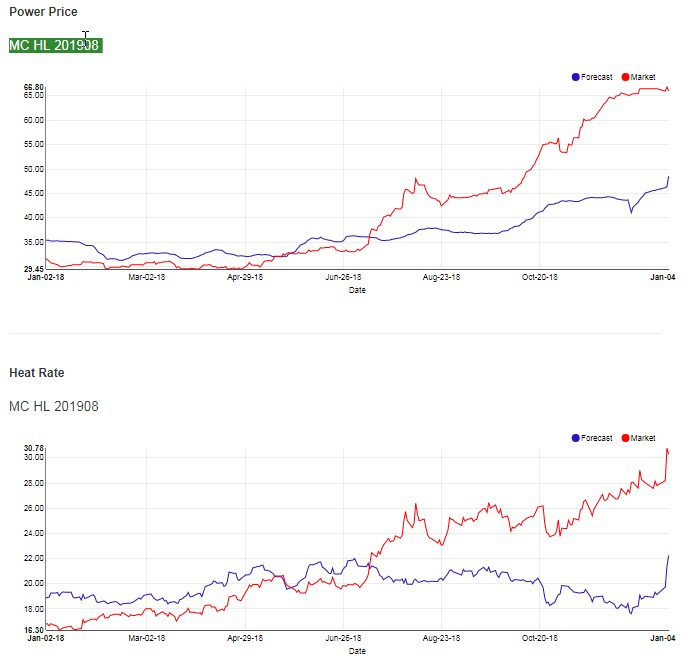 August didn’t budge while the rest of the curve was smoked; but take a look at that heat rate rally last last week. This suggests August is probably $5.00 too high and will be sold down this week.