December showed up as the only month with a week-on-week increase in forecast, albeit just a 138 aMW increase.  January saw last week’s increase more than negated following this week’s 323 aMW drop.  February showed a decline for the third-consecutive week (386 aMW), while March fell 279 aMW following last week’s 400 aMW increase.

Despite December’s overall monthly increase, the majority of days are spent behind last week’s forecast.  In fact, after falling behind the previous forecast on the 20th, no further days in the remaining four months are projecting increases.  The largest overall difference shows up on March 5th at 600 aMW. 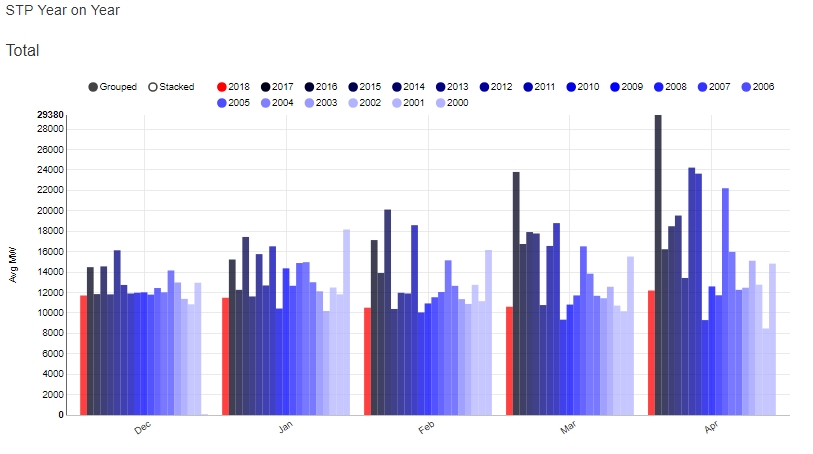 Despite today’s increases to December, this water year still falls short of all other years aside from ’02 and ’03.  The remaining months continue to lag behind as well, especially February which paces ahead of just two other years as well.