All four months through February showed heavy week-on-week decreases (the first few forecasted days of March showed up this week, thus nothing to compare it to).  January and February each wiped out the gains it had seen over the past two weeks, at least partially due to much of the Enbridge explosion coming to a more-known conclusion at this point.  November and December remained above its forecast from two weeks ago and well above what we saw three weeks ago.

November begins this forecast with an uptick in the first two days, but every day thereafter falls short of last week, with the largest decline showing up at 600 aMW by the 11th.  December carries over much of that same though the difference narrows as the month progresses, ultimately leaving December with less of a change than November.  January shows little change until the 9th where an 800 aMW difference is held through the remainder of the month.  February sees that difference widen to more than 900 aMW. 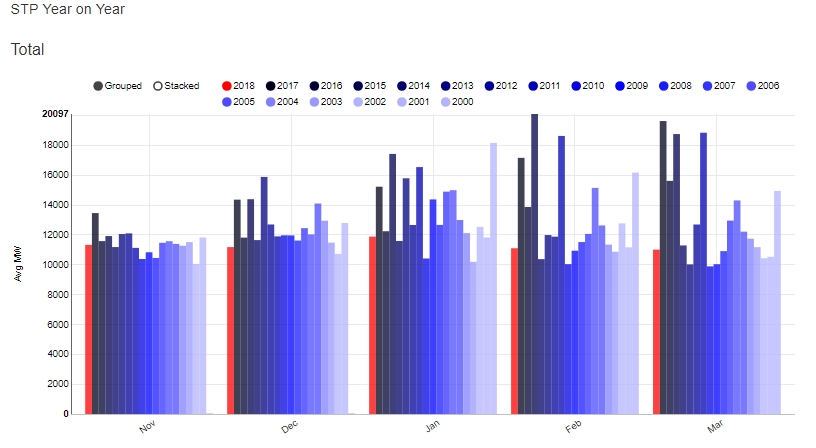 Despite the week-on-week decline, November and December remain mostly unremarkable compared to past years.  Jan-Feb appear below-average, but another decline next week could make the months show up more as an anomaly.