We split the post into Fundies and APT; we’ll do that whenever we run short of time as we like to get the fundy post out pre-market. I’m also considering changing the APT to something like the following:

Let me know what you think; for me, focusing on one hub at a time provides additional insights into the relative bullets. 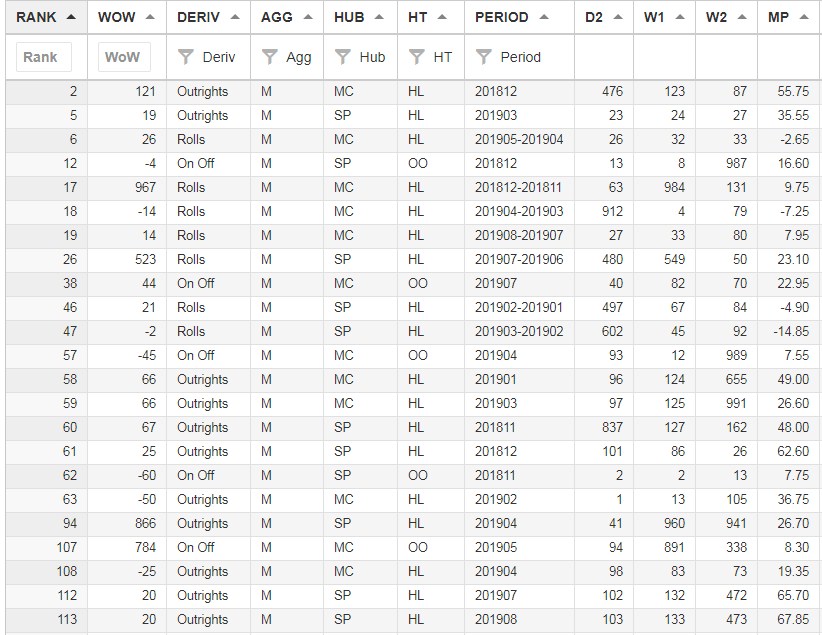 Most of the trade ideas were generated by sorting off of rank ascending;  the rest were culled by sorting on WOW descending and ascending. The following trades are in no particular order; they just caught my eye. 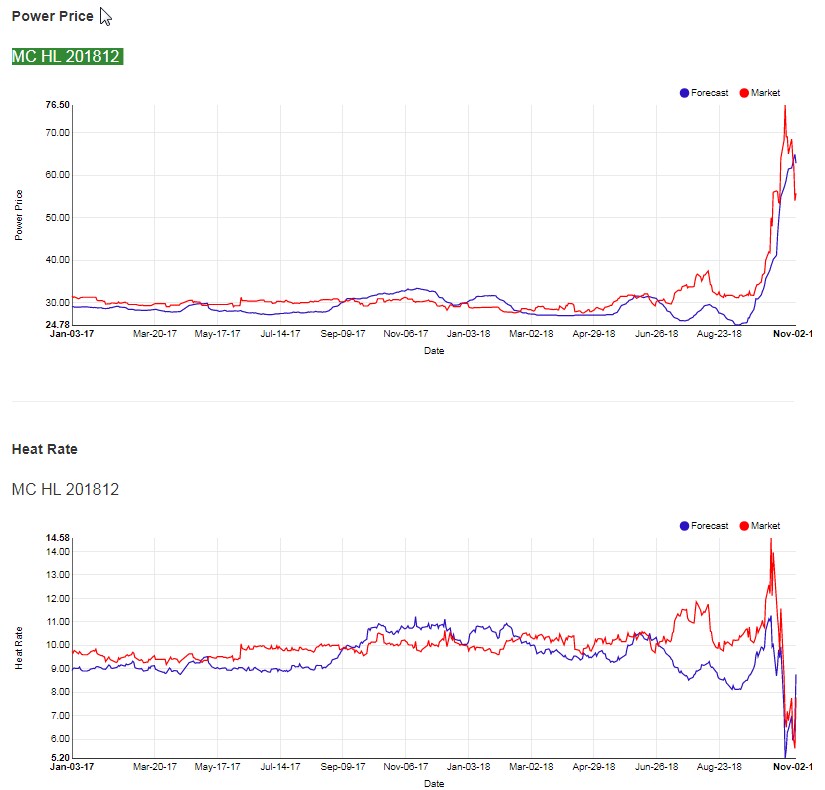 We alluded to the pullback in the fundy post, this is the Prompt MidC and it has tanked. From a heat rate perspective, it is ridiculously cheap and all you need to make this a home run is for Enbridge to return to 100% and the heat rate will return to 10k. So, you must either believe the pipe will be constrained through Dec or not; if the former, you’d be bullish on price and this looks like a buy. If the latter, then you should buy the heat rate. We’d be biased long at MidC for several reasons. 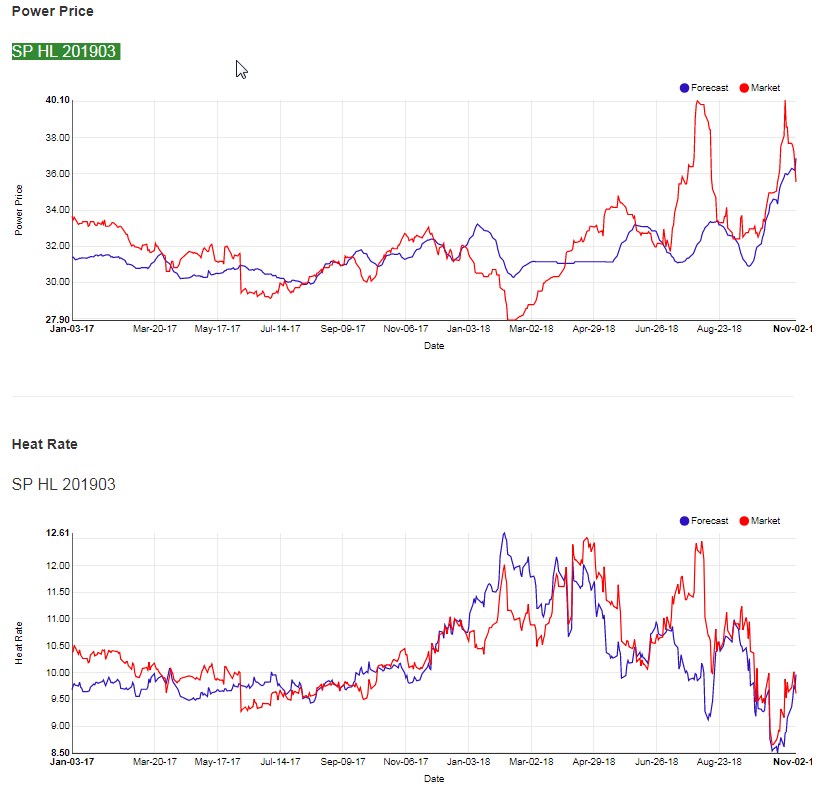 March SP15 is interesting because it has now converged to the Ansergy forecast which is a buy signal. This is cheap if LA gets cold as all ships will rise in the flooding tide. There are a whole lot of winter days in front of us; surely there will be a stretch of really cold. The risk is this continues to freefall but, with LA cooling off, Socal’s core gas demand is about to rally hard. Cautious long. 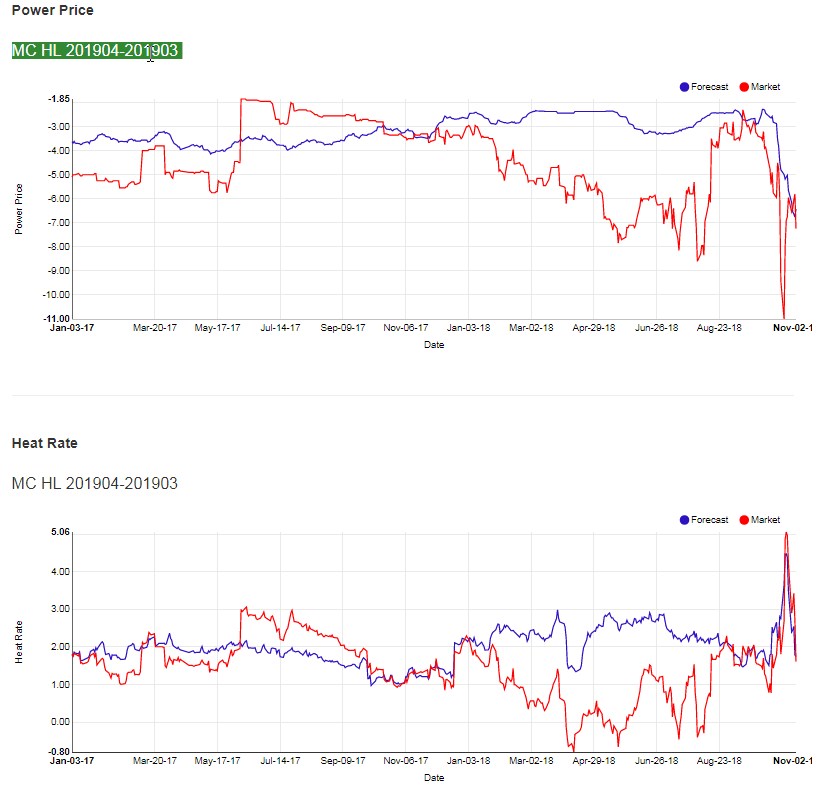 The April-March MidC roll seems cheap to me for a couple of reasons. 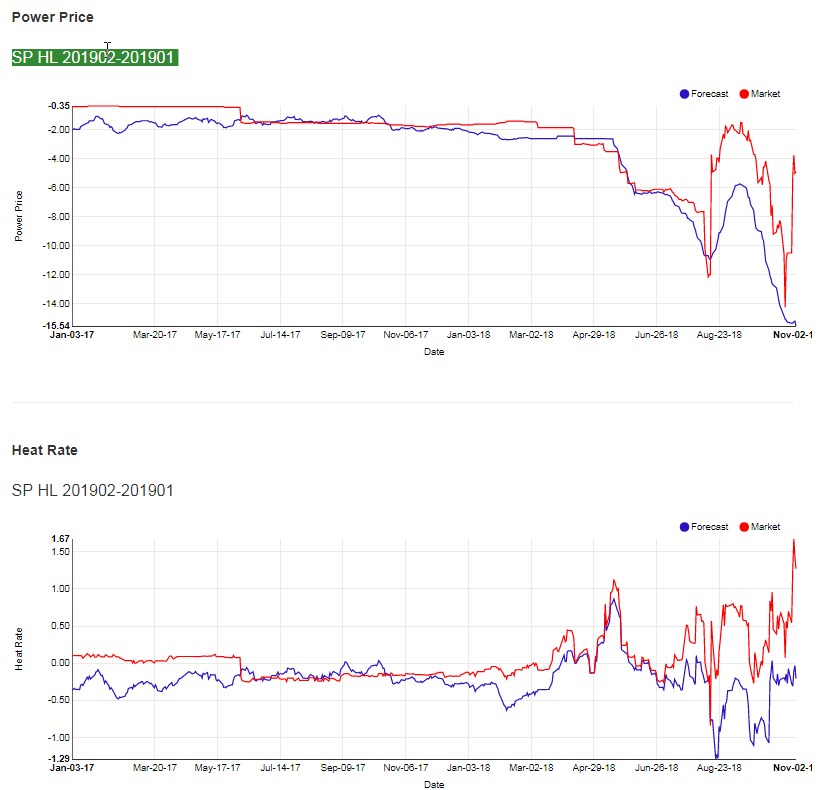 This caught our eye because of the recent price movement upwards, both in heat rate and price. The heat rate is now at a contract high, Feb over, and even the price is approaching pre-summer levels. Odds of bitter cold are greater in Dec and Jan than Feb. 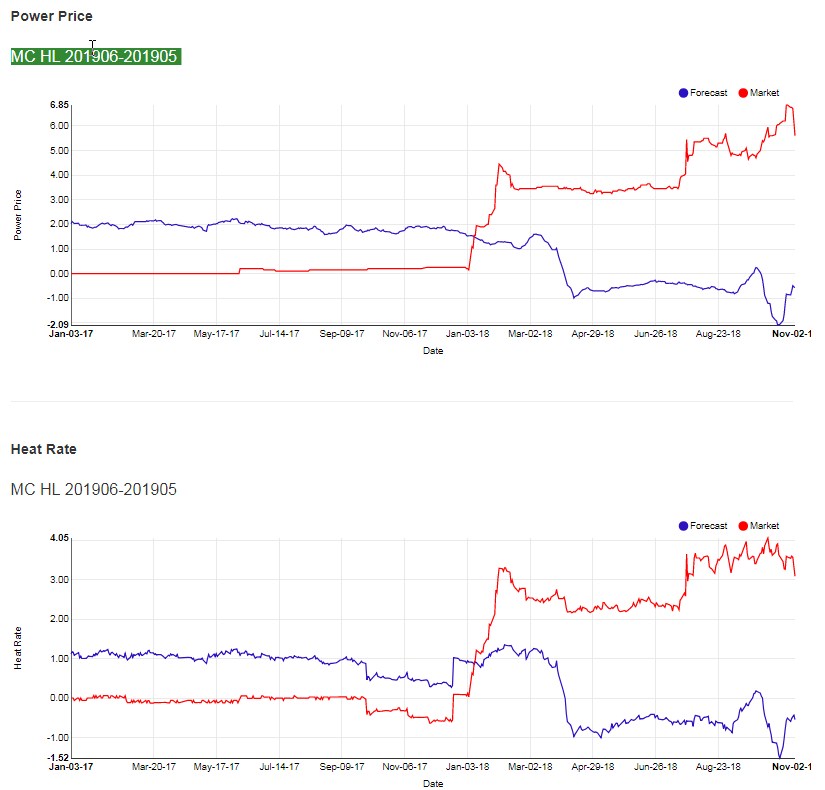 This is a pure runoff timing play, and we point it out because it is expensive and we know little about the water year and nothing about its timing. This won’t move for a few months, but we think it is over-priced today. 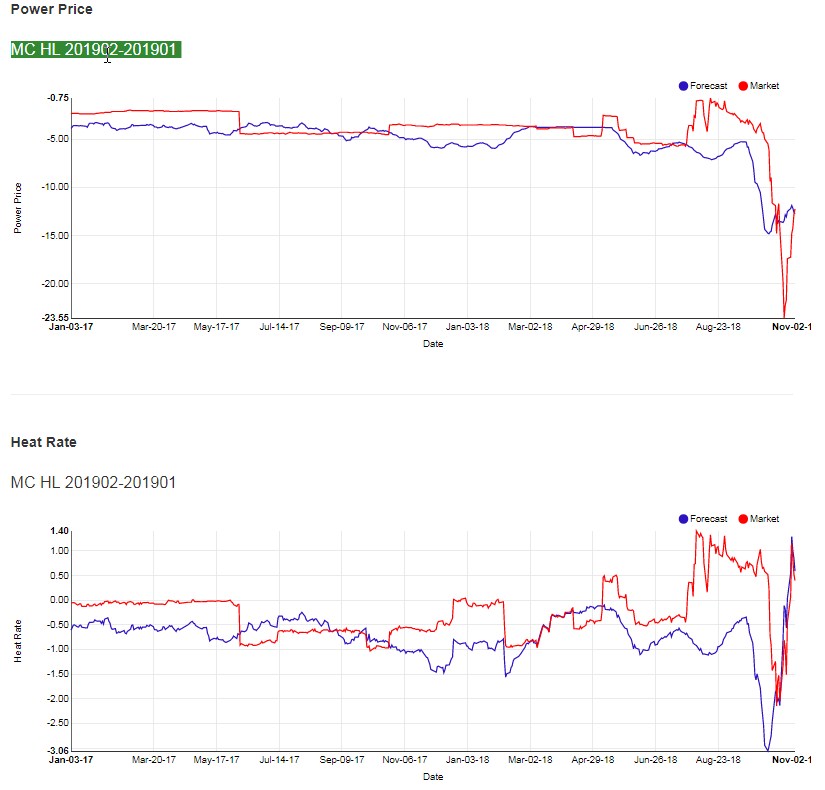 We discussed the SP Feb-Jan earlier, this the MidC’s version of the same. Perhaps it was cheap two weeks ago, but it isn’t today and is more reasonably priced as it now settled on the forecast. We’d be inclined to sell it and bet on early cold and hiccups restoring Enbridge. 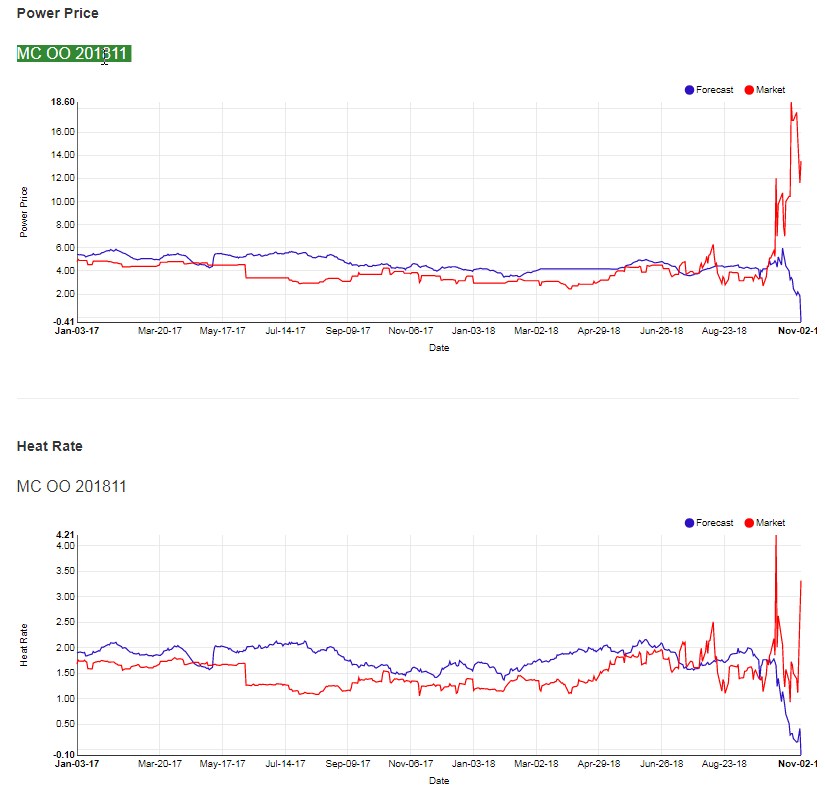 The ON|OFF for MidC BOM seems a bit rich given no water and rallying off-peak loads. This corrected, but we think there is more room to come off. 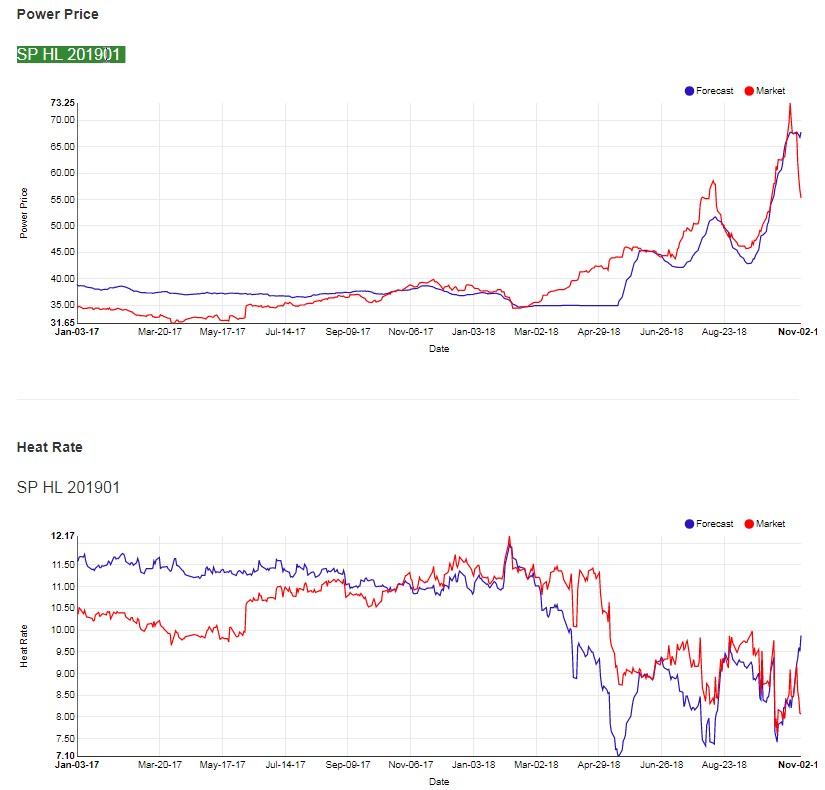 Jan SP seems on the cheap side, perhaps because it was priced so high, but the first hint of cold and Citygate will scream up.