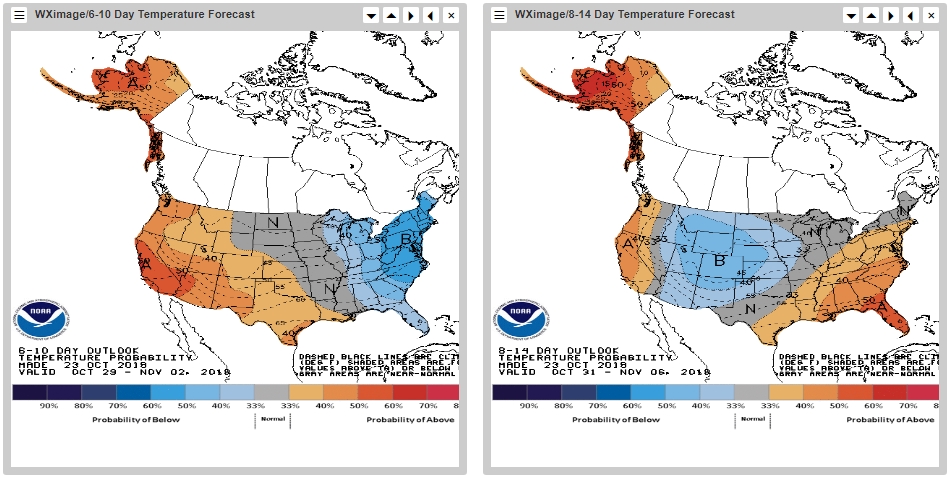 Enjoy this what’s remaining of this week’s warm weather as next week looks like the kicking-off point of autumn for much of the West (particularly east of the Cascades and east of Southern California).  The coastal regions will cool down from where they stand today but should still sit slightly above normal. 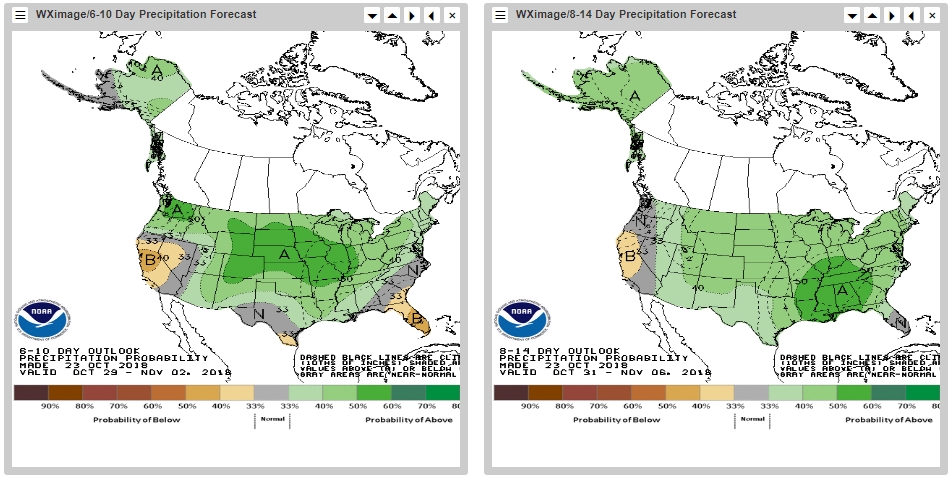 The Northwest will get its share of precipitation this week before seeing the weather pattern trend back toward normal.  Northern California appears particularly dry compared to normal where we might expect some measurable precip. 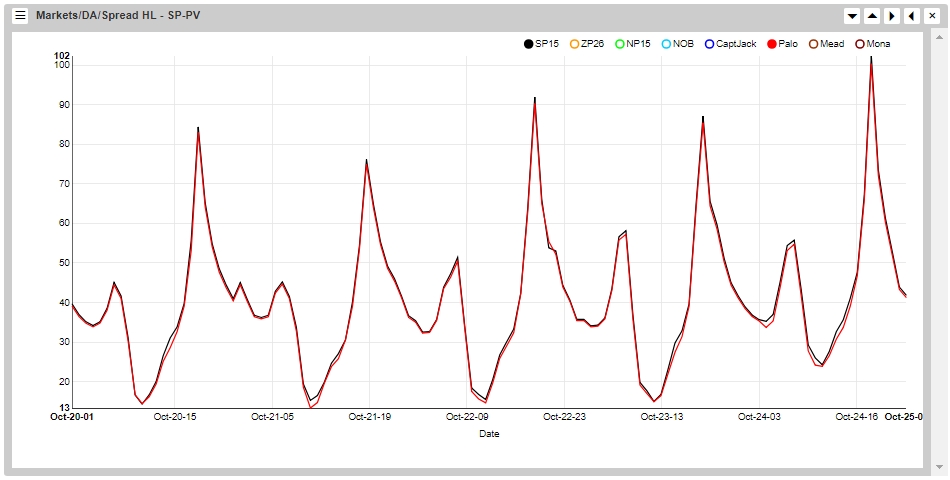 The SP-NP day ahead spreads are showing a difference of just $2 at their peak each of the past several days.  SP-NP increased that difference to $3 on the 22nd but fell back to $2 by the 23rd. 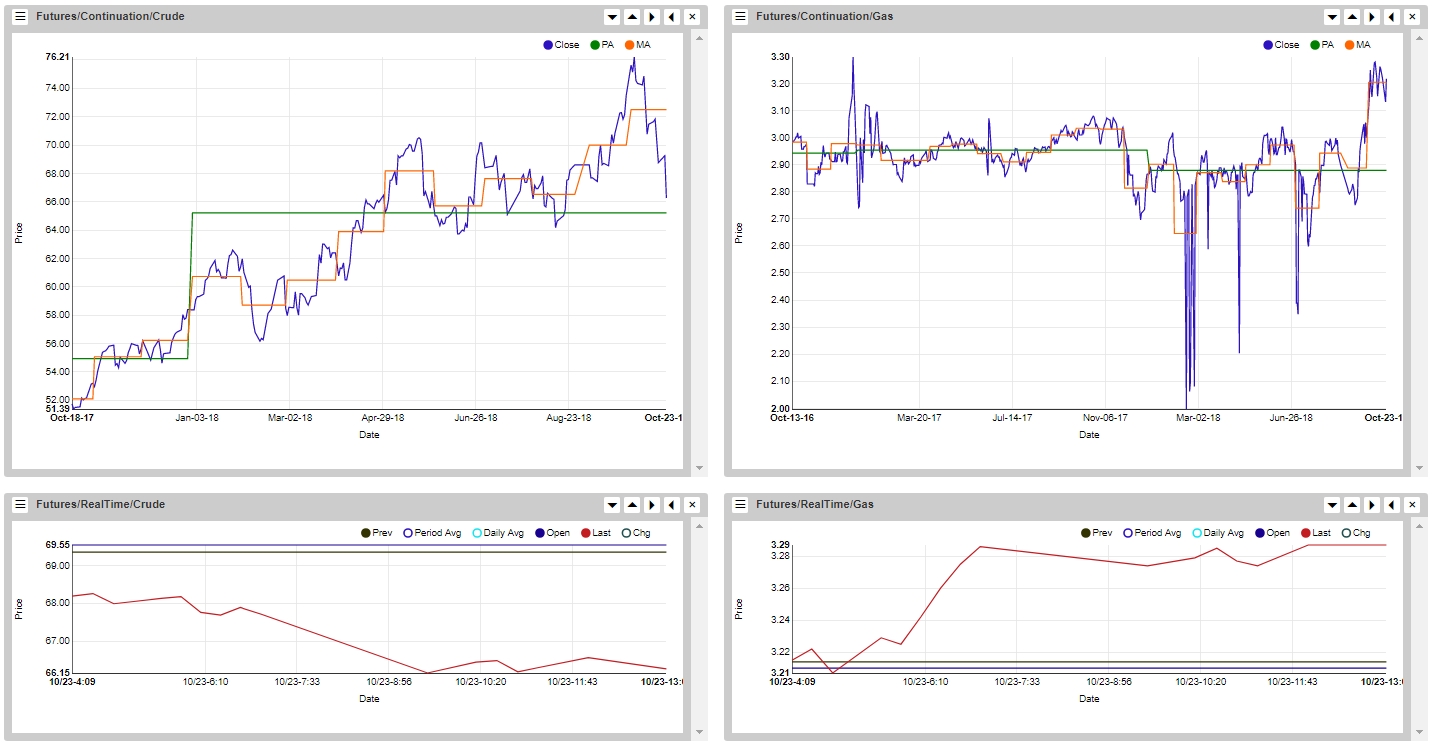 Crude came off nearly $2.00 yesterday and is now $10 off from its high on the 3rd of this month.  Gas is moving the opposite direction after tacking on another $0.08 yesterday, reaching as high as $3.29 in the process. 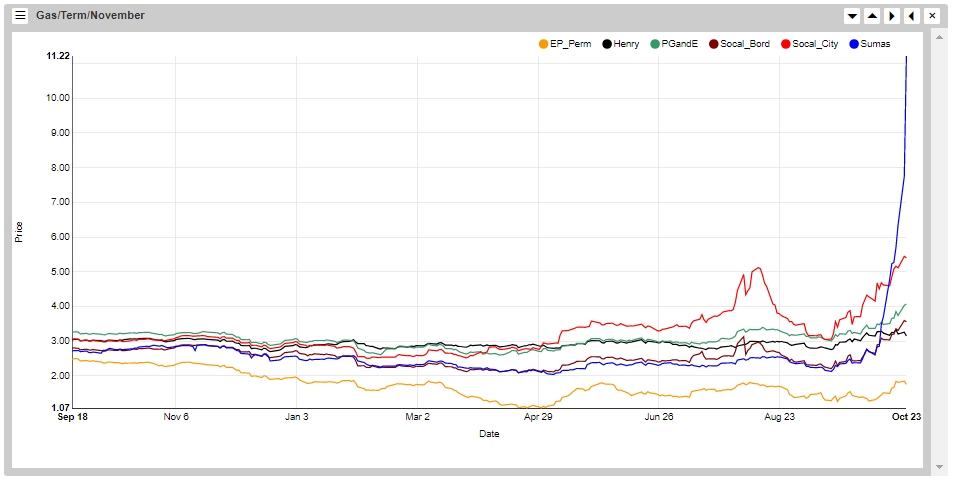 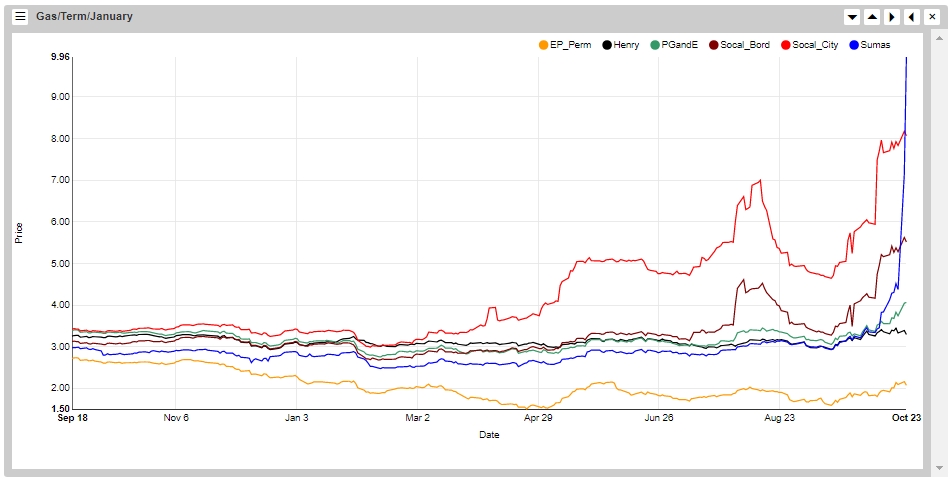 Sumas isn’t showing signs of slowing down in either November or January as it’s reached $11.22 and $9.96 in each month respectively.  Both months have seen Sumas more than double in just the past week as the pipeline explosion shows a more lasting effect on the market. 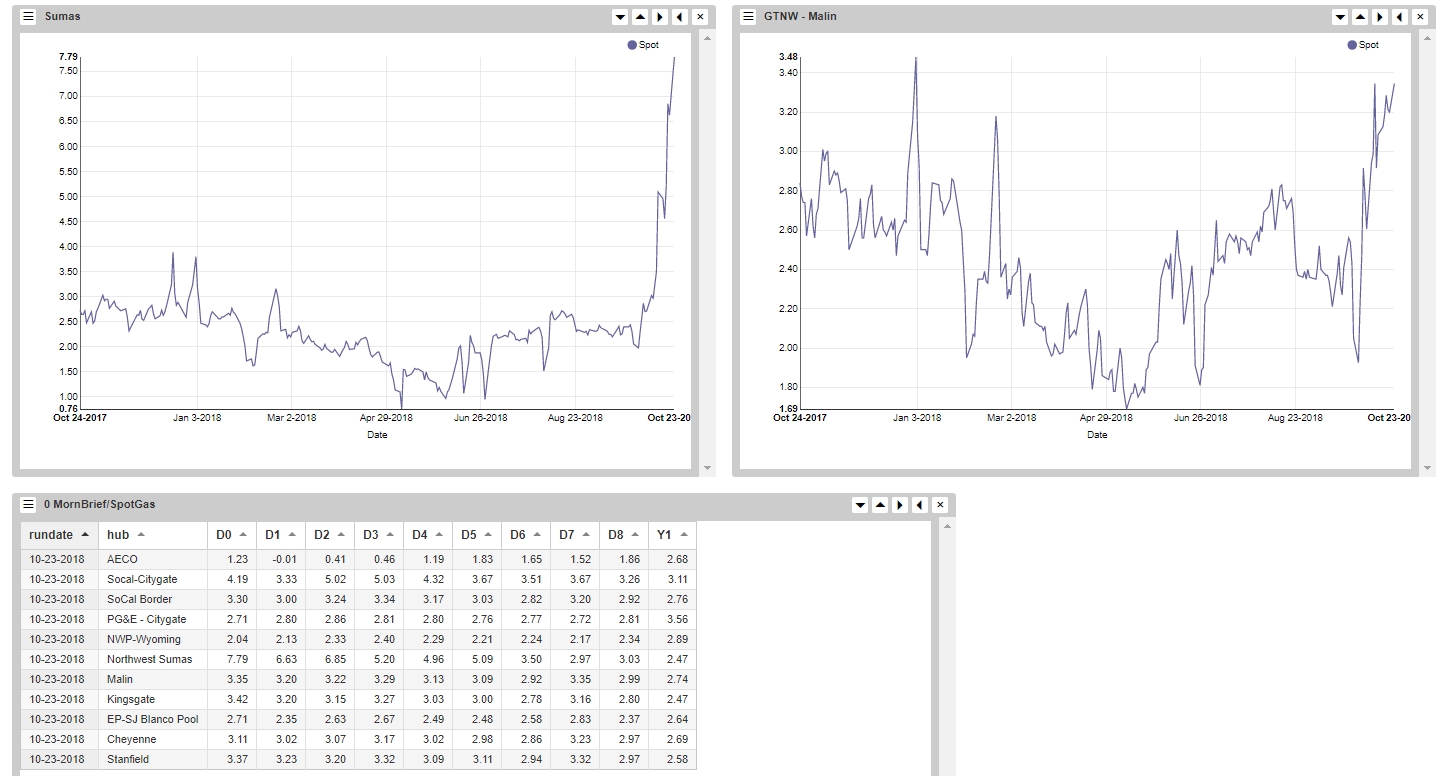 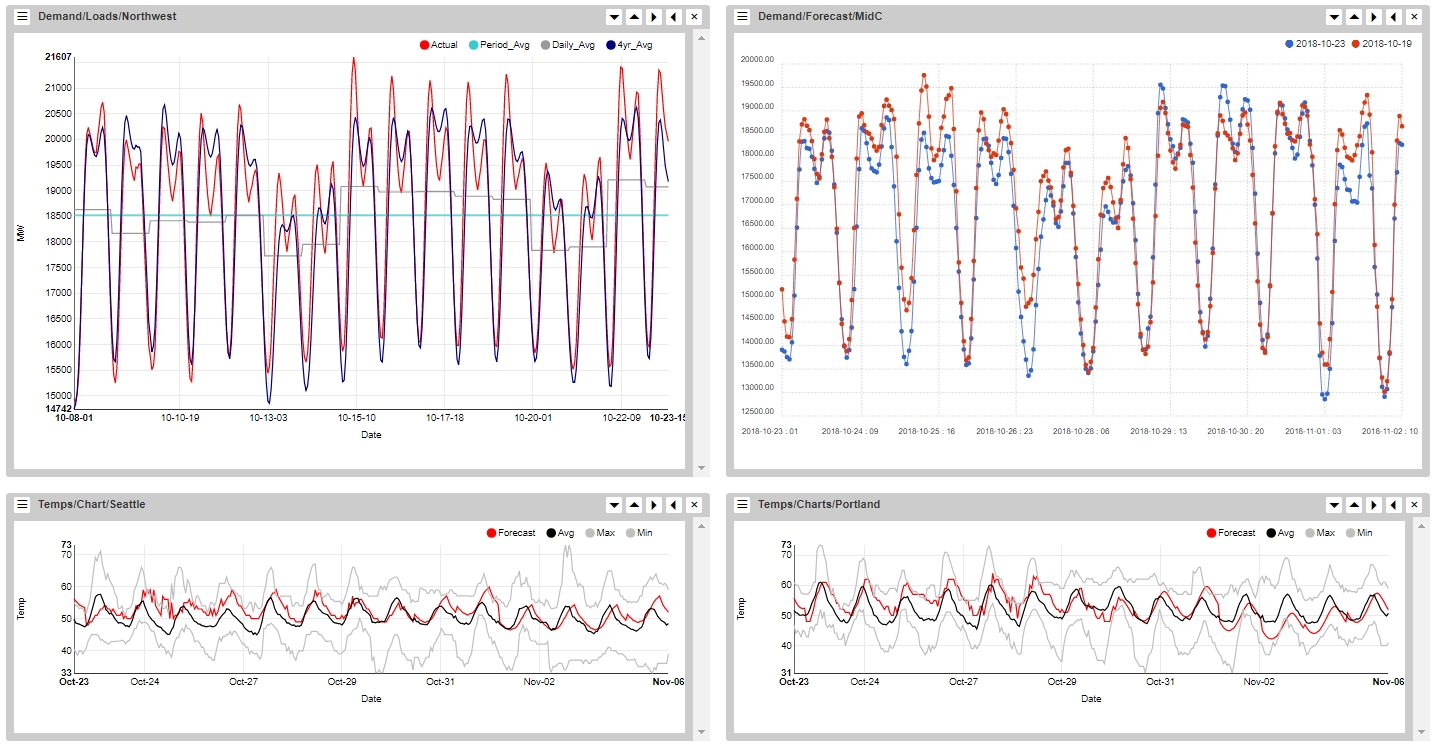 Seattle gets a moderate increase over normal today with a high of 59, three degrees above average.  Daily lows show the largest variance, however, as nights as falling only to 50, five degrees above where they typically sit this time of year.

The mild weather isn’t showing up as mild loads as week-on-week demand appears slightly up at its peak (100 MW), and up 200 MW in the daily average. 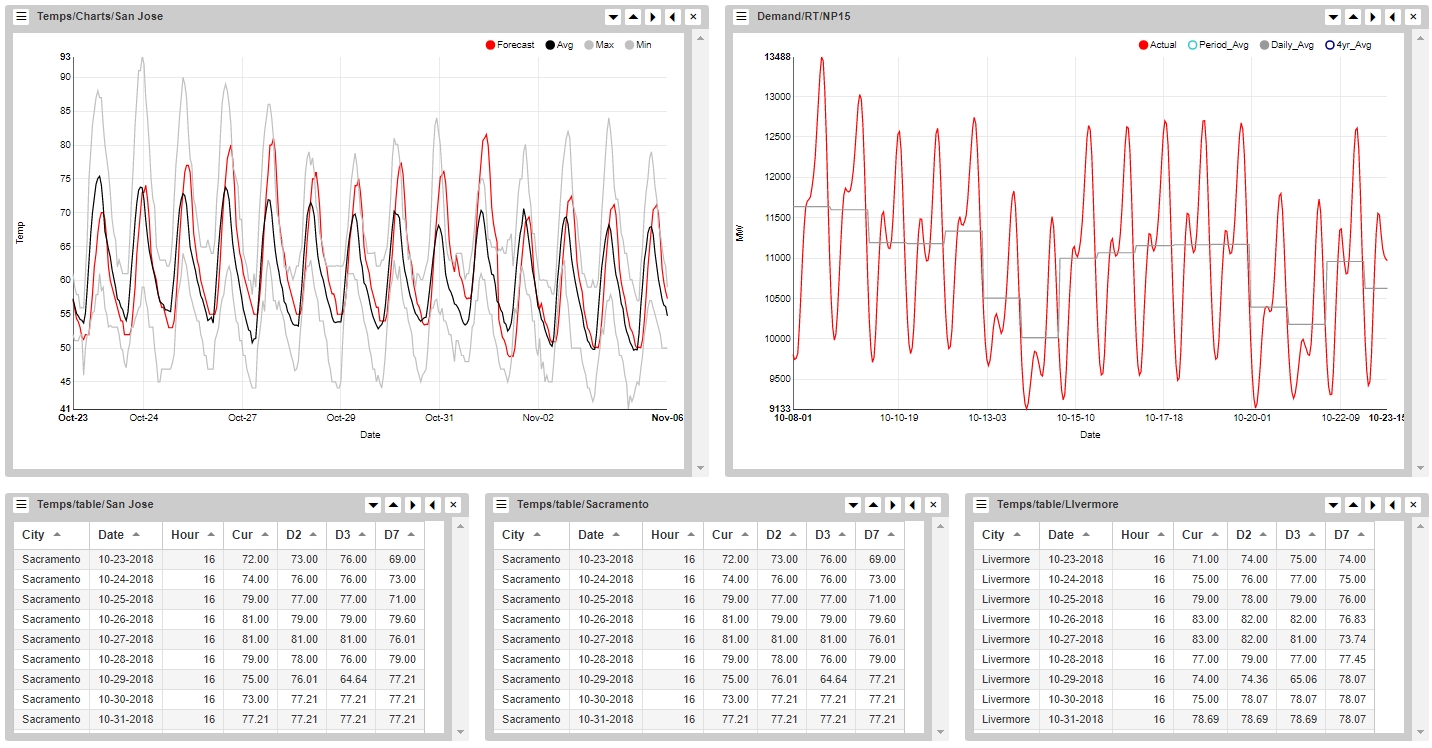 San Jose’s is showing a high right on track for normal today, but we’ll see temps slowly creep up heading into the weekend where highs will eventually reach the 80’s by the 26th.

While San Jose gets highs in the low 80’s, Sacramento gets highs up to 86 by the 27th, a full 13 degrees above normal. 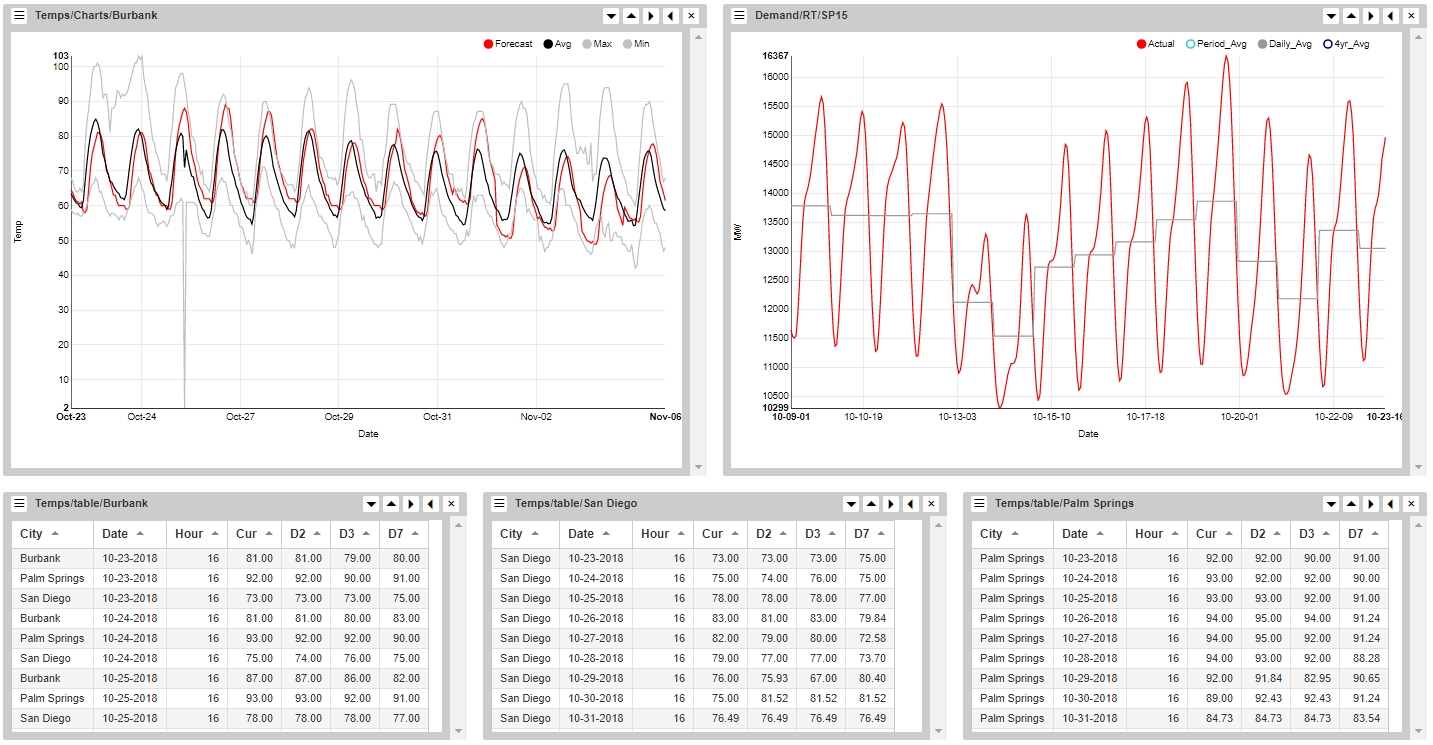 SP peak demand jumped more than 240 MW at its peak yesterday and saw an even larger 900 MW week-on-week increase.  Light loads climbed another 500 MW from their low Monday/Tuesday night.

Watch for a high of 88 in Burbank on Thursday, a seven degree increase over normal.  Heat will linger in the high 80s through Saturday before falling back to normal to begin the following work-week.  The beginning of November is showing potential for cooler nights with temps make their first appearance in the 40’s.

Phoenix will make its return to above normal temps, albeit only slightly, by the 26th.  While temps peak a couple degrees above normal, there aren’t any 90-degree days on the horizon.  Keep an eye on falling temps in PV during the first week of November as well. 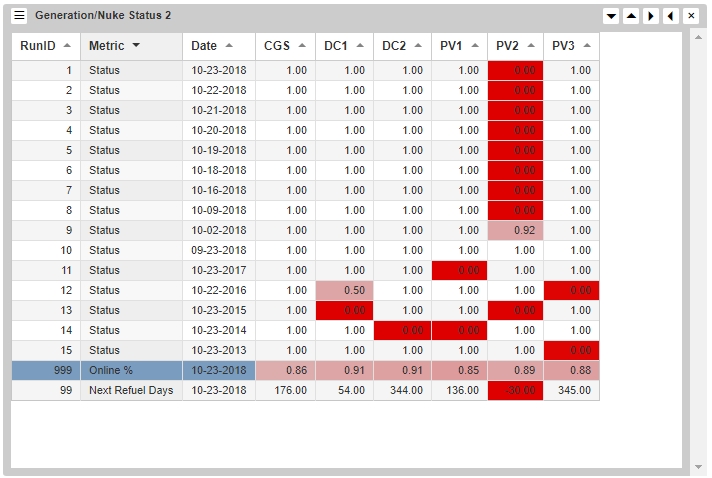 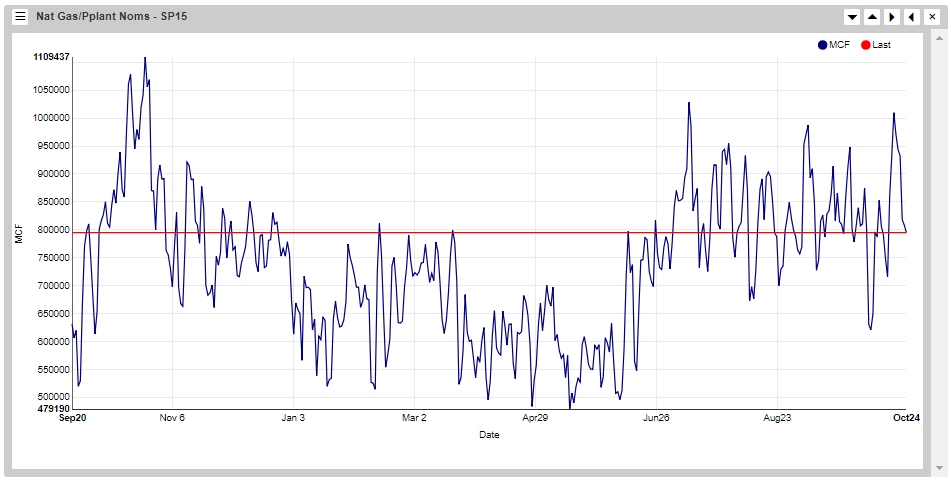 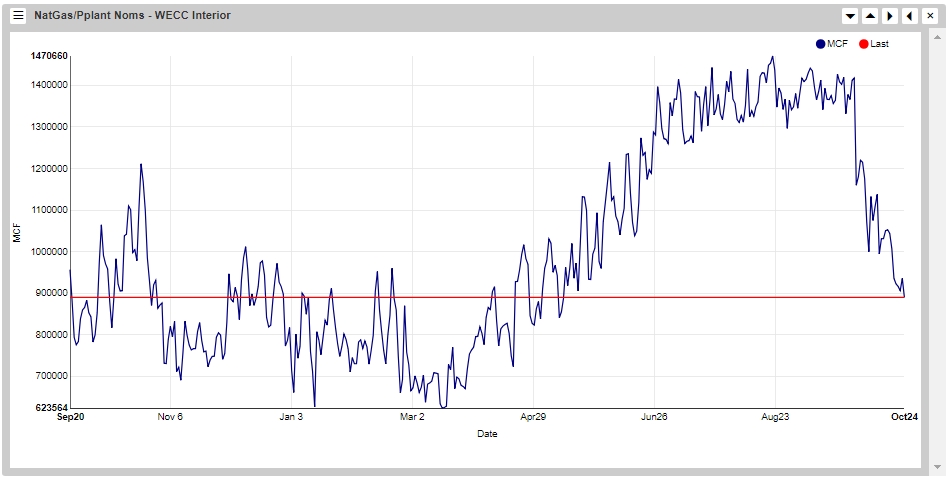 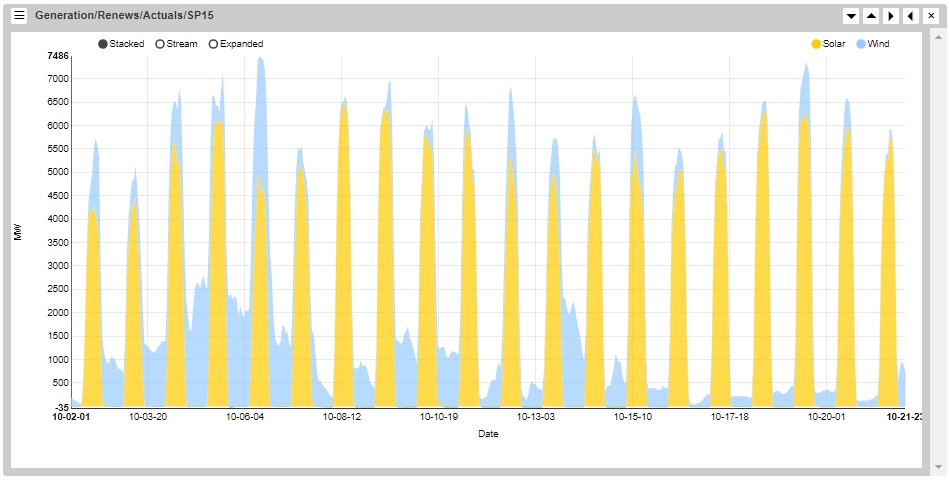 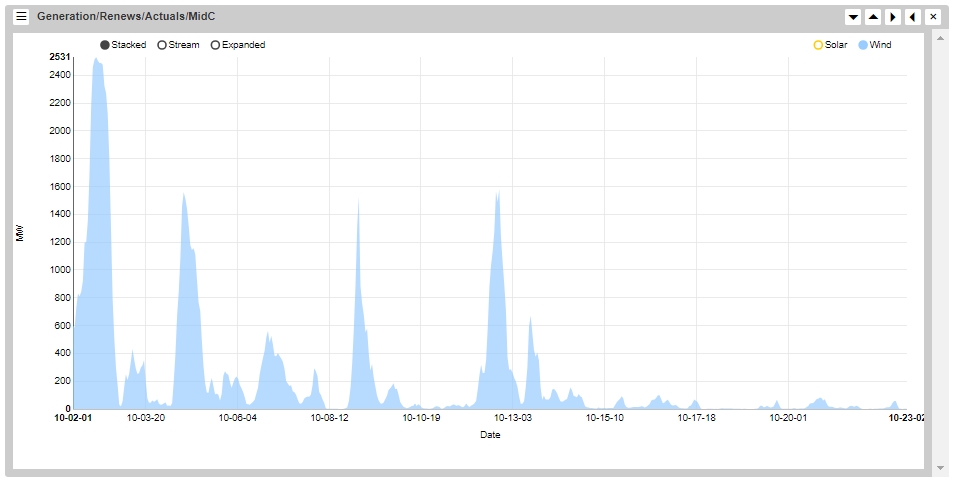 Mid-C wind has fallen nearly flat since the 13th with a high of just 83 MW of generation since then.

The highlighted plants show where much of the day-on-day gas outage increase originated.

Mica remains on course for new 10-year lows in reservoir elevation, just as it’s done since the end of July.  Contrast that to Arrow which is more than 10′ above most of the previous five years.

Last week’s warm weather burned off what little snowpack there was in most of the West, though the Canadian Rockies managed to add on to its early season pack. 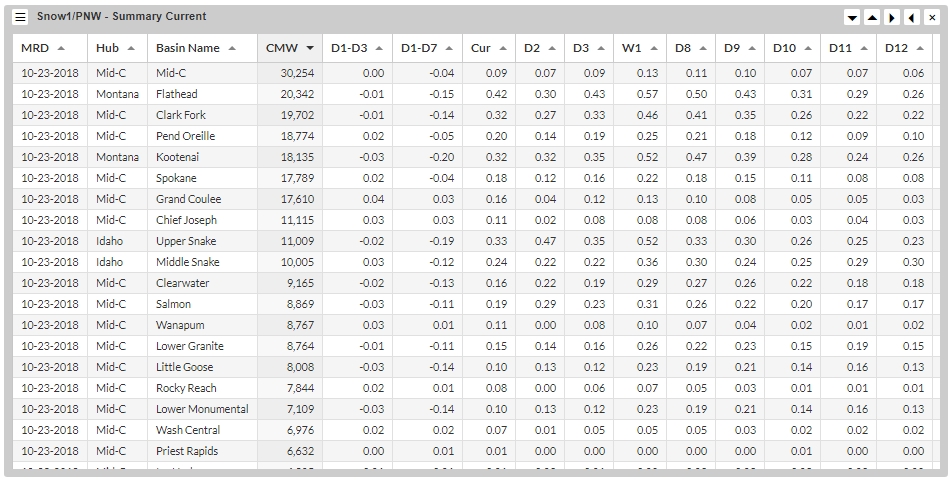 Grand Coulee and Chief Joseph added on a fraction of an inch while every other station sent their snow down the river.

The BPA-COI line originally showed the TTC increase set for the 19th, but it is now scheduled on the 2nd of November, and should lead to an eventual TTC of 4,800 MW.

NOB remains down for maintenance.