All months got a cut in this week’s update, though most of the change were focused on the first and last months.  October is at its half way point today but knock off 462 aMW from its forecast as the month continues to drop seemingly every week.  November had a more subtle change at just 170 aMW decrease, and December was even more mundane with just a 22 aMW drop.  January had the largest movement with a massive 1,351 aMW decrease, putting it well below each of the previous four forecasts.

October falls behind last week by around 500 aMW until the 19th where it runs par, only to fall well behind last week through November 3rd (with the gap widening by as much as 1,000 aMW).  November stays close to even thereafter, and that trend carries over though December as well.  January sees last week’s early-month gains completely wiped out, and the rest of the month maintains a 1,200 aMW reduction as well. 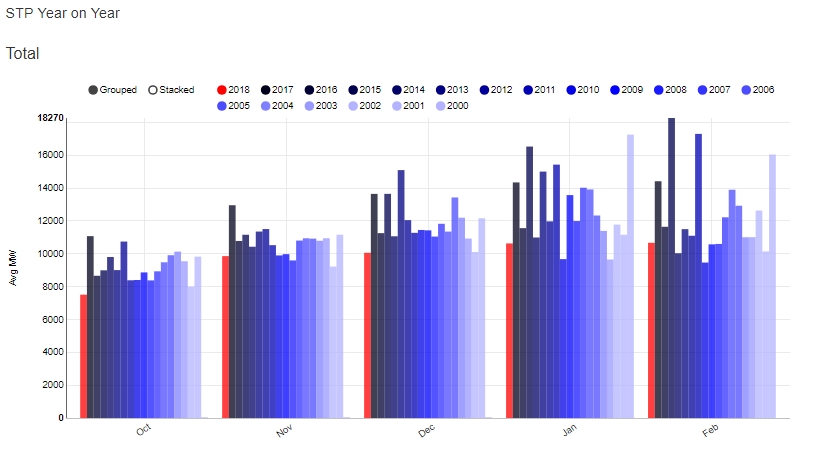 October is 480 aMW behind the next-closest year as 2018 looks forecasts the lowest of this century.  February makes its first appearance this week, and because the data will continue to trickle in over the next few weeks, it’s too early to form many opinions on the initial data.