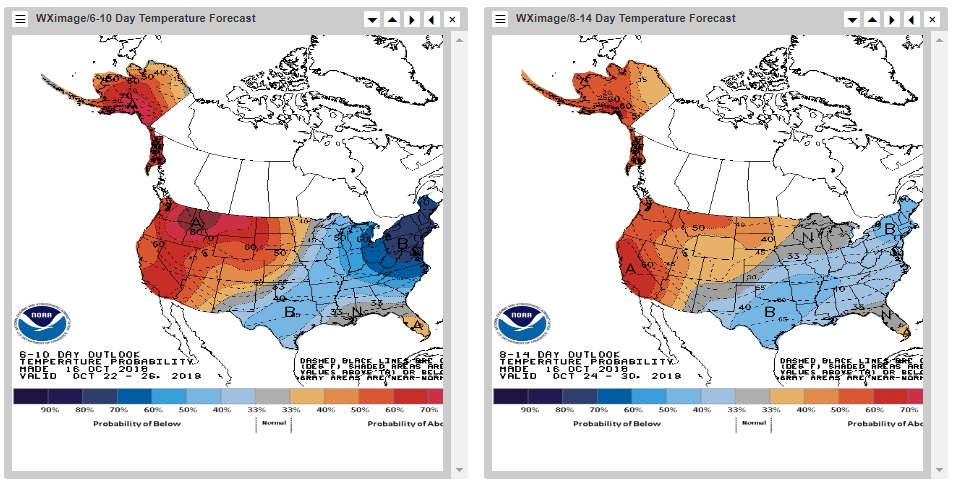 Warmer than normal temps should peak this week, but there are strong signs that they will linger into next week as well, albeit a bit more subdued.  What can otherwise be a cold area in mid-October, Eastern Washington and the Rockies of Northern Idaho and Western Montana look particularly warm this week. 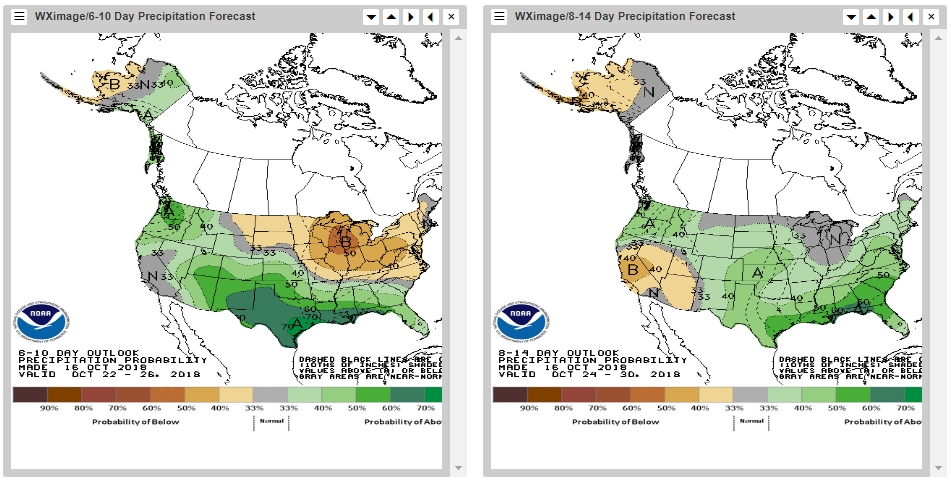 Look for a wet Northwest and a dry Southwest over the next two weeks.  Temps are still too warm to do much to snowpack in most elevations. 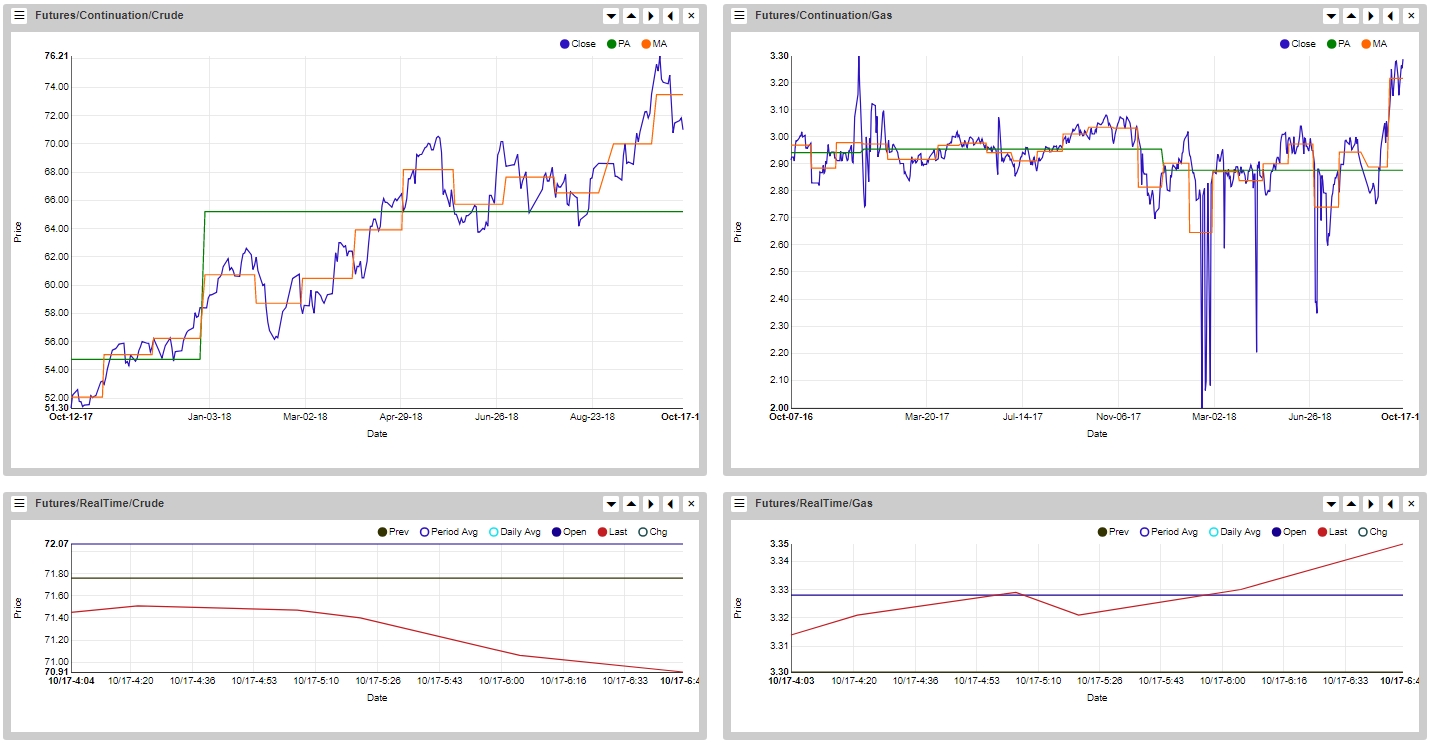 November Sumas is still shooting up and has now passed SoCal Citygate ($4.85) as yesterday settled at $5.23.  January has increased a more modest $0.90 since the pipe explosion while April and July appear unaffected.

AECO and Sumas shot off in opposite directions since the BC pipe explosion. 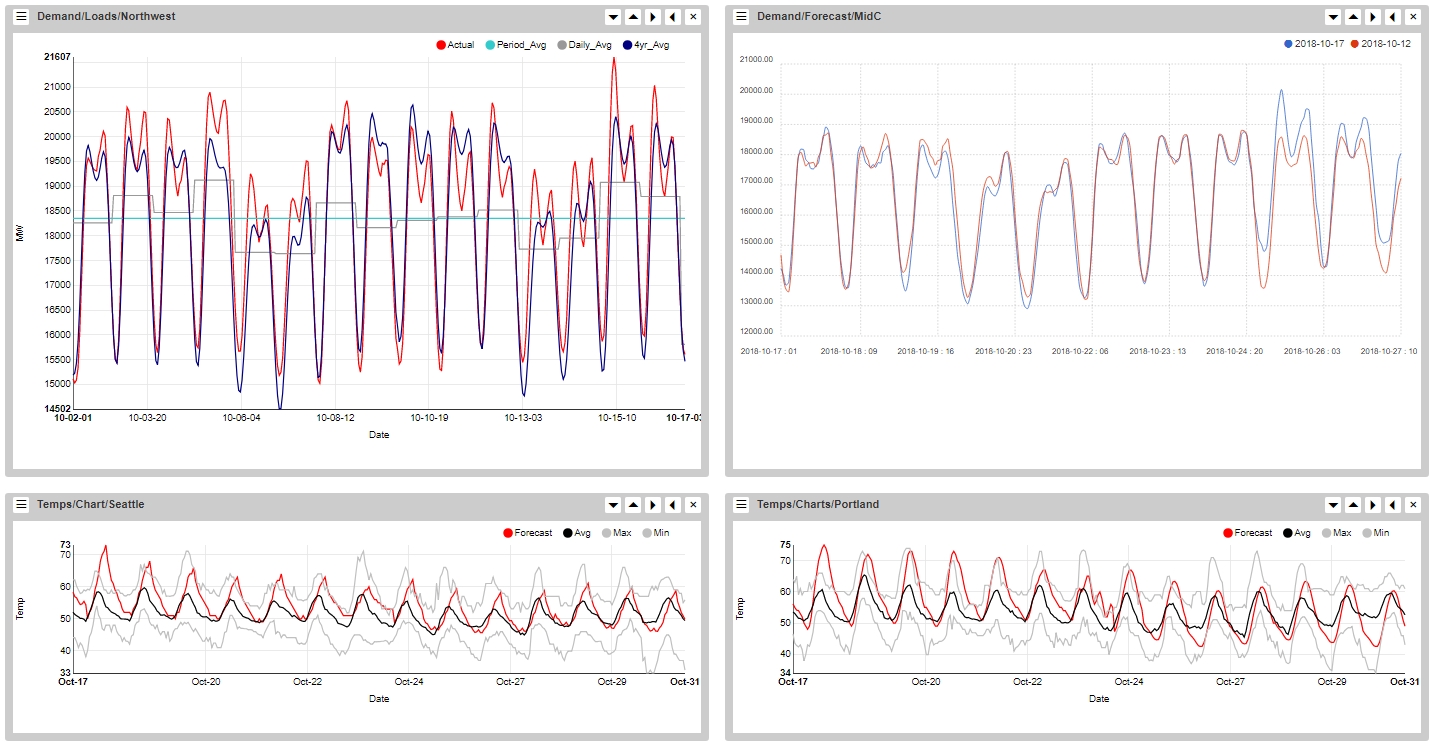 Seattle gets a massive 15-degrees above normal high today at 73, and warm weather should persist through the rest of the two weeks as each day projects above-normal highs.  Portland shows highs in the 70’s through the 21st as well, and a high of 75 today. 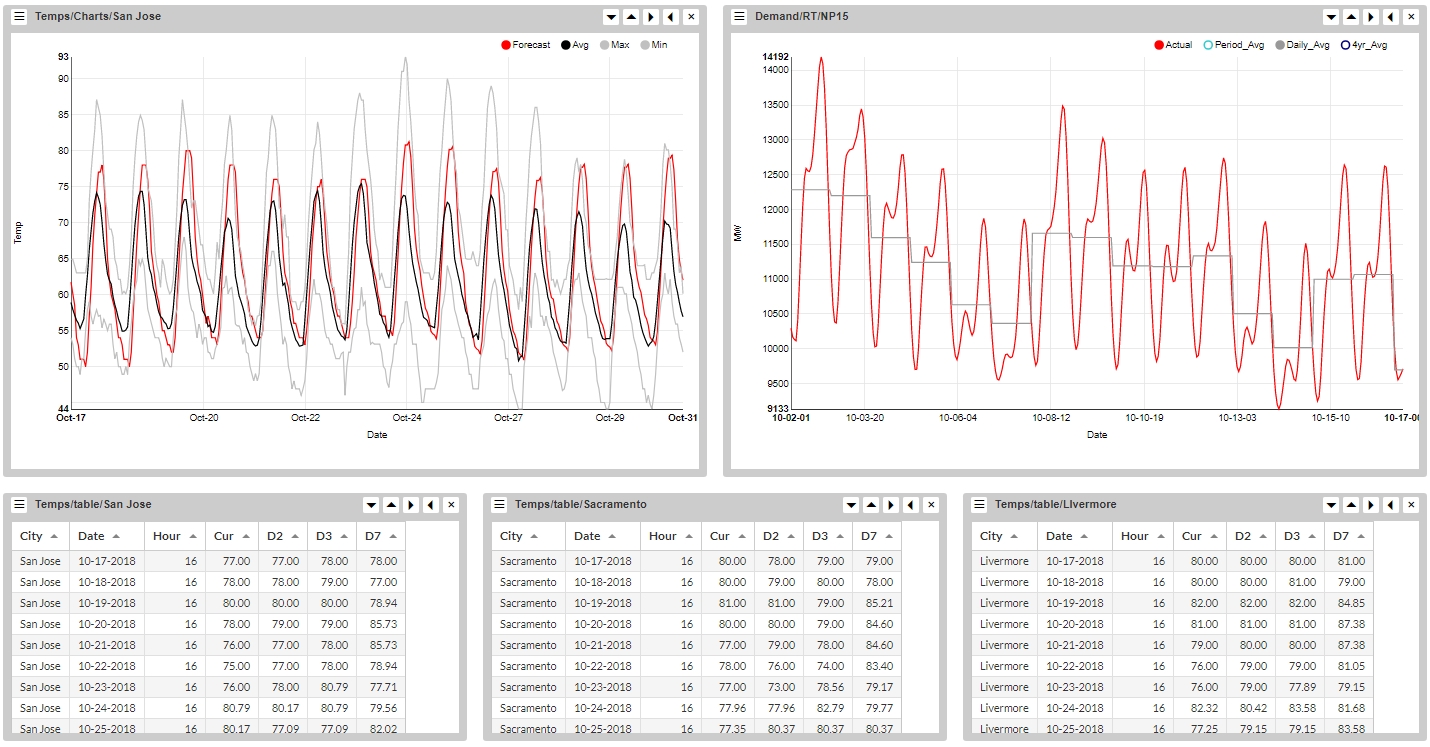 Sacramento is forecasting predictably warmer as every day over the next two weeks shows a high of at least 80 degrees, and a peak of 85 on the 19th. 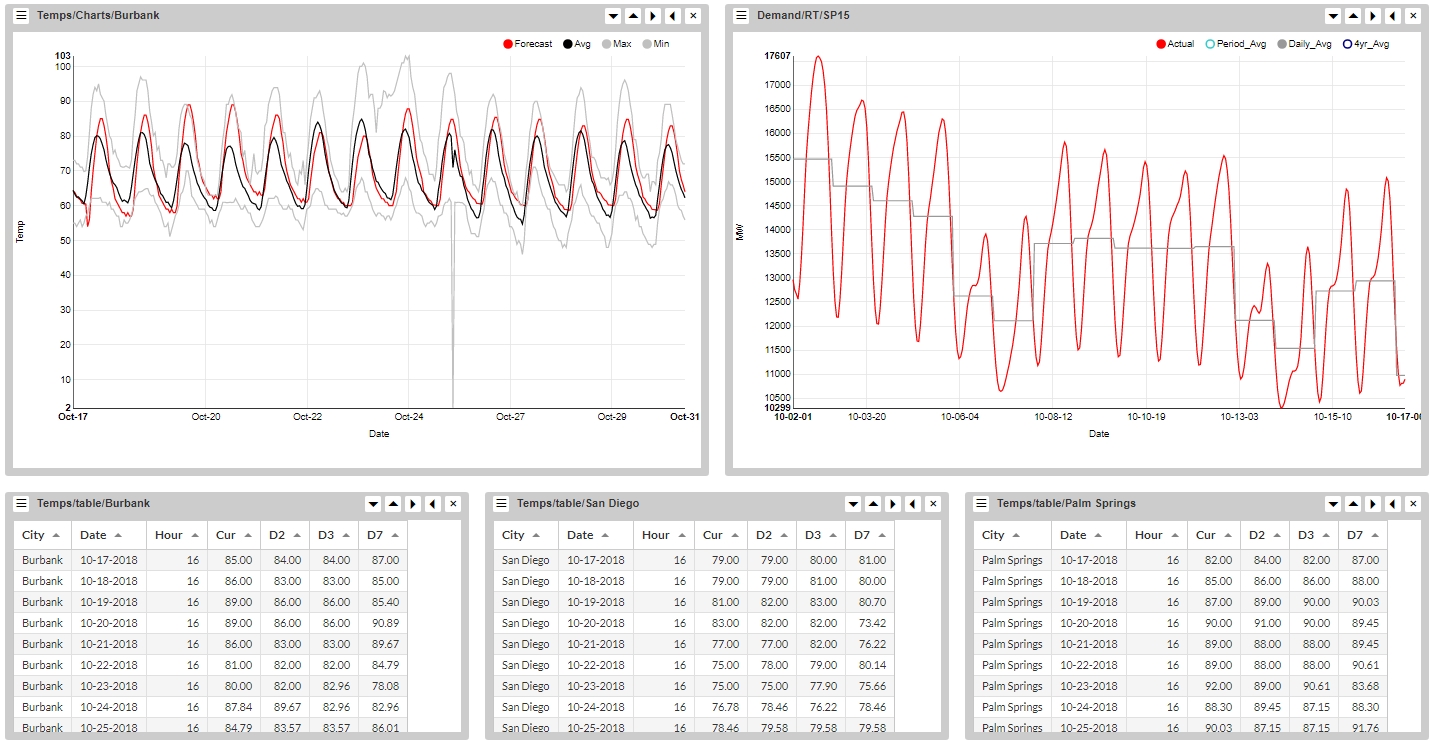 Burbank gets its share of warm weather this week as well.  Temps will reach into the high 80s through the 21st before temporarily dropping three degrees from normal on both the 22nd and 23rd.

Phoenix falls well below normal for each of the next three days, especially today with a high of just 77 (11 degrees below normal).  Just three days over the next 14 are projected above normal with many falling more than five degrees from average. 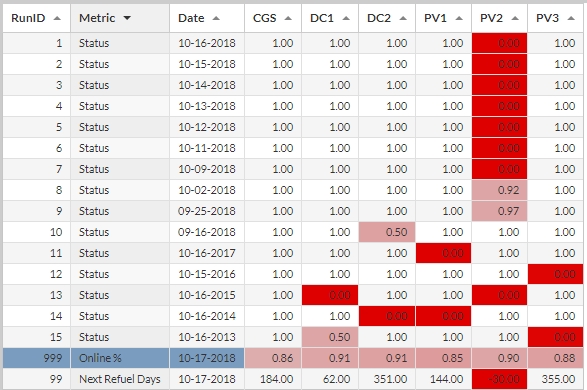 SP-15 solar topped out at just 5,400 MW on Monday, an 1,100 MW decrease week-on-week.  Wind added 1,500 MW to make up for some of the lost solar production, but overall renewables remained down.

Mid-C wind has been quiet since the 12th’s 1,582 MW production as the previous two days failed to reach even 200 MW.

ISO gas outages began their climb on the 30th of September and have maintained that level for the most part ever since.  Outages totaled 4,656 MW yesterday, a 600 MW increase day-on-day. 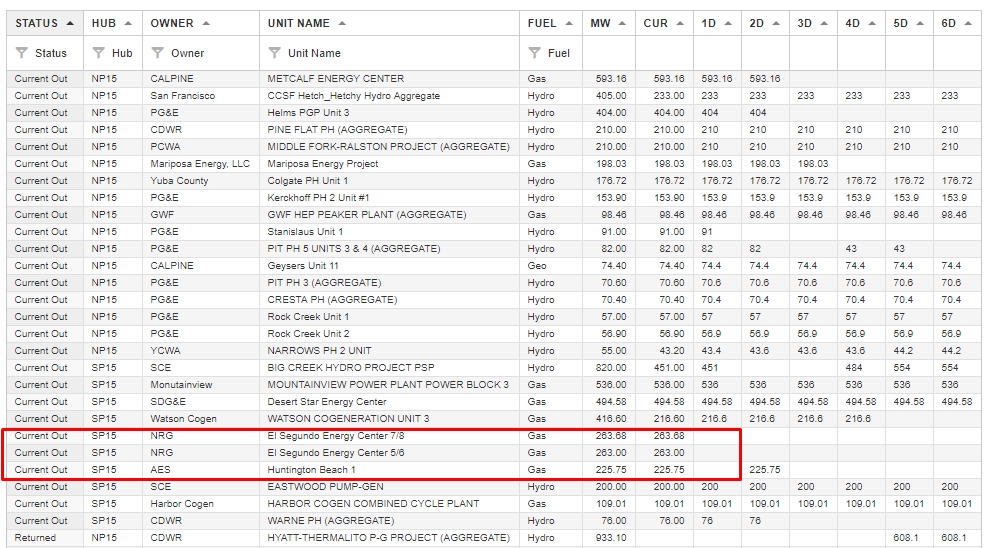 The highlighted plants show the source of the day-on-day gas outage increase. 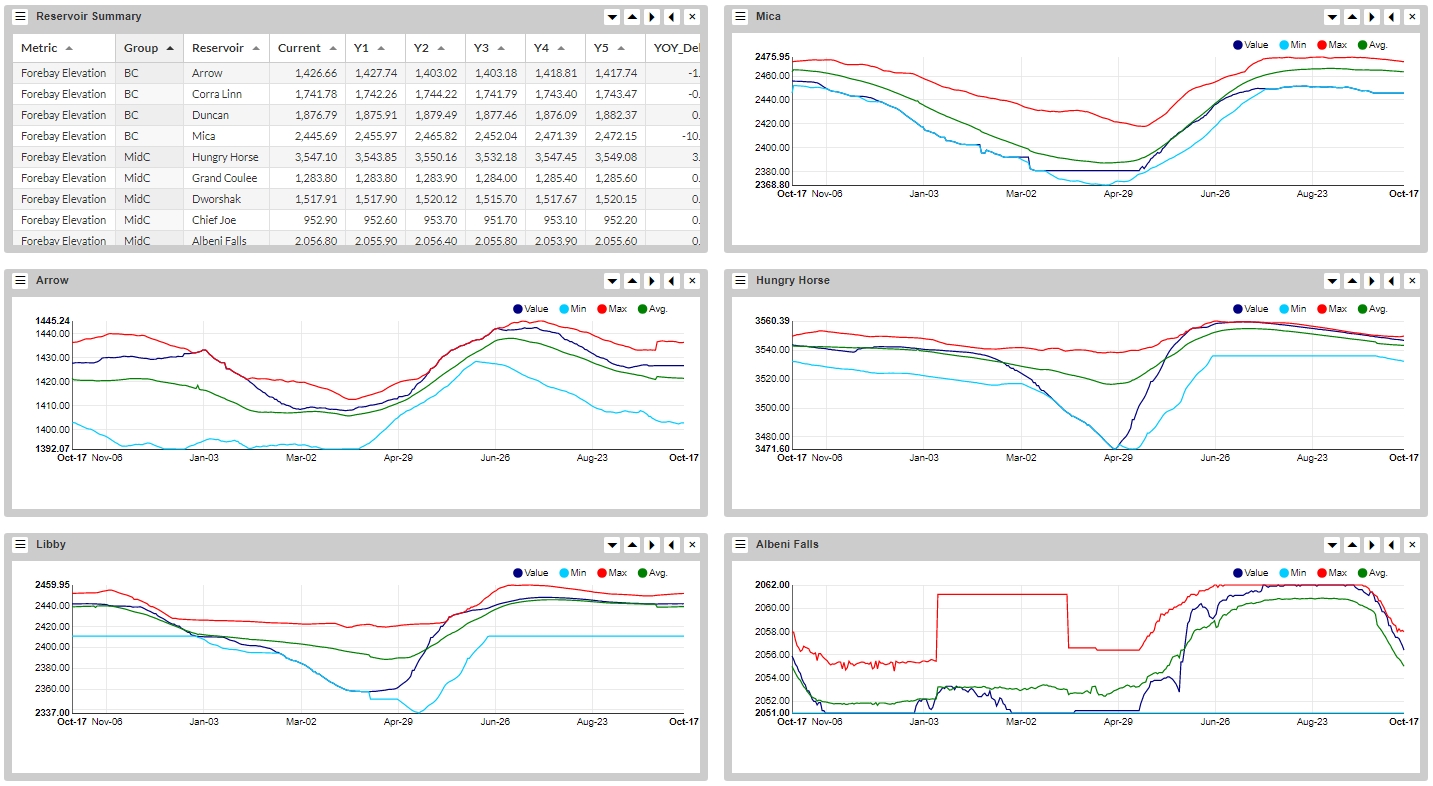 Mica shows the largest year-on-year differential as the reservoir sits 10 feet lower than it did on the same date last year.

It’s a bit too early to look at anomaly percentages, but we can at least start to peek at our snow map.  A quick look shows that the majority of snowpack is taking hold in the Rockies while the Cascades and Sierra Nevada remain mostly bare. 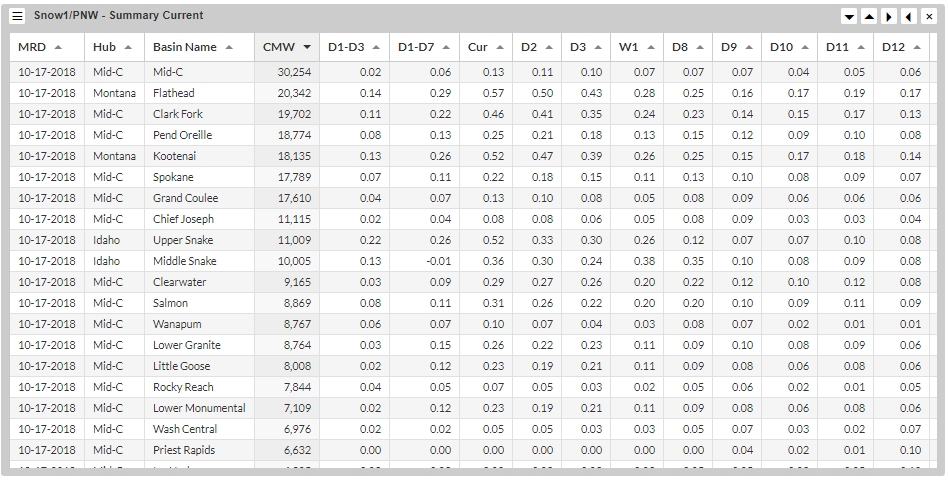 Only a handful of basins are showing a greater than 1/4″ increase of snow depth week-on-week.