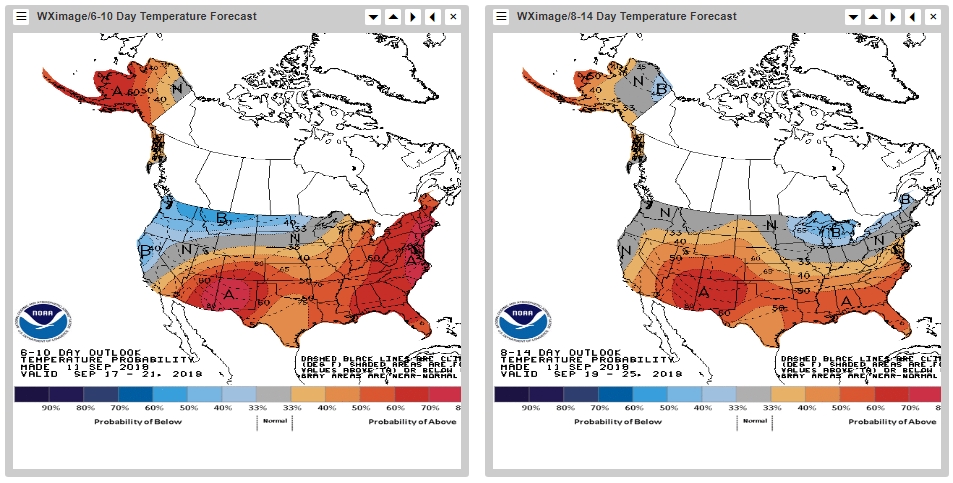 Mid-C is expected to move from unseasonably cool to perfectly average over the next two weeks, while PV should stay above normal for the foreseeable future.  Northern California sees a return to the mean as well while Southern California remains relatively warm. 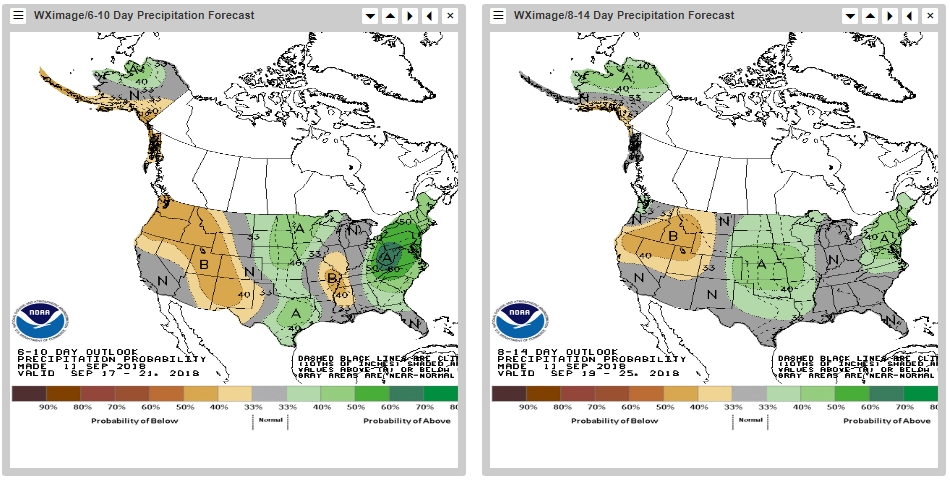 It looks dry across the West where precipitation generally falls below normal, albeit normal doesn’t amount to much in late summer. 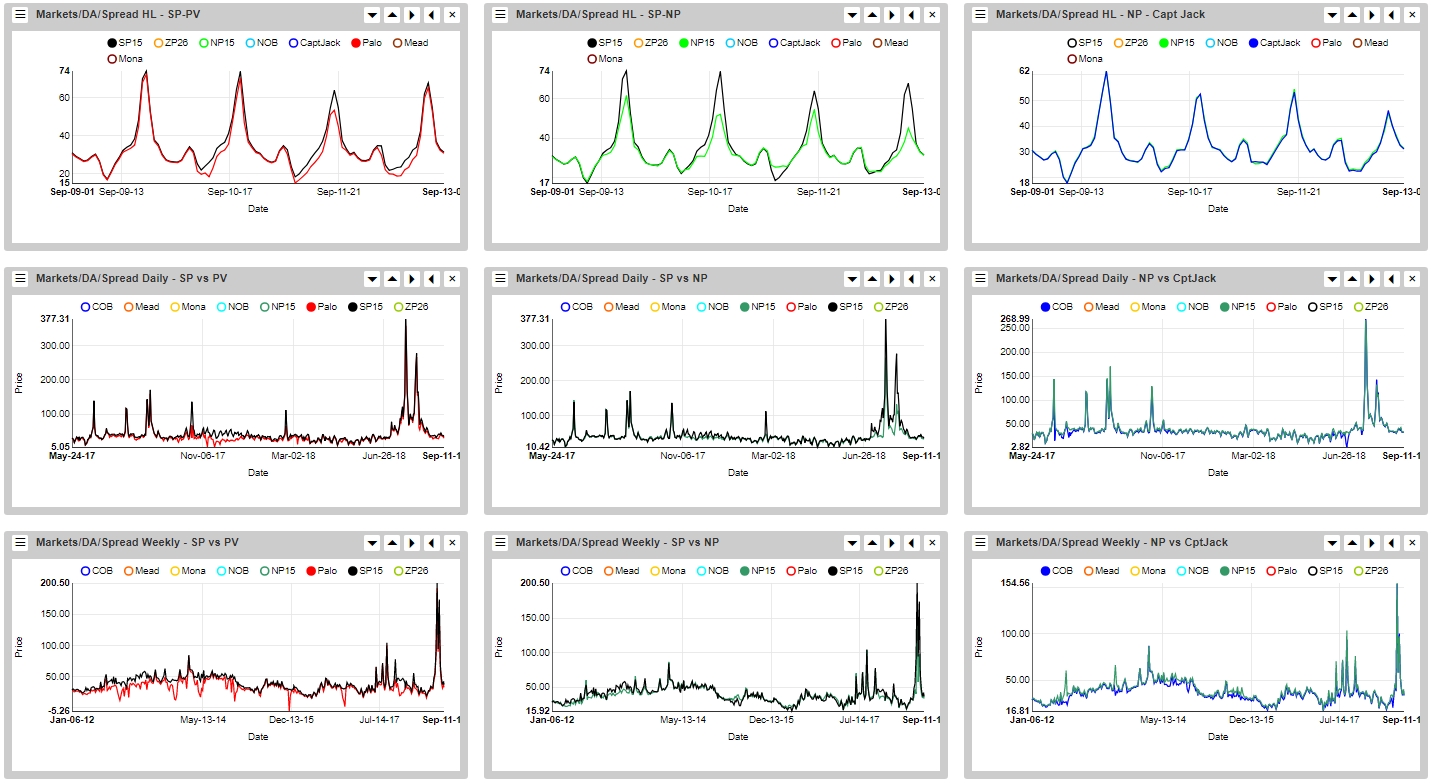 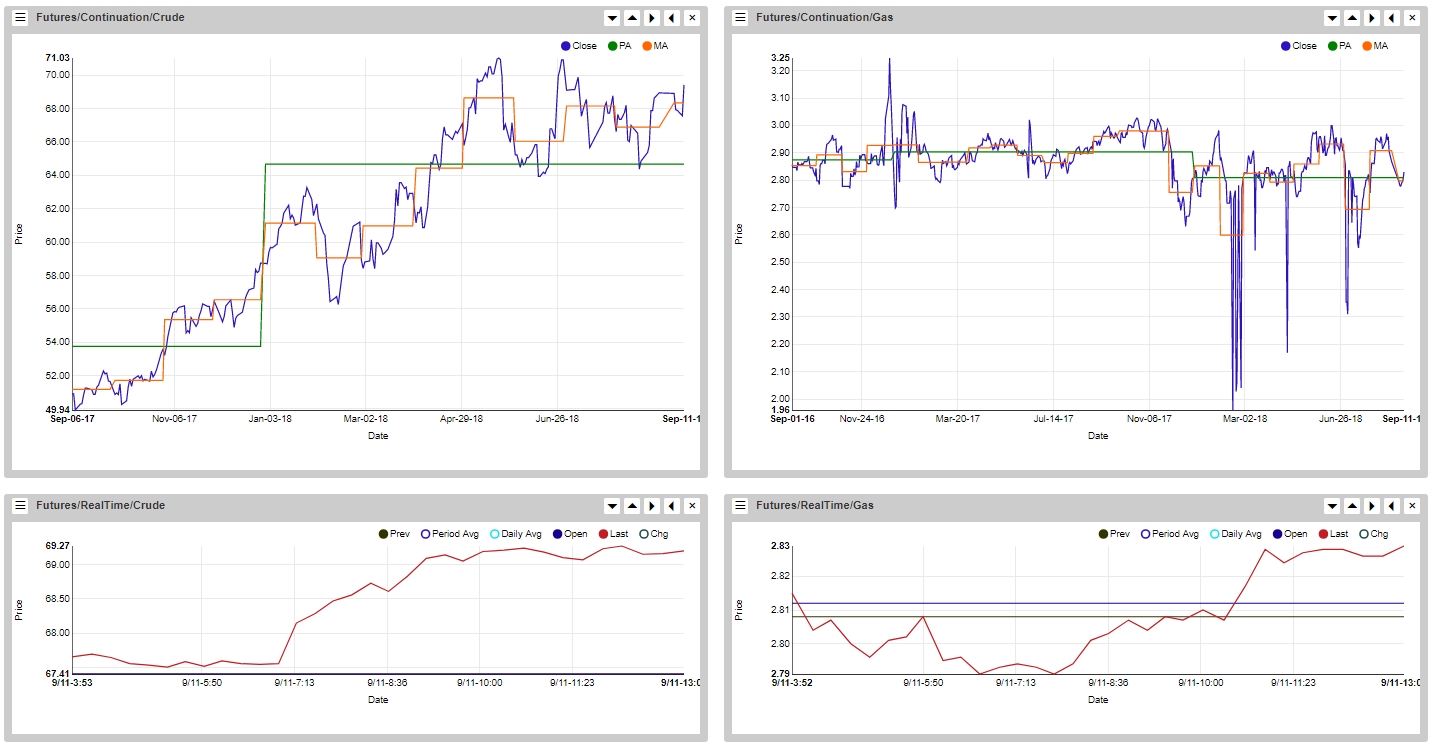 SoCal Citygate October saw a hard fall over the past several days and is now $0.43 lower than it was on the 4th.  January is also trickling down, (though the rate has slowed compared to last week) after shedding $0.21 over the last seven days.

AECO increased $0.66 day-on-day to again push north of a dollar.  Citygate dropped $0.50 from last week, and while it’s a far cry from the highs we saw in the summer, the hub remains a steady $0.80 higher than it was last year. 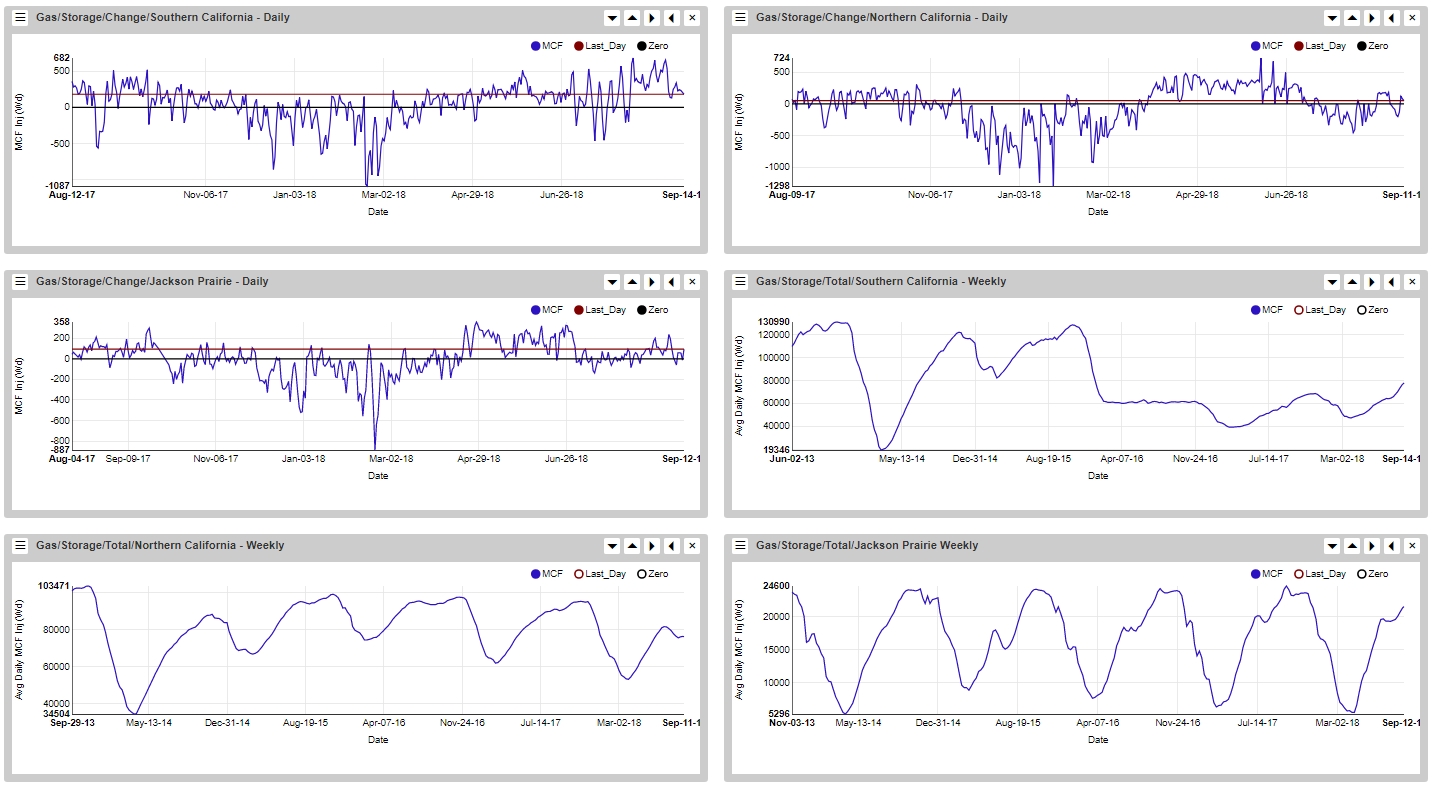 Jackson Prairie dipped to -13 MMCF yesterday, only the second withdrawal since August 14th.  Northern California saw additions to its storage for the third-consecutive day following a steady two weeks of withdrawals. 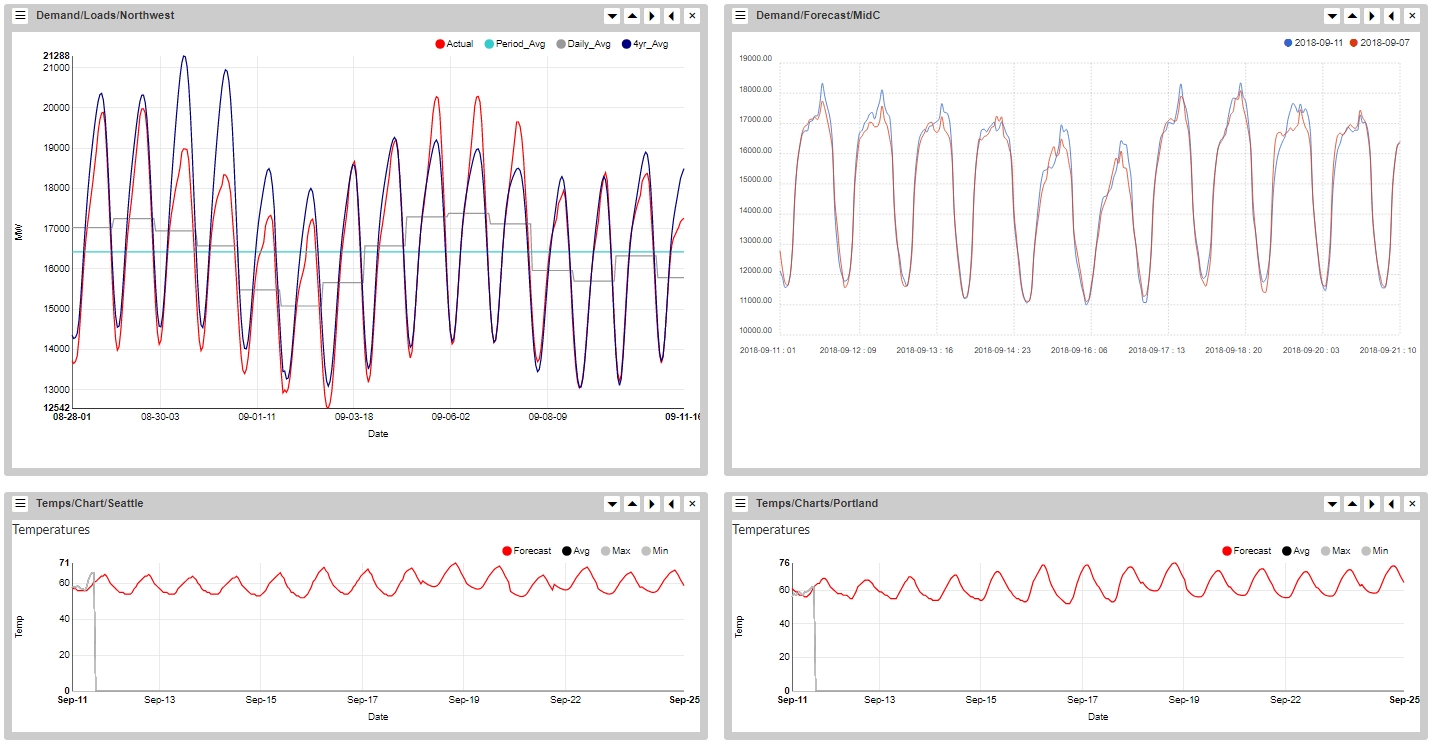 Seattle is forecasting highs in the mid-60’s consistently until late next week where we may see temps peek above 70 once again.  Portland has much of the same though generally 4-5 degrees warmer.  Not much to suggest demand moving in either direction for the next couple weeks. 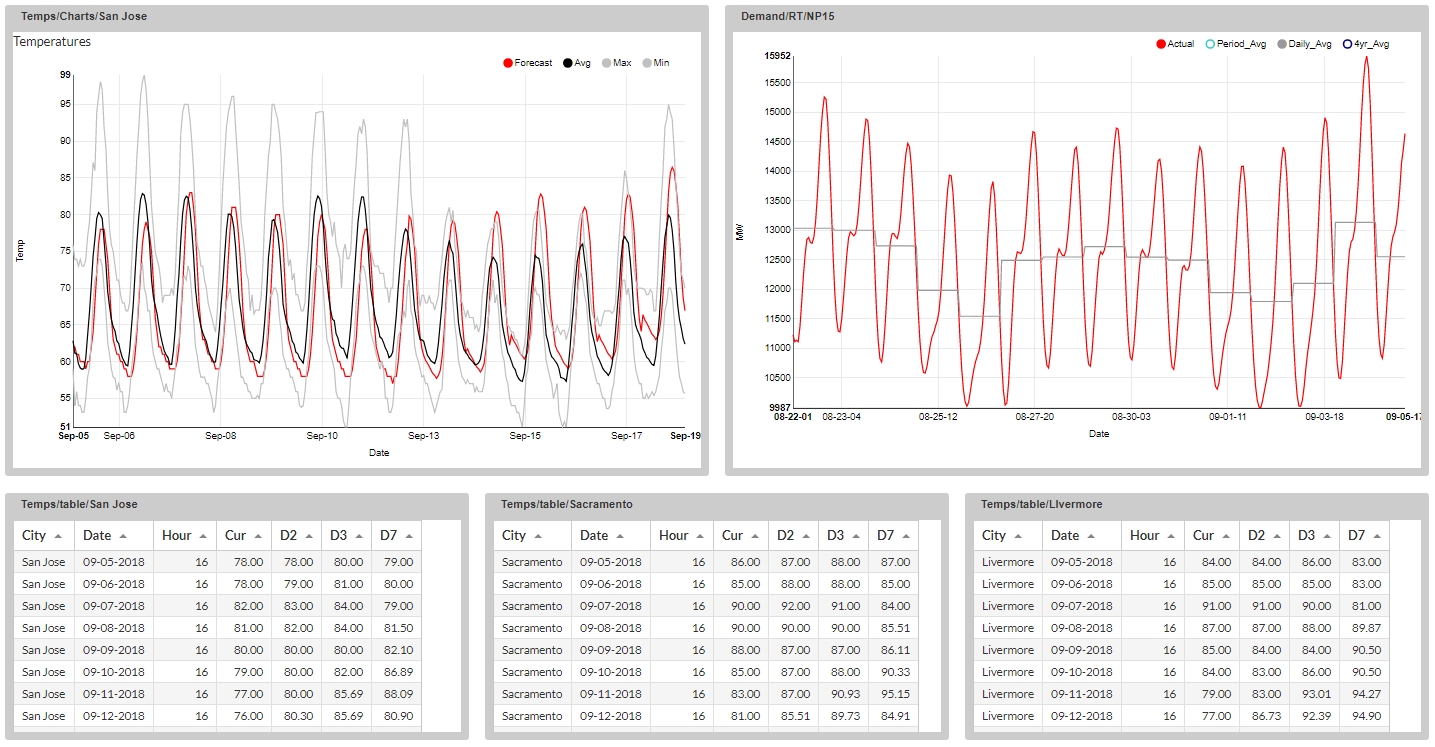 Demand took a sharp fall in NP where peak loads were off 750 MW day-on-day and 900 MW week-on-week.  Light loads managed a 250 MW increase day-on-day however.

San Jose dipped to 50 overnight but is forecasting its warmest day for the next week at 77 today.  Watch for a return of 80 degrees by next Friday and moving into the weekend. 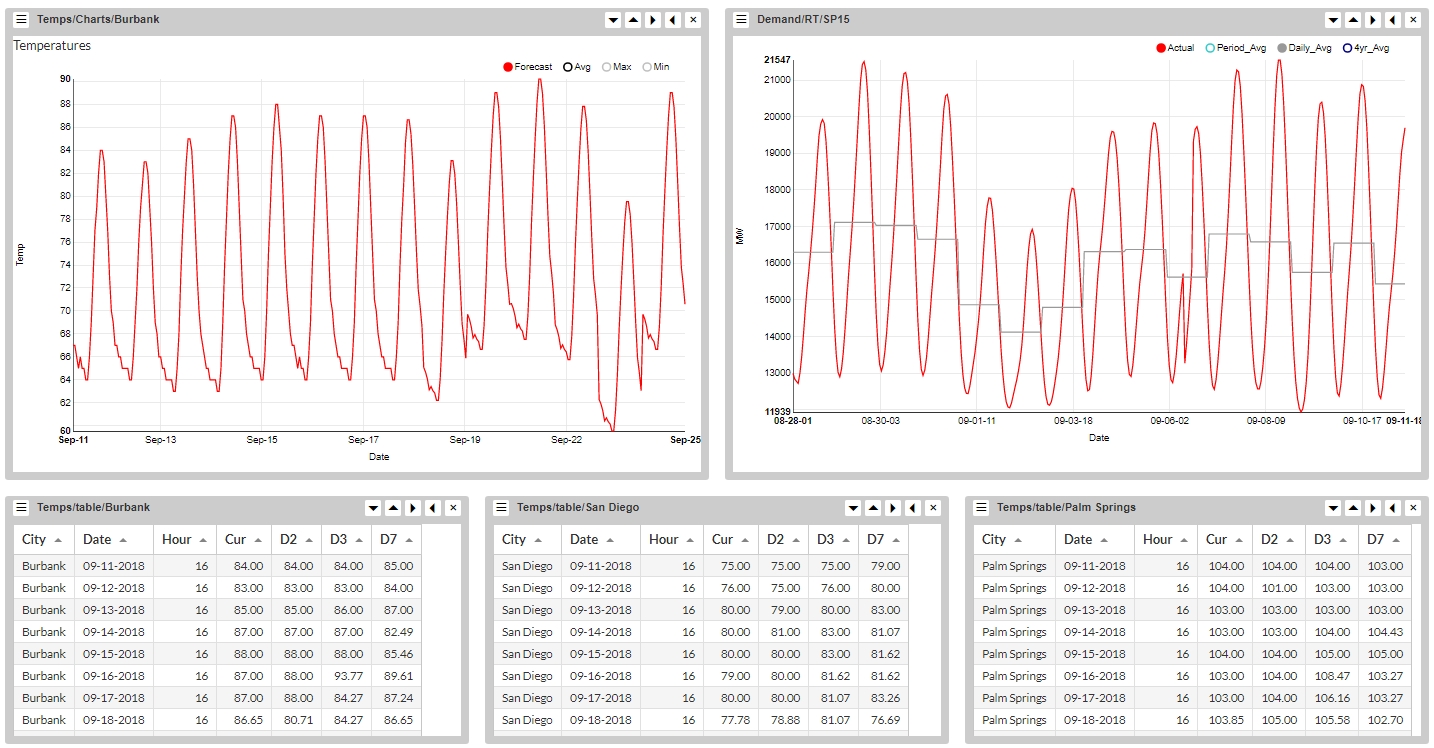 SP demand fell 1,150 MW day-on-day in SP as well though yesterday was still high enough for a 100 MW increase week-on-week.  Light loads were off a more modest 70 MW.

Burbank temps are forecasting consistently in the mid-80’s though Sept. 21st where they are projecting a brief jump back into the 90’s.  Lows are staying above 60 through the next two weeks as well. 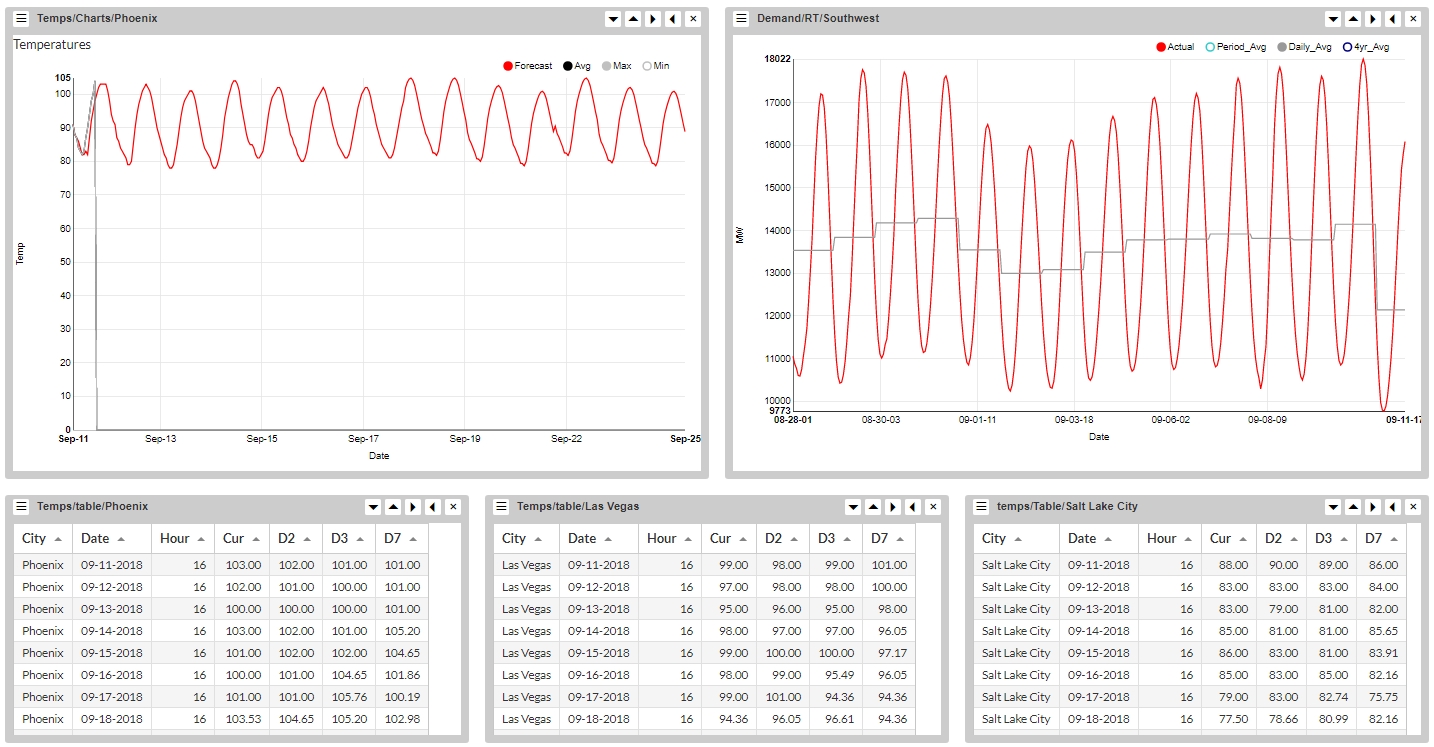 Light were off in both light load and heavy load in PV, though peak demand showed an increase week-on-week.

Triple digits remain on schedule through the entirety of the forecast in Phoenix, but the highest temp projected currently is 105 on the 21st.  Look for temps to dip to 78 during late night hours on the 13th and 14th.  Slightly cooler in Las Vegas where several days climb to just the high 90’s, particularly on the 13th where the high is expected to reach just 97. 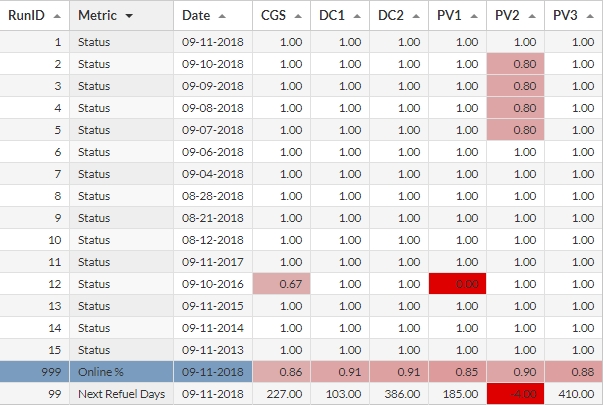 PV2 is back online following the weekends reduction to 80%. 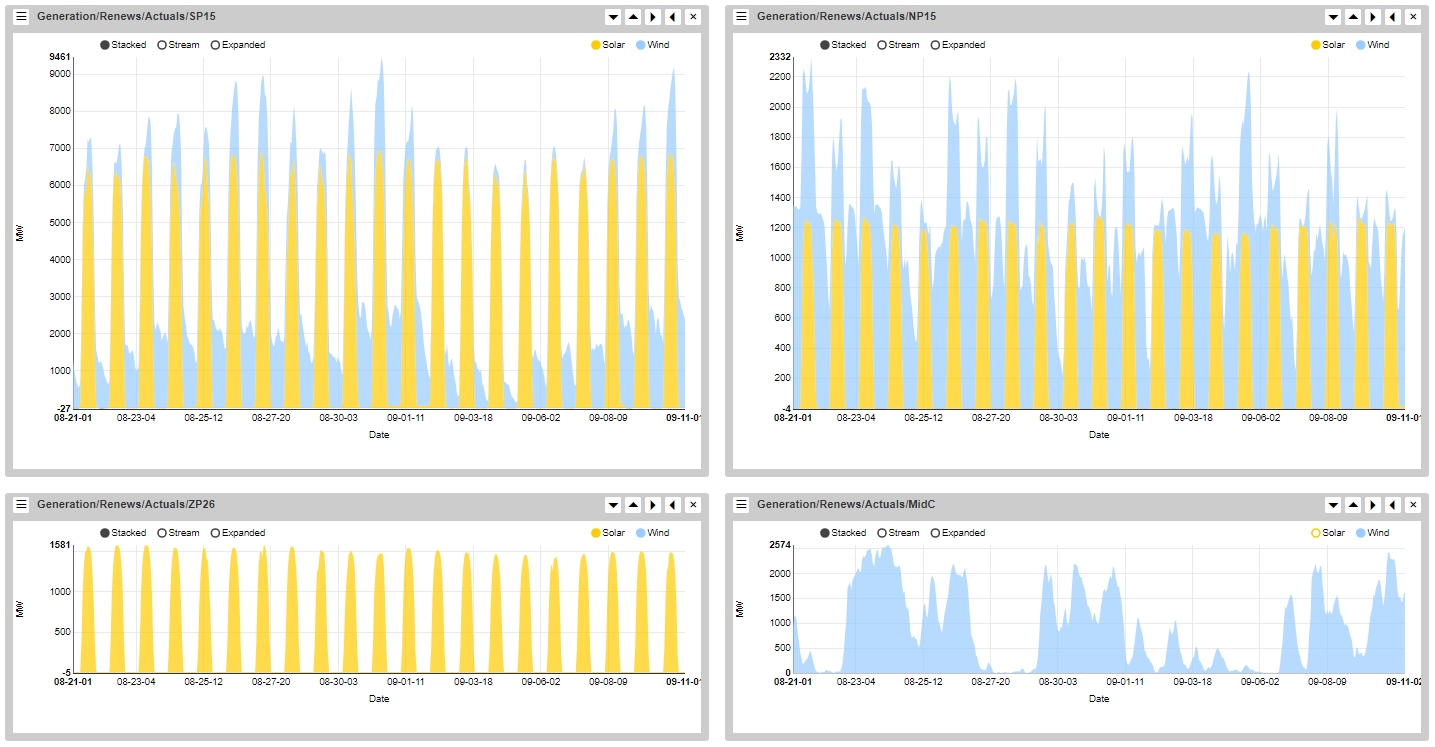 SP-15 solar generated 500 MW higher at its peak yesterday than it did one week prior.  We still haven’t seen a 7,000+ MW day in weeks, however.  Mid-C wind recorded an impressive 2,440 MW peak on Monday, the highest hour since August 24th. 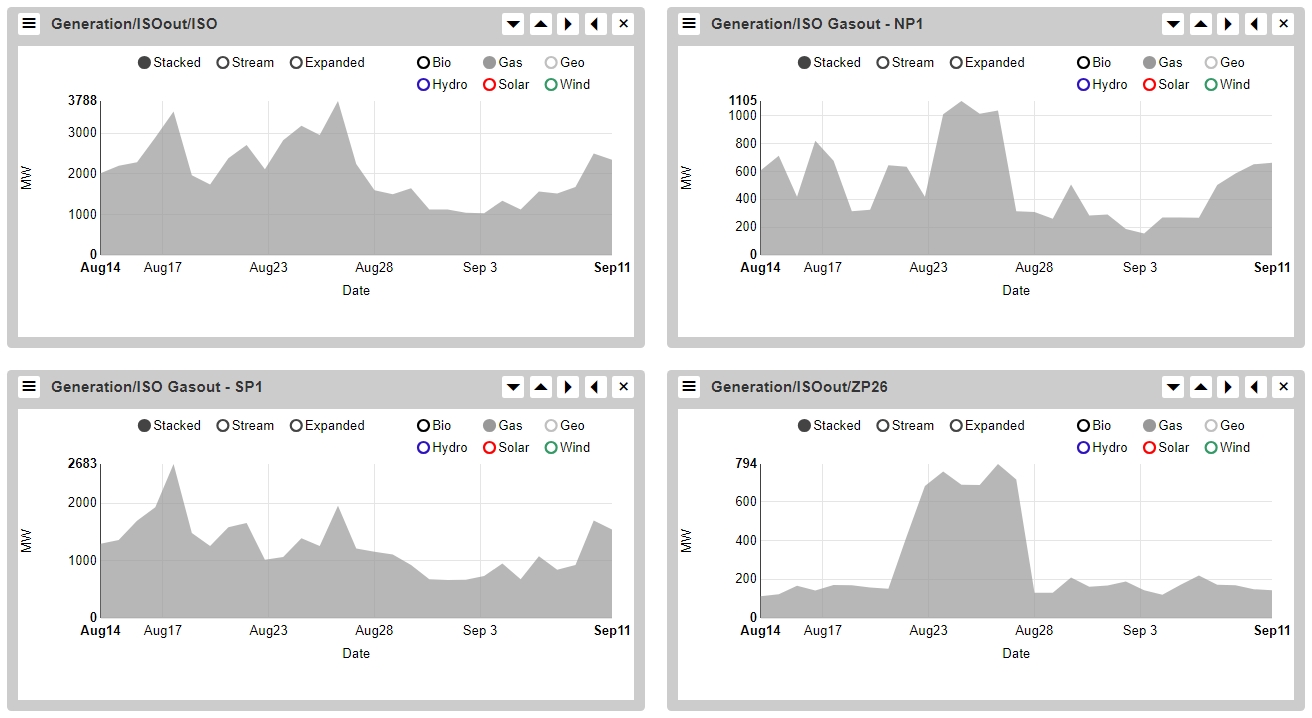 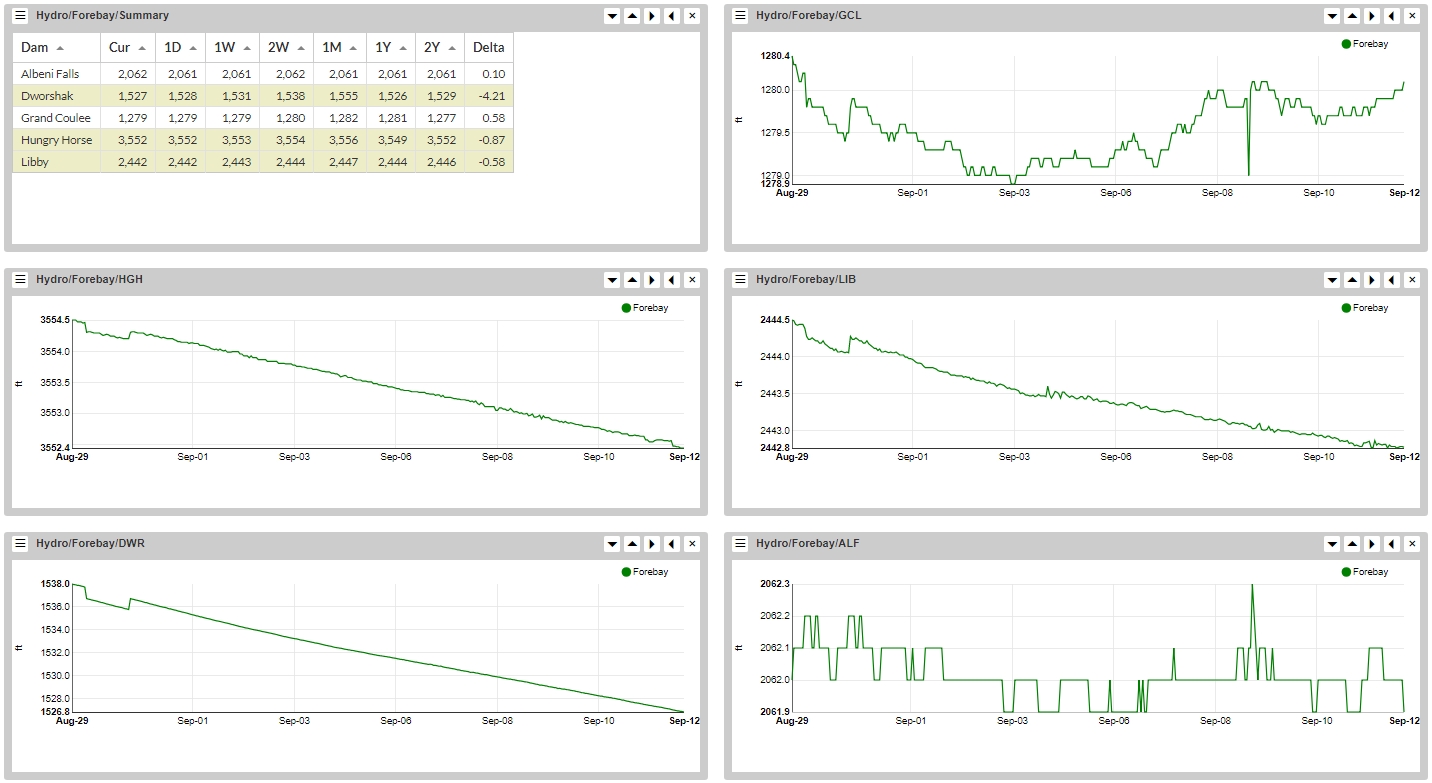 After hitting 1,278.9 on the 3rd, Grand Coulee has seen its elevation rise to 1,280.1 as of yesterday.  Meanwhile, Libby has bottomed out at 1,24.8 and Hungry Horse and Dworshak continue their steady decline. 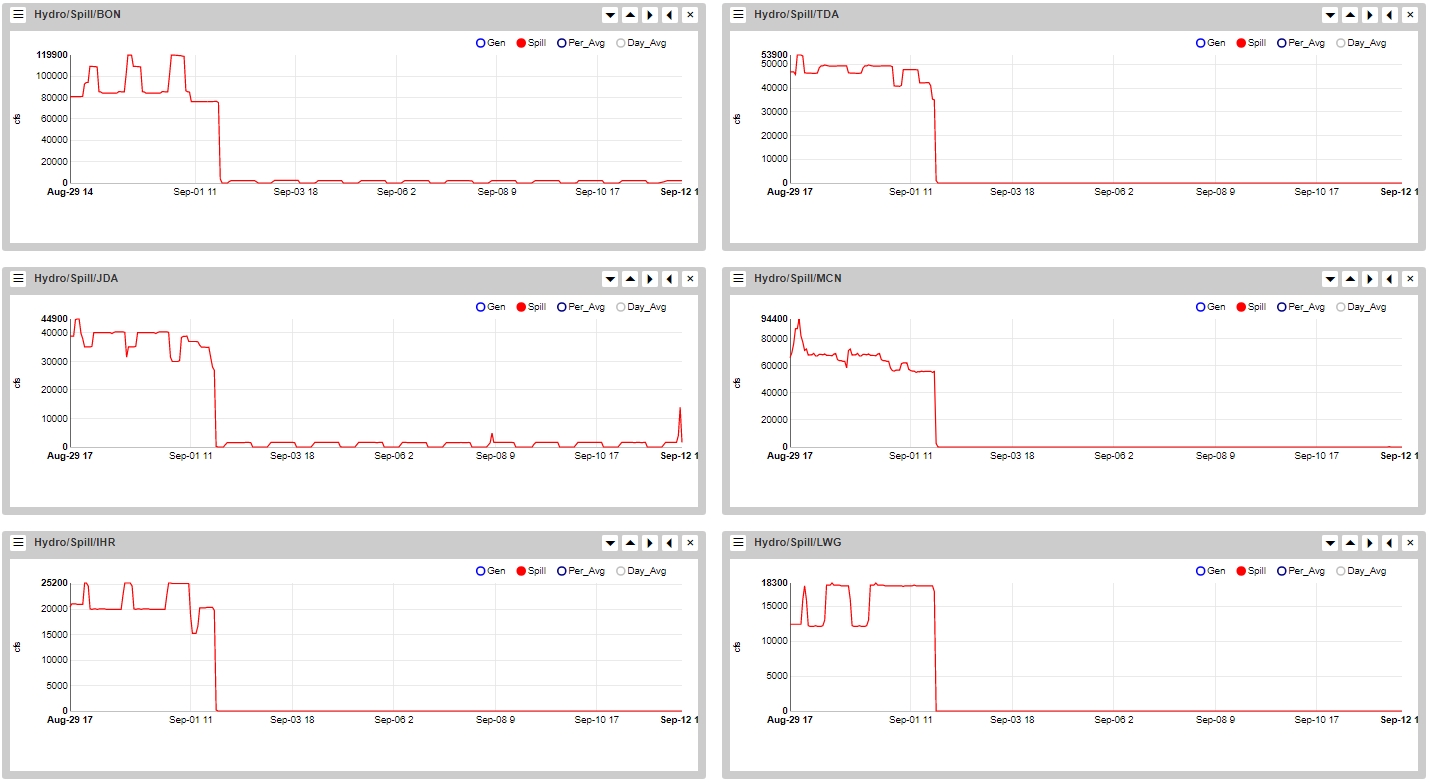 Not much spill to note outside of a few blips at John Day (generally around 1,500 CFS).

Note the 1,100 MW increase in TTC beginning on the 19th and increasing again on the 22nd.  There is some erratic scheduled activity for the 25th as well.

No shifts in NOB TTC to report this week.