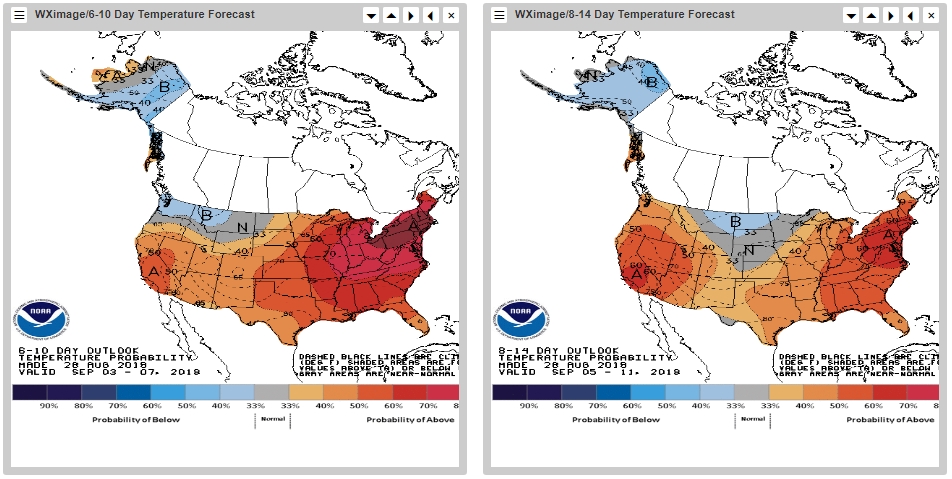 The Northwest is well on its way out of its late-summer doldrums as warm weather returns this week and extends into the next as well.  Southern California looks particularly warm especially in the second-half of the two week forecast. 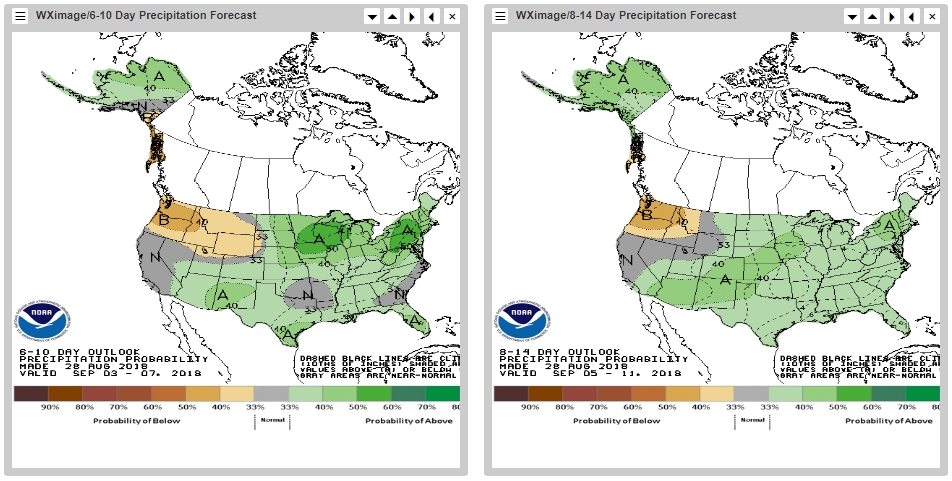 Mid-C is slightly drier than normal while California stays dry, as is expected. 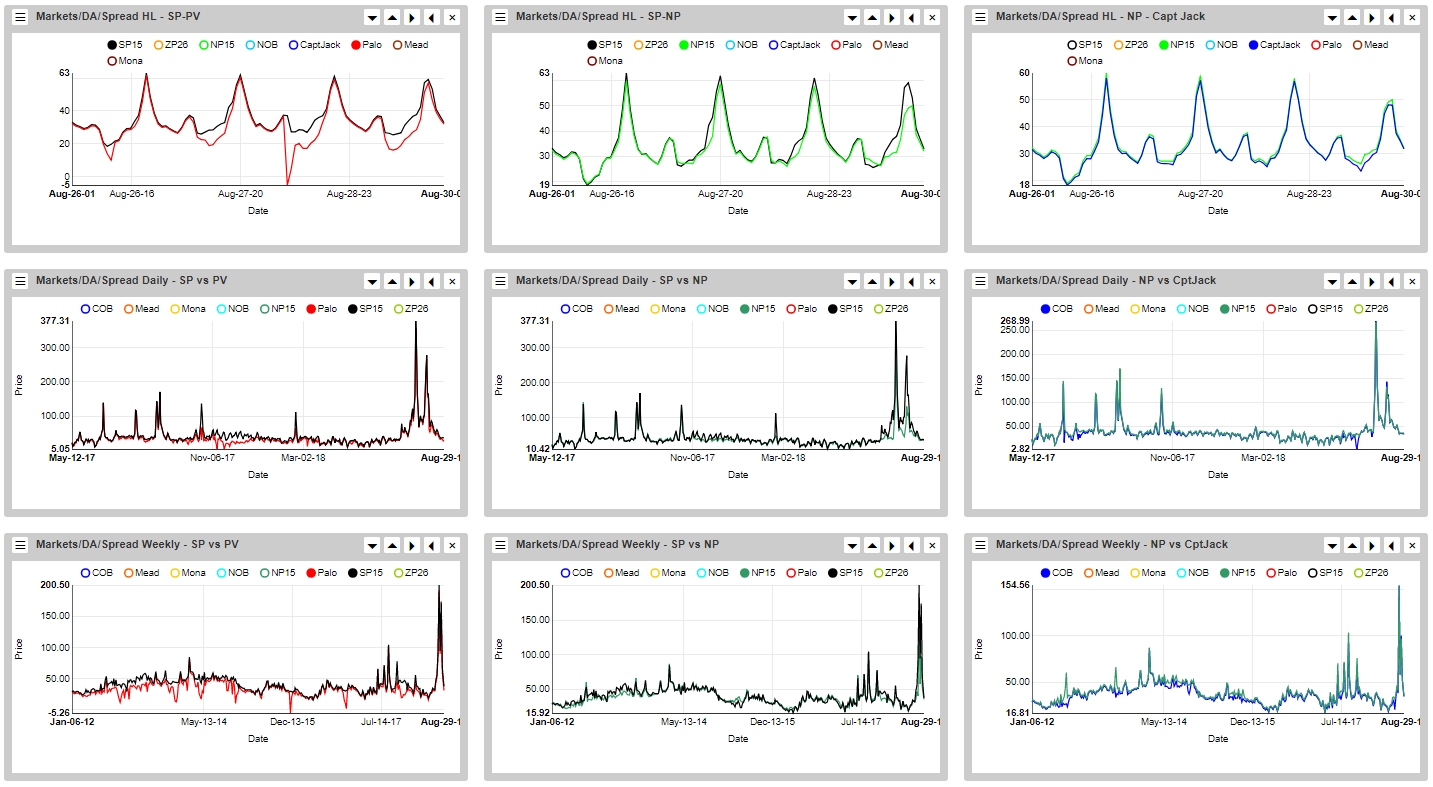 Day ahead prices peaked just below $60 for both SP and PV yesterday.  SP-NP spreads were more dramatic as NP topped out at just $50, $9 short of SP. 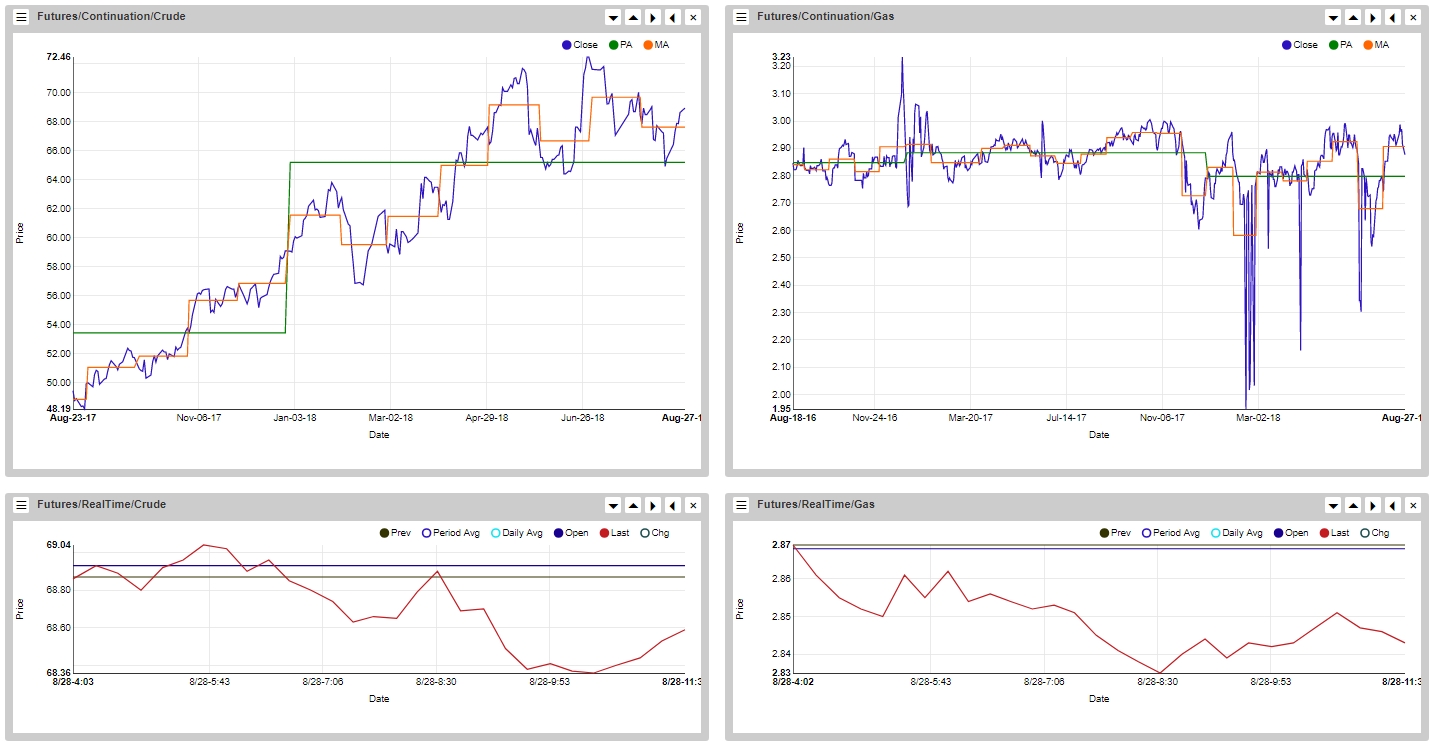 Crude peaked at $69.04 early in the morning yesterday but fell quickly toward mid-$68s to round off the day.  Gas was off just over two cents after opening at $2.87. 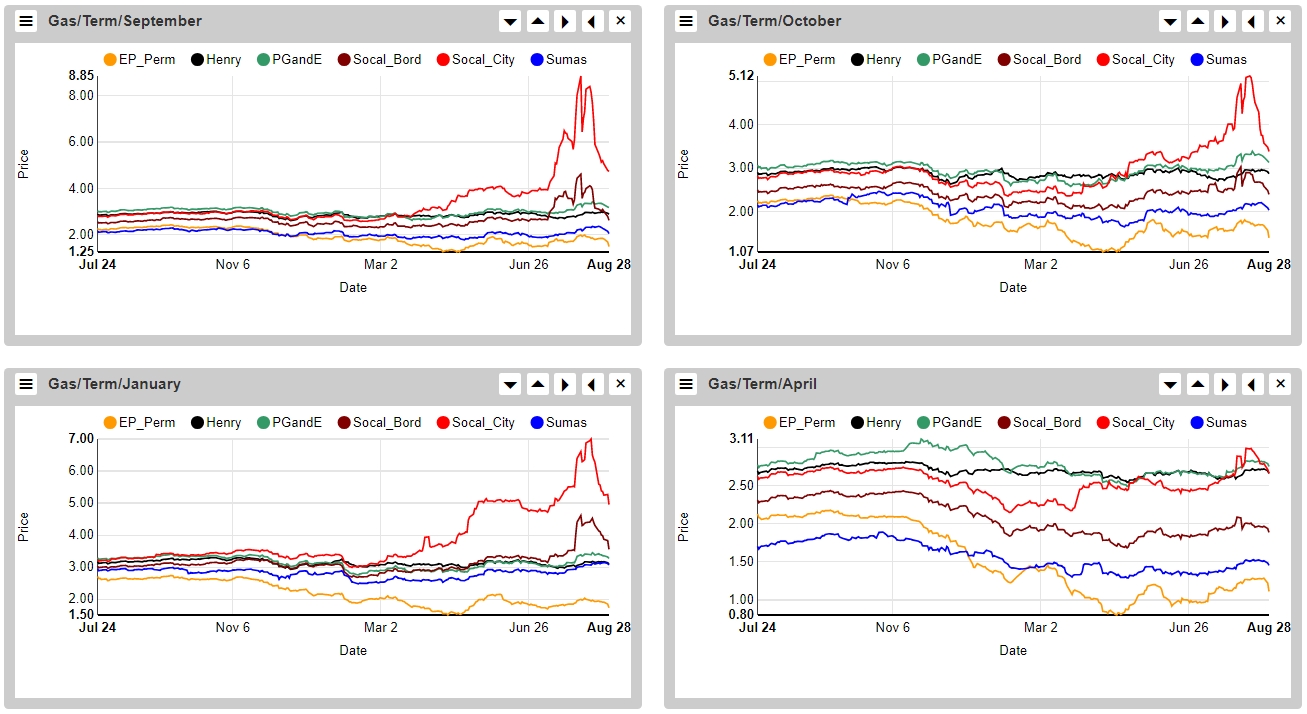 SoCal Citygate continues its fall in Sept, Oct, and January.  September’s price ($4.73) is at its lowest point since mid-July.  SoCal Border September is now lower than Henry and PG&E.

Citygate marked its lowest point since early July on Monday but remains well below levels from even a week ago. 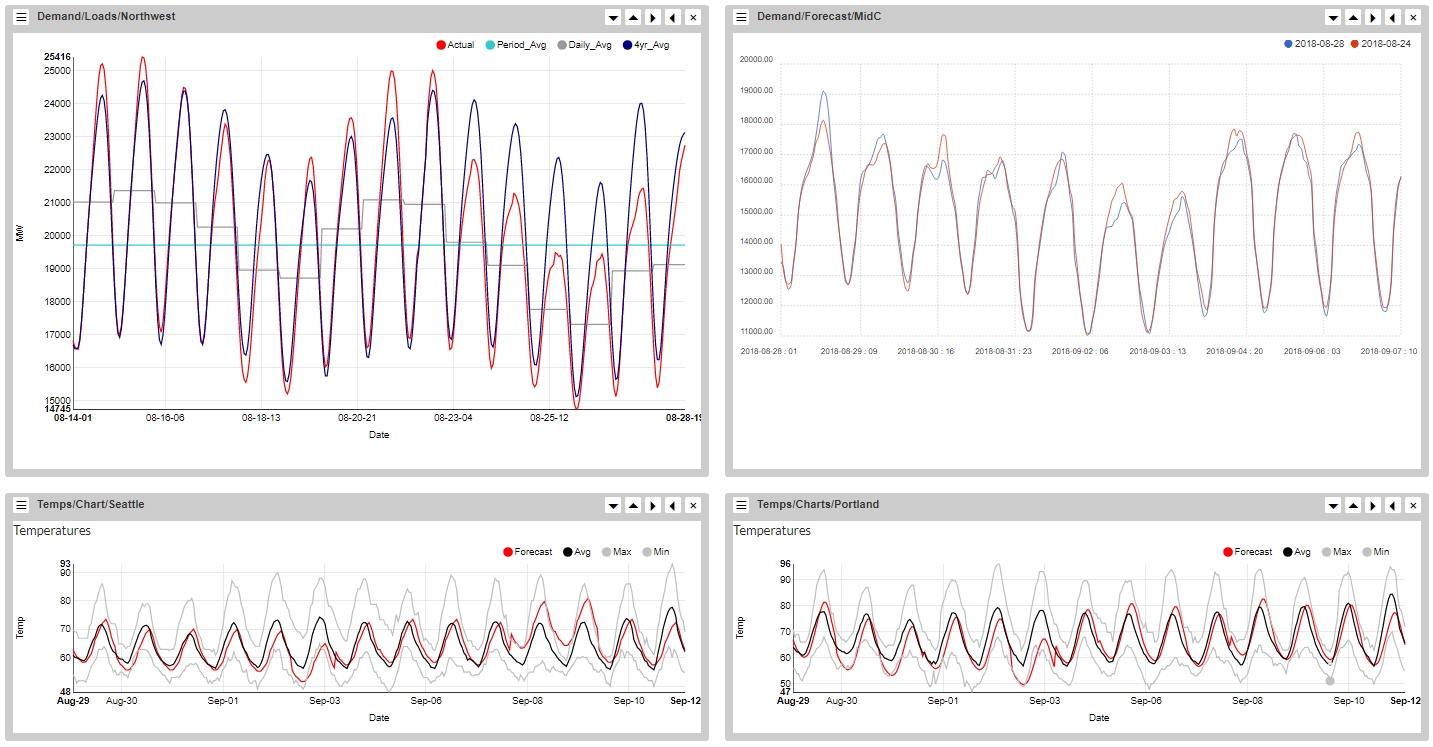 Seattle will top out at 74 today, three degrees above normal and well in the neutral degree day range.  Highs will drop as we move toward the beginning of September and eventually hit a high of just 64 by the 3rd, ten degrees below normal.  Portland will hit 80 today but has just a handful of days that warm in the remainder of the forecast.

Loads were up more than 1,500 MW yesterday though they remained more than 2,000 MW short week-on-week. 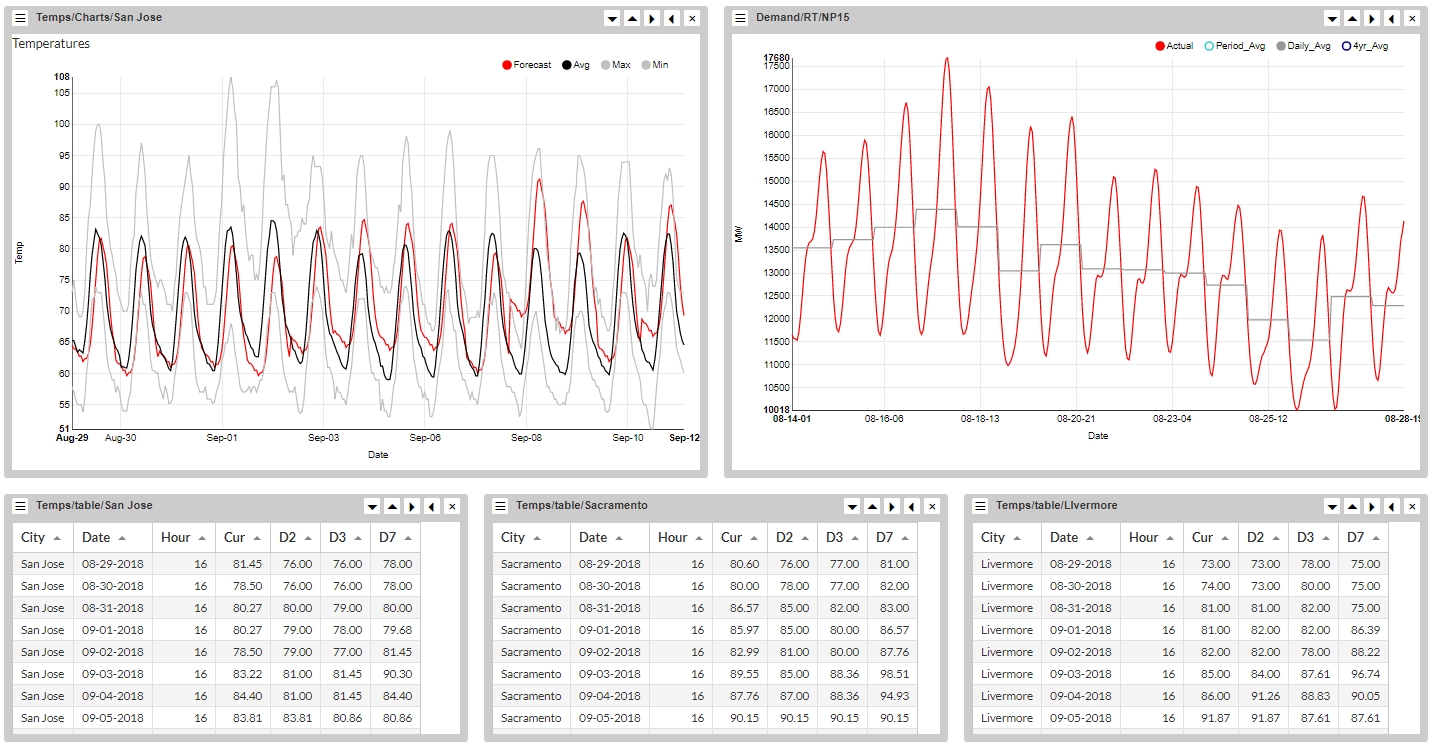 Demand decreased in NP-15 with peak loads falling 500 MW short of Monday as well as week-on-week.

San Jose is projecting temps within two degrees of normal until the 2nd where temps dip five degrees below average.  A moderate warming period may be in store in the second week of September as temps could rise back into the 90s. 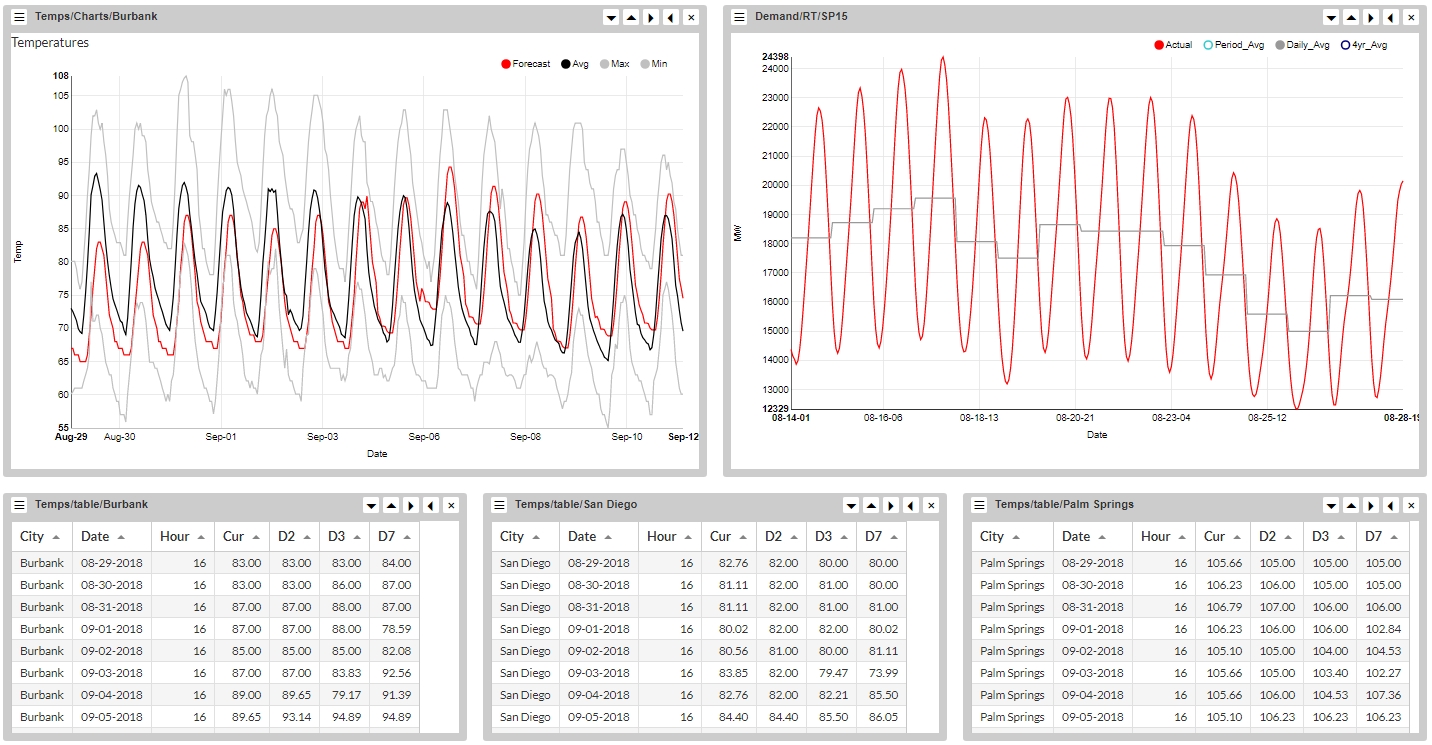 Burbank isn’t projecting daily highs above normal until the 5th of September and today’s high may come up 10 degrees short of average at just 84 degrees.  Lows are falling into the comfortable low-60’s as ACs may get an extended break. 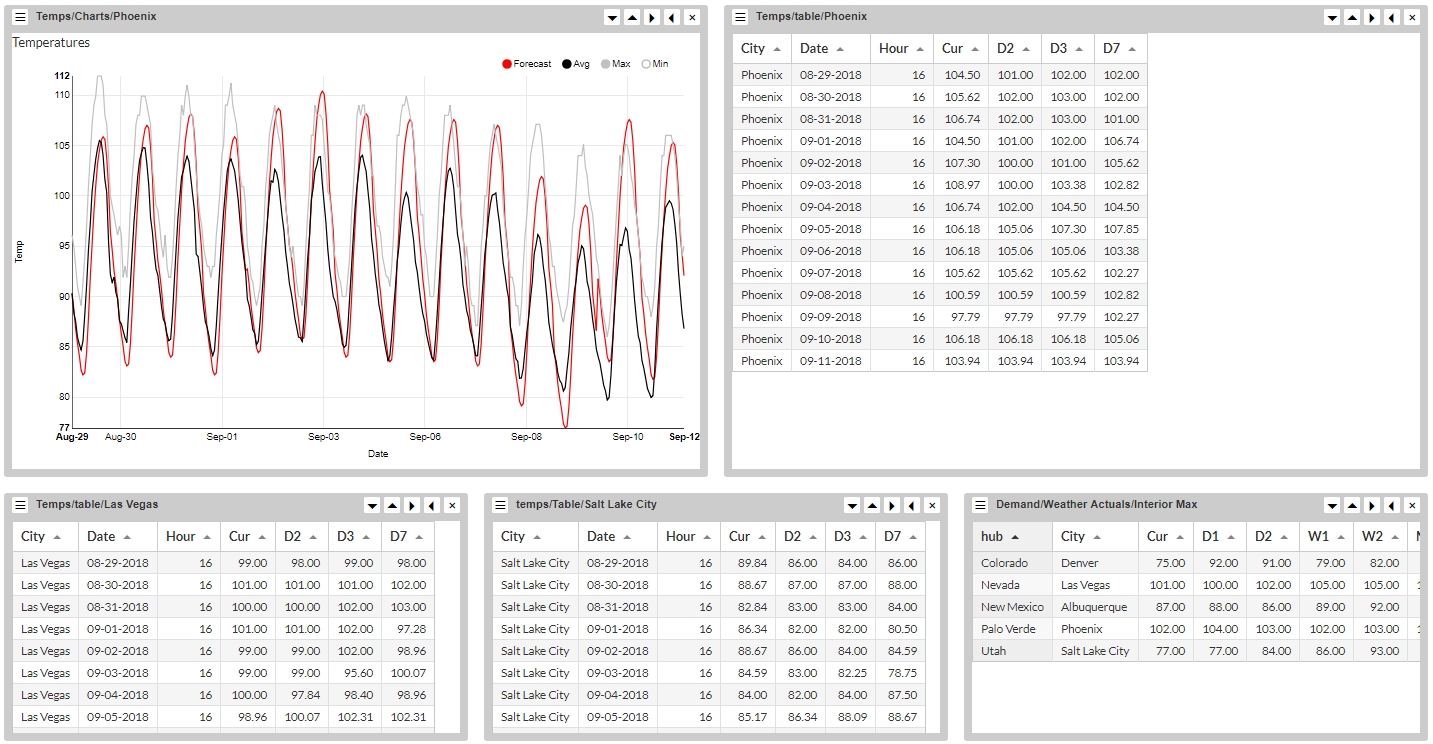 No below-normal temps in Phoenix for the foreseeable future as temps are set to rise as much as six degrees above normal by the 3rd and top off at 110 degrees.

Las Vegas isn’t showing the same heat wave though temps will stay in the 100’s through the end of the month. 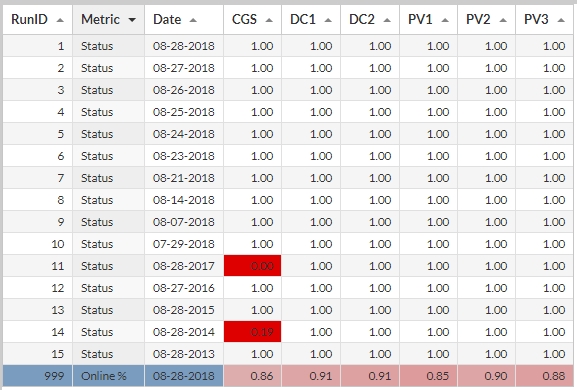 NP gas noms hit their bottom on the 26th at 484,000 MCF and have since rallied to 640,000 MCF as of yesterday.  Mid-C demand is up slightly day-on-day but still pales in comparison to the levels we saw early last week. 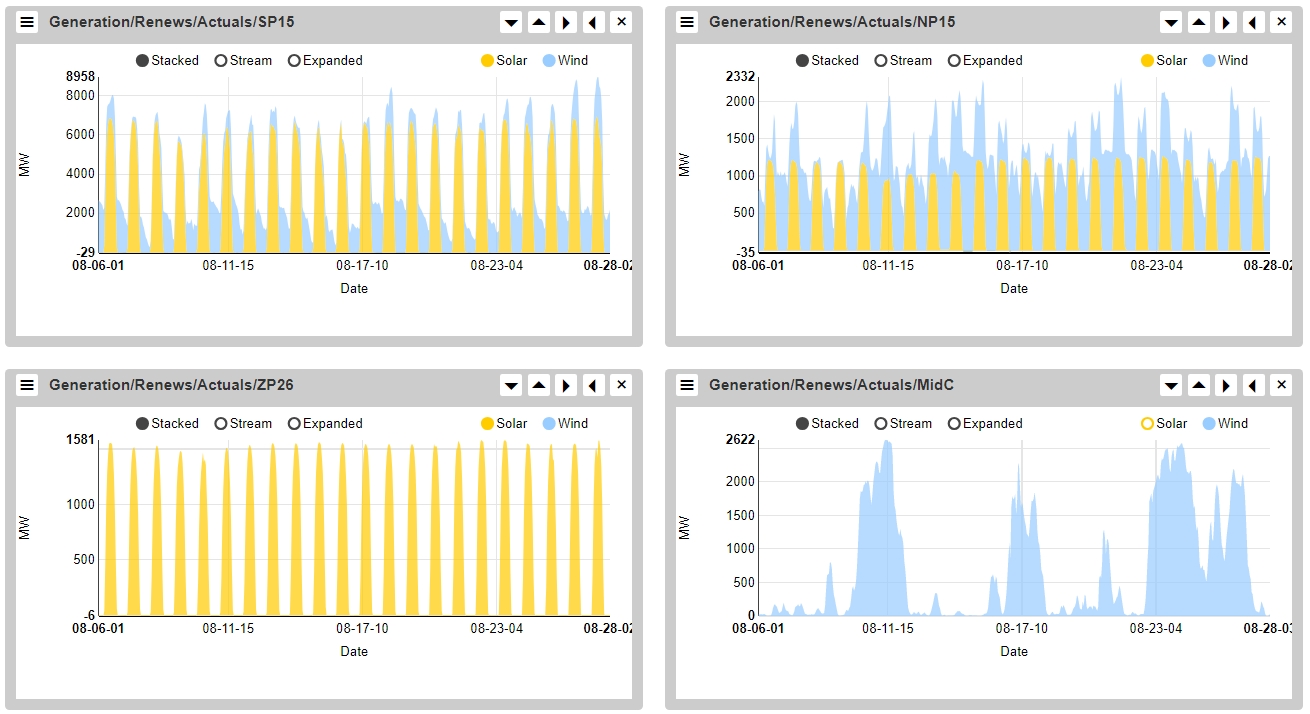 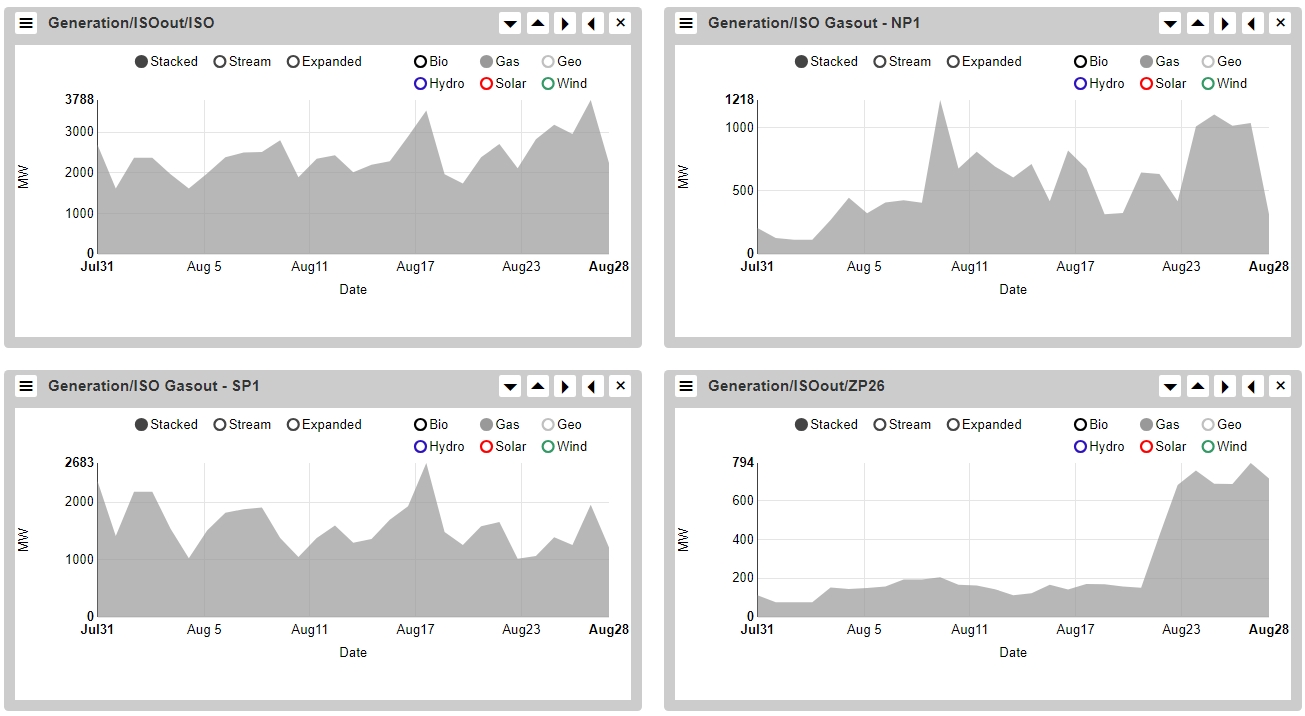 Hungry Horse and Libby each dropped a foot in elevation over the past week while Grand Coulee shed 2.5′ in the same span of time.

Two dramatic, albeit short, drops in TTC are scheduled for tomorrow at 7 AM and 4 PM as the line falls to 1,513 MW for each occasion.  Another decrease is scheduled for the 8th and 9th.