Little more than noise to round out the August forecast as just 53 aMW was added in the most recent update.  September had slightly more excitement with a 162 aMW decline.  The main attraction in this week’s update is focused in October through December where the first two months increased just over 600 aMW each (bucking a several-consecutive week decline), and where December dropped a massive 1,048 aMW.

September begins with a 920 aMW drop on the 2nd and follows that up with sustained 500-800 aMW week-on-week drops through the 16th.  From there through November it’s consistent increases with some as high as 1,100 on November 3rd.  December saw an immediate drop that was held through the entirety of the month. 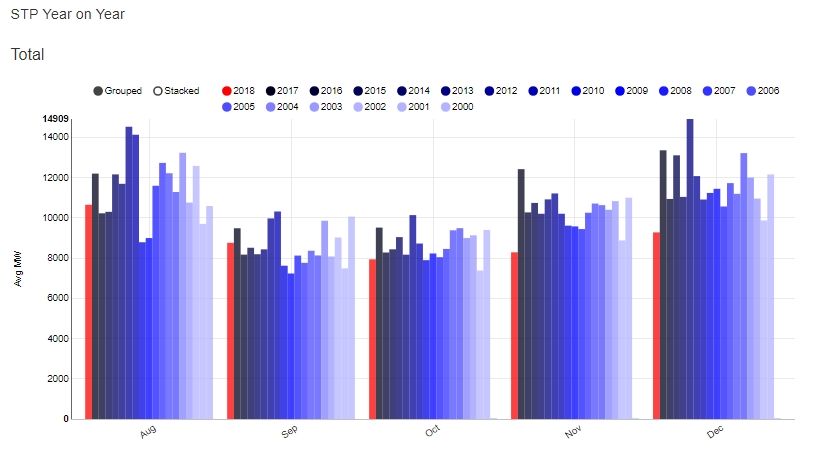 November and December stick out as major anomalies compared to the rest of the century, especially December.