August moved up 215 aMW in this week’s forecast following the previous update’s neutral 3 aMW increase.  September had a subdued 105 aMW decrease, while October moved more in the same direction with 297 shaved off the forecast (also recording the third-consecutive weekly drop).  November was reduced by 103 aMW, marking its third-consecutive decrease as well.

The 15th-18th of August show up roughly 900 aMW higher in the daily forecast, easily the largest overall movement week-on-week.  The remainder of the month is made up of more modest changes, and that carries over into September as well.  October decreases show up beginning on the 3rd and extend into the first few days of November. 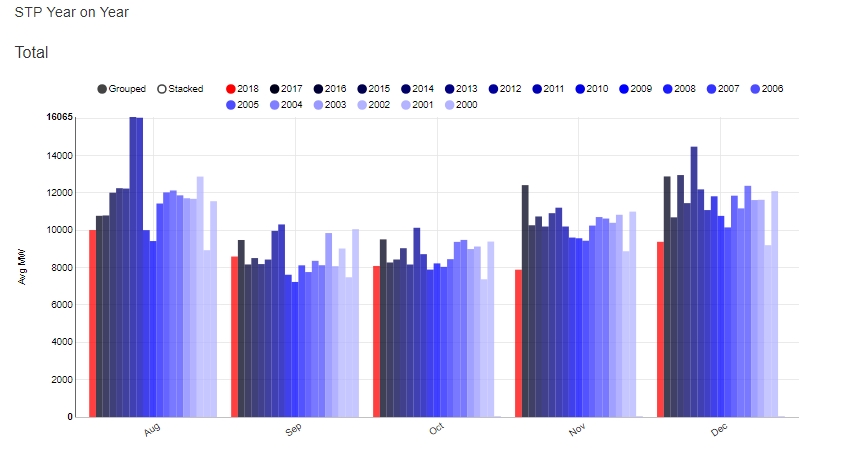 August remains ahead of just three other years (2010 is beat out by just 5 aMW).  September is pacing ahead of average, but the variance in annual totals isn’t very notable to begin with.  October and November, on the other hand, will be playing catch-up and are pacing well below previous years.