This week’s update lacks significant changes once again, though October and November are starting to take shape.  July increased a modest 187 aMW, while August and September were nearly identical with 105 and 104 aMW decreases, respectively.

While July didn’t change much in the aggregate, the daily figures paint a different story.  The 16th through the 20th show increases as high as 1,600 aMW, while the 20th through the show decreases as low as 1,500 aMW.  August sees things settle into a less erratic pattern, though the first week of the month is considerably lower than last week.  September is mostly even, while October is up from the beginning through the end. 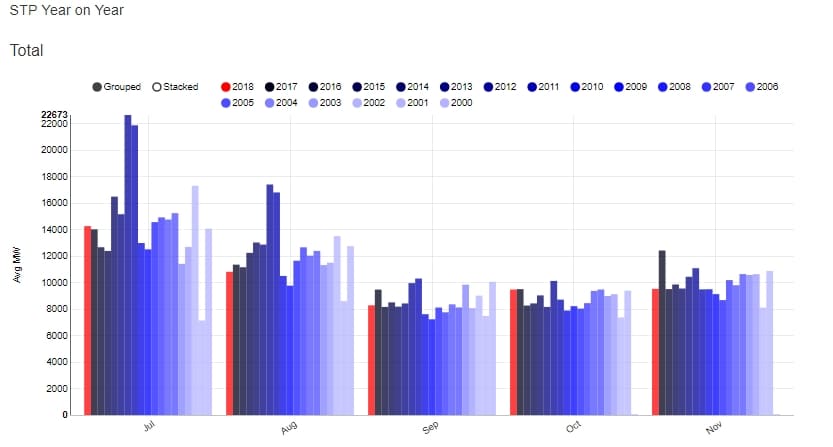 July increased again this week, enough to maintain its lead over 2017, and each of the two years before than as well.  August, on the other hand, fell even further behind, and sits well below this century’s average.