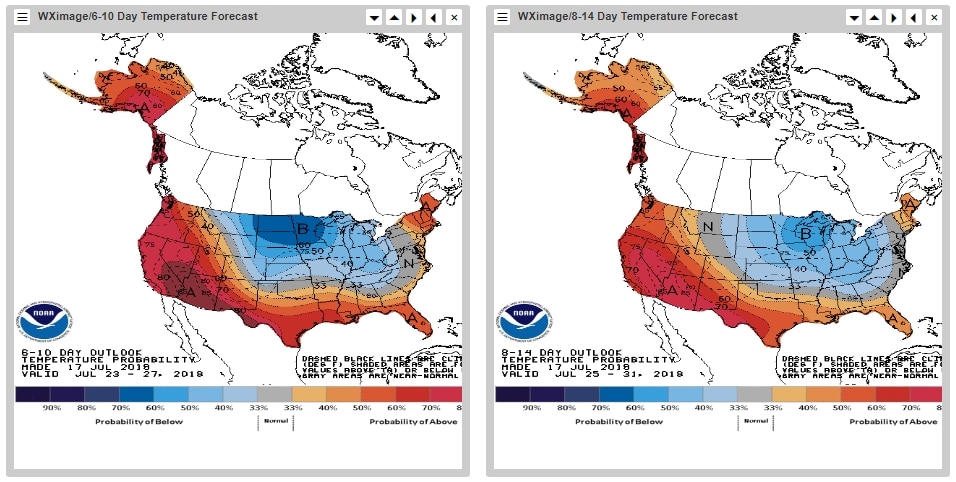 Extreme Southwestern heat should dissipate as we move into the second week of the forecast, but there will still be plenty of sunny days to go around the West, especially in California.  The Northwest is looking relatively normal in the second week after much of the next 10 days are spent above normal. 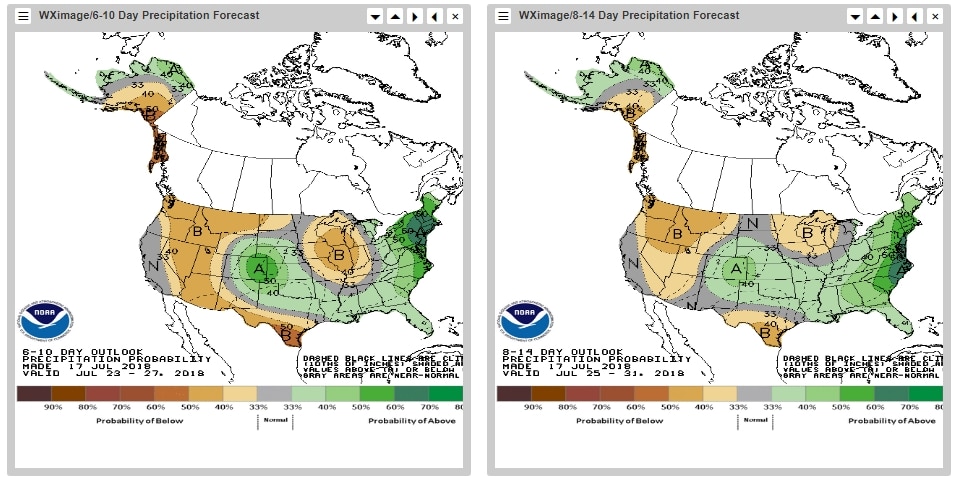 It’s going to be dry everywhere, just as expected. 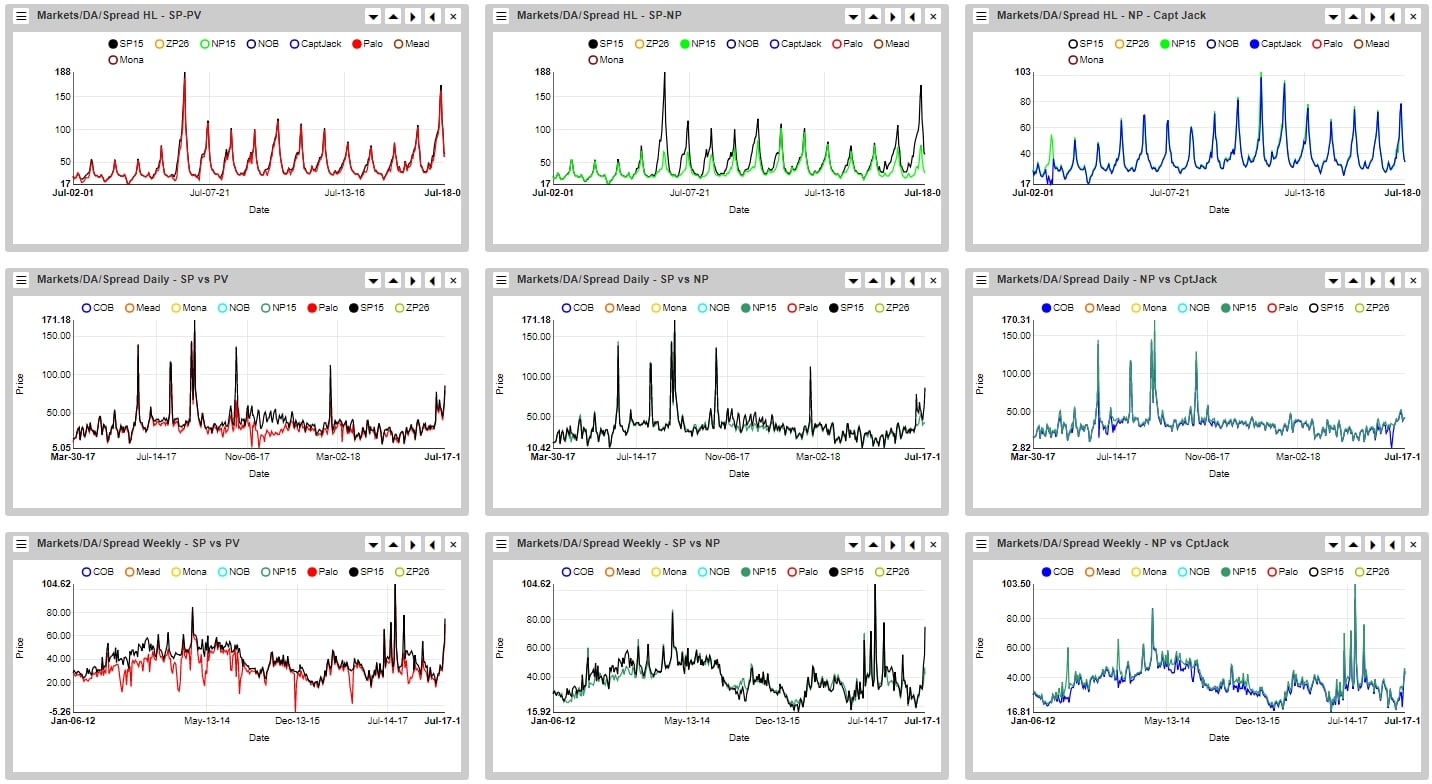 SP-PV spreads increased to $8 yesterday as prices skyrocketed.  SP-NP difference was even larger and has been present for two consecutive days.

SoCal-Citygate is back above $7.00 after dropping late last week.  The hub remains elevated after beginning its ascension on July 5th. 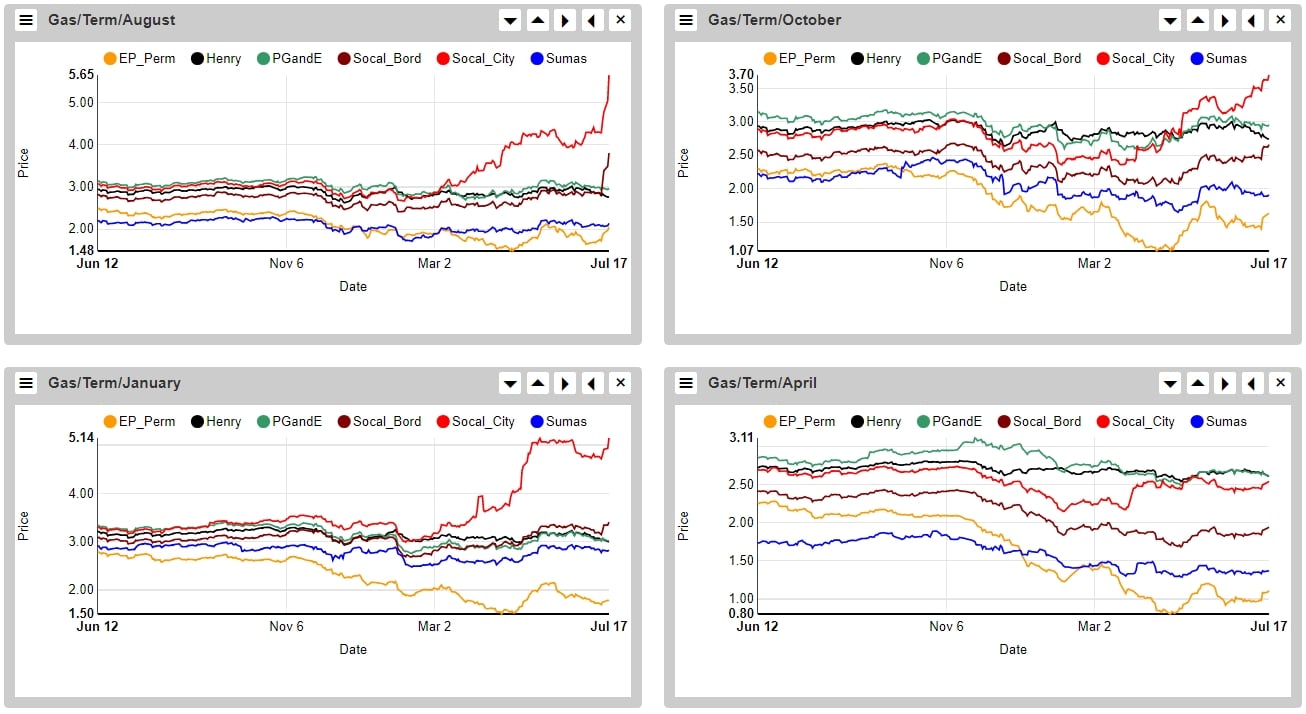 August gas is moving off the charts for Socal Citygate, though Socal Border is heading in the same direction as well.  October and December remain elevated for Citygate as well, though they don’t show the recent spike that August presents.

SCG storage remains positive, but Northern California storage is seeing heavy withdrawals ever since the 7th of July. 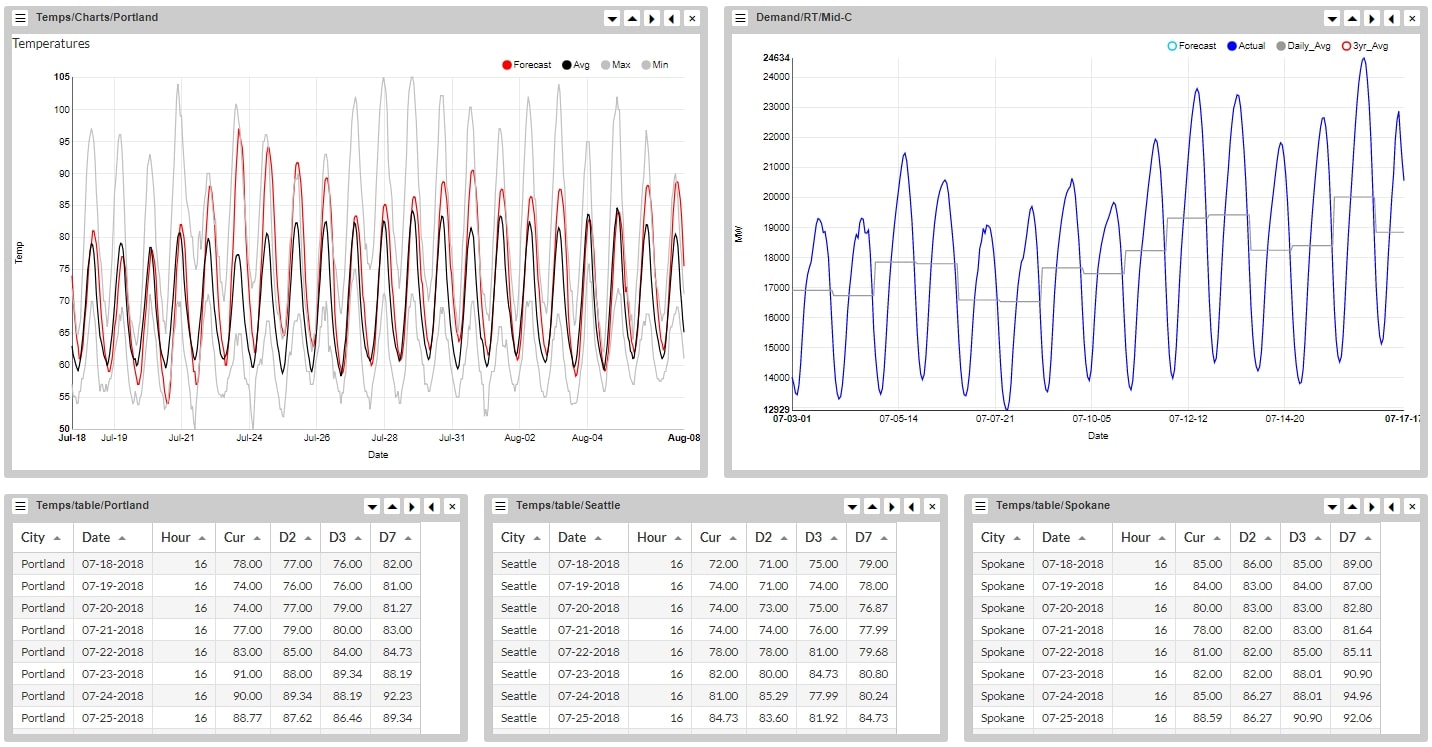 The beginning of next week looks scorching hot in the Northwest as Portland projects a high of 97 on the 23rd (20 degrees above normal) and followed up with consecutive days above 90.  Seattle will jump into the high 80s during the same period while Spokane sits at a more normal high of 84. 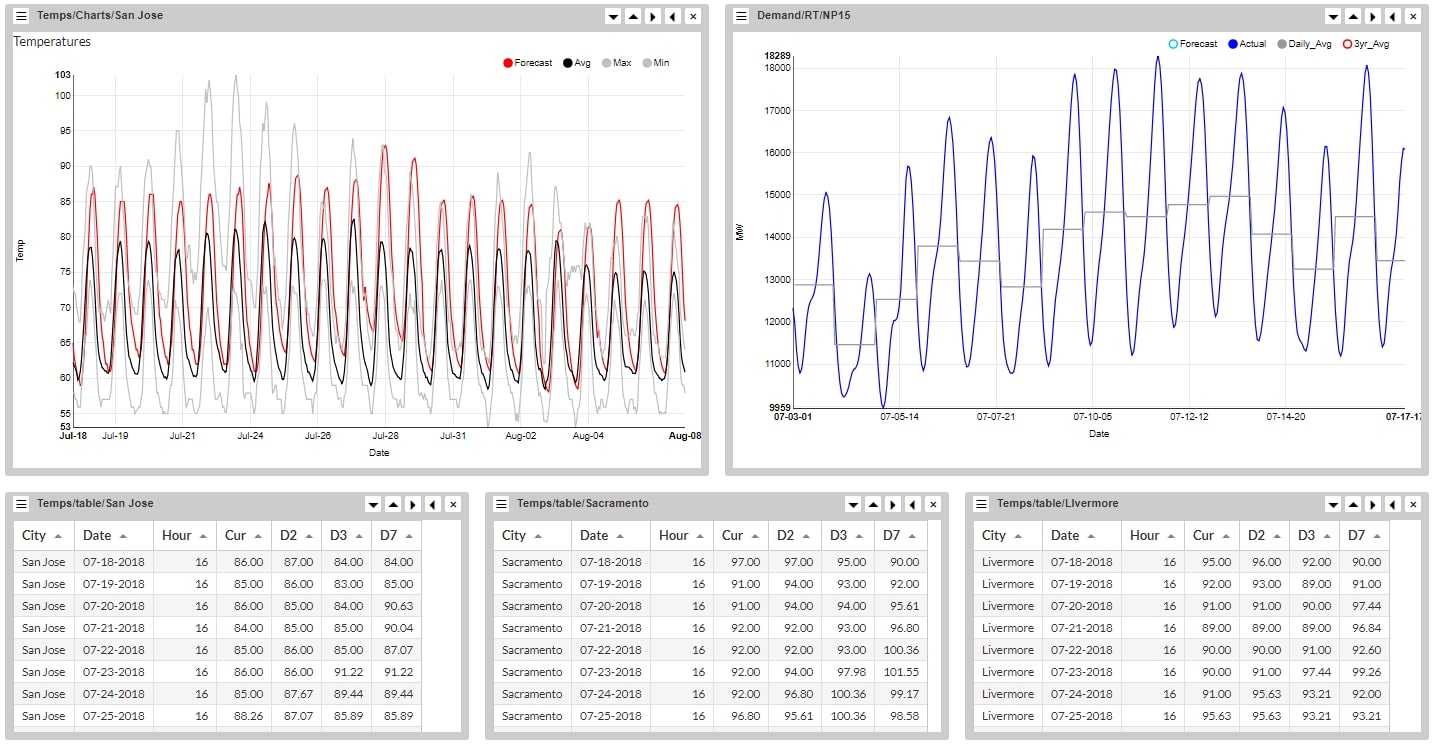 Demand fell day-on-day yesterday in NP as well as Monday topped out at 18,076 MW, the second-highest peak demand in the past two weeks.  Off-peak loads increased 200 MW as the heat begins to linger into the night.

It’s a forecast of mid to high 80’s for the foreseeable future in San Jose with each day typically 7-8 degrees above normal.  Sacramento should reach triple digits today and has plenty more 100+ degree days in store for next week. 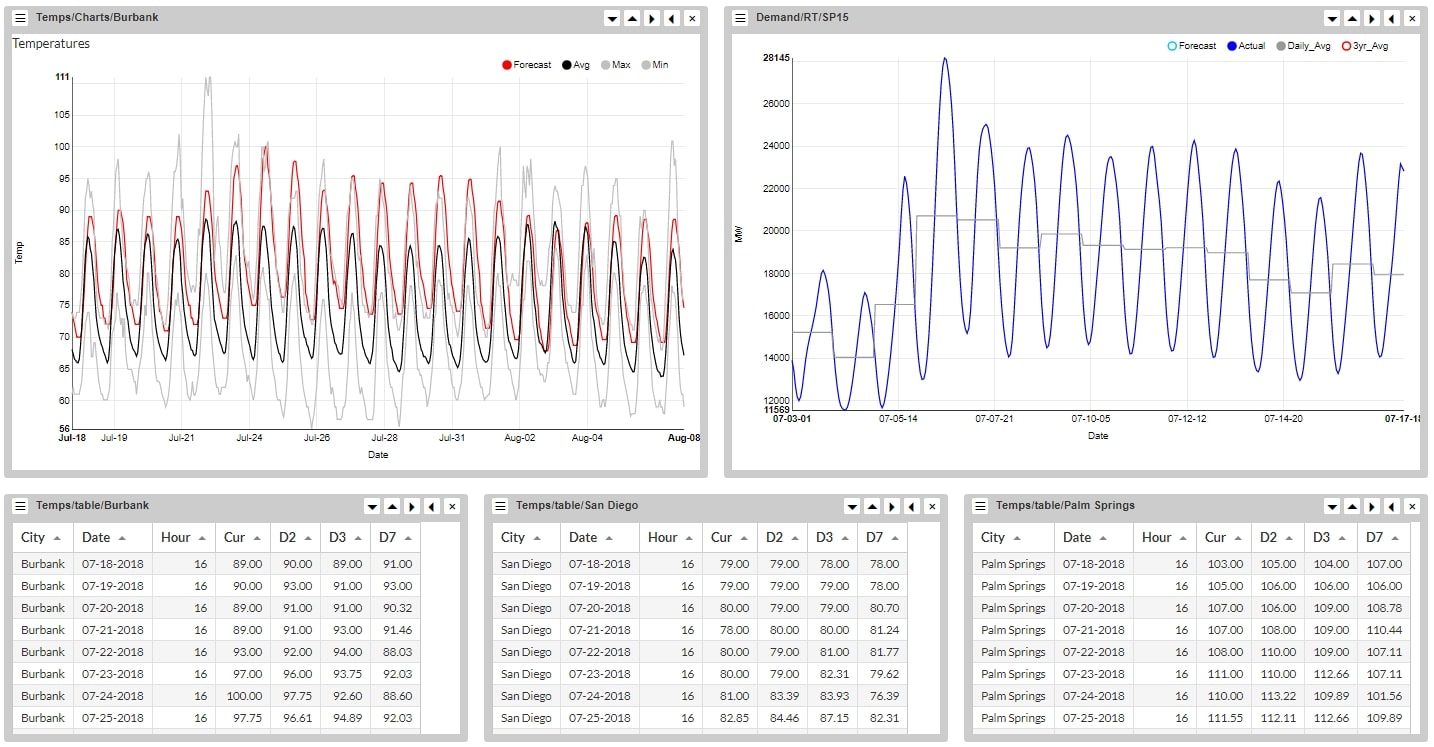 Off-peak demand was up 800 MW day-on-day in the early morning hours yesterday, though overall demand came up just shy of the same day last week.

Burbank is projected to stay in the 90s for the next week before hitting 100 on the 24th.  The heat should stay above average well into the third week of the forecast as well.  Daily lows aren’t dropping below 65 for a while. 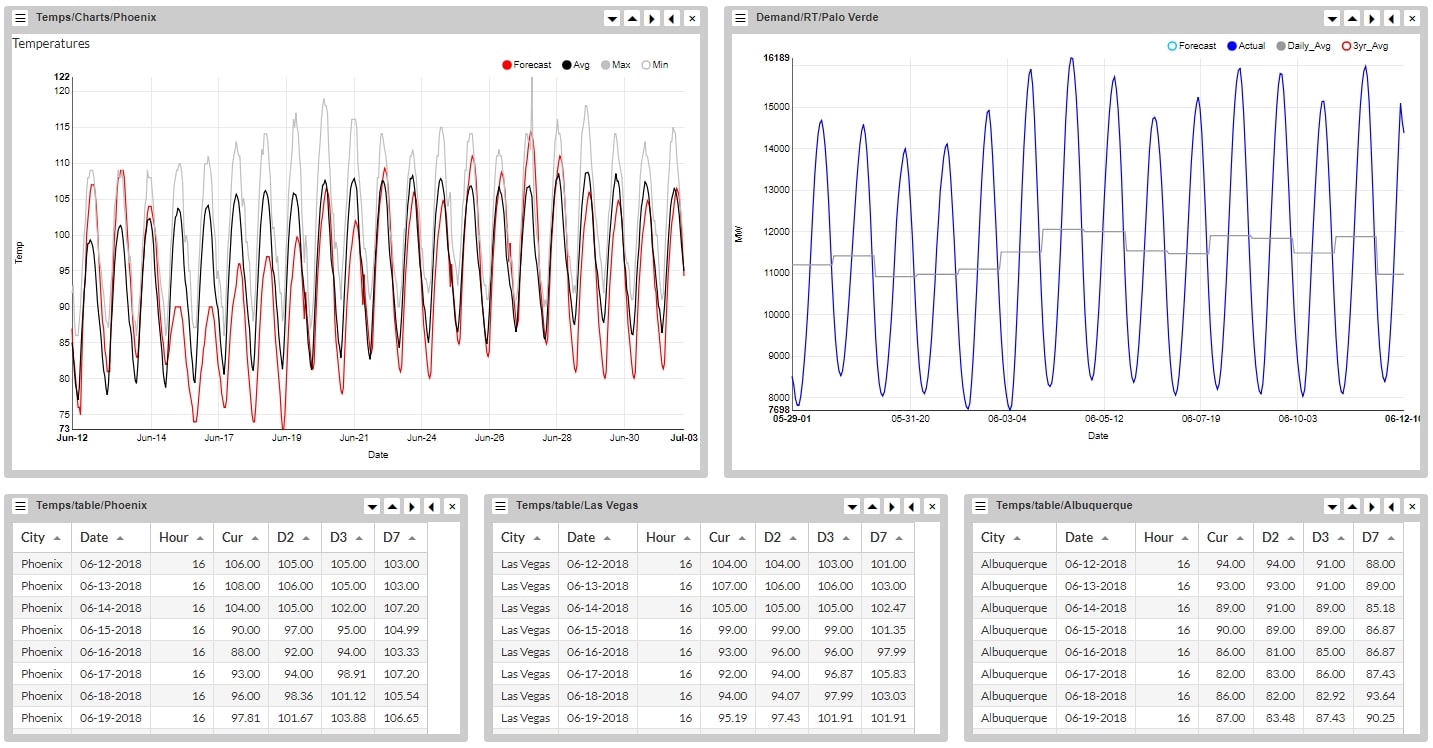 Phoenix is set to drop below normal by three degrees for both today and tomorrow, but quickly bounce back with highs soaring to 111 by the 24th.  Vegas shows highs above 105 through the 30th and peaks at 110 on the 24th as well (10 degrees above average). 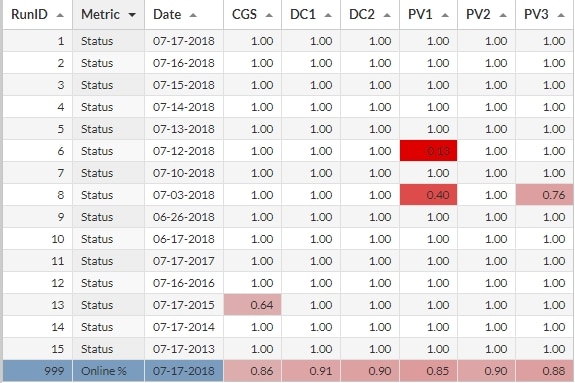 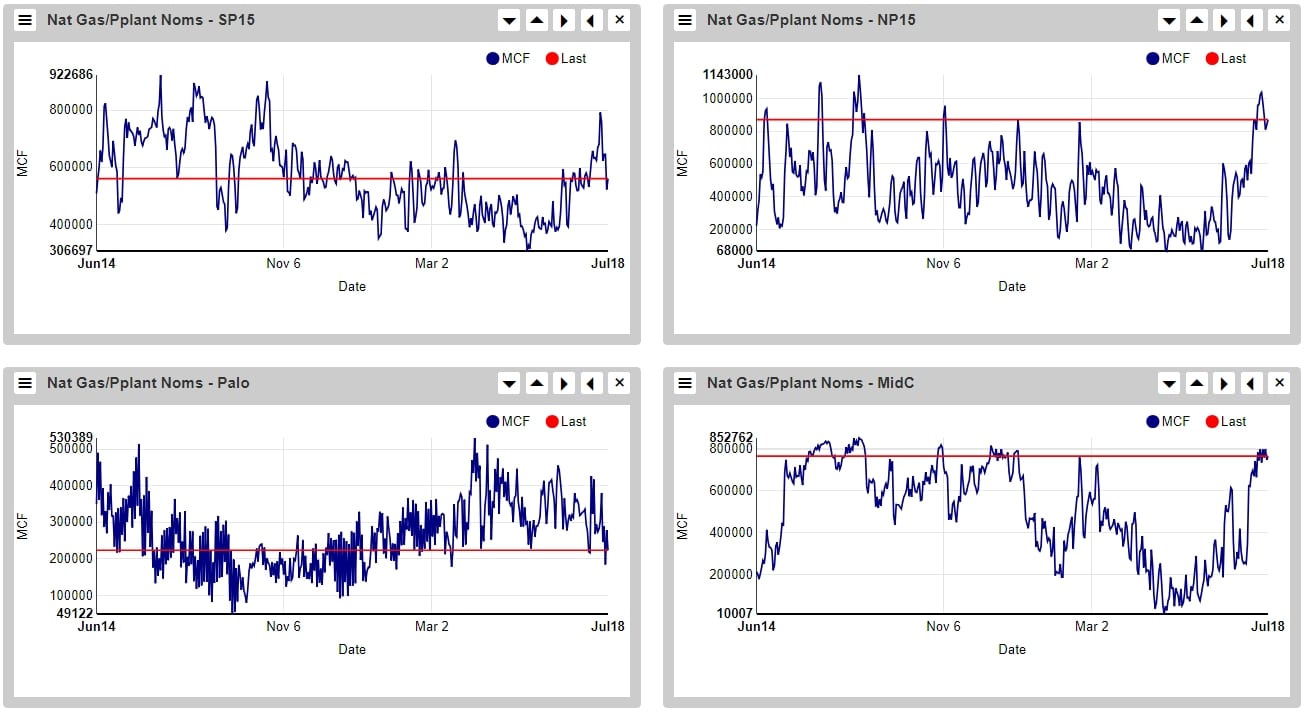 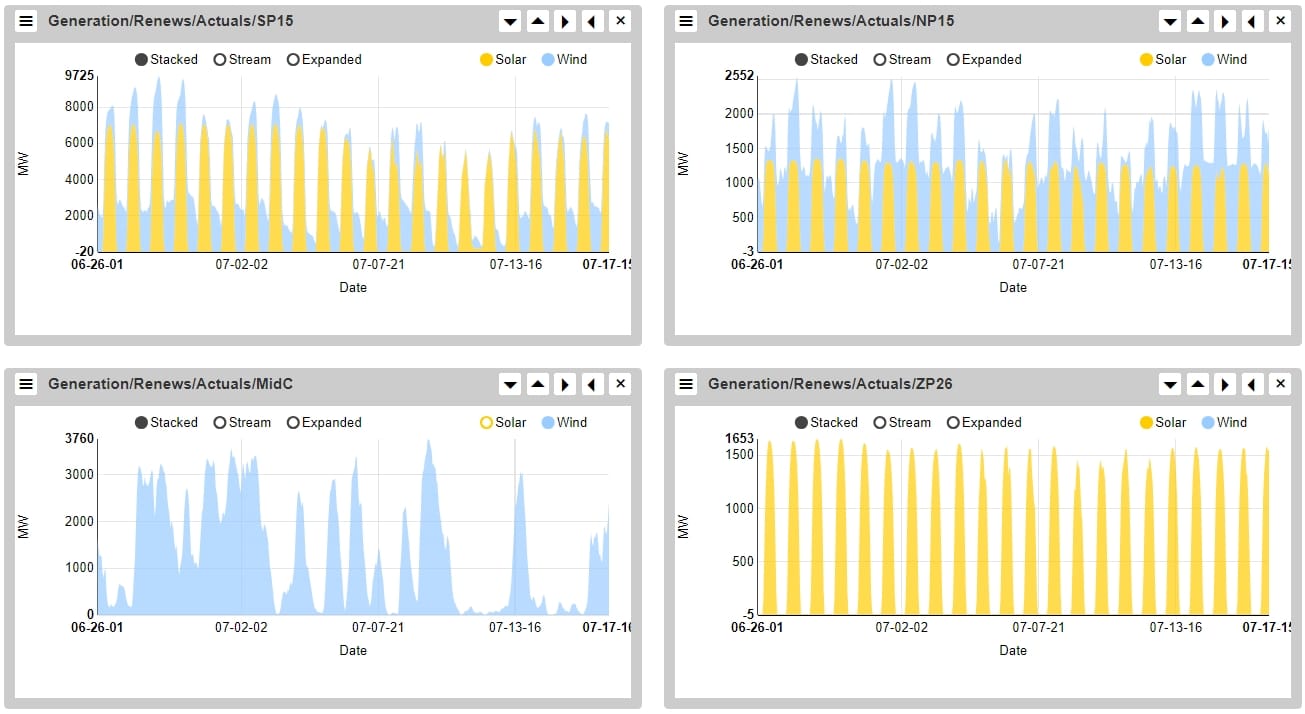 SP solar tacked on 300 MW on top of Monday’s peak yesterday, reaching as high as 6,700 MW.  This still fell shy of the 7,000+ MW string of peak generation we saw the week prior.

Mid-C is showing sustained 1,700+ MW generation for each of the past two days.  This, coming off very quiet wind days for most of the previous week. 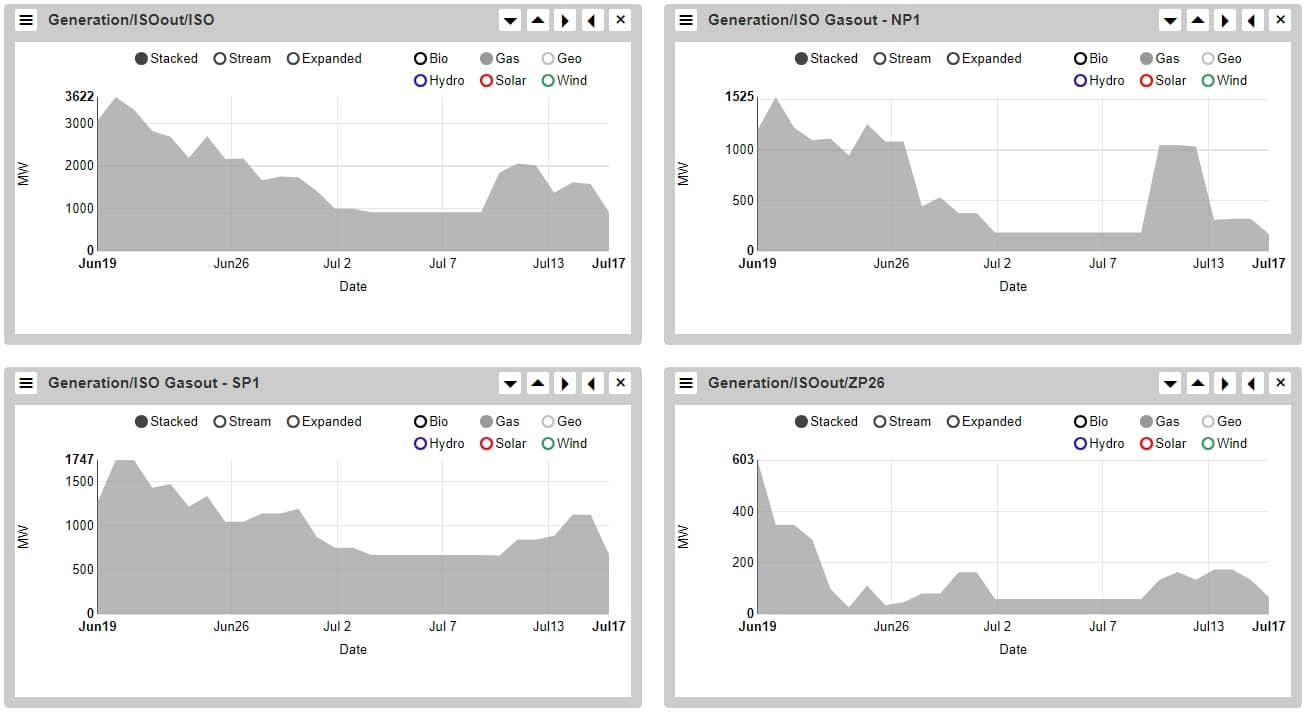 Libby is still growing as the reservoir sits at 2,447.5 ft as of today, while Hungry Horse came off a tenth of a foot since the 14th.  Grand Coulee is holding steady at 1,289.9 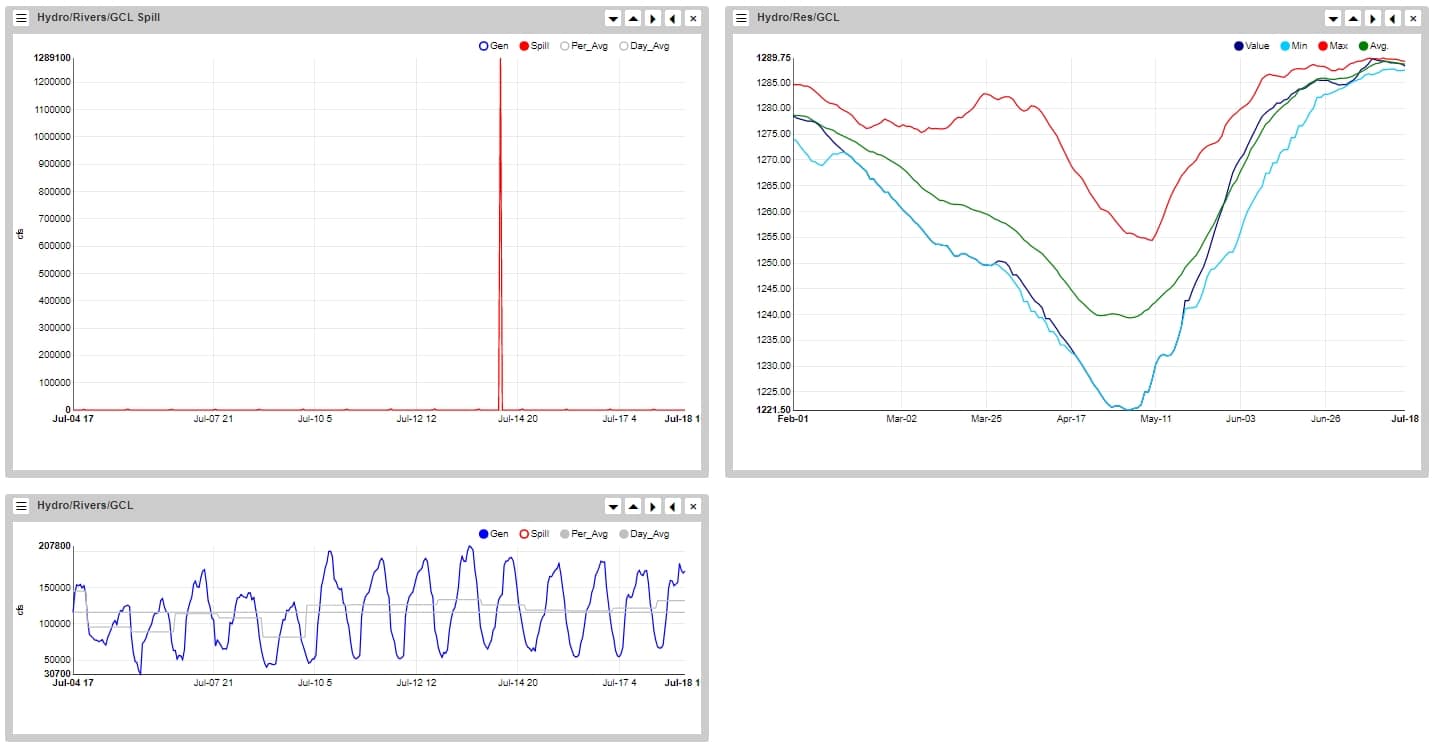 GCL is hugging the average and has done so since the 12th.