July took a steep 1,279 aMW fall after three consecutive weeks of increases, and August dropped an almost equal 1,246 aMW following last week’s steep increase.  September remained essentially unchanged with a 13 aMW drop, while October got a significant boost with 701 aMW tacked on to the forecast.

July falls behind by the 6th and maintains that position through the rest of the month and for much of August, though the difference is slightly diminished toward the tail-end.  September gets an immediate reversal of trend and sees the forecast alternate above and below last week’s projection.  October begins the month with a 500 aMW increase and mostly holds that position throughout. 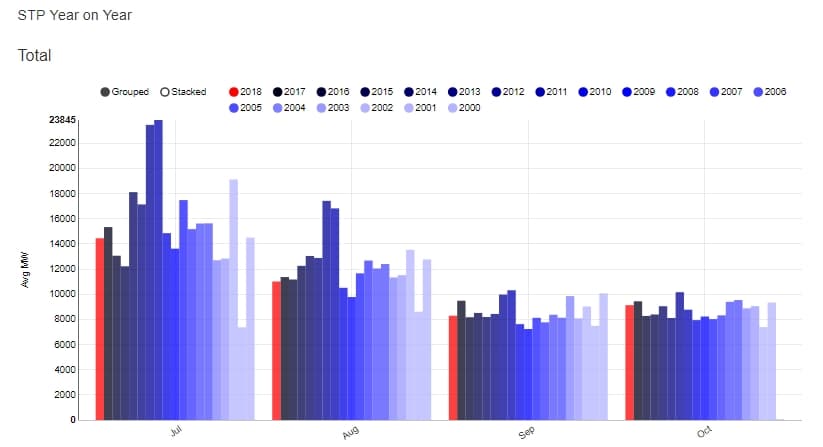 July fell further behind last year, as did August and is now looking close to below-average in comparison to the rest of the century.