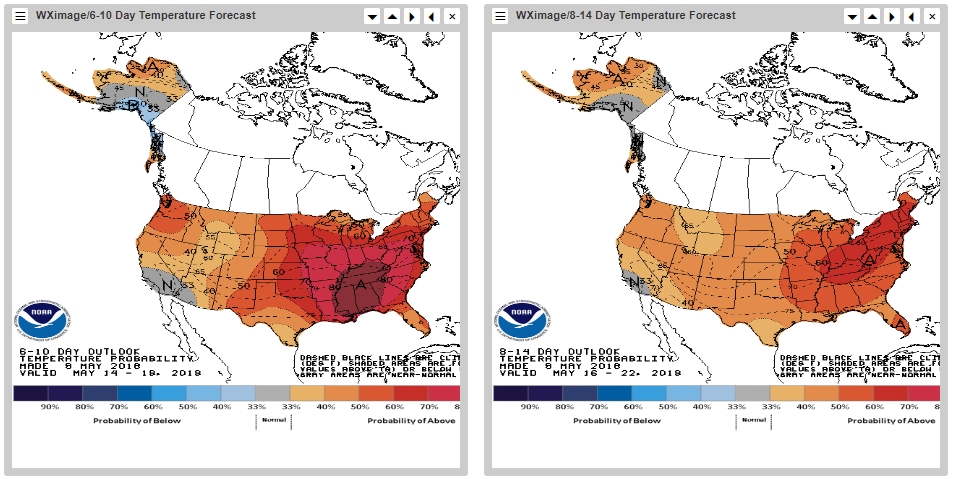 Southern California is projecting mostly normal temps over the next two weeks and is standing out as the only region to do so.  The Northwest is particularly warmer during the first seven days compared to the latter week, while the rest of the West holds on to a 40% chance of above-normal temps.

The Northwest is showing dryer than normal projections over the next two weeks, especially this week.  Utah has a chance for additional precip, while the rest of the west is hanging on to normal. 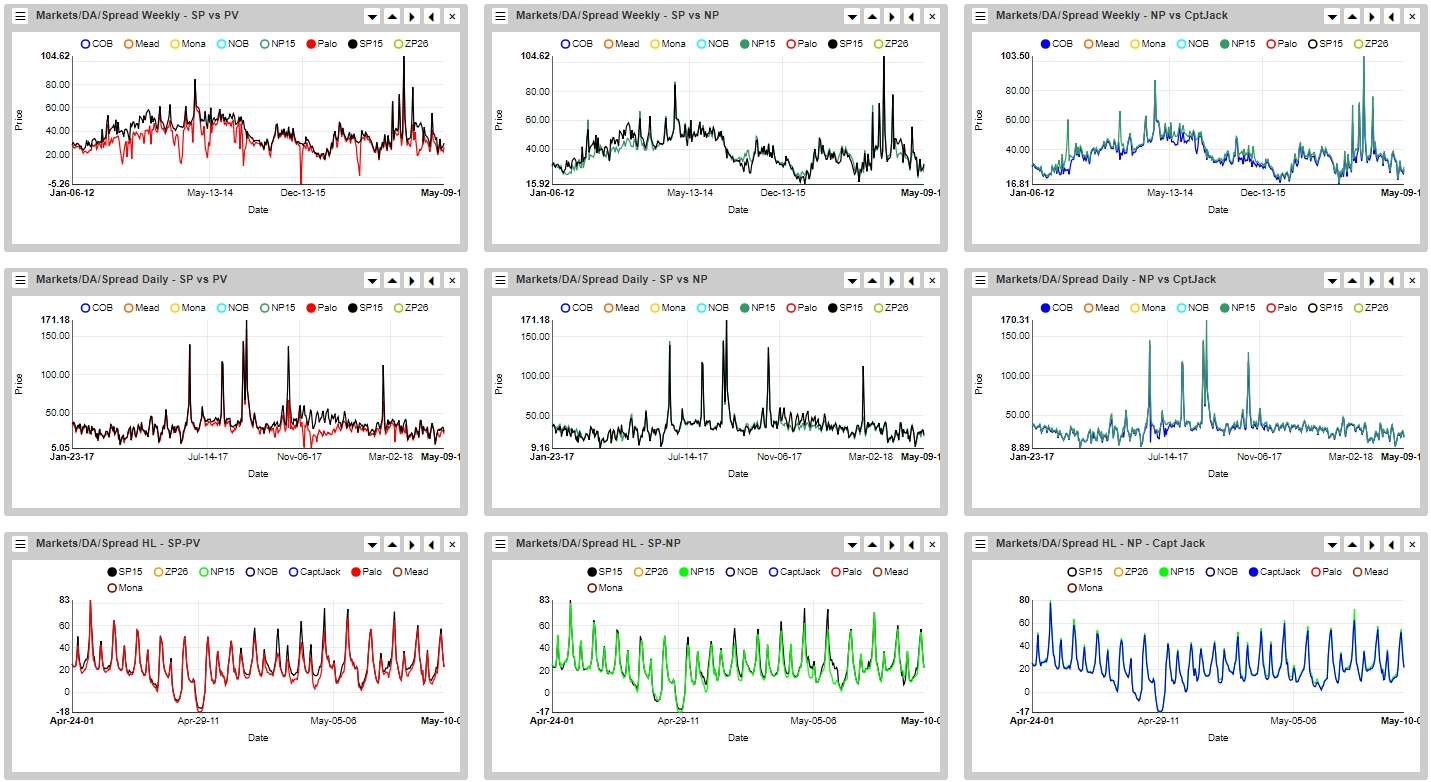 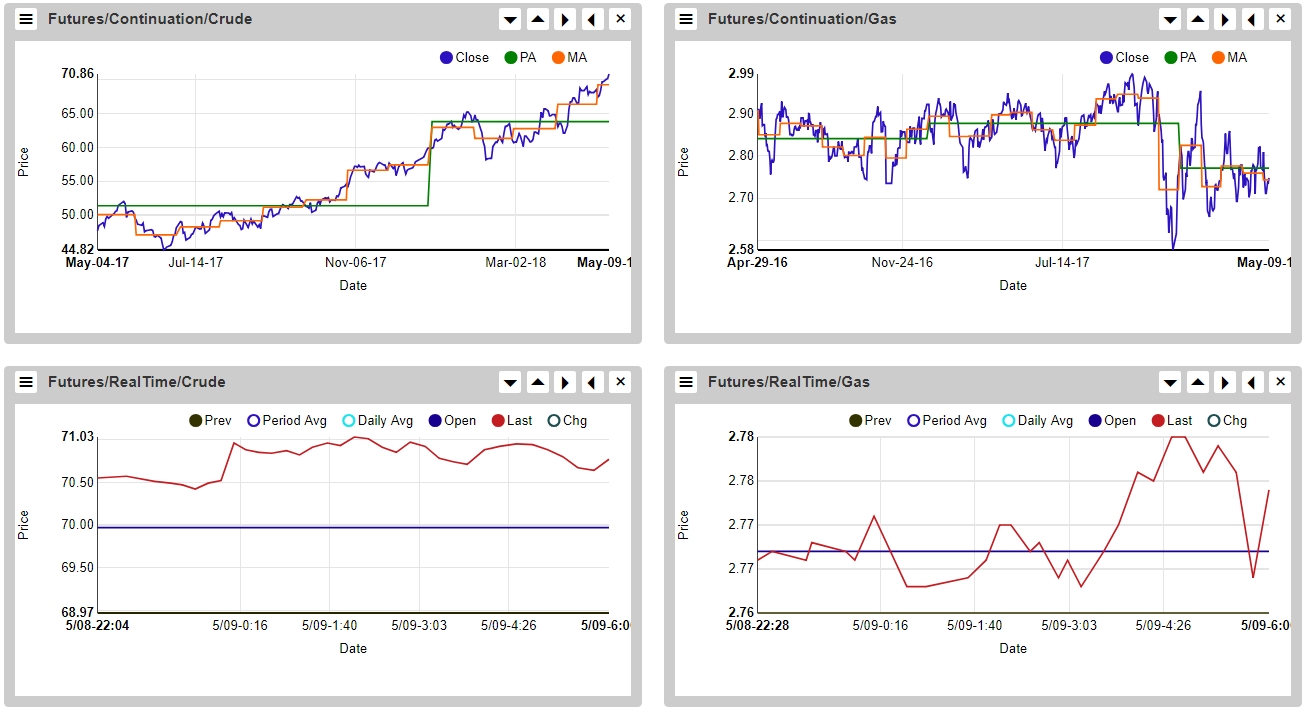 Gas is mostly flat after raising less than a cent this morning, while crude is up $0.20 since midnight. 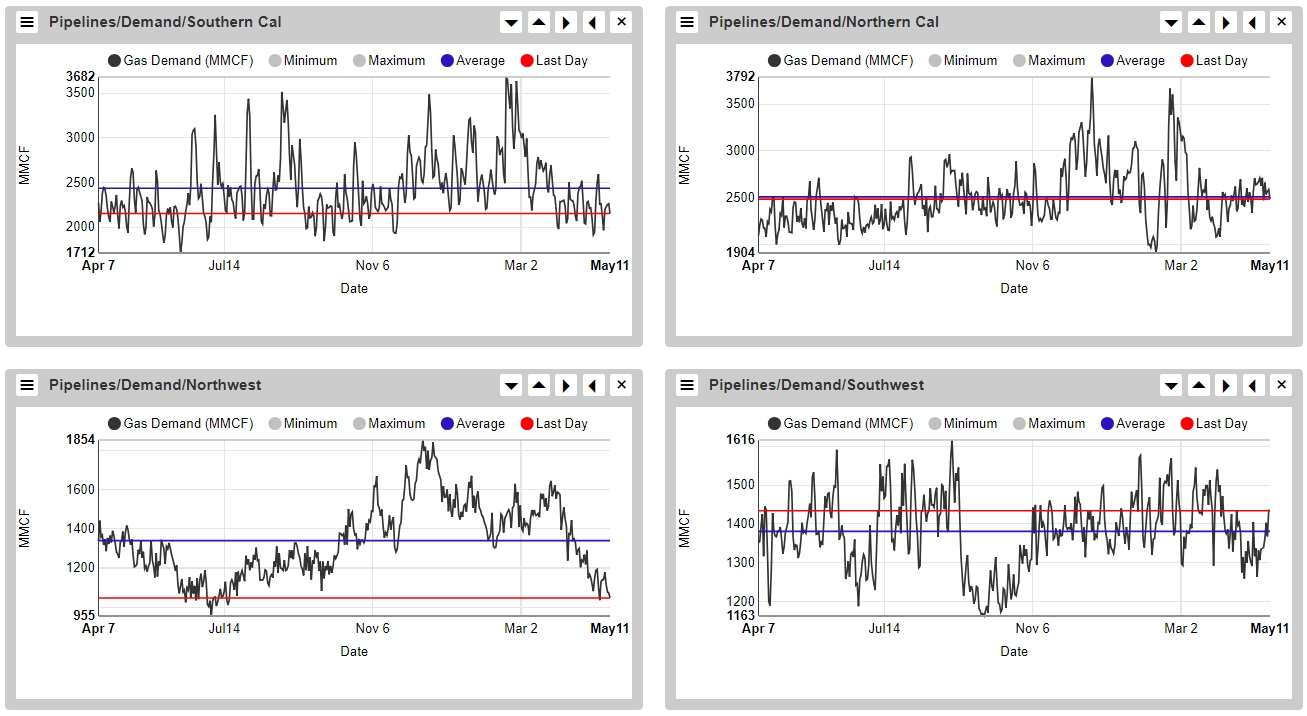 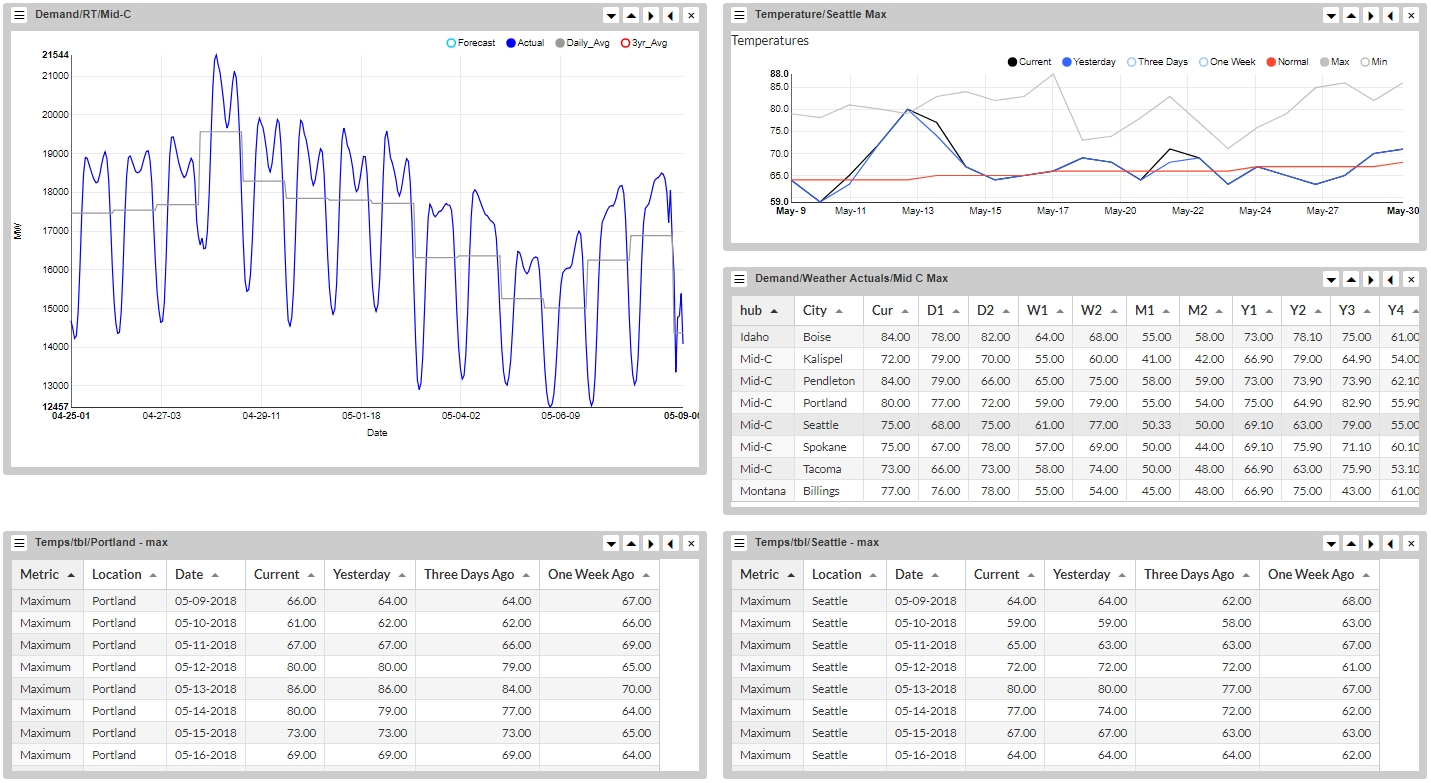 Seattle is projecting a high of 65 today and just 59 tomorrow but will see temps rise quickly thereafter as the 13th calls for a high of 80 (16 degrees above normal) and a new 10-year high.  Temps are expected to drop back to normal soon after. 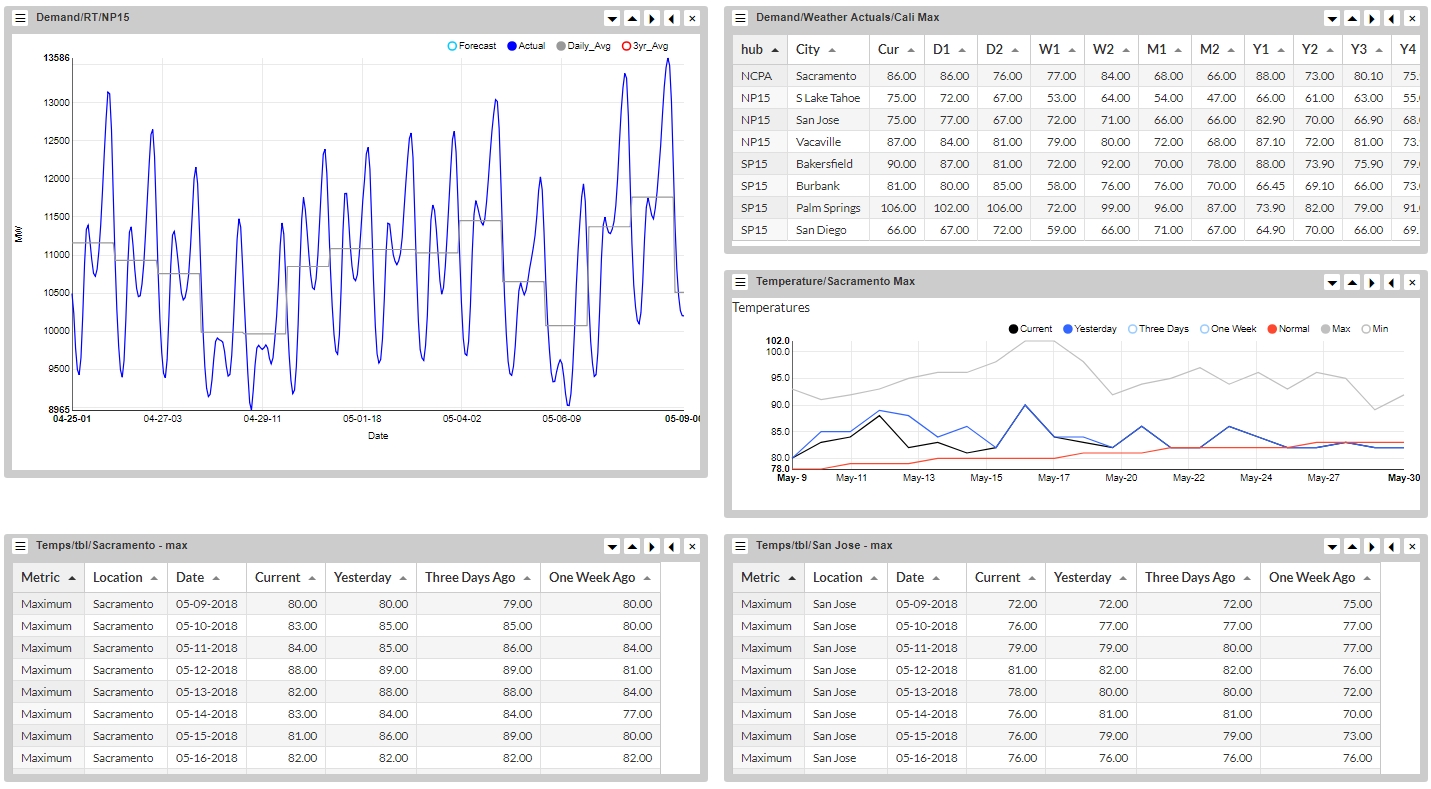 Sacramento shows highs in the upper 70’s today but will jump back into the high 80’s by the weekend.  Temps are expected to stay above normal throughout the three-week forecast, but especially so over the next 10 days.

San Jose will take a quick leap into the 80’s over the weekend as well, but 70’s should fill the forecast though all of next week. 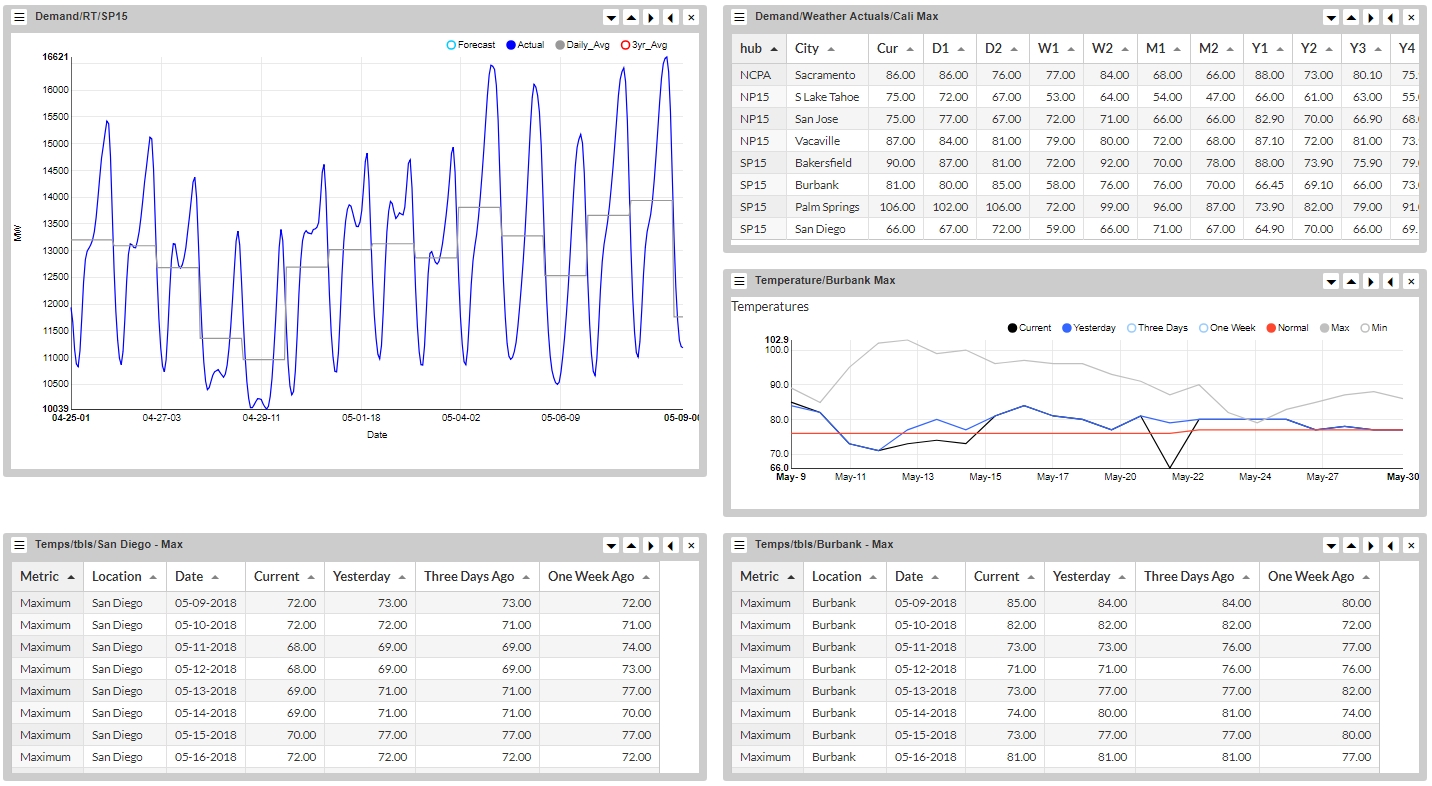 Burbank projects a high of 85 today, nine degrees above normal, and a high of 82 tomorrow, but temps will fall back below normal by the weekend as a high of just 71 is in store for Saturday.  80’s could return by late next week. 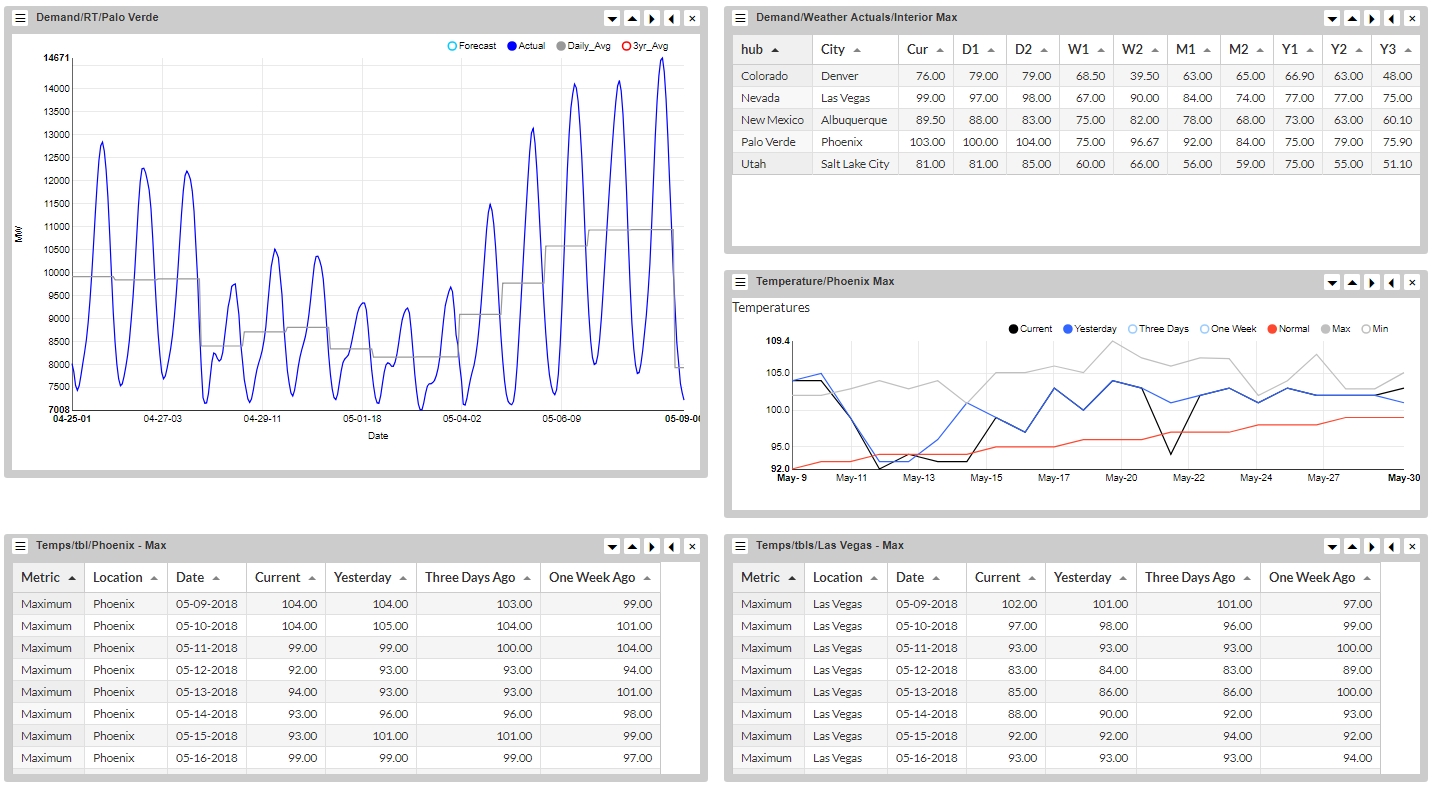 Two more days of triple digits for Phoenix as today and tomorrow check in with highs of 104, both 12 degrees above normal.  Saturday brings a reprieve in temps as a high of just 92 is forecasted.  90’s should be the name of the game until late next week. 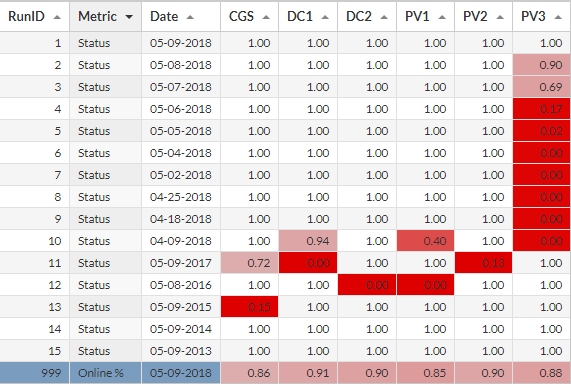 Today marks the complete return of PV3 and the first time all six plants are at 100% in several weeks. 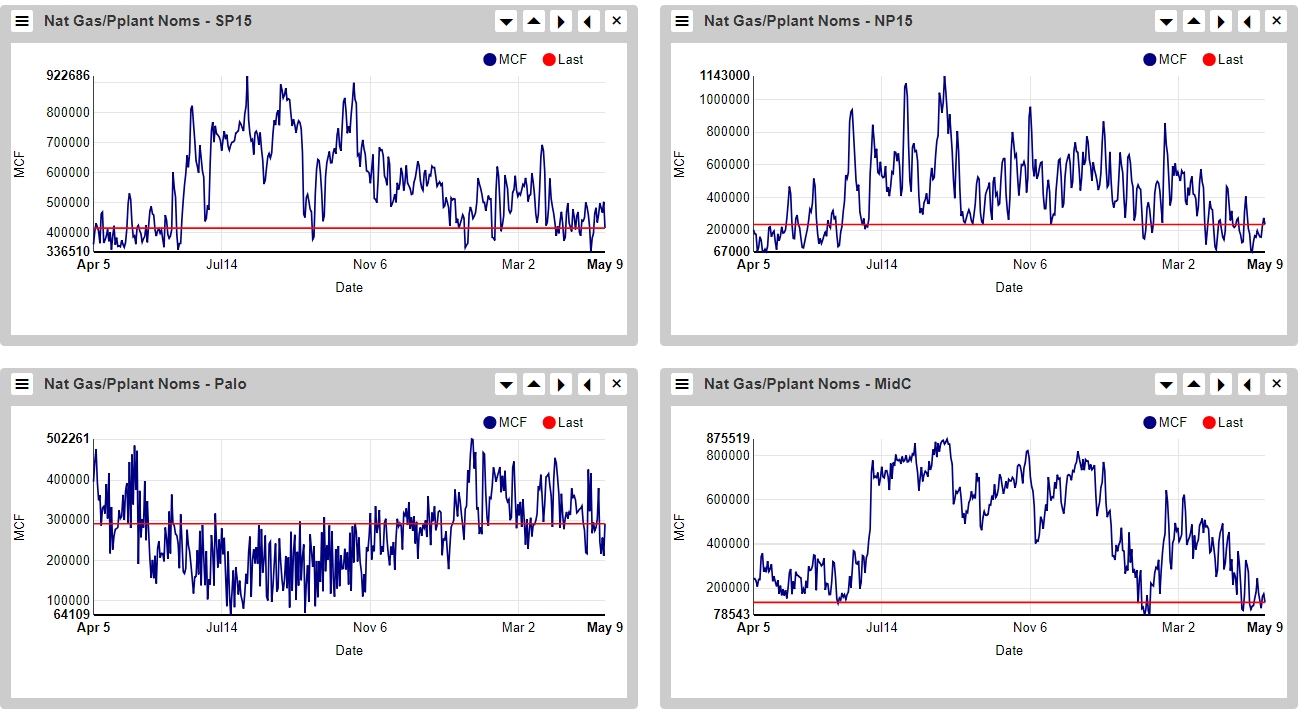 SP gas noms are fell 87,000 MCF day-on-day today and marking the lowest level of the month in the process.  PV gas noms moved in the opposite direction with an 80.000 MCF bounce-back from yesterday. 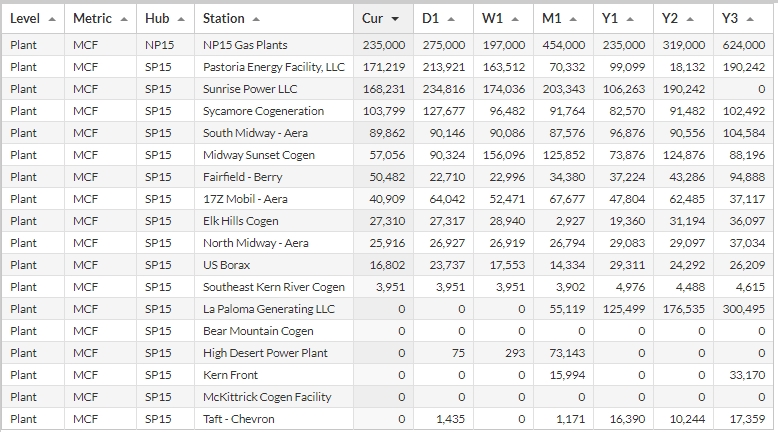 Much of the decrease can be attributed to Sunrise Power LLC coming off 66,000 MCF. 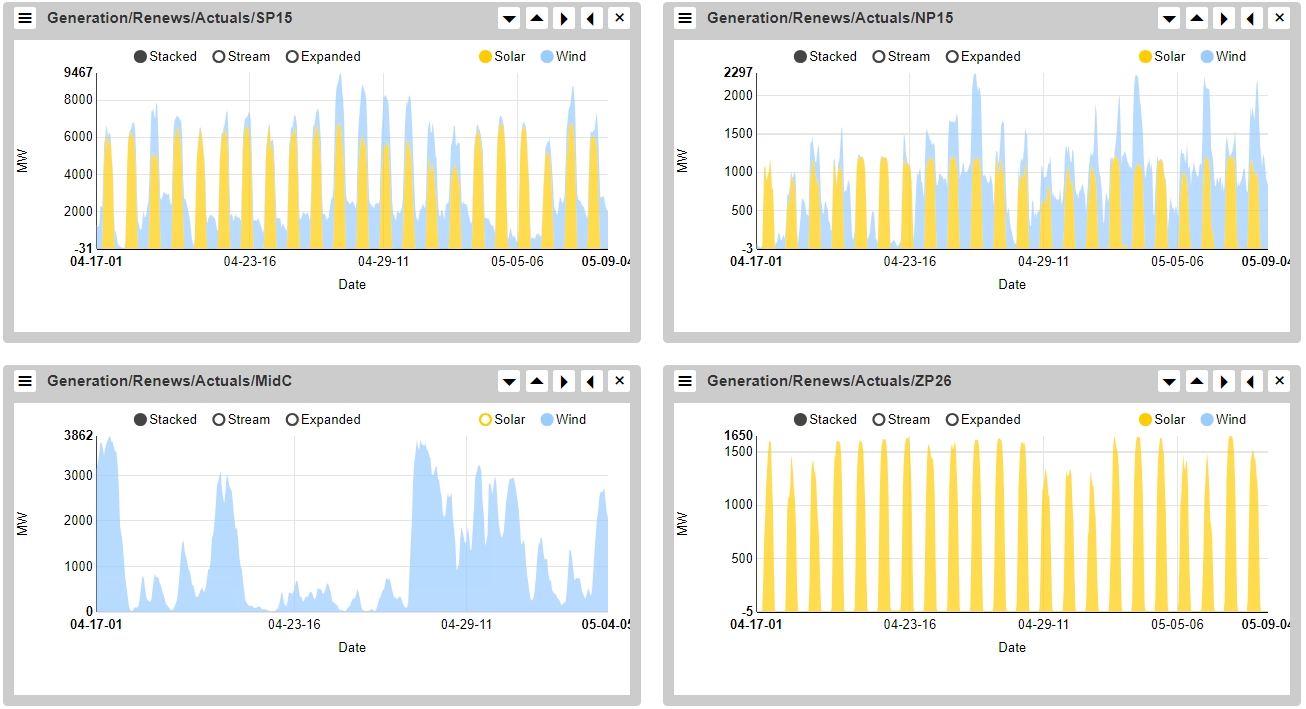 NP Wind peaked at 1,204 MW yesterday, the highest generation in over four weeks, more than making up for the 100 MW day-on-day decrease in solar.  Solar fell in SP as well, dropping a more dramatic 600 MW day-on-day.

Western Montana is still holding the flag for precip totals, but Seattle checks in with nearly a quarter-inch today.  Potential for a larger system moving in late next week as well.

The precip system in Mid-C coincides with precip in California next week as well, though nothing more than a tenth of an inch. 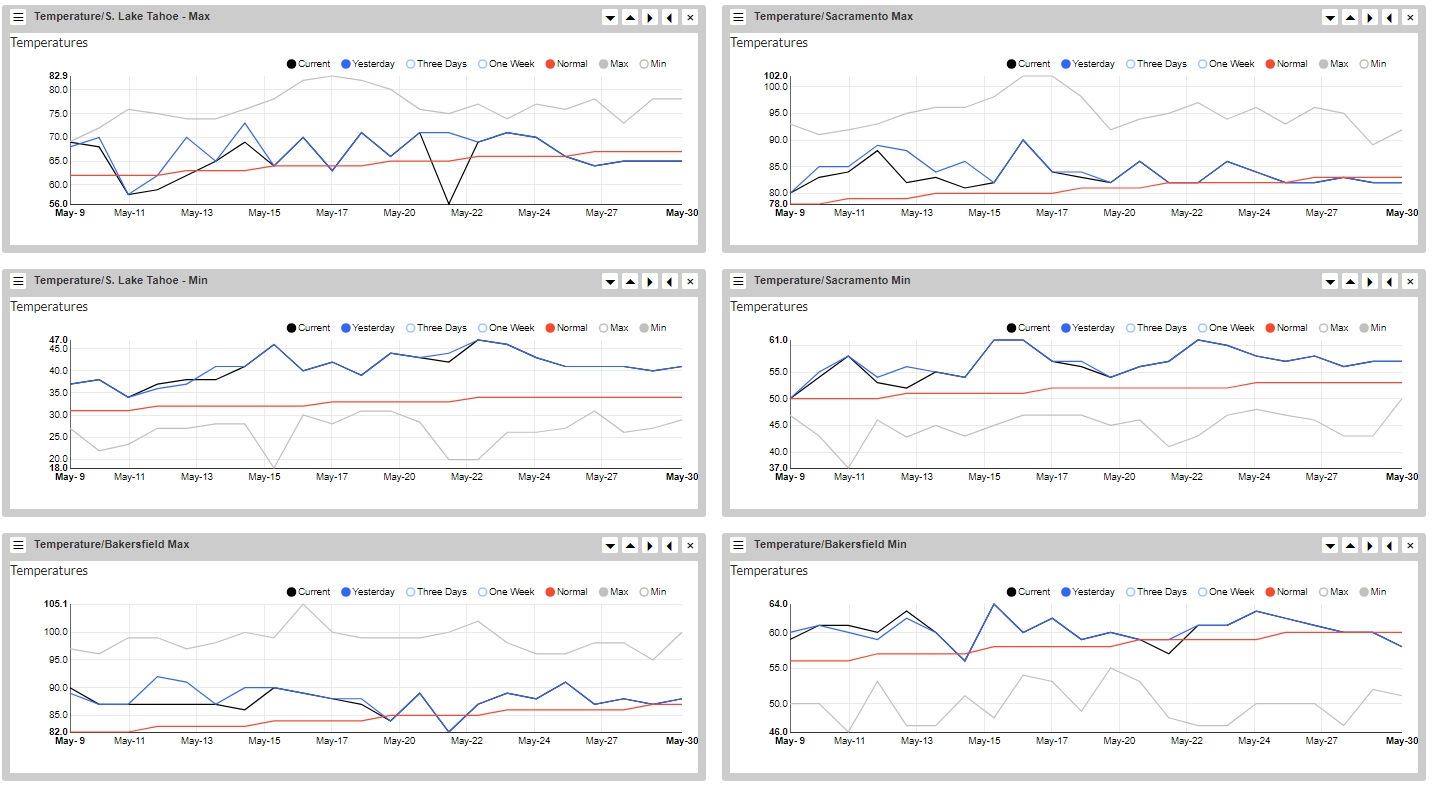 Minimum daily temps remain consistently above normal for all three NP stations, especially in Tahoe where temps are no longer showing anything below freezing. 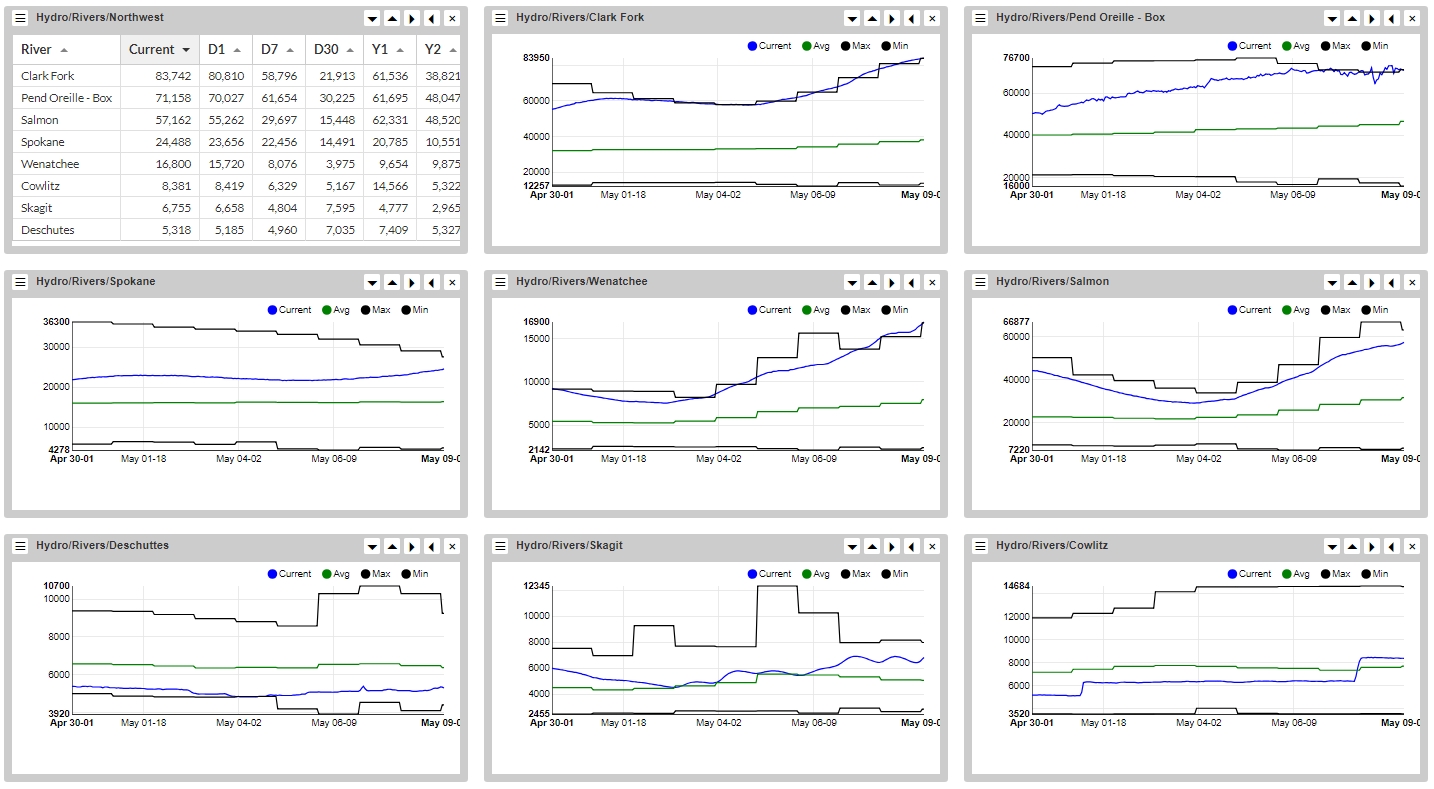 Clark Fork changed course over the weekend and is starting to take off with a current reading at 83,950 CFS, more than 60% higher than last week.  Wenatchee saw a similar movement after checking in at 16,900 CFS today, more than double the rate since last Friday. 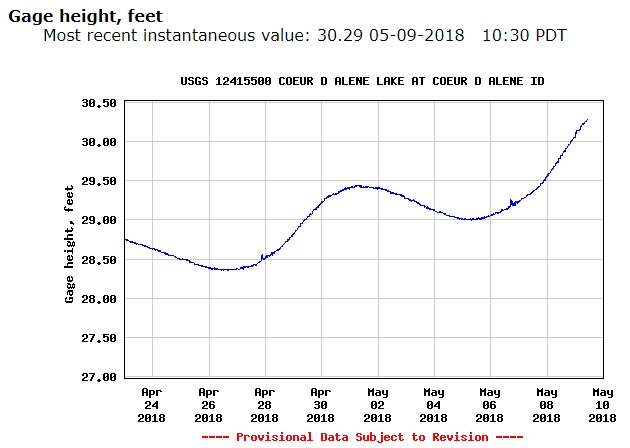 Spokane ramping up flows with Coeur d’Alene rapidly filling up means there is a lot of water moving in quickly.

Grand Coulee added a foot over the course of Monday, but saw a huge spike yesterday and currently sits at 1,225 ft.  All other reservoirs continue to fill at their previous pace.

While Spokane had the largest and most sudden increase all five rivers saw flows increase massively week-over-week. 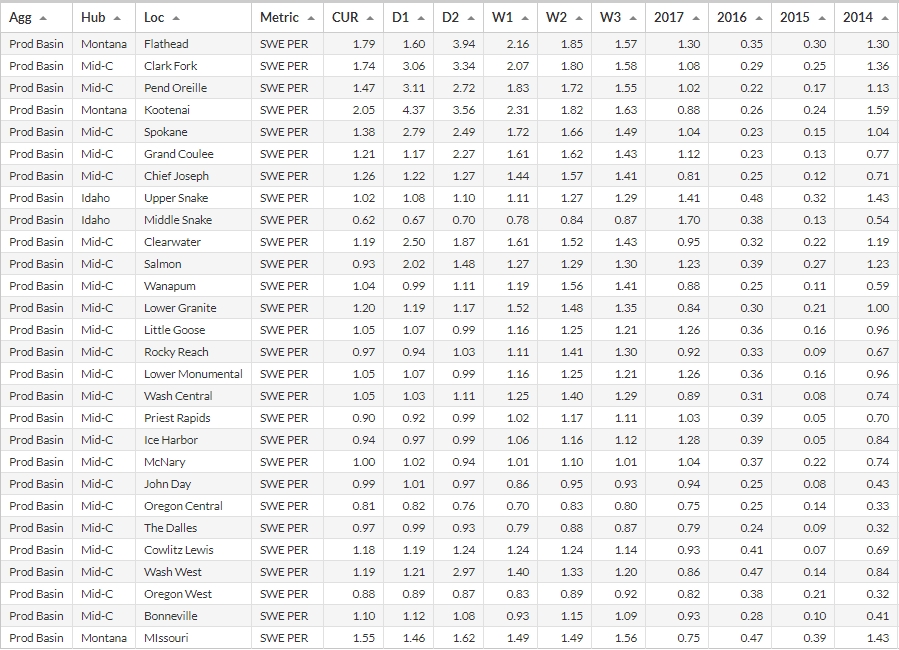 Yesterday made a heavy dent in most stations as we are well into the sensitive time of the year with regards to anomalies.  Most stations still sit well north of 100% of normal, but we are seeing sub-100’s trickle in as the spring heat makes its mark. 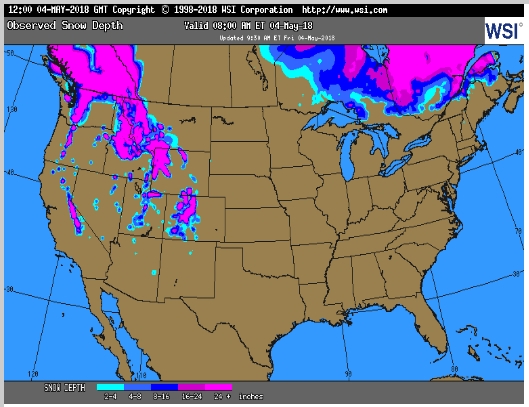 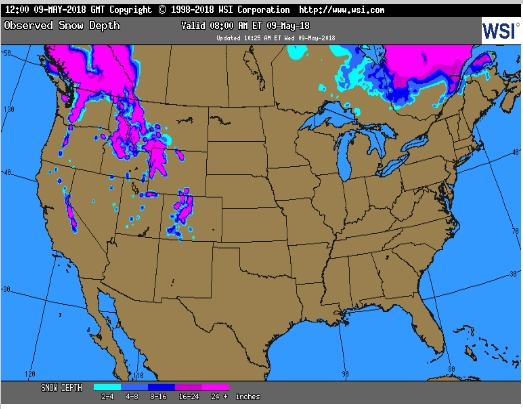 This is a five-day comparison of snow cover. 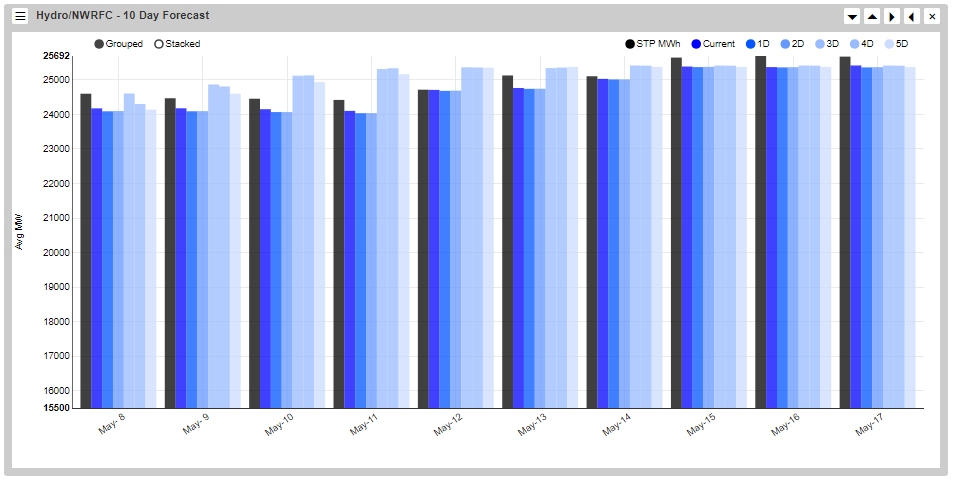 Smooth increases for both the 10-Day and STP as aMW ramp up through the forecast.  STP paced ahead for all days moving into next week. 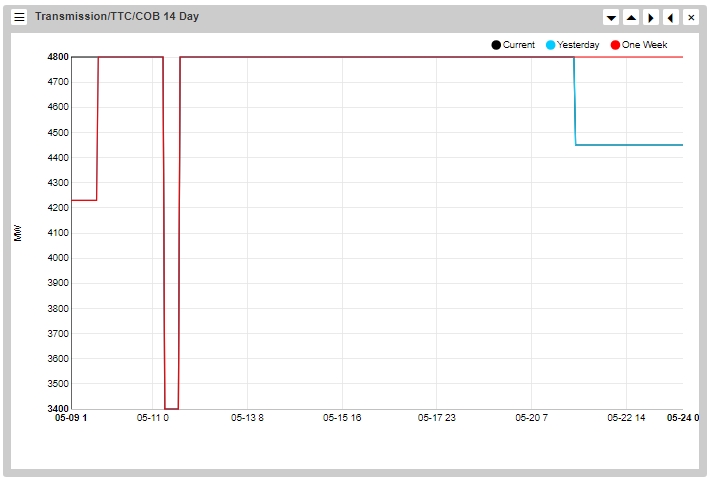 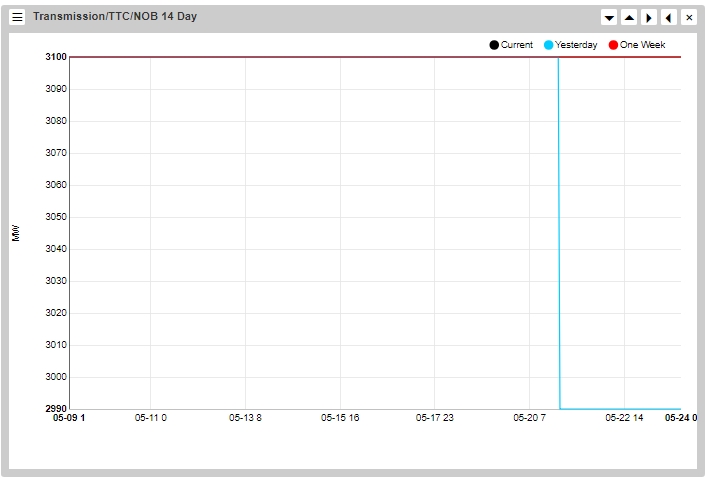 Recent changes to TTC coming in late-night on the 20th for both lines.  COI is shedding 350 MW, while COB knocks off 110 MW from TTC.

Near low for the SP-MC HL spread in October 2018.  Ansergy called for a buy with strong sentiment.

Ansergy has been calling for a buy since May 1st.

Every trade has a PID (product ID) that can be called within the APT History table linked above, the one depicted is PID 628.  Hindsight is 20/20, but this at least gives you an idea of how often the recommendation has been correct.