This is one of the more mundane STP update we’ve seen in a while as August checks in as the biggest mover with a reduction of just 272 aMW.  May looks like it took on 113 aMW from June, while July got a 190 aMW addition.  Note that August is now at its lowest forecast while May sits at its highest.

May gets its new additions beginning next week and extending for nine days before staying mostly flat into June.  June’s reductions appear at the back-end of the month beginning on the 21st before eventually moving ahead of last week’s forecast by the 28th.  Those gains extend into the first week of July as well. 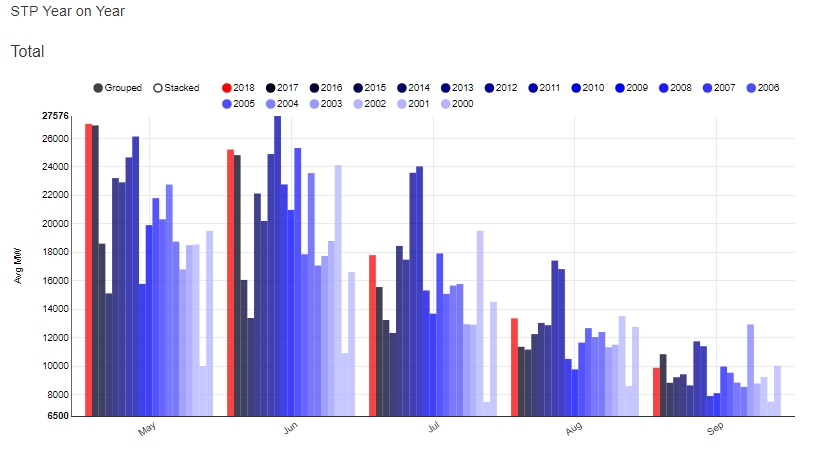 May’s modest additions were enough to push it ahead of all years this century, just out pacing 2017.  June trails just 2011 and 2008, while July sits just above average.