SoCal Citygate increased $0.24 day-on-day after spending the previous seven days in a near freefall as the hub had fallen $16.80 compared to last week.  No other hub moved more than $.20 in either direction.

Burbank will sit in the doldrums for two more days as temps fall to 13 degrees below normal by tomorrow.  A return to normal is in store beginning next week with highs rising into the mid-70’s.

The real story is tomorrow’s low of 39, seven below normal and eight degrees cooler than tonight’s low.  This cooldown looks like a one-night thing; temps will return above normal by Sunday.

The 5th turned another degree cooler, now projecting a low of 22, nine below normal and 13 degrees cooler than tonight.  Much like the rest of the west, lows will bounce back quickly thereafter.

Sacramento’s forecast is slightly warmer than what was released yesterday, but that still results in lows falling well into the 30’s over the weekend and bottoming out at 35 by the 4th (eight below normal).  There isn’t another cooldown in the forecast as lows are expected to return to normal by Tuesday.

No deep freeze for Seattle as temps are expected to fall to just 36 tonight, only one degree below normal, before again rising above average next week.  There is a looming cold front that could bring freezing temps, though it’s ten days out but still worth watching.

Demand sits at 1,678 MMCF today and is projected to fall to 1,612 MMCF by tomorrow.  this equates to a 45 MMCF increase week-on-week, though a drop of 80 MMCF since the 25th.  NWP: Stanfield intertie fell 55,000 MCF day-on-day, the largest intertie movement.

Storage continues to fall as yesterday marked 177,053 MCF in withdrawals.  This equates to two consecutive weeks of negative storage after two days of additions on the 16th and 17th.

Palo Verde demand rose 66 MMCF day-on-day, settling at 1434 MMCF.  This equates to a 170 MMCF increase since the 24th.  Dull Knife:WIC_TPC stood out as the only intertie with major daily movement after increasing 38,000 MCF. 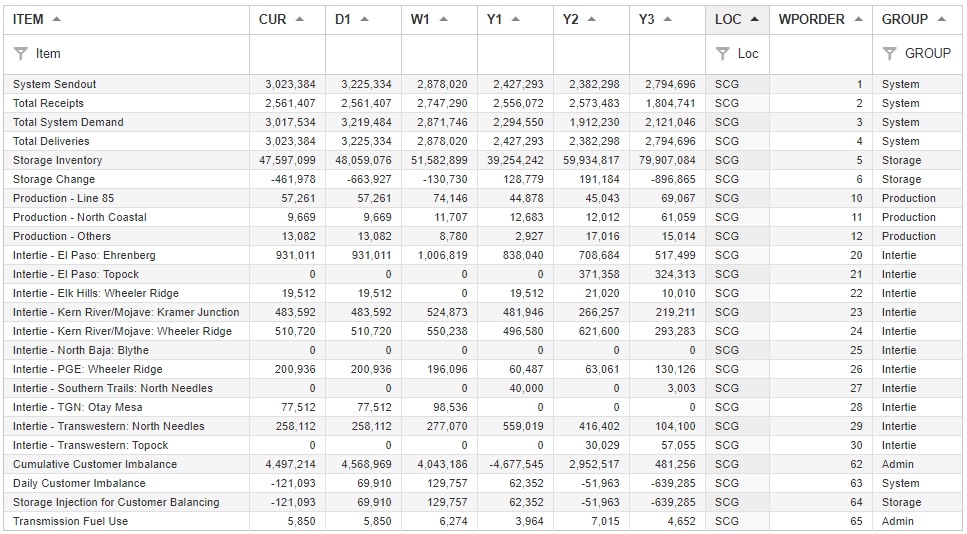 Transwestern: North Needles is still chugging along at 258,112 MCF, less than half what it was on the same date last year.

While Total System Demand has had a sharp drop since the 27th, but remains well above the first half of February, and most days in December and January. 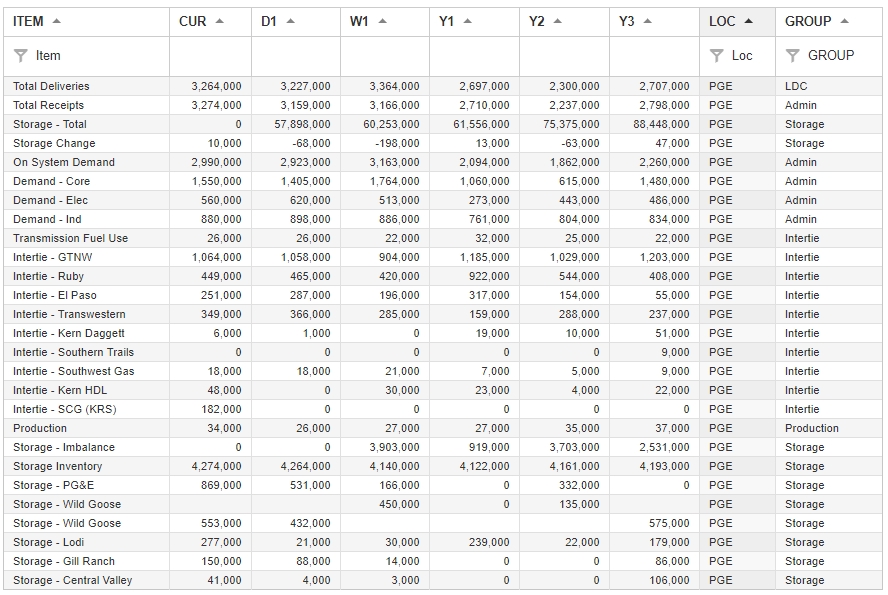 Today’s demand sits comfortably in the average of the past two weeks, and considerably above the mild days of early February.