All hubs remain well below their marks from last week (especially Stanfield after shedding 25%), but the difference from the last couple days is much more subtle as is close to a 50/50 split between increases and decreases.  One of the largest day-on-day movers came from Northwest Sumas with a $0.12 decrease.  Compare the week-on-week Northwest Sumas results for even more dramatic movement with a $0.72 decline.

Salt Lake gained a couple degrees in the latest forecast and will stay consistently above average through the 20th.  Look for lows to peak at 47 on the 17th, 21 degrees above normal and 13 degrees warmer than yesterday’s projections.

Sacramento’s coolest temps in the forecast come in tomorrow at 37 degrees, four below normal and five degrees cooler than yesterday’s forecast.  Lows should hover above and below normal for the following two weeks with nothing extreme in the near future.

The 12th marks the low point in Seattle as temps are set to fall to 30, six degrees below normal and two degrees cooler than the 10-year low of 32.  Daily lows will quickly raise from there however, eventually reaching 44 by the 16th, eight above normal.

Demand is projected to jump over 250 MMCF over the next two days, reversing the fall we’ve seen since the beginning of the month.  On the intertie level, Puget Demand increased 126,000 MCF day-on-day, while NWP: Chehalis fell 110,000 MCF. 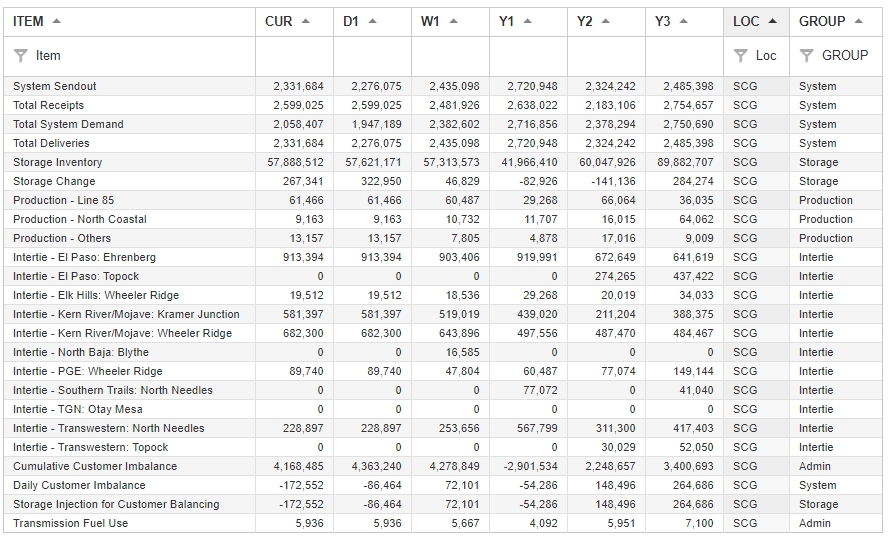 Needles looks to have fully recovered from the latest shutdown, but it is still just 31% from its levels in September.

Week-on-week declines have put SCG demand at the lowest levels since mid-November. 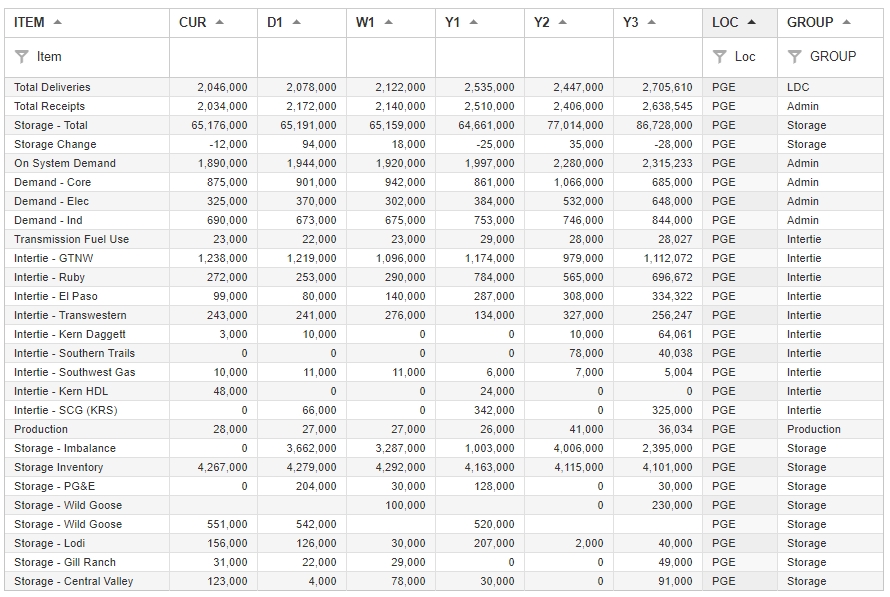 While core demand dropped day-on-day that movement was basically noise as demand mains relatively flat compared to the past two months.

Storage fell 12,000 MCF day-on-day, continuing the up and down trend we’ve seen over the past week.