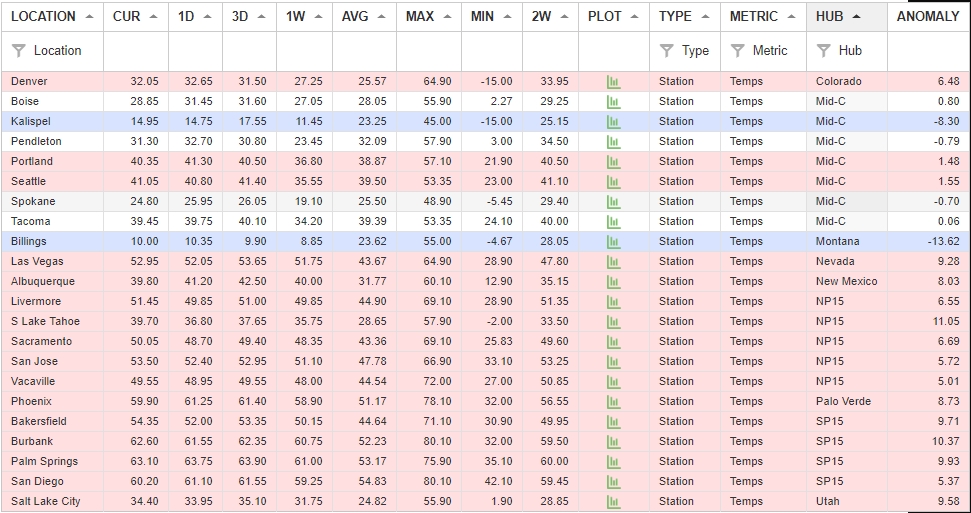 The Northwest is set to hover around normal in the 10-day aggregate forecast, while California and the Southwest are forecasting a decent warm-up period.  Montana will get neither as both stations come in well below normal.

Burbank will smash the previous 10-year highs for each of the next two days as temps hit 81, 14 degrees above normal.  Highs will begin a slow fall back to normal beginning this weekend, but will stay comfortably in the 70’s until the 6th of January.

Mild and nothing wild in San Jose with daily highs in the mid 60’s through the first week of the new year.  Substantial changes compared to yesterday for the end of next week as the difference in forecast spreads to 10 degrees warmer.

While highs are mild in San Jose, the lows in Sacramento will be chilly through the rest of the week, especially today and tomorrow as temps fall as low as 34 degrees.  Things steadily warm up from there however, eventually leading to lows in the mid 40’s by next Wednesday.

Las Vegas’ daily highs were bumped down a few degrees over the weekend, but make up for the decrease next week where temps are projected to rise up to four degrees high than forecasted yesterday.  Tomorrow’s 67 degrees should mark the high point over the next three weeks, though temps look to mostly stay above normal.

Denver’s minimum daily temps are forecasted to plummet to 6 degrees by Sunday, 12 degrees below average, though still slightly warmer than projected yesterday.  On the other hand, today and tomorrow should come in 10-15 degrees above normal. 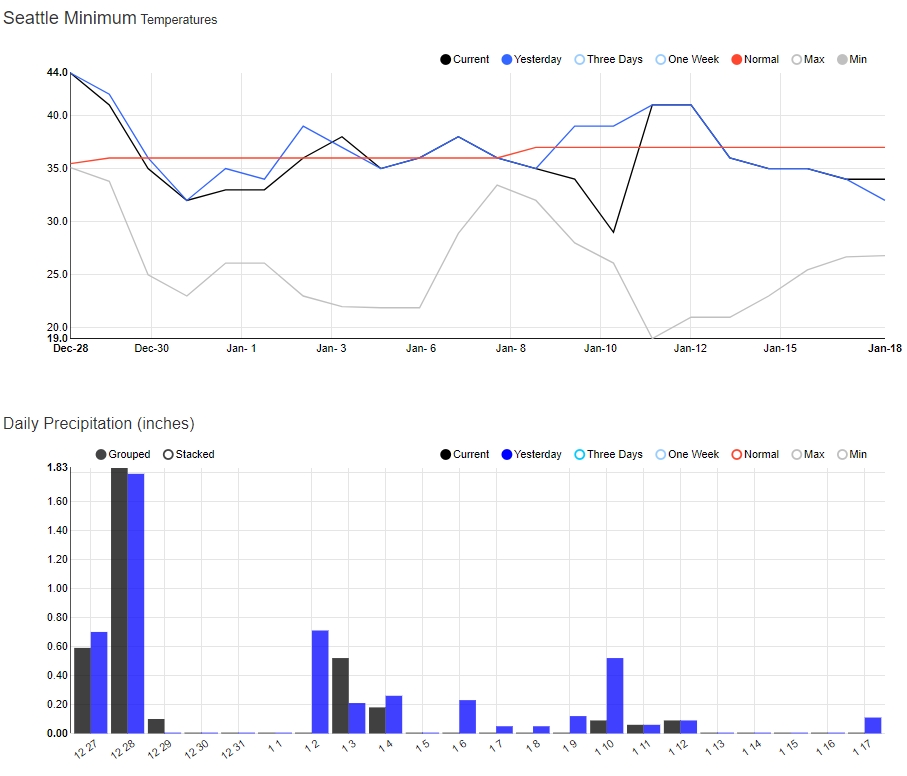 Nothing in the way of arctic lows for Seattle, but temps will eventually fall back below normal by the end of the weekend with lows settling right at freezing.  Watch for heavy precipitation before the return of wintry weather with nearly 2″ of precip expected to fall in Seattle, which means heavy snow in the mountains. 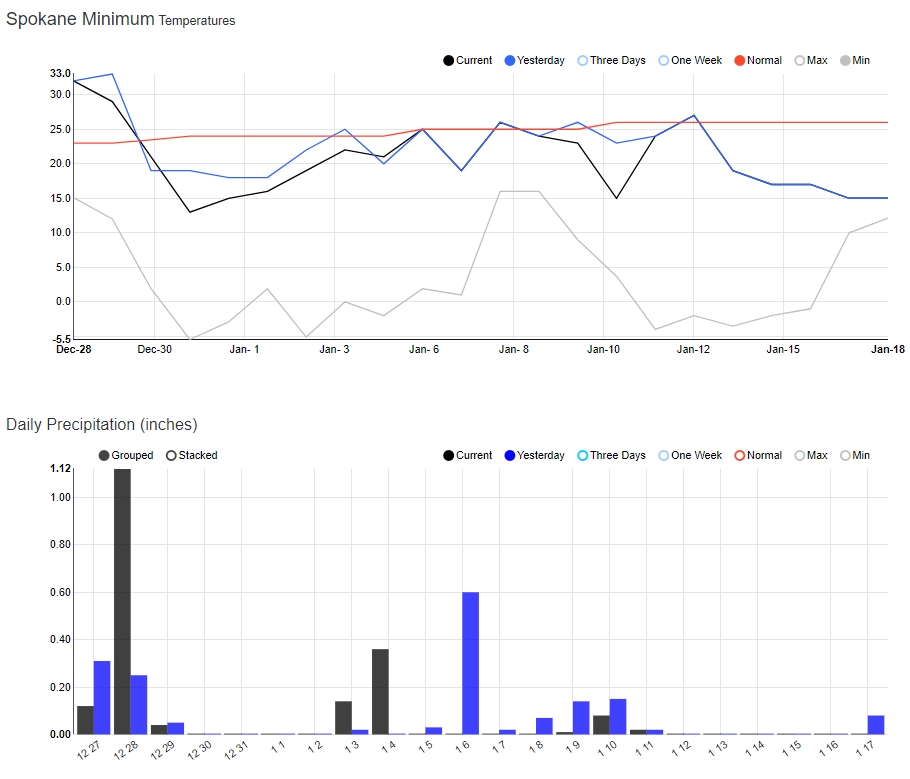 Spokane will take on less precip than Seattle, but that still equates to well over an inch, and with temps hovering around freezing, expect the surrounding mountains to get dumped with heavy snow.  Watch for lows falling into the low teens by the end of the weekend. 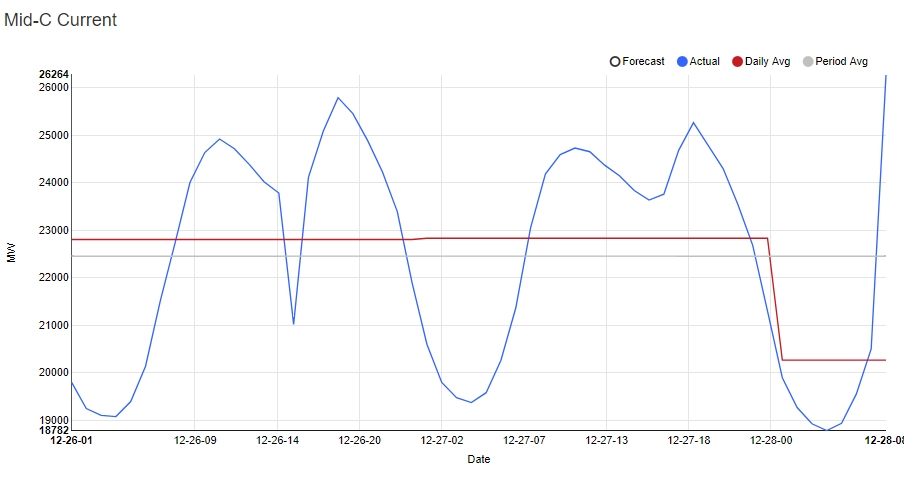 Demand peaked at 25,261 MW yesterday, roughly 520MW short of Tuesday.  Despite the day-on-day decrease in peak demand, loads finished up 20 MW day-on-day in terms of daily average, primarily thanks to higher off-peak loads. 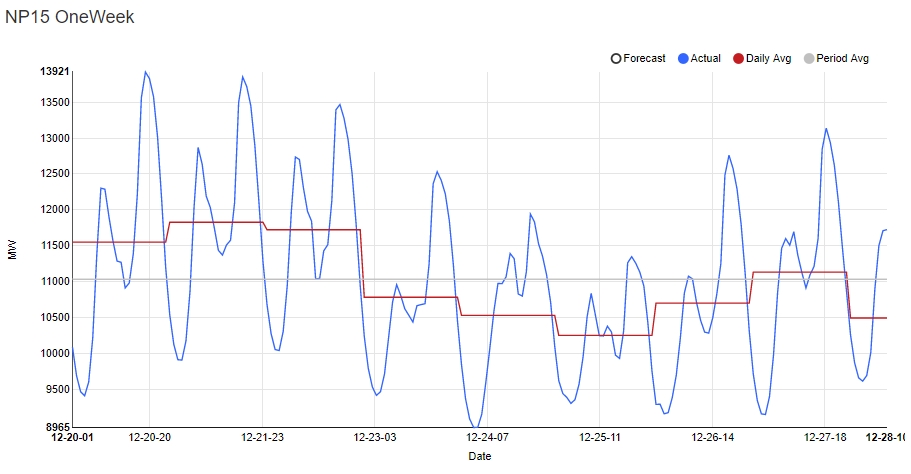 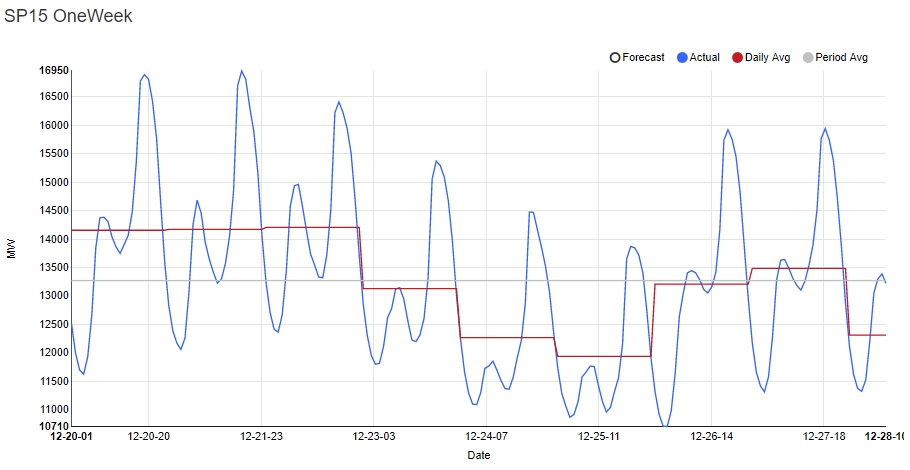 Modest changes in the front end of the 10-Day forecast, but the weekend looks to expand with as much as 200 aMW added to the forecast.  STP trails behind in each of the 10 projected days.  Both today and yesterday’s forecasts remain significantly above three days’ ago.

Libby had the largest week-on-week change with a drop of over 238 KAF.

That weekly drop was enough to set new 10-year minimums for each of the past seven days.

ISO gas outages began consecutive days of increases yesterday after jumping up nearly 900 MW since Monday.  Hydro meanwhile continues to hold steady at around 2,700 MW.  All other sources remain relatively unchanged over the last week. 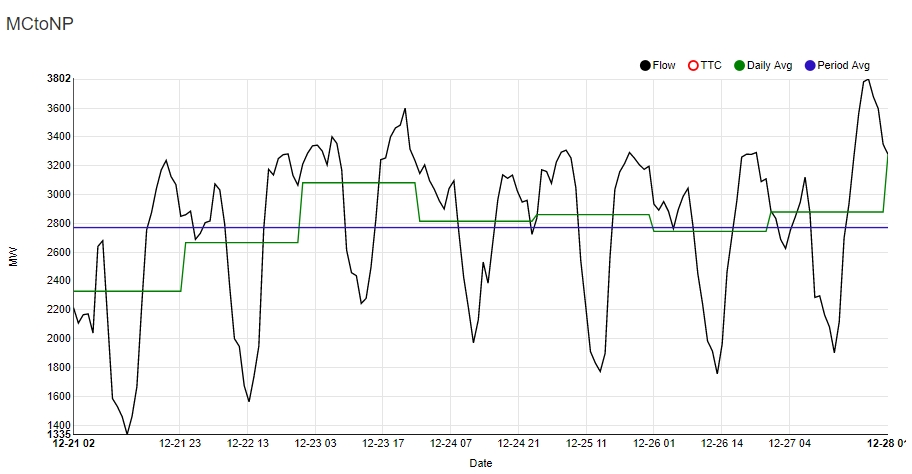 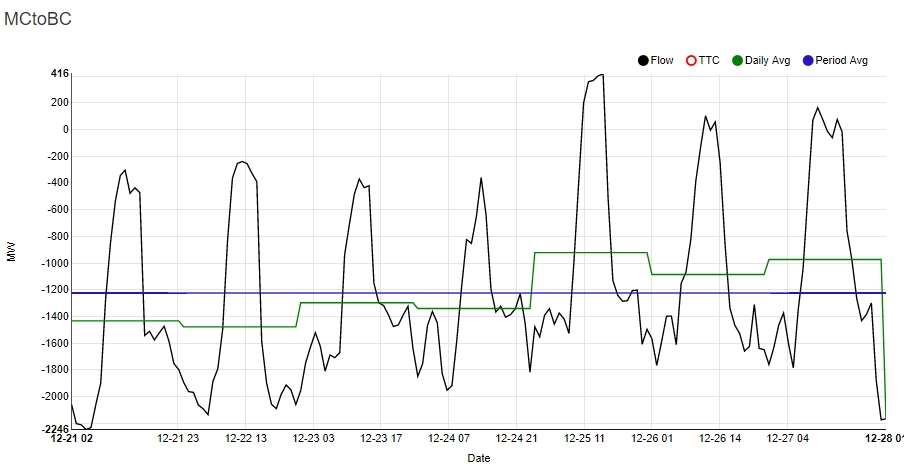