Every hub is down day-over-day. El Paso non-Bondad showed the largest nominal decrease ($0.25) or 7.9%.  This continues the down-ward trend from the past couple weeks, though all hubs are significantly higher than they were a year ago.

SP15 loads are down 547 MW week-over-week, and are largely down year-over-year, though there has been some variance over the past seven days.  Yesterday was down 1561 MW compared to last year.

Mid-C loads began to retreat on Sunday, and are now much closer to last year’s demand.  Loads are down 1008 MW week-over-week, though are more than 4300 MW lower than last week’s high of 33641 MW. 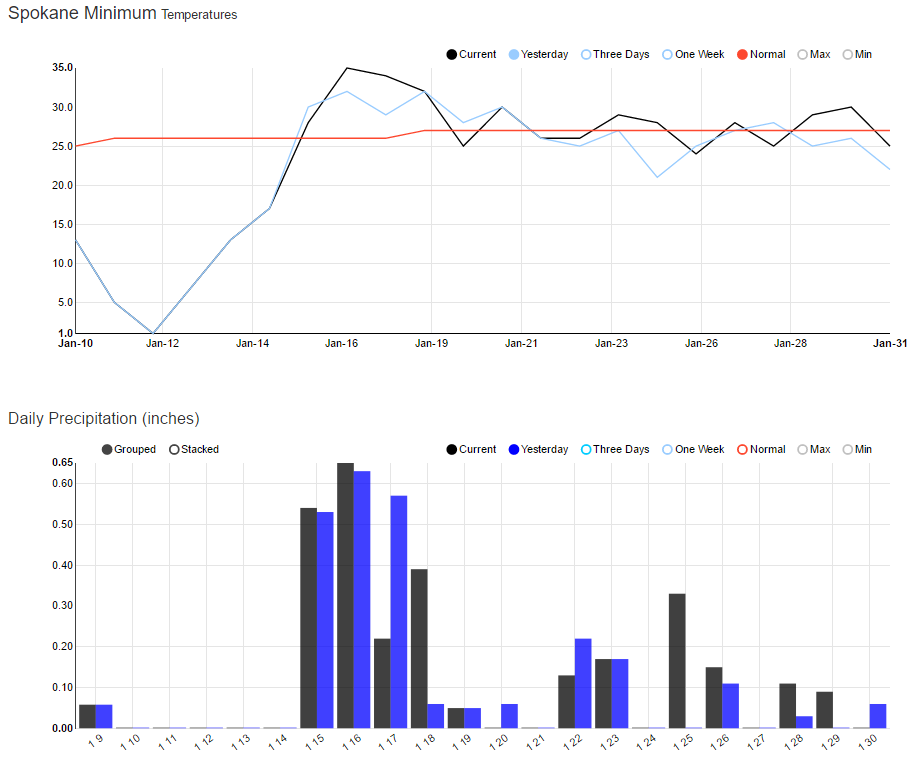 Spokane and the Inland Northwest are set to go from one extreme to the next over the following 10 days as temps move from 25 degrees below normal to 8 above normal.  Rain will be joining the warmer temperatures (low is expected to stay above freezing) as more than 0.5″ of precip could fall on both the 15th and 16th.

Taking a peak at the daily highs and we can all but rule out additional snow in low elevations as temps should easily reach above 40.  With more than 12″ of snow sitting throughout most of the Inland Northwest, expect to see serious increases to stream flow.

The warm up noted above is showing its effect on the River Forecast Center where flows are forecasted to reach 15364 MW by the 18th.  RFC remains above the STP for each of the next ten days.

Mid-C remains the only hub below normal in terms of snowpack, but even that is just a single percentage point.  If the wet weather noted earlier is able to stay cool enough in the mountains, Mid-C should join the other hubs with above-normal snow levels. 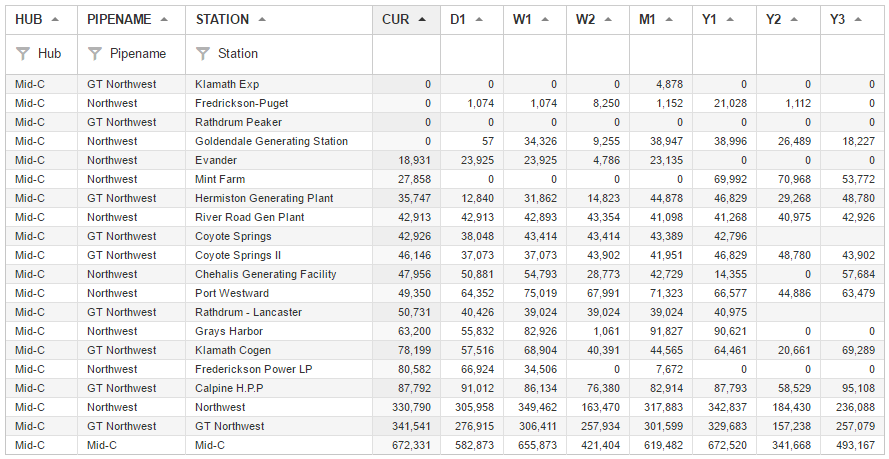 Demand decreased 520 MMCF (23%) in NP15, the largest nominal change of the six hubs.  Palo Verde and Rockies are the only hubs to decrease day-over-day.

500 MW of gas has come back online since the 6th, though there is still 1800 MW more gas outages today than there was on Dec 31st.  Solar outages are also up, 300 MW since the new year.

Solar in SP15 is forecasting a steady increase through the next seven days before potentially peaking at 5795 MW by the 17th.  Last week reached a high 5466 MW, though had a daily average closer to 3000 MW.

Mid-C wind continues to sit in a bit of a lull after peaking above 3000 MW on the 3rd.  Tomorrow brings potential for larger generation, though nothing stands out for the following several days. 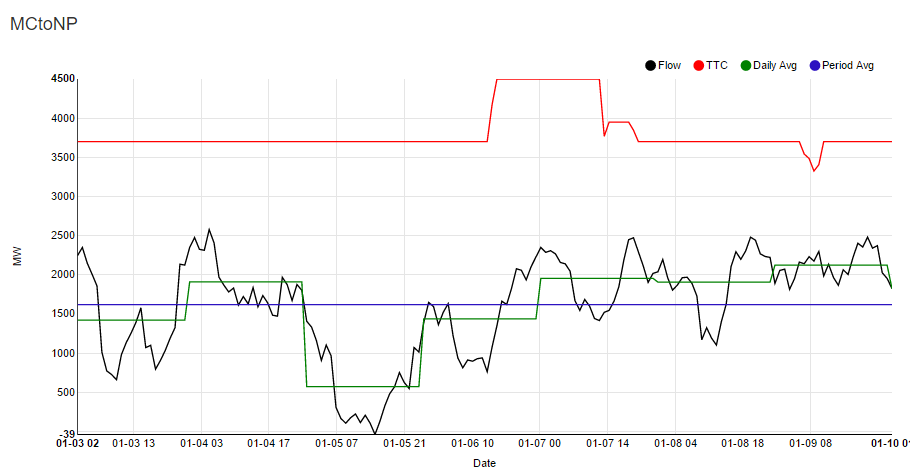 Flow has steadily increased after bottoming out at -39 MW mid-day on the 5th.  The daily average increased 200 MW on the 9th compared to the day prior despite a quick decrease in TTC. 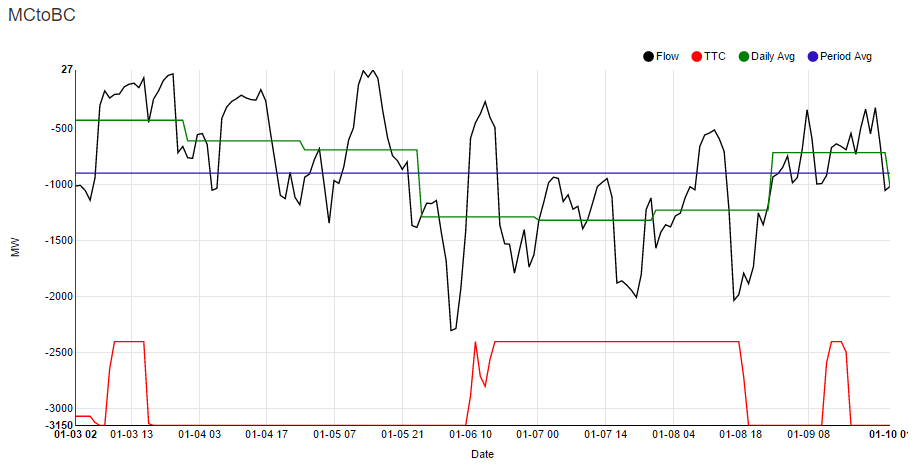