Let’s start with the weather … 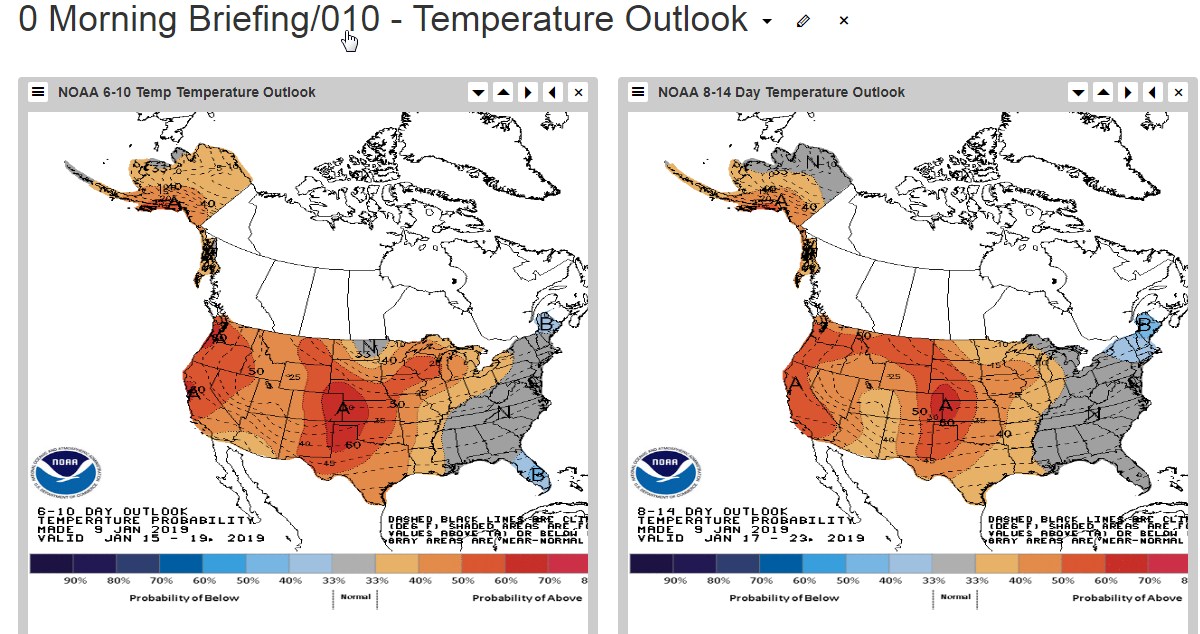 You can’t paint a more bearish picture for the WECC; all the load-center cities are above average in this outlook. Maybe it’s dry? 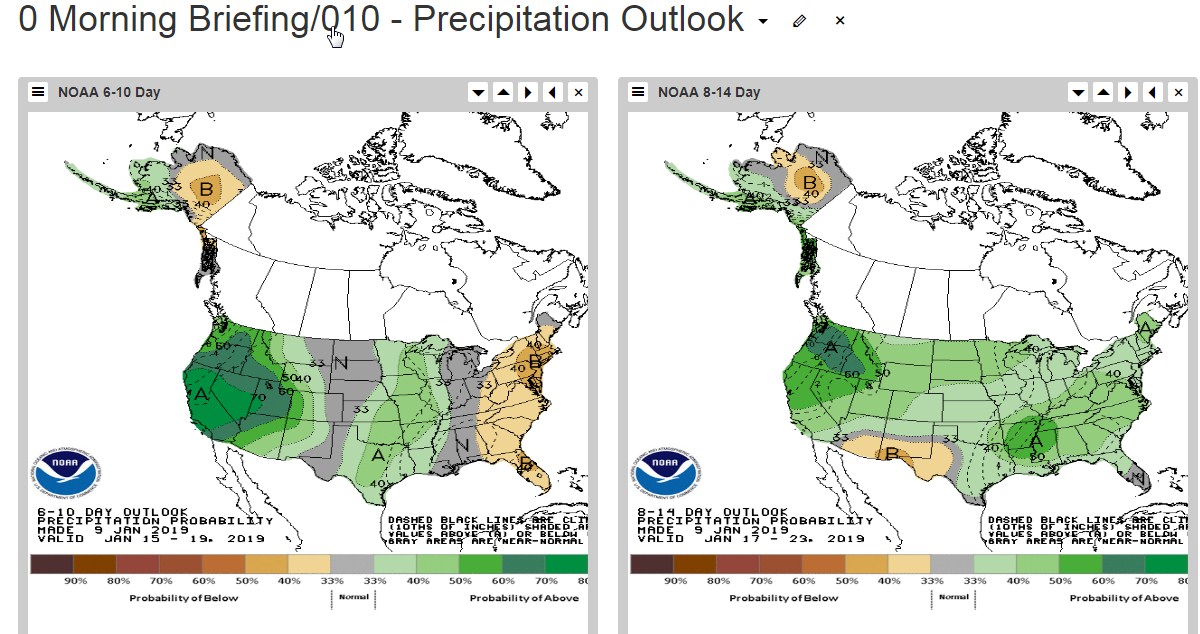 Maybe not; the storms from earlier this week shifted north, now NOAA has both its mid-term outlooks wet at the MidC and California. Wet and warm, hardly a recipe for a cash rally,  right?

Gas certainly hasn’t; Citygate plummetted about 30%, now its in the lower 5s; check out the Sumas|Stanfield spread, Stanfield is over by $0.20, and Sumas is about to sport a $2.00 handle; wouldn’t be surprised if it tests the $1 handle before spring has sprung. 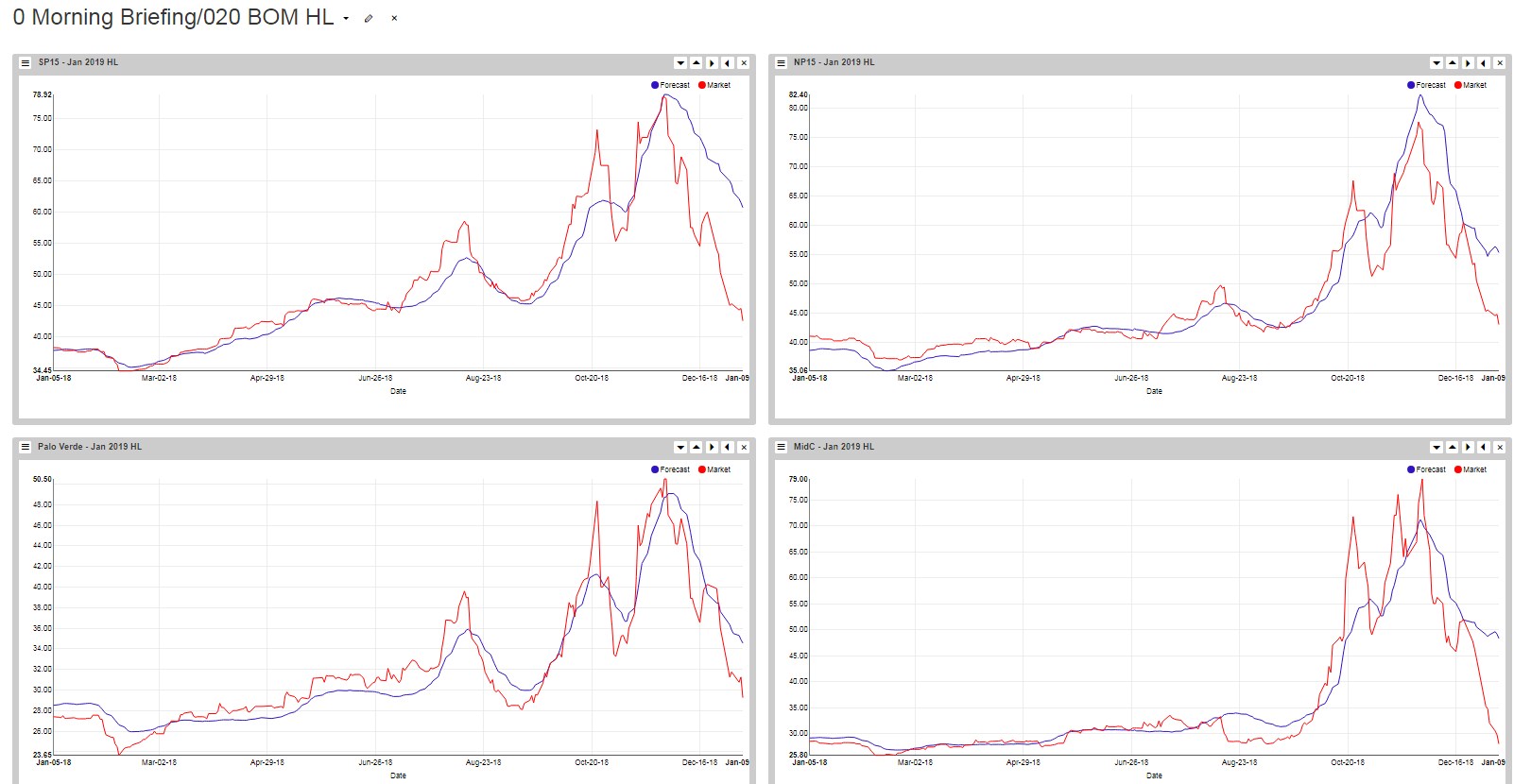 BOM is bombing, prices extended their slide, and the shorts are getting paid. 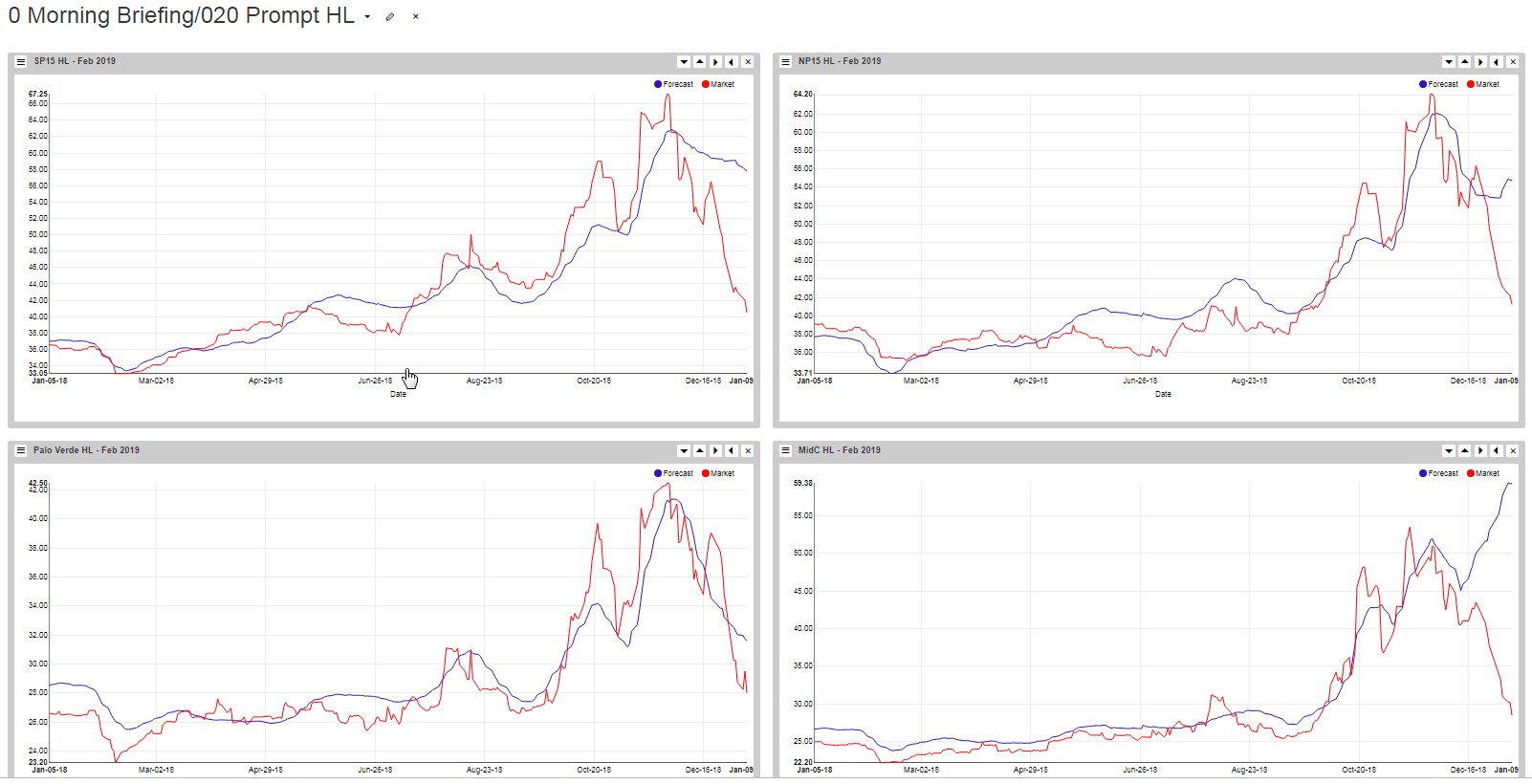 Prompt promptly followed bom downward, though appears the curve is starting to flatten out; if only something, fundamentally, was bullish.  I looked, didn’t find it. 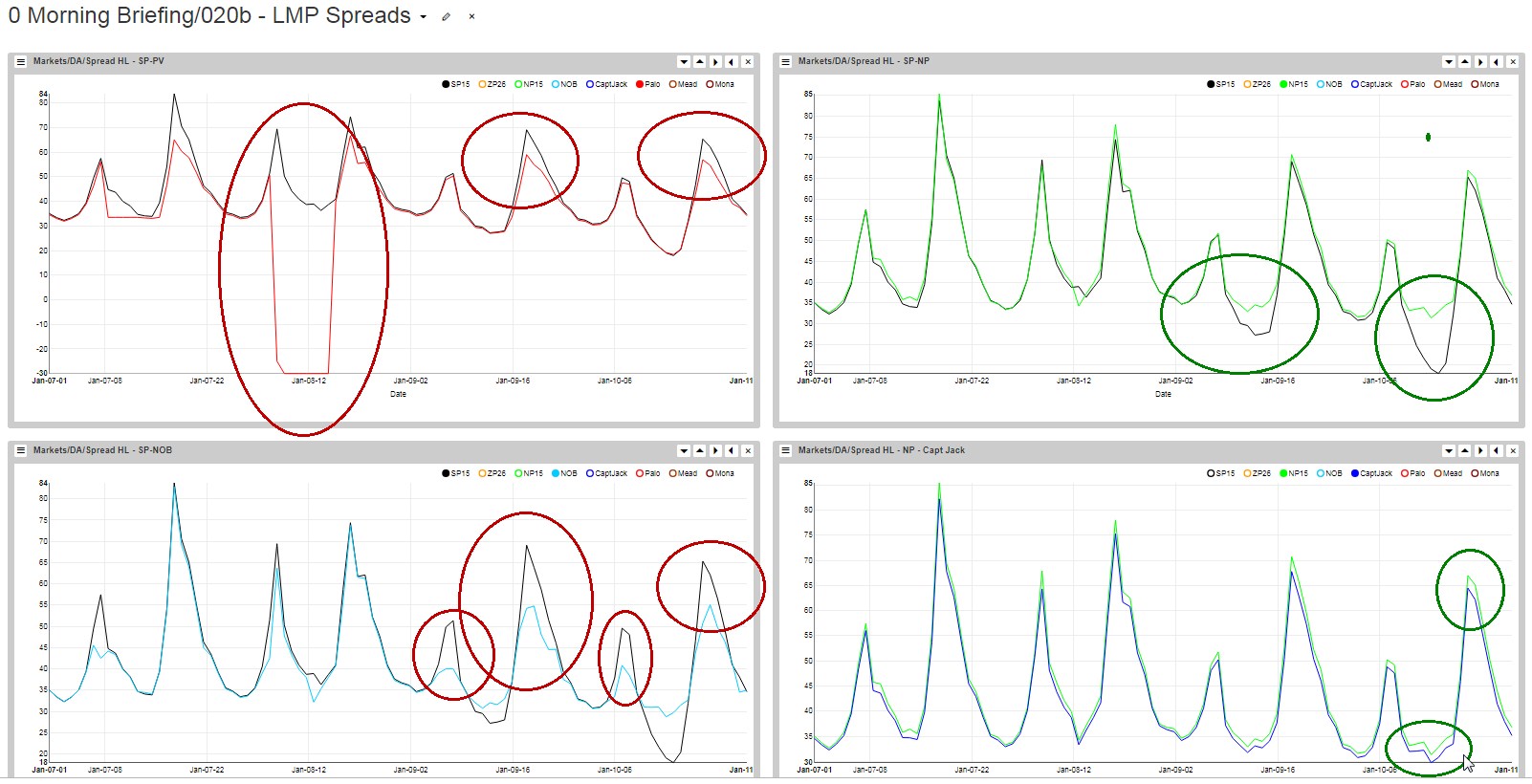 Wait, there is something bullish – congestion. Palo is congesting to SP; NP is trading premium to SP on many hours and same at the MidC on either the NOB or COB. But that, congestion, isn’t a measure of bullishness, more a measure of how bearish everywhere is.

Check out those line loadings at Malin500 and the NOB, nearly full every hour. Now the AC’s TTC has been cut; more energy is stranded in the Northwest. Even with cheap energy, exports to Canada are off. 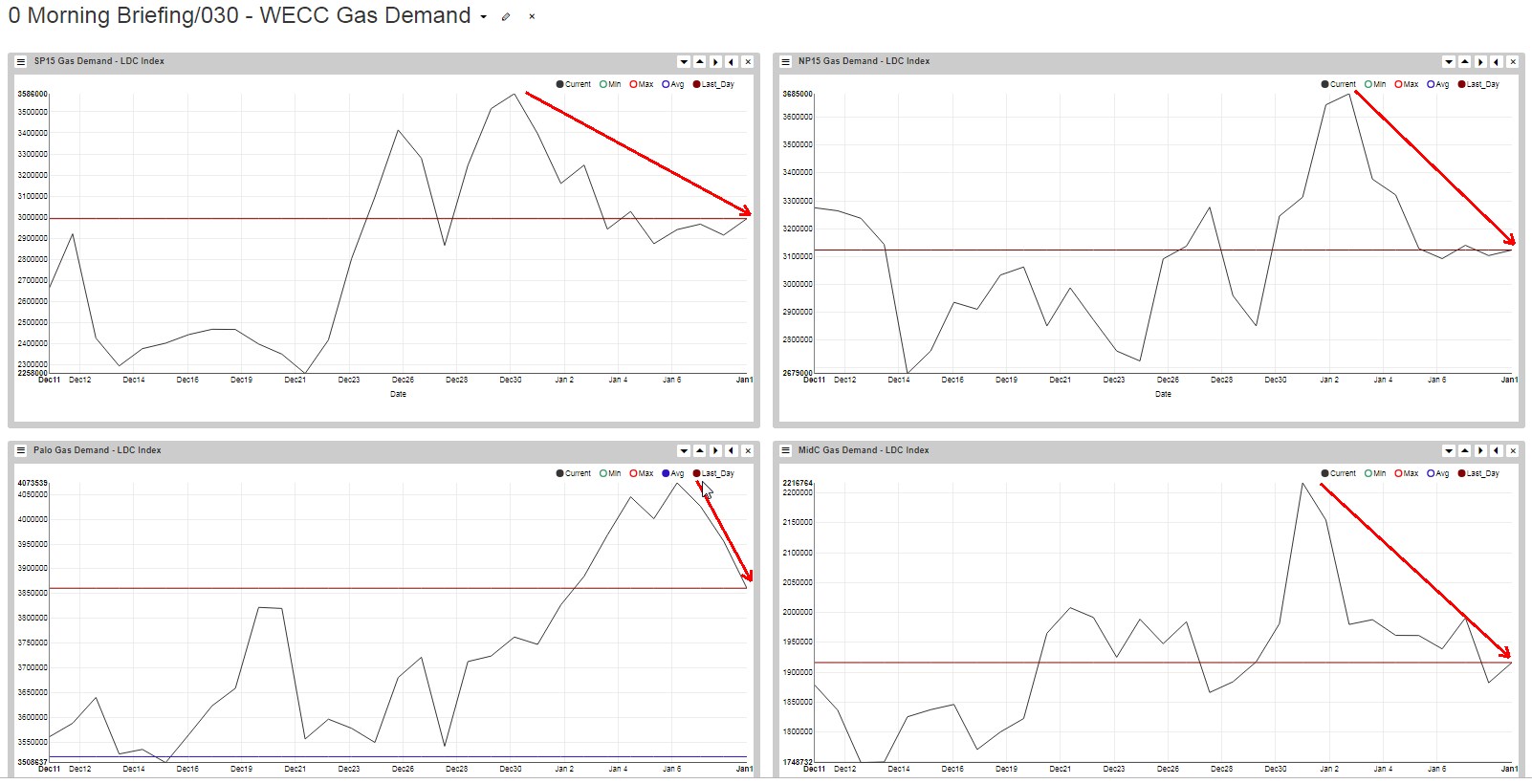 Gas demand has dropped to a warm winter level and will remain there until the forecasts turn blue. 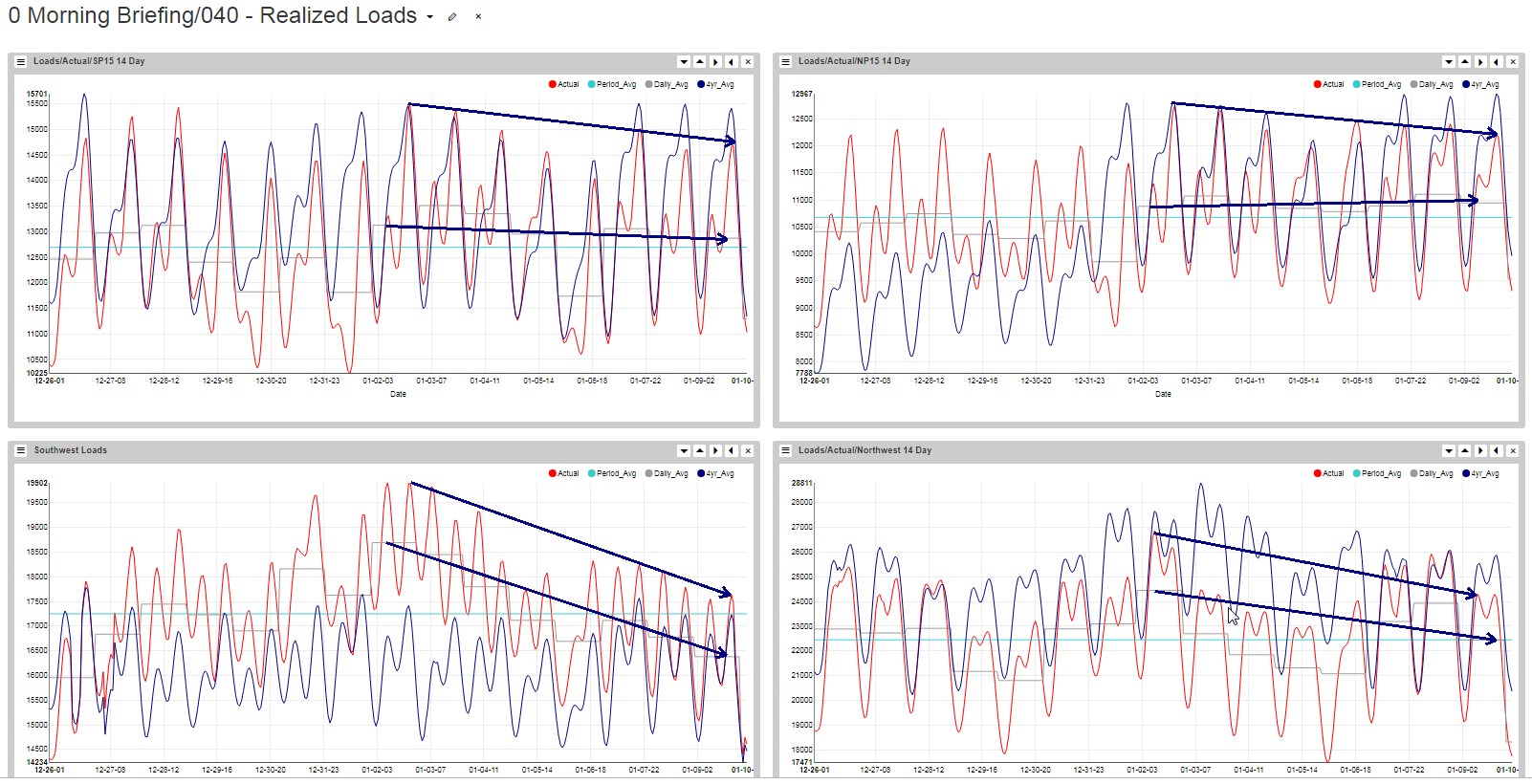 Palo’s power loads fell the hardest of the four traded WECC hubs, but MidC’s weren’t too far behind. 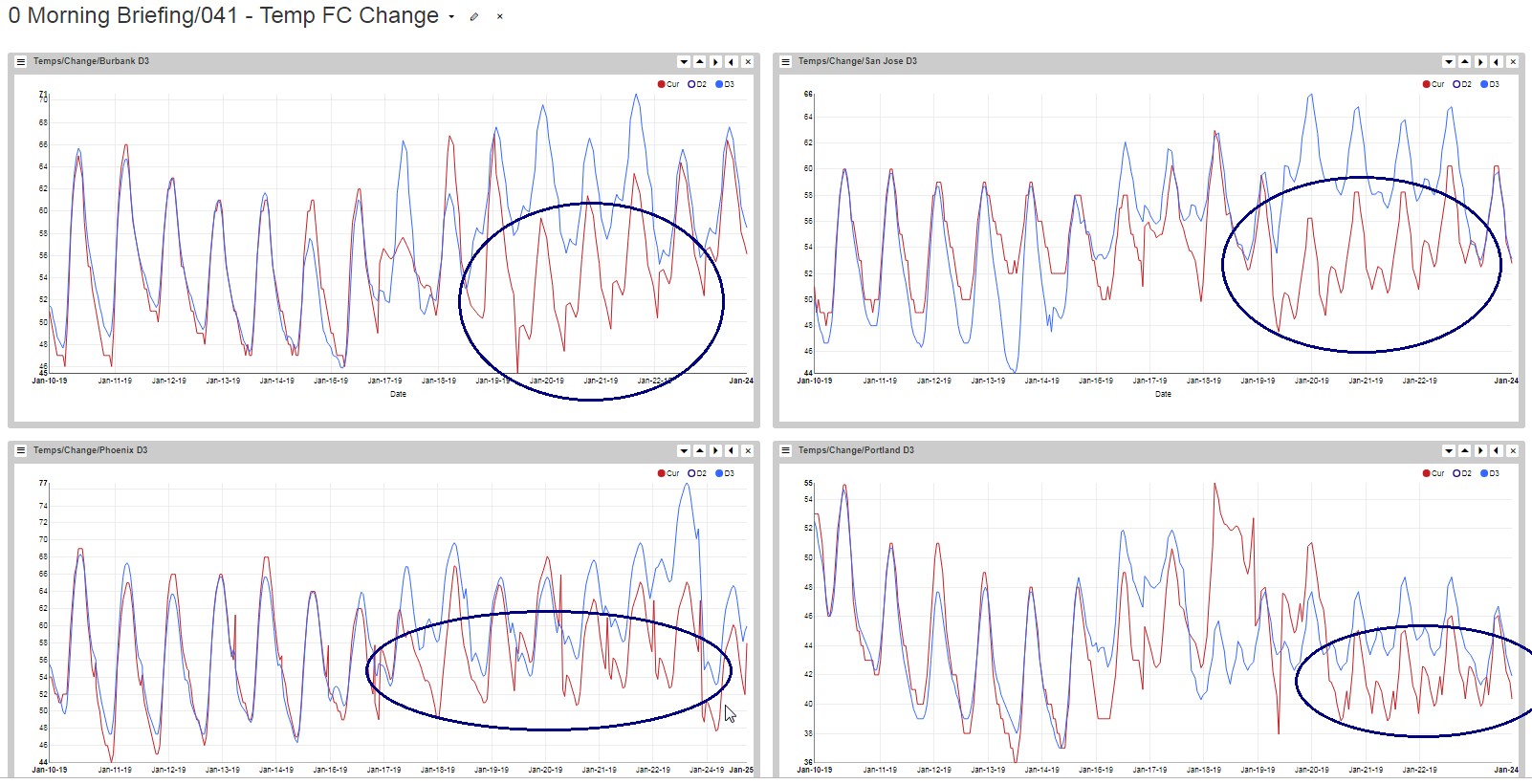 The hourly temperature forecasts beyond the NWS 7-day period are colder than they were three days earlier, but those are not cold. 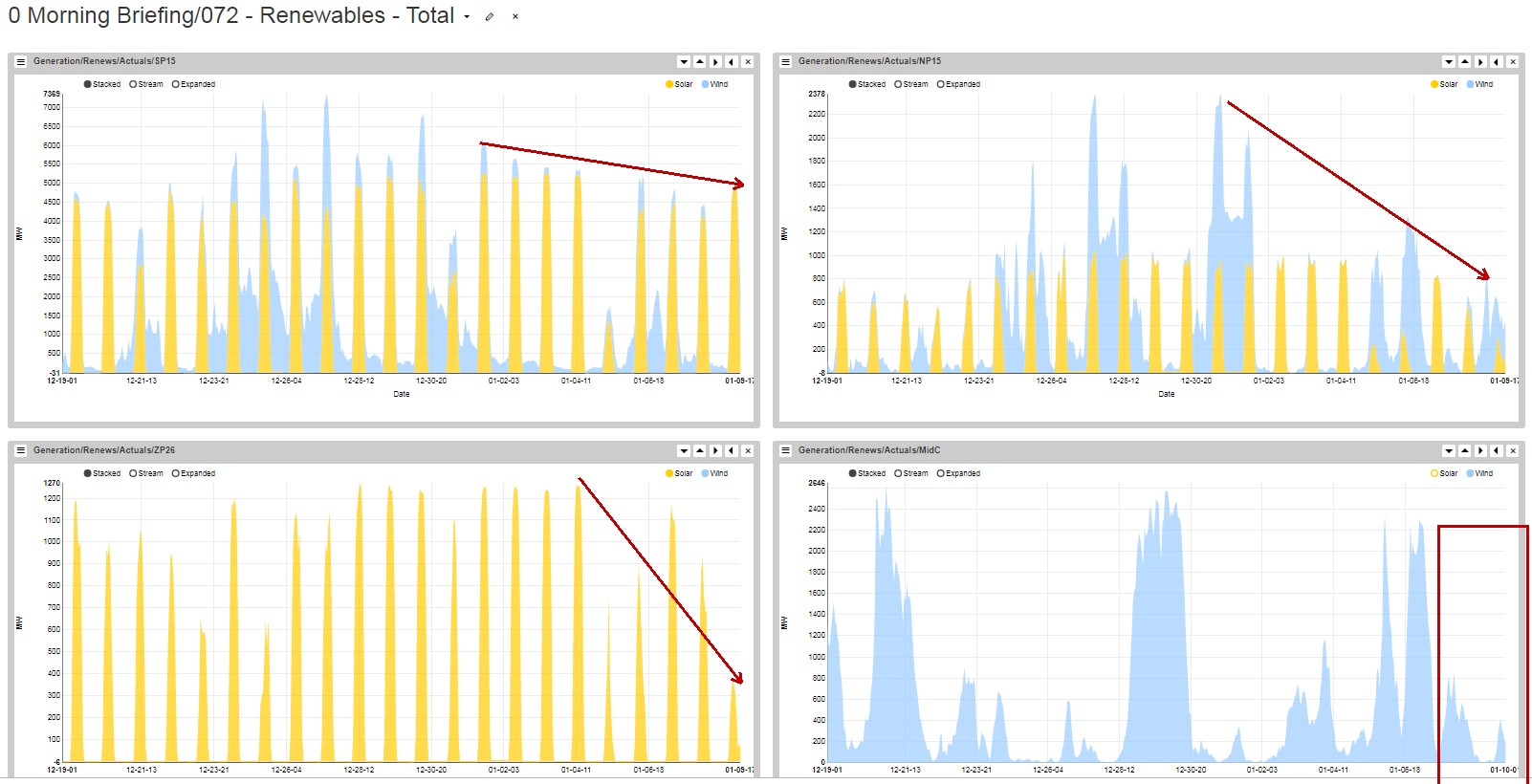 Here you go, a bullish dashboard. Renewables are off everywhere. Off in the ISO because it rained buckets and solar doesn’t do well when the air is saturated with water; the MidC’s wind production tanked over the last 12 hours.

Yesterday was the first Flood Control release of the year. The Corps used a 95% of normal and had the following target elevations, by the end of April: 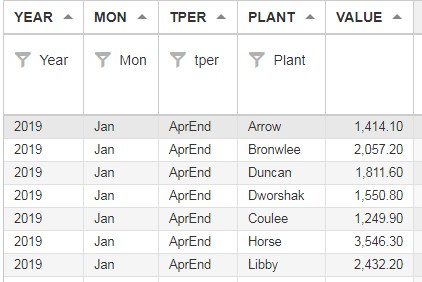 The 95% of normal strikes me as odd given where the NWRFC is forecasting its STP: 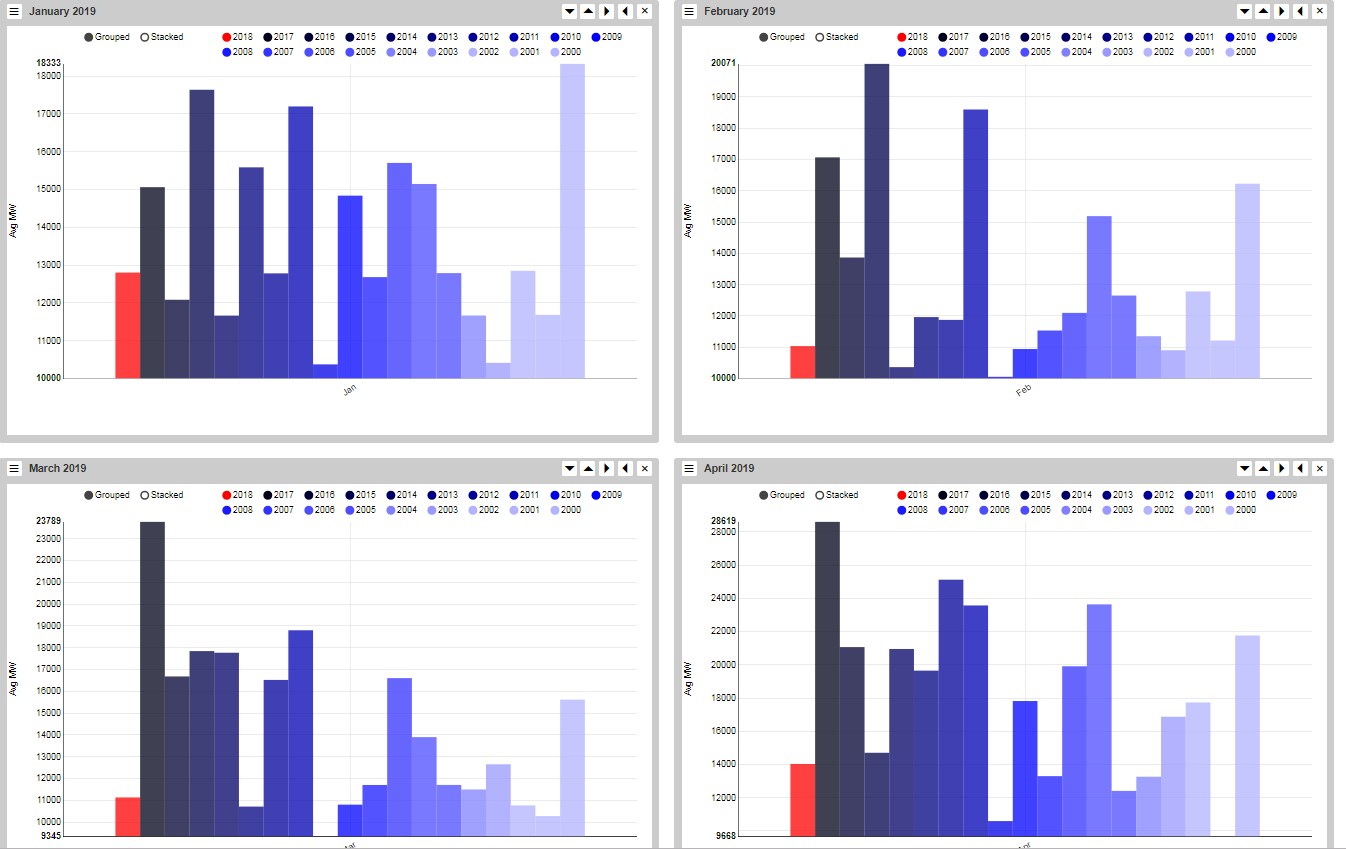 You would think we were in a 70% water year, not 95%, after looking at those plots, especially Feb and March.  We believe each is about two gigs light.

What a difference a storm or two can make; check out the moves at SP and NP  in snow anomalies; last week they were in the low 80s/high 70s now each has a 90 handle. 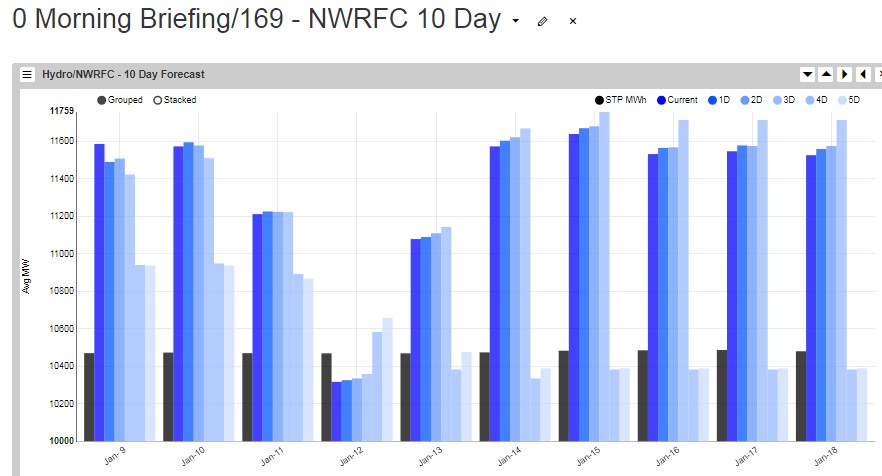 So the NWRFC has a very tight 120 day, but their 10-day is radically more bearish than Monday’s STP. With the storms shifted north, don’t be too surprised to see these numbers revised further upward. So much of the Northwest’s precipitation is coming down as rain this year; how much snow will be there to melt in June?

Was a bear, been a bear, still a bear. But bearish is relative to price, so let’s take a look at the market and see if we are so bearish we’d keep on those shorts.