Part two is about the market, today we’ll talk about two dysfunctional hubs, SP15 and MidC, and the opportunities they provide via the spreads. These values can be viewed in our APT Report. 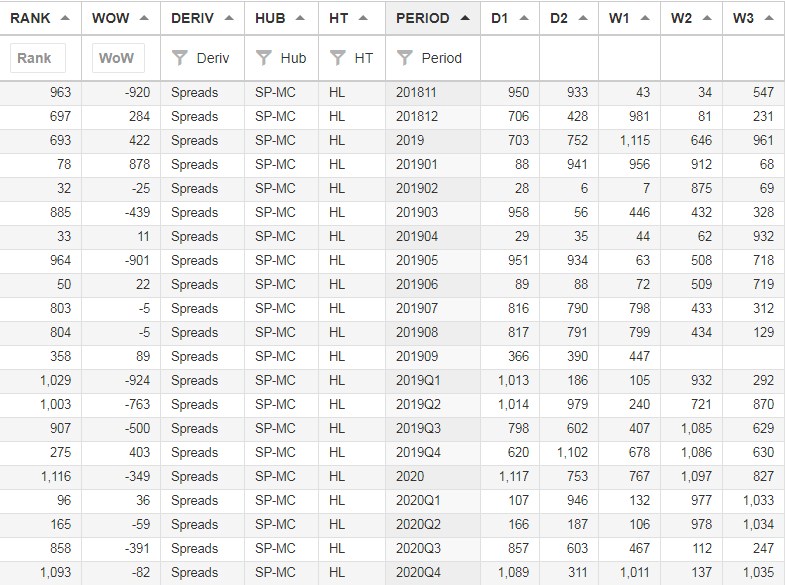 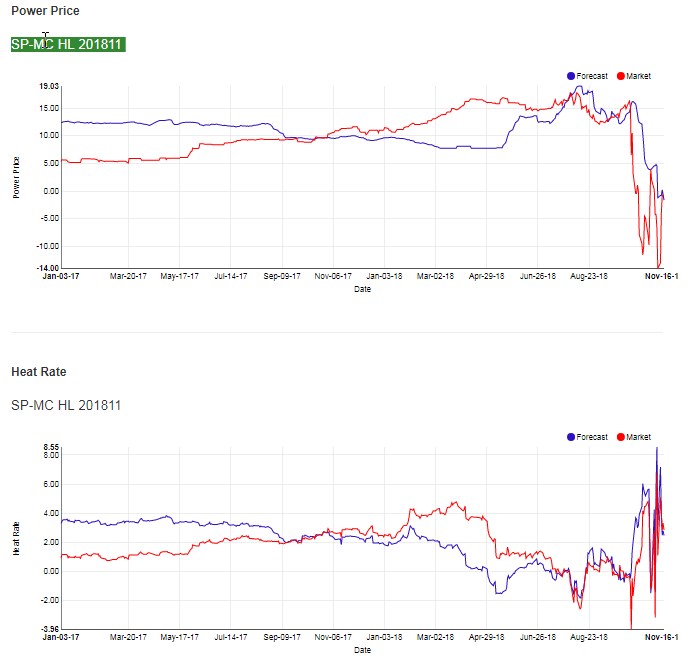 Aside from a volatile valuation, both heat rate and price, it’s hard, initially, to gain a strong opinion either way on the BOM spread. We know there is no demand at either hub today, but there are some hints the Northwest may grow cold. 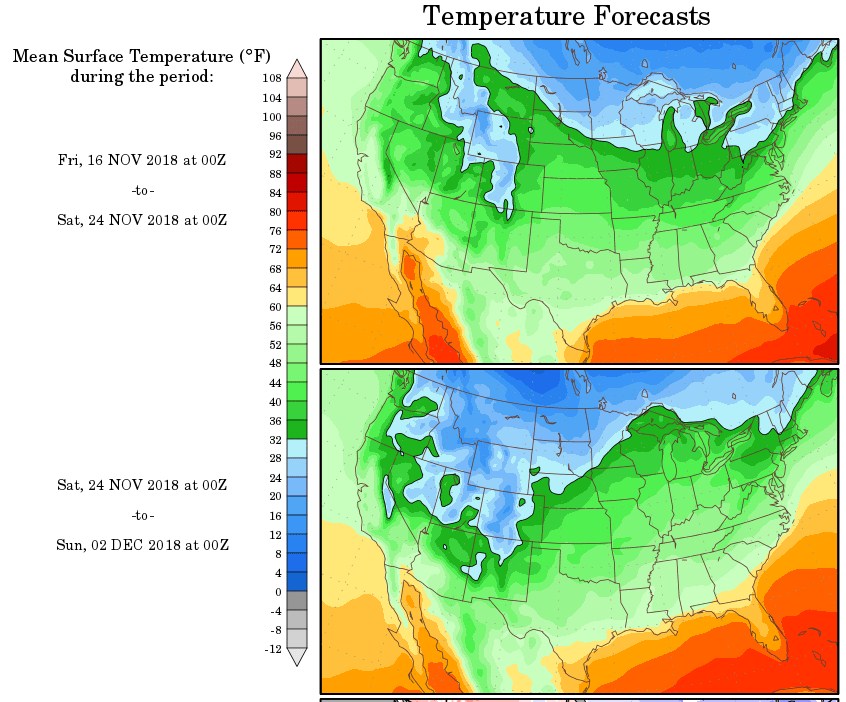 Contrast the first seven days with the last; clearly the NW is going to see a spike in demand while SP doesn’t. Given the instability of Sumas and this cold hint, we’d buy the spread for size. 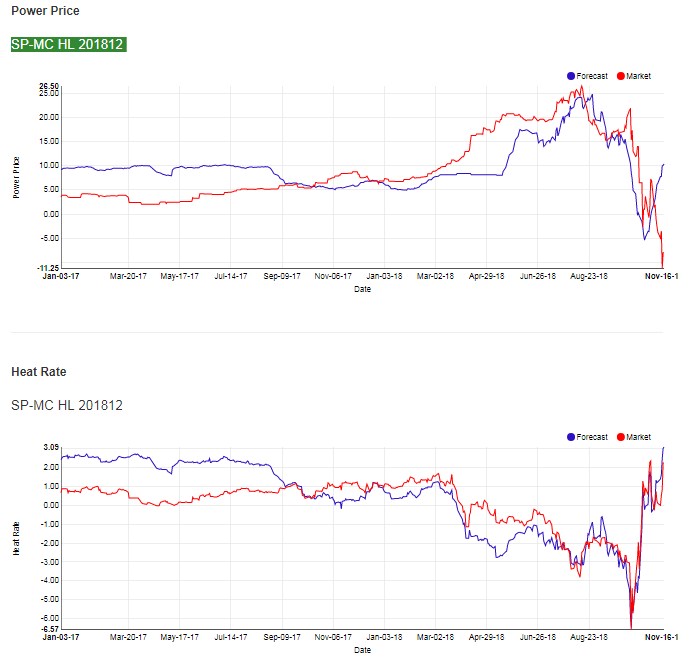 We’re always cash-biased; if we like the BOM it is hard to fade that sentiment in Prompt. The spread, though, is already cheap, so cheap it’s negative $11. Even so, we’d be more biased towards shorting than buying, as long as that cold weather stays in the forecasts. It is Friday, I’d wait to see what happens to weather over the weekend before diving in here. 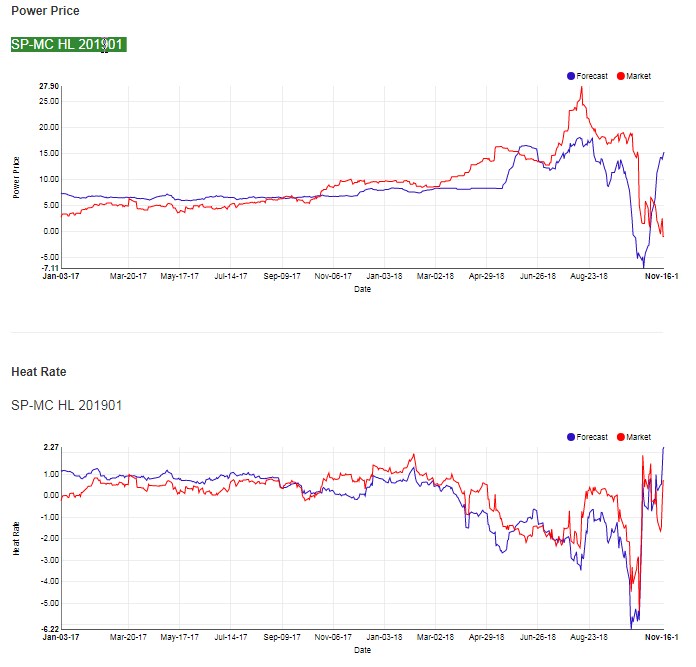 Jan is cheap as well but just because the Citygate-Sumas spread is as well. 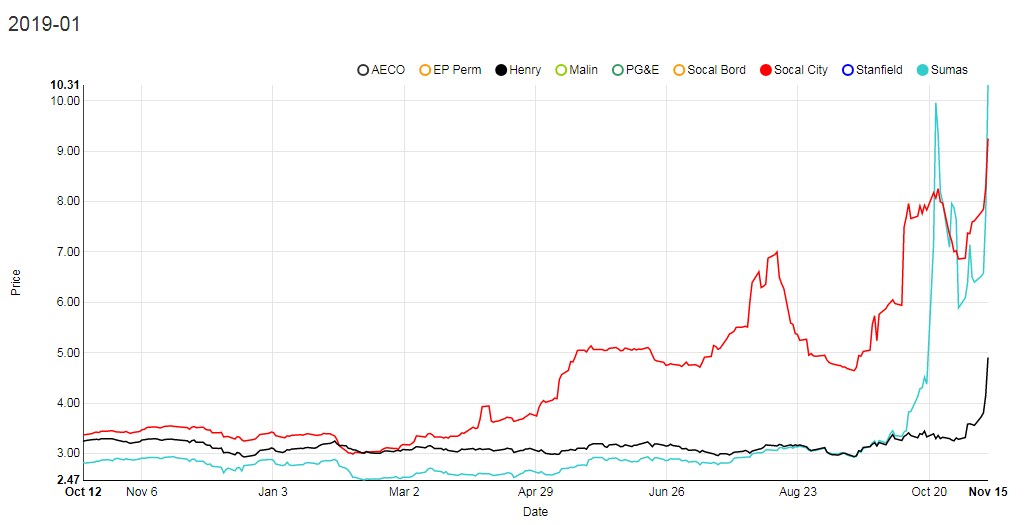 But everything at MidC is predicated on Westcoast not supplying enough gas to Sumas; what if they jack flows back to 100%? Though they’ve said that won’t happen until March what is to keep them from accelerating their timeline? It is this factor that will weigh more on the relative value of the spread than any other fundamental, and there is really no way to model it. Because of that, we’d be biased towards buying the back end of these spreads and selling the front. Our thinking is one week of unmet gas demand in Seattle/Portland/Vancouver and there will be immense pressure on Enbridge to turn up the spigot. 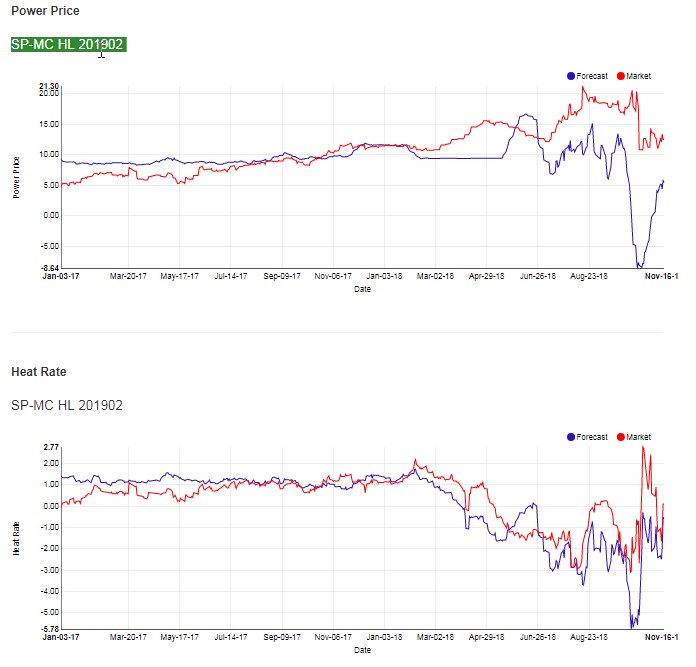 This one isn’t cheap, it is trading like there is no derate on Westcoast. Perhaps buy Jan and Sell Feb? 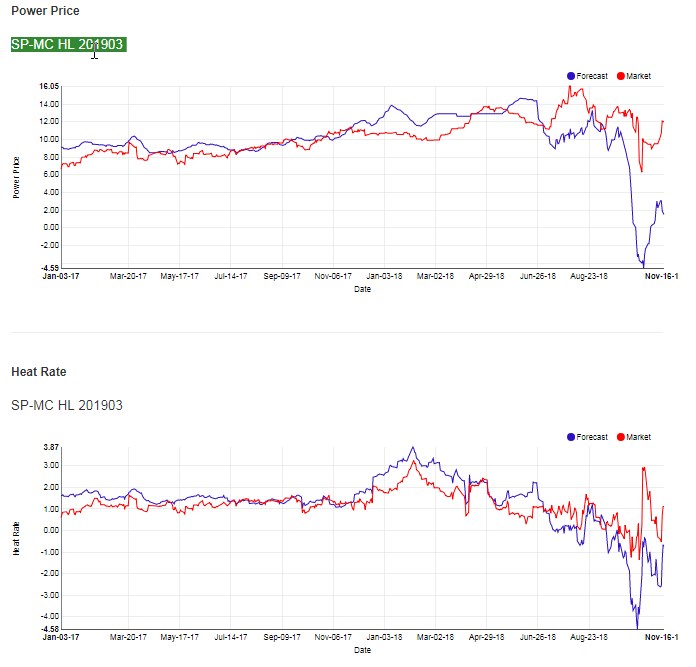 Same price structure as Feb; you already have the trade on in the Dec-Feb, we’ll pass. 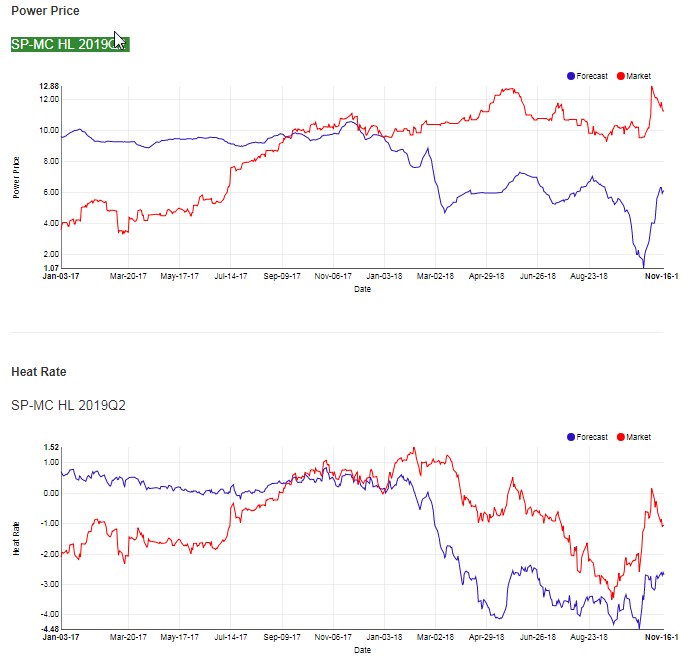 The Q2 was at a contract high, now it is just high but this is shaping up to be a dry water year, those spreads should be coming in. For water reasons alone we’d short this, but toss in a potential inverted cash spread in the triple digits sometime in the next four weeks and we’d want to short it even more. Sell. 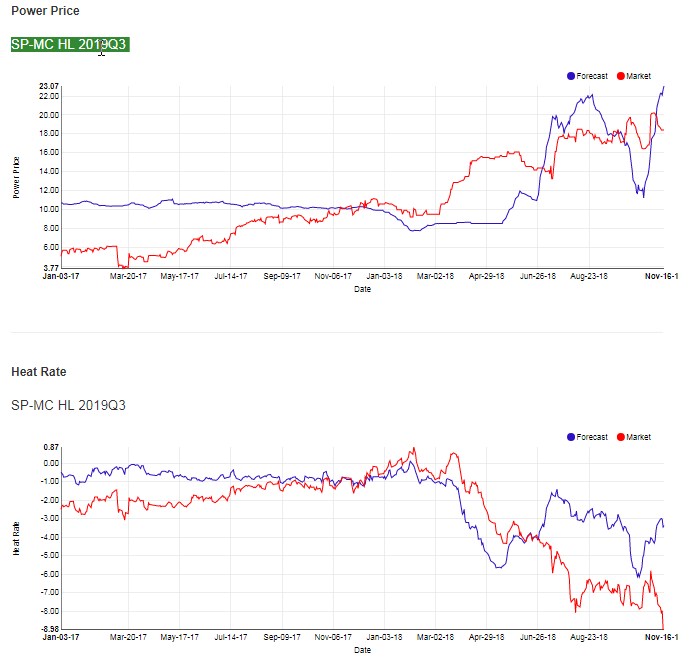 If you sell the Q2 I’d be tempted to buy the Q3. Typically, water issues are resolved by July, even in a wet year. The spread is rich, but it’s less than the forecast. Buy. 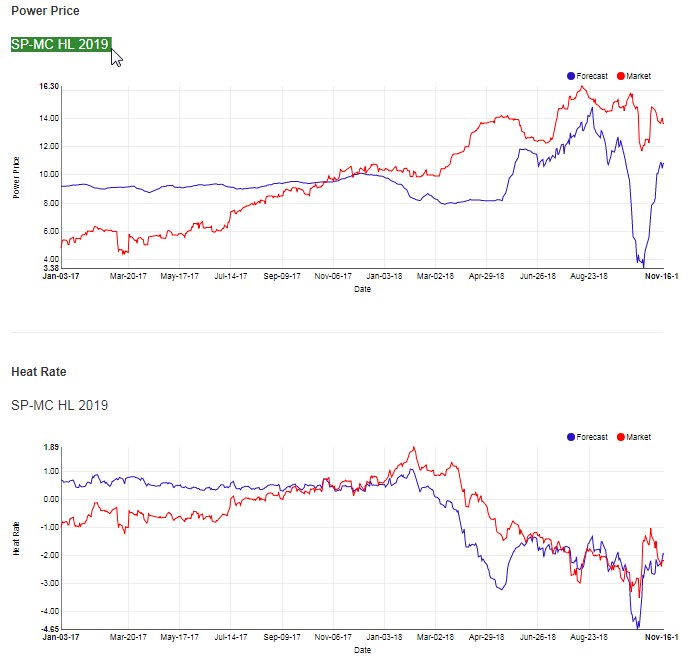 The Cal is a whole lot of VaR and seems you can get the job done with the bullets. Pass