Our takeaway from the earlier post was some bullish southwest cash and potentially huge flows on the Northwest rivers. Let’s see what the markets have done.

NOTE: We are now presenting our Trade Rank charts as BOTH Heat Rate and Power Price. 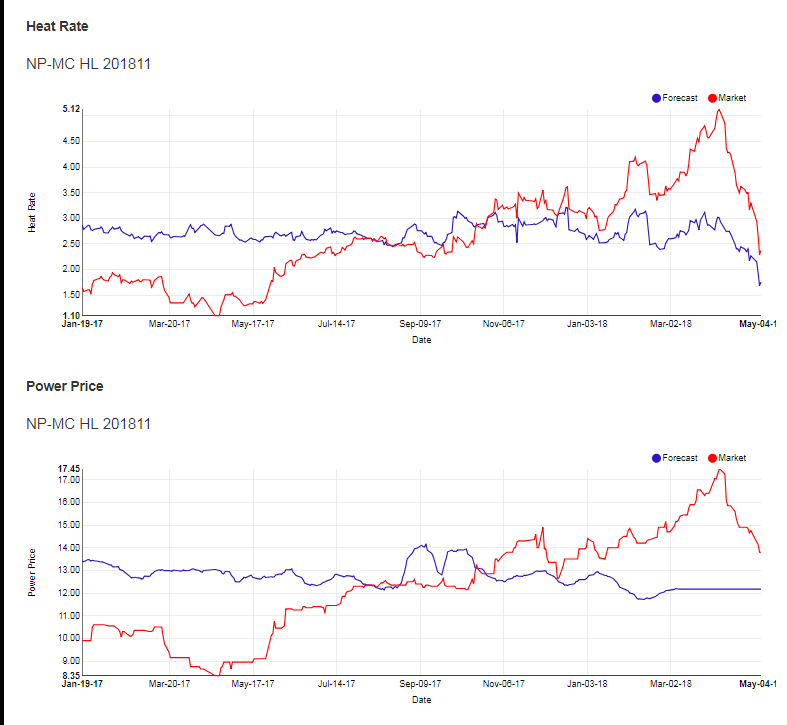 The model likes buying this spread; it has hit a 120-day low. We concur this is a cheap entry into the ISO. 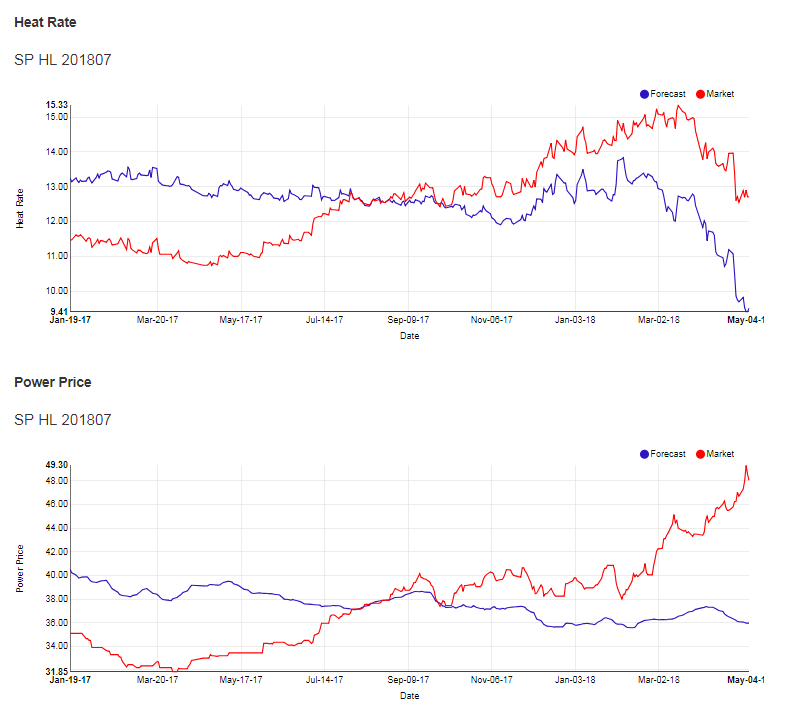 From a power price perspective, this looks ridiculous, from a heat rate it’s either fair value or cheap.  The market assumes SP imports rally hard because of the lofty SCG gas prices. Perhaps they do, but what if all the WECC is hot and there is no energy to send to SP? 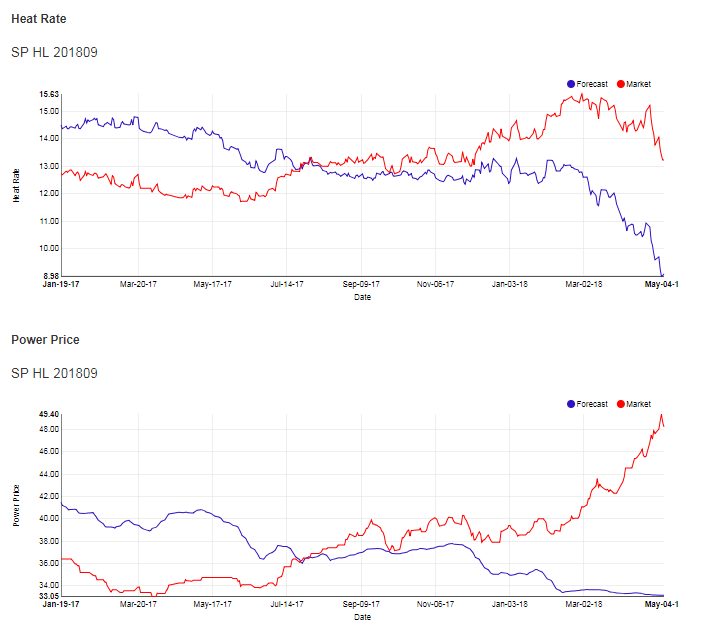 Same trade, this one is September; we prefer the July as it is closer in, more liquid. 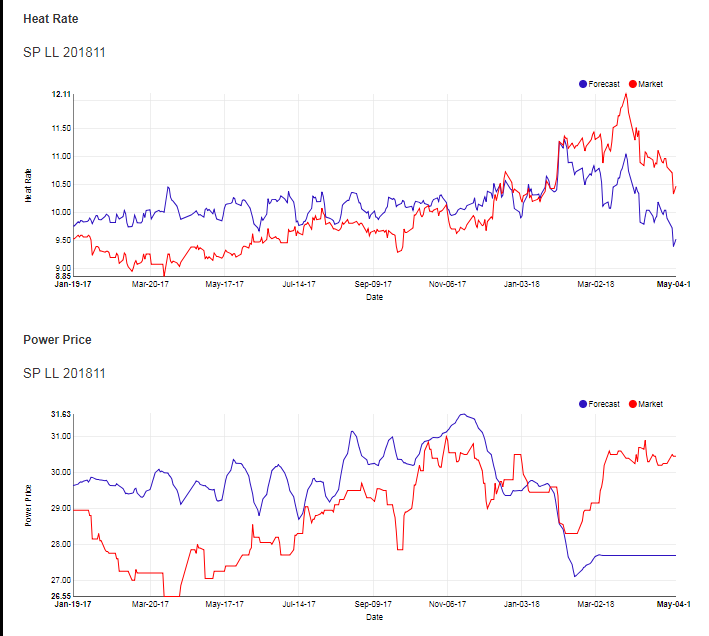 More gas-induced shenanigans, this time in the Nov LL. From a heat rate perspective, very cheap entry point, even from power price it is not too rich. 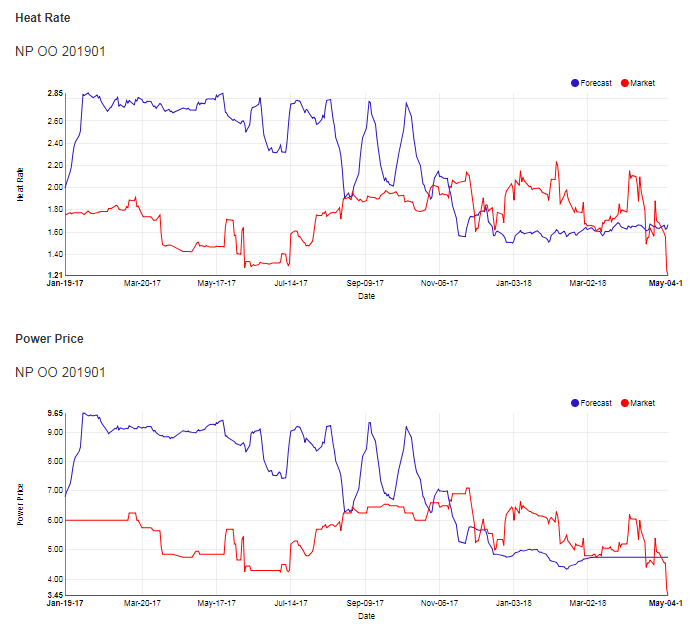 Whoa, what happened to the Jan NP On|Off; fell “off” the proverbial cliff. Oh, what did Mr. Market learn over the last week that shifted his and your paradigms? NADA, just an odd price that should be faded. 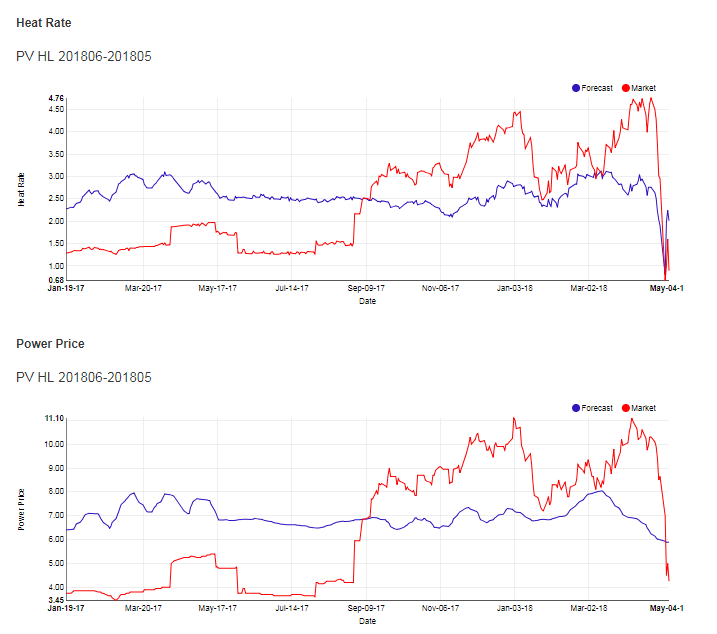 Wow, dropping like a bitcoin after a cold reality shower. This is the roll to Prompt (from BOM) at Palo. The market now loves the BOM, but we still like Prompt, too. We’d buy this roll, even with those 101-104’s expected to glaze Phoenix this week. Instead, we’ll take those 112-116s that will inevitably slam the city in June. 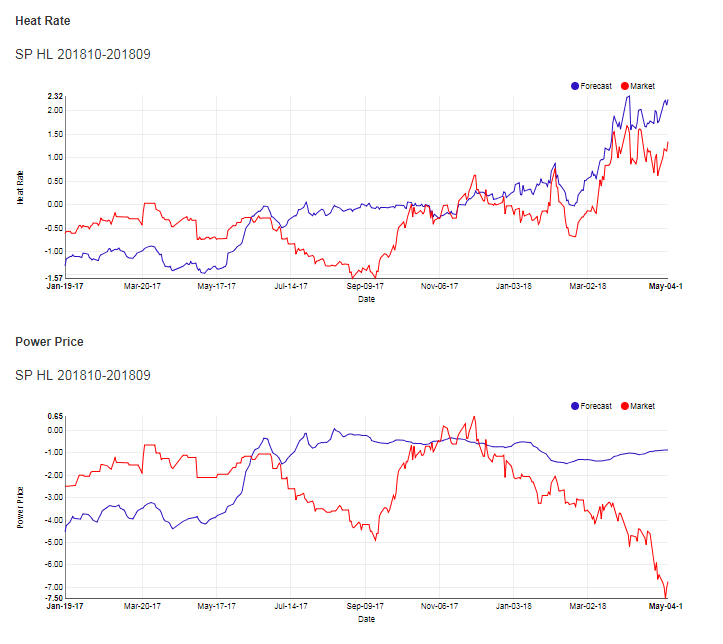 Oct to Sep, SP HL, is at a contract low from a power price perspective. The assumption here is that Sep has all the problems and Oct escapes Scott-free; a more probable scenario is somewhere in between rendering the roll hyper-cheap. 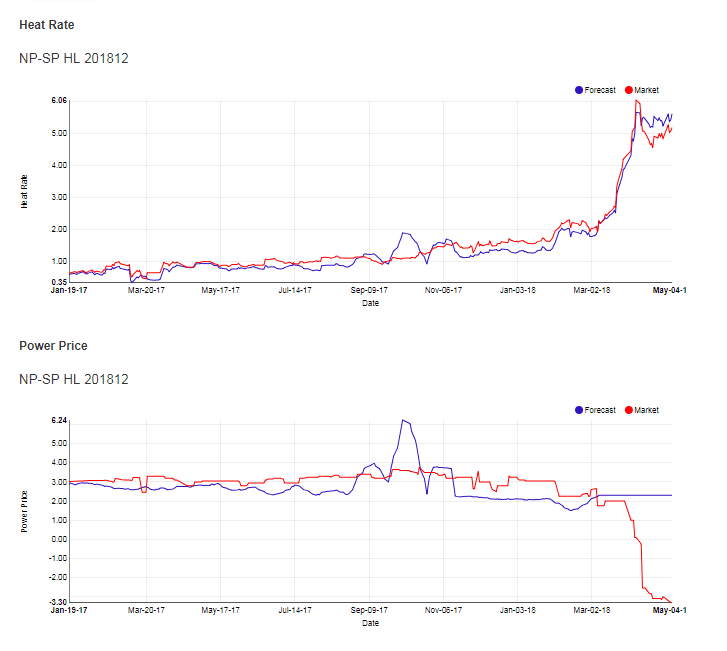 This is cheap too, from the Power Price side. The value will be determined by the number of SCG meltdowns before this goes delivery. We doubt there are many and would buy the spread. 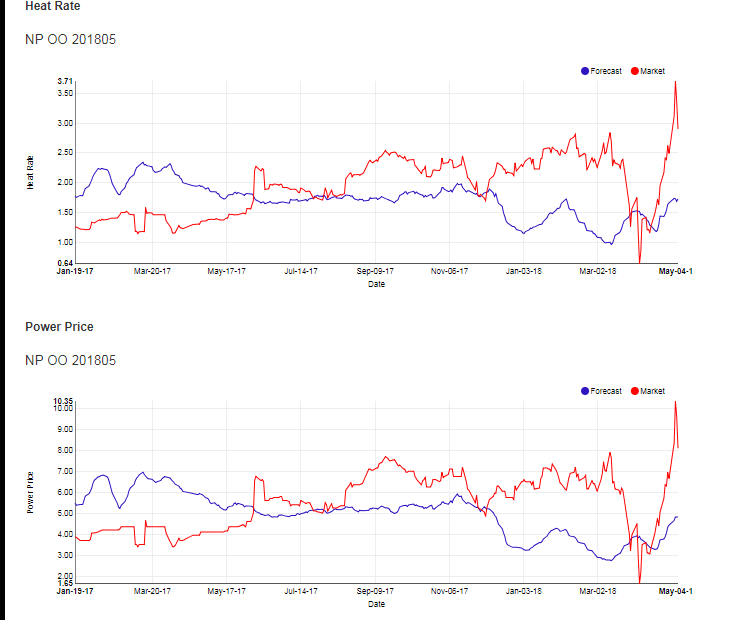 We aren’t recommending a position here, but we did a few weeks back when this thing imploded. Let’s pretend we never said sell for a gain – ok, let’s sell it today. 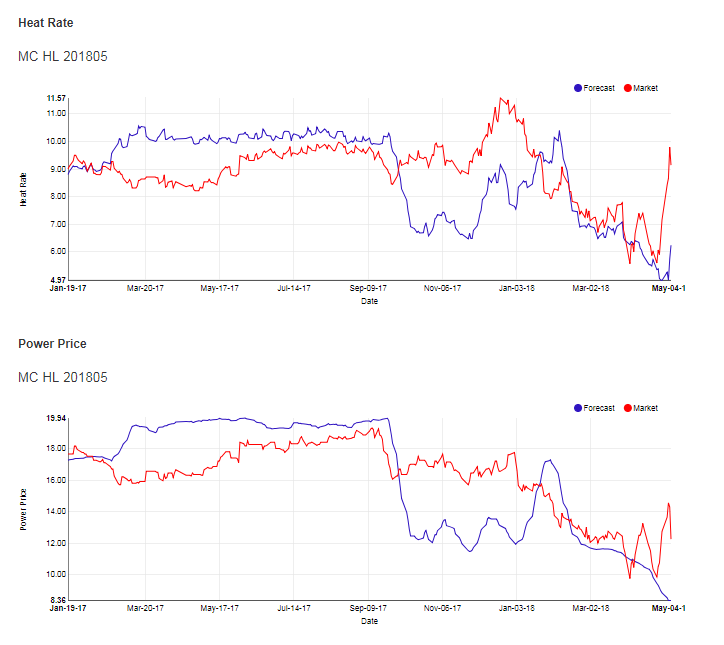 Given what’s coming, 250 kcfs inflows to Coulee, the May is way too rich and we remain short and are selling more. 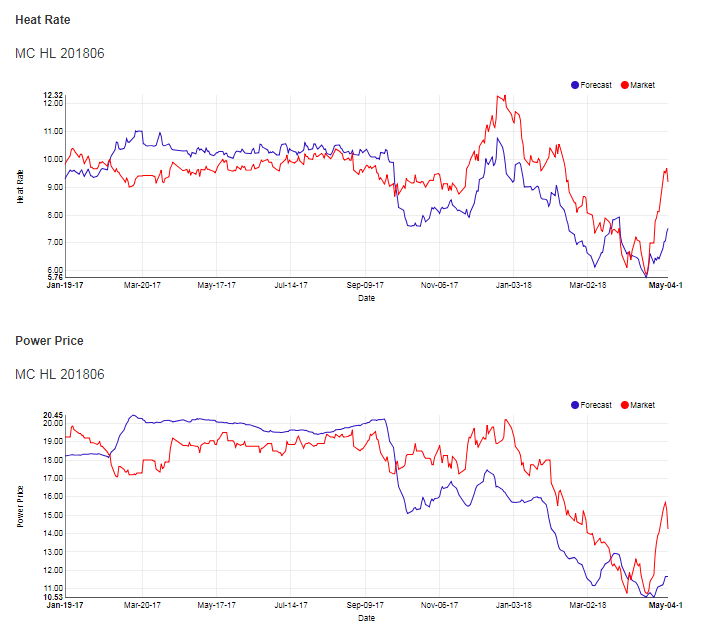 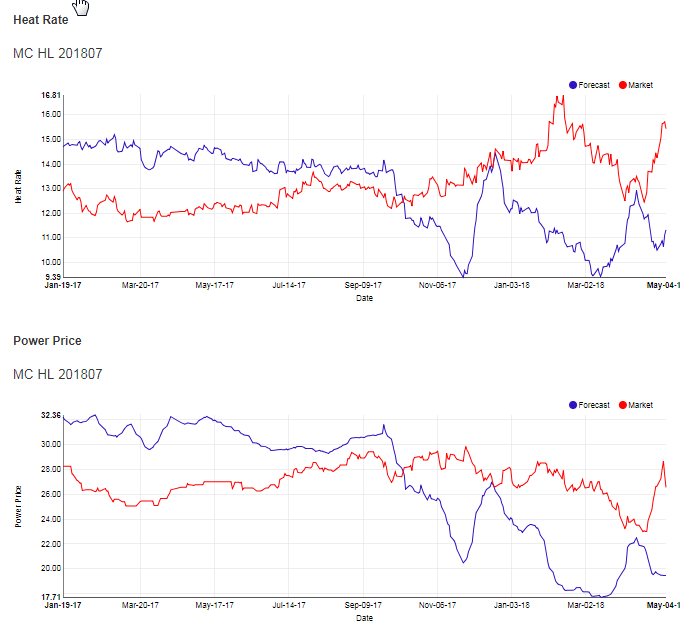 We liked selling the July, but after looking at those Snow Depth plots:

and at the impending warm weather:

Our short-side July conviction is fading with the snow. Let’s see where things stand in two weeks, for now we’d cover our shorts and be flat the July. 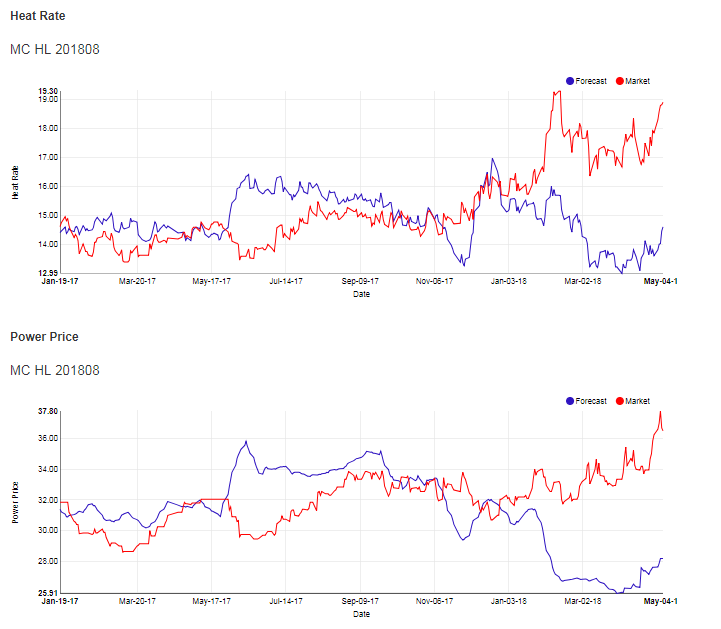 Given this water year, these seem pretty high, and we wouldn’t own it at these levels, not given the cash pain that is heading towards the MidC. 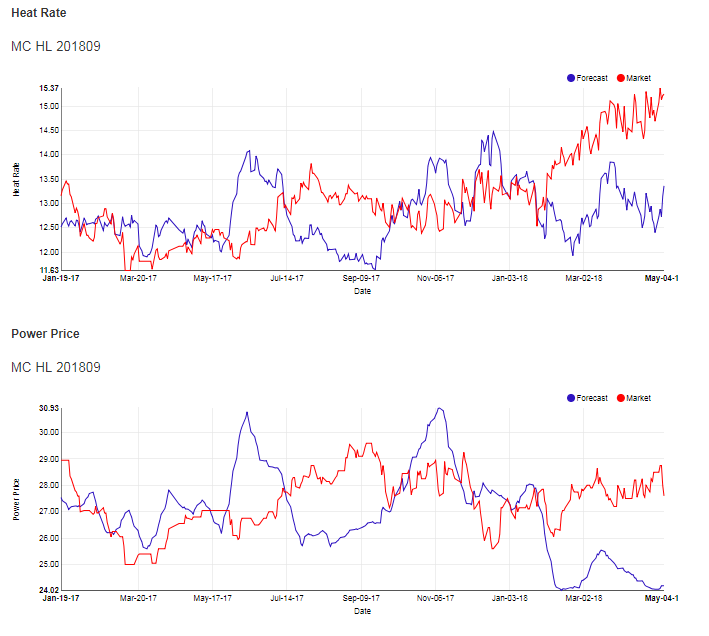 Sep is just sideways despite a falling a gas price rendering an every increasing heat rate – something has to give, most likely this is over-priced.