On Monday’s we discuss opportunities in the front of the curve, which we define as July and in. Ansergy uses a tool called “APT” which ranks 400+ derivatives against each other.

In this view, the APT trades are sorted by rank ascending, putting the best-ranked opportunities at the top. We’ve tried to avoid repeating ideas mentioned in the past, but on occasion, we will revisit those. 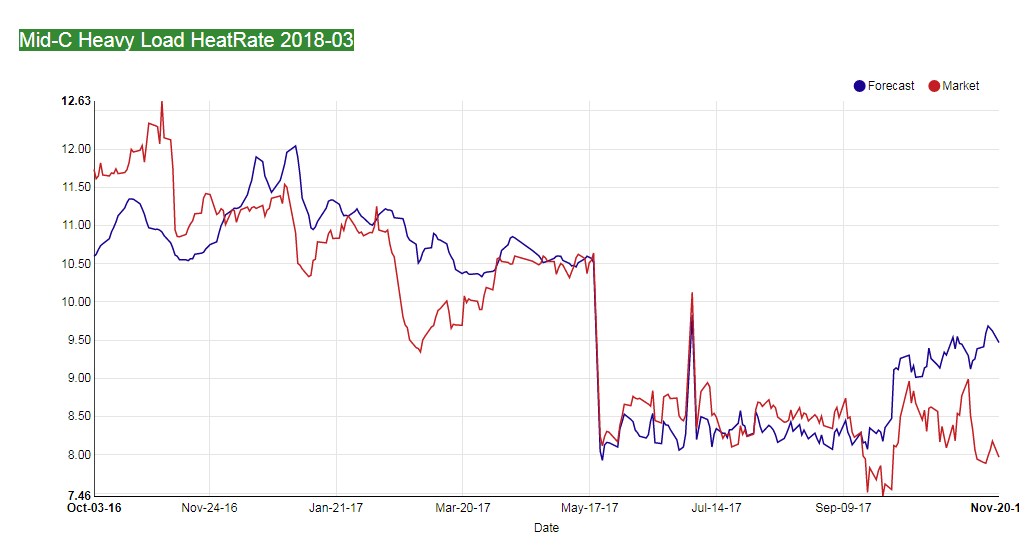 This is one we’ve discussed before; the March MidC on peak. The product is back to trading near contract lows following a sharp rally off of those lows. Granted, the Northwest has been wet of late, and the snow and precip anomalies are positive, but does that warrant destroying the March? We don’t believe so; it is too early to take an anomaly at 10% of the water year and make significant bets. Most of the current price is due to the highly anomalous conditions last year. We would like to buy this in front of something Mid-C bullish, but alas, we don’t see anything bullish today. 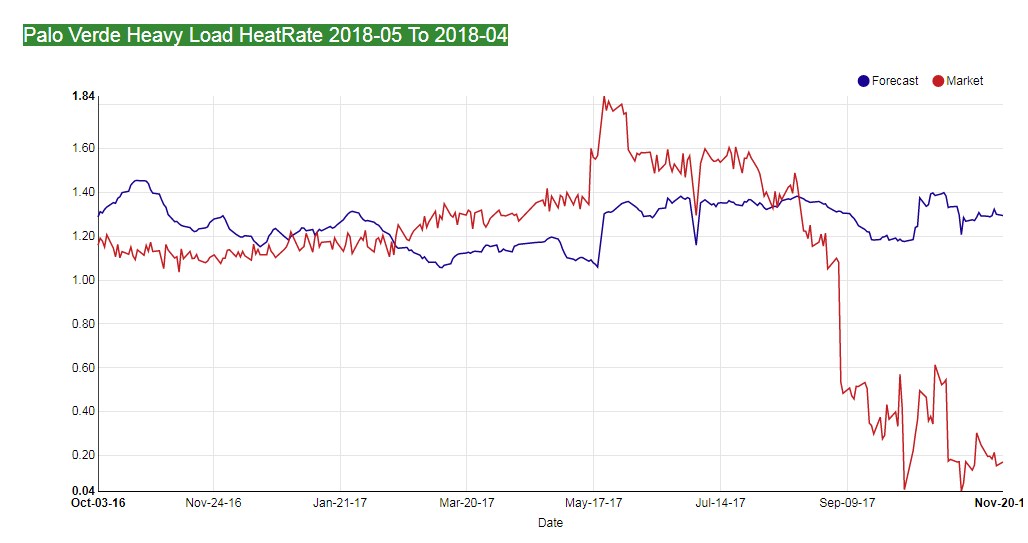 This roll is drifting back towards being too cheap to meter. The May is a better lotto ticket than April since there is a much higher probability of extreme Phoenix heat in the former.  Also, any bearishness at Palo will be impacted more in the front than the back rendering the long roll a “hedge” against weak Palo. 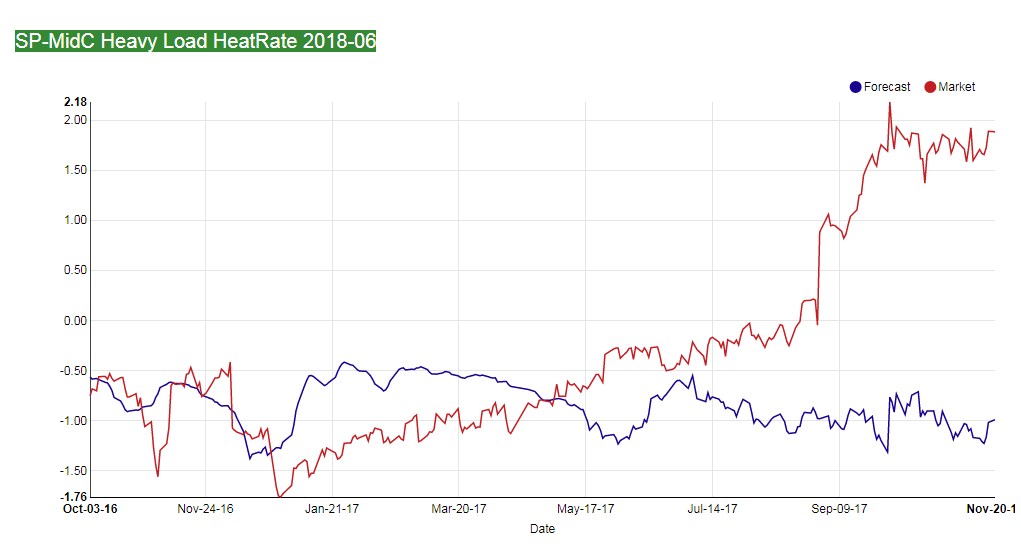 All things SP have been bullish, but that too shall pass. Another heat wave is coming, shorting today may not be wise if cash explodes later this week off of the mid-90s in LA. Following that event, it might be a good time to sell this. especially if the MidC goes dry. 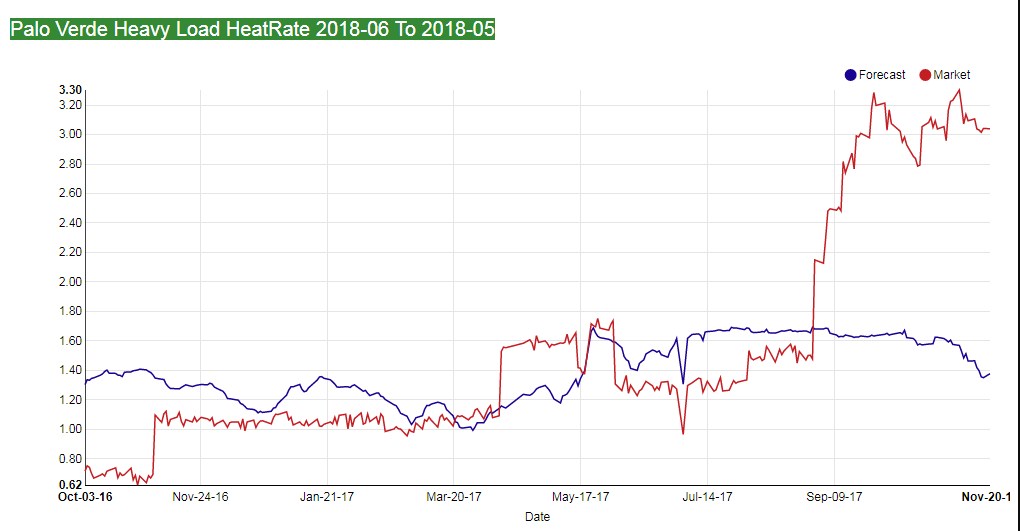 Another Palo roll, this time from the other side. The Market has bid up the June at a faster clip than the May. Strange, because the April has moved up more than May, too. All of the June strength is a reflection of the 115’s in Phoenix last June. 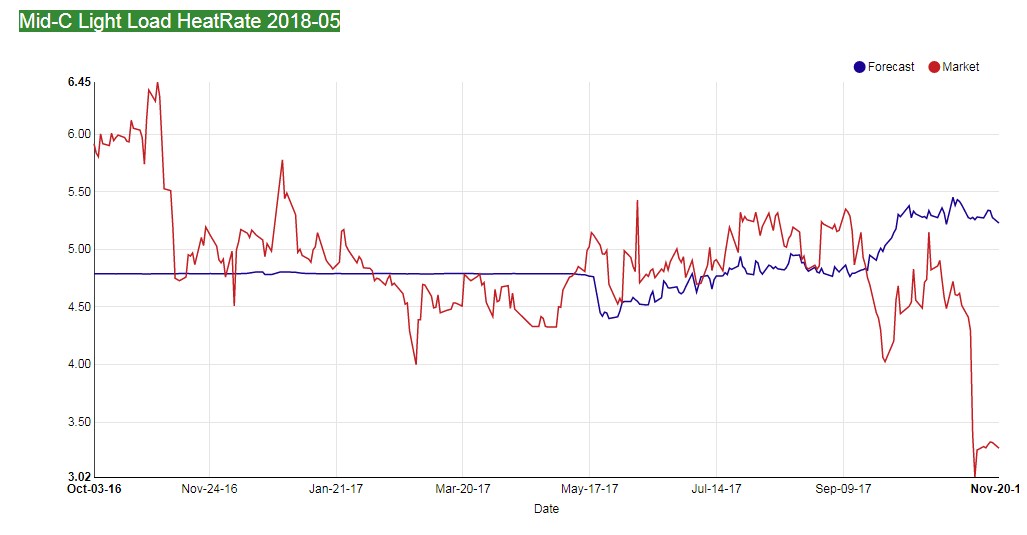 Here is a new opportunity; the market has fallen off a cliff on the May MidC Light Load. Well, that makes sense, it rained two inches in Seattle last week, right? Sorry, this is a mistake. 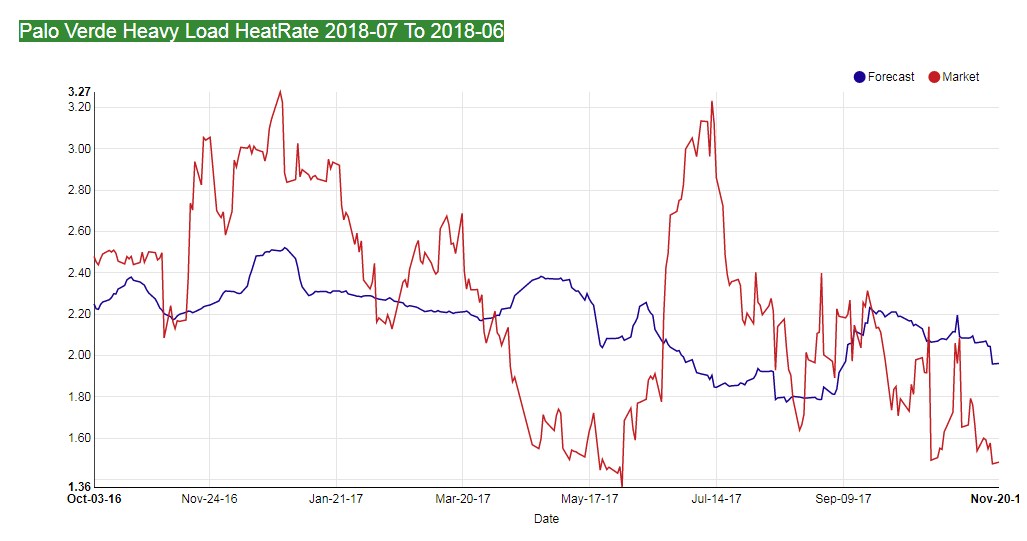 Another Palo roll, this time June into July and, like the May-April, the market is approaching a contract low. June has almost reached parity in July which is a blunder.