As the cash markets break to bear we would expect the hysteria in the term to begin correcting. SP has been gold, perhaps platinum, for the last seven months. Will it adjust back to last year’s lows? We doubt that since those bottoms were as dumb as today’s highs.

On an admin note, this week we will expand the monthlies out through June. The water year is now in play and snow anomalies will soon matter meaning one can justifiably carry a fundamental bias as far out as July, maybe August.

In the “APT-Best” view we sort on Rank, ascending, and have selected seven trade/hedges for discussion. There are others that are worthy of your attention, click the image to view the live report and run your queries from there or click the download button and filter within Excel. We prefer the online version as it contains the links to the TradeRank charts. 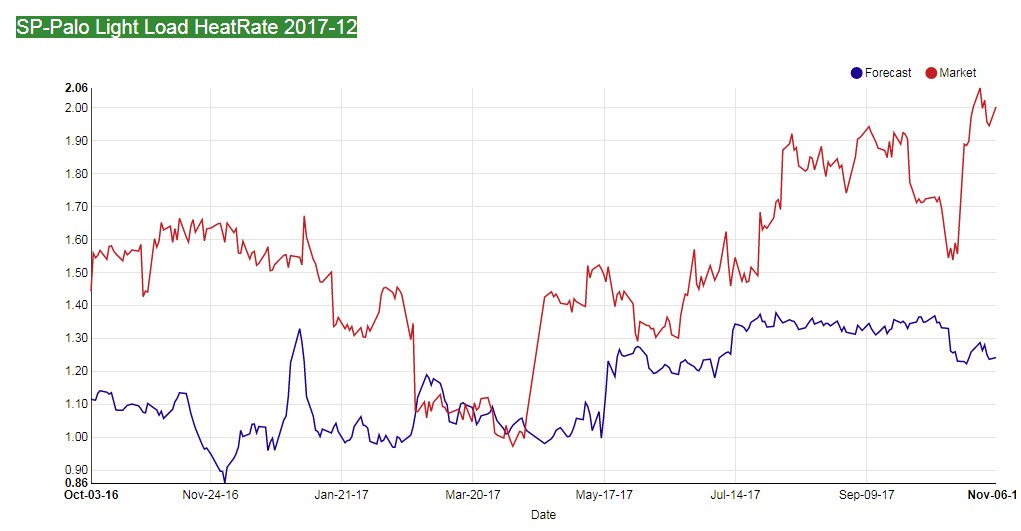 SP has completed another run against Palo in the Dec off-peak. We called this the “rising knife” last week, now it has paused which makes APT like it all the more. We like it too, given that SP’s AC-load days are gone until spring. We don’t like seeing the Palo nuke return, which will be another 1000 MW of off-peak supply into the mix, but the market has known about that since the dawn of power. We also like seeing that 3000 MW of DC returning in two weeks which will pound the fat out of SP prices.  All of the above rally is explained by 103 degrees in Burbank … ten days ago. 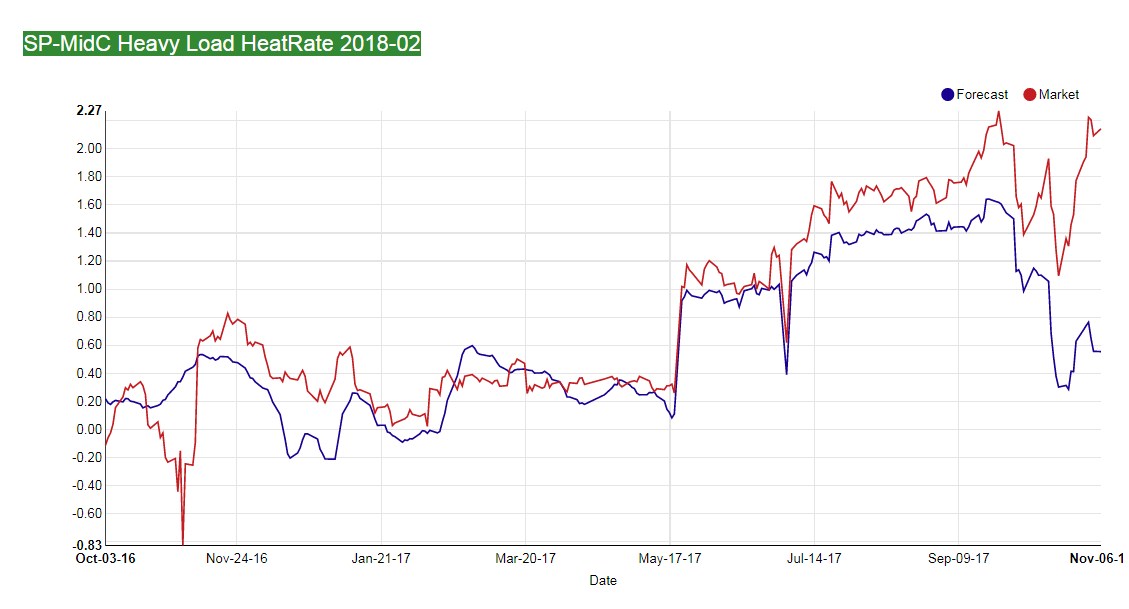 Almost the same chart, this time the spread to MidC in February. If anything, the spread price is dumber than the SP-PV given that this is further into the curve and the Northwest is tight. Without a massive storm system, and there is not one as of today, the region will remain tight and put pressure on all the South to North spreads. We’d be short all of them until we see something different. 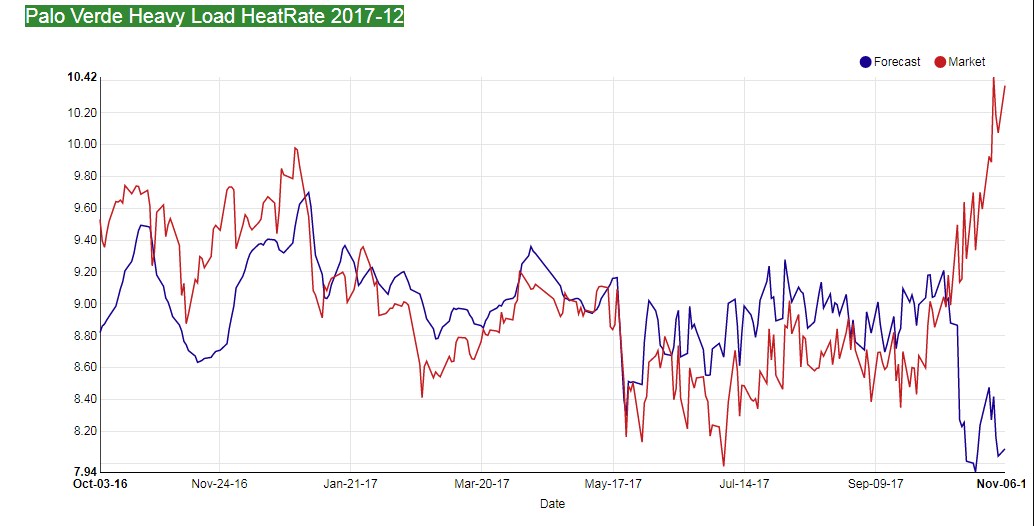 An outright at Palo for the Prompt month. There can be no explanation for this recent rally, aside from the hype factor of last week’s late-season SP15 heat. Watch cash once the nuke is at 100%, that day will be the “tell.” For now, there is lots of gas on the margin and room on the transmission lines which will absorb some of the supply pain. We suspect there are several coal plants down for planned maintenance that will most likely return for Dec heating load. 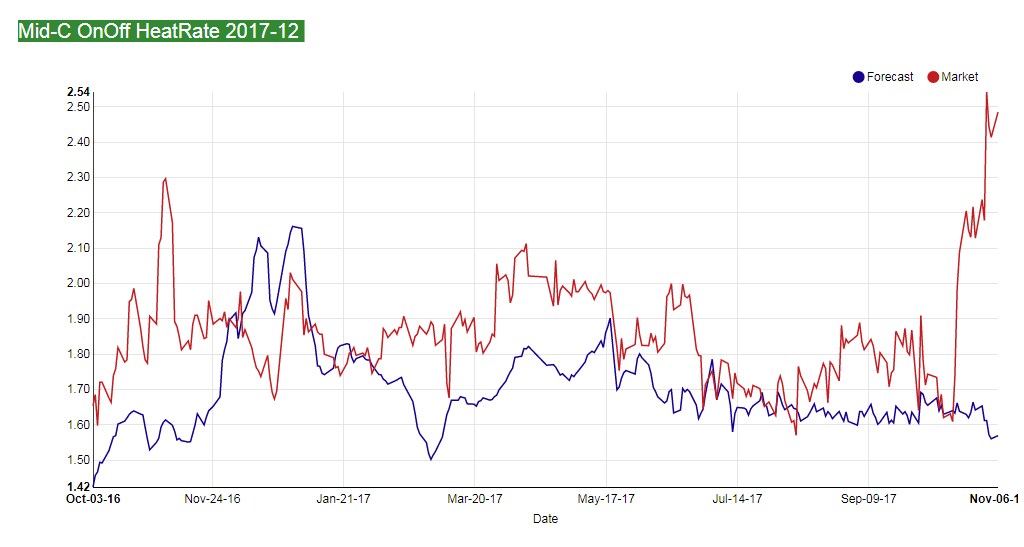 The Prompt Mid-C on|off is odd given that cash is trading nearly flat; water is tight, nighttime loads are rallying, and the on|off is its own little “rocket man”. We’d short that and go back to playing solitaire for a few weeks, then retire in Monaco. 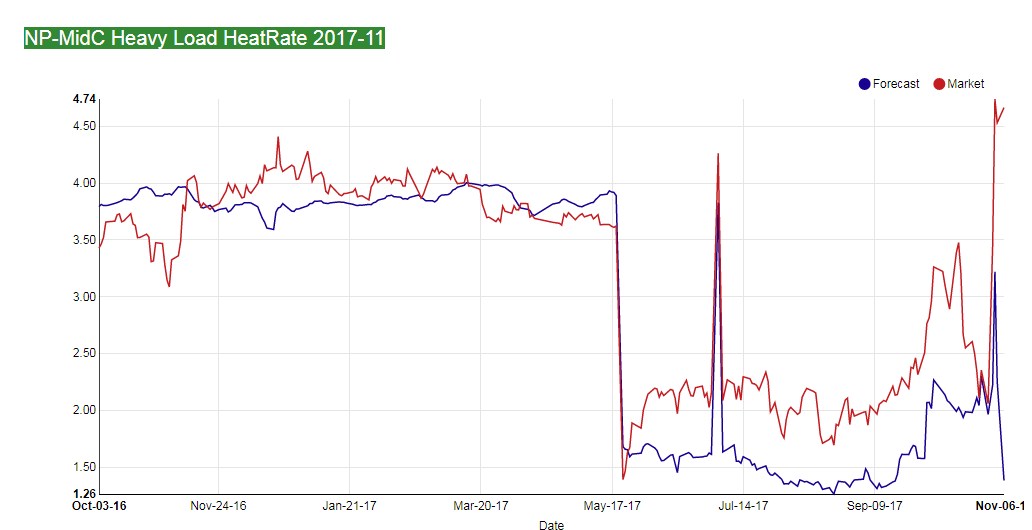 Wow, the market loves the NP at the expense of Mid-C; it can have it. That is one verticle line, its slope approaches infinity, but a top was found on Wednesday and on Thursday and Friday the market struggled with what it had done. Someone will/should punish this mark. 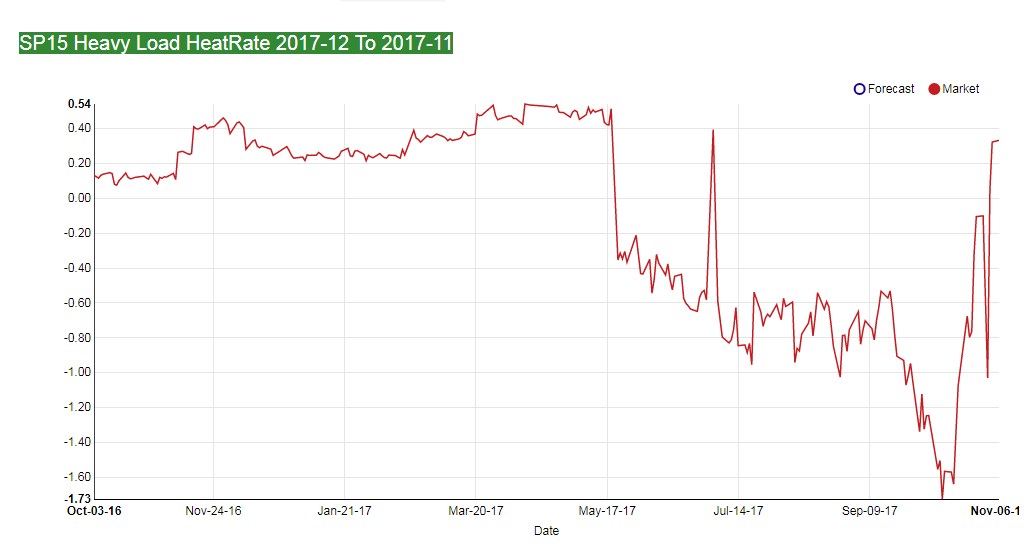 Prompt|BOM roll at SP  onpeak.  We are not so sure this is a short given that it seems to be mean-reverting back to the mean. It almost feels like the market is starting to wonder how invulnerable the highly vulnerable SP truly is. 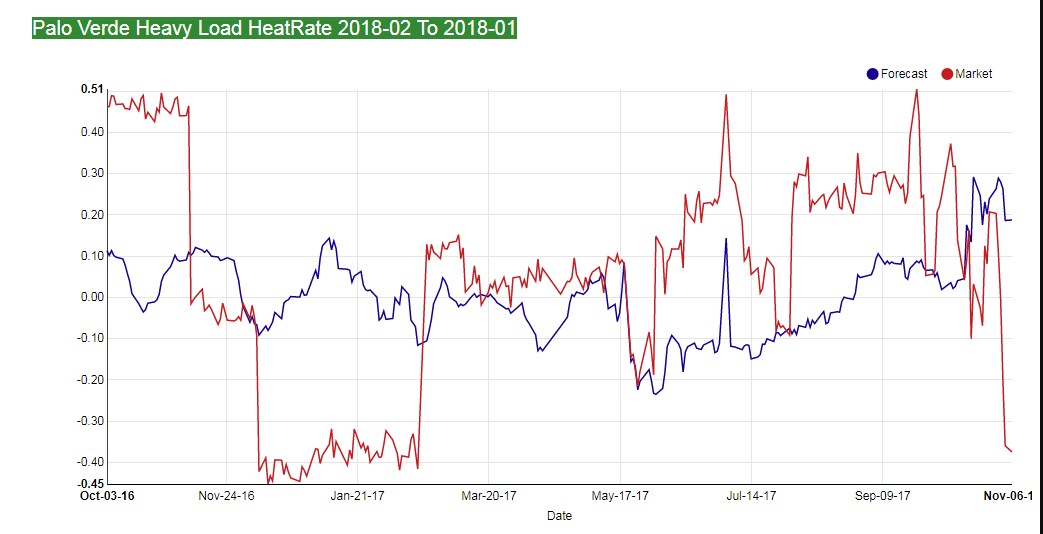 What giveth at some point taketh. The market despises the Feb Palo, but why does it love Jan long time?

These are the most prominent upward moves in Rank (Sorted on WoW descending). We found three jewels in the jewelry box, but it’s really an entire jewelry store. 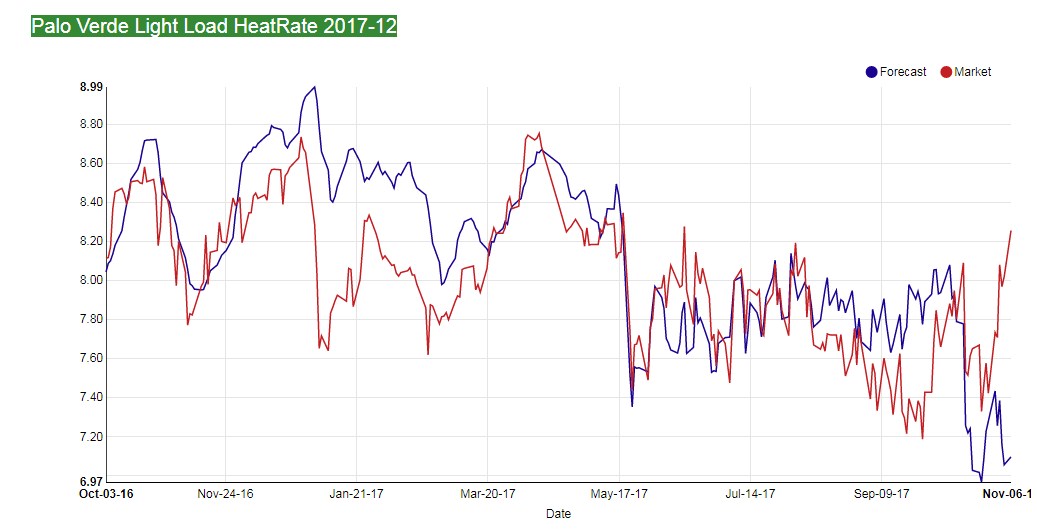 A Huge rally, though all the market has done is gone from really cheap to reasonably priced. We’d pass on this, but worth watching from the short-side. 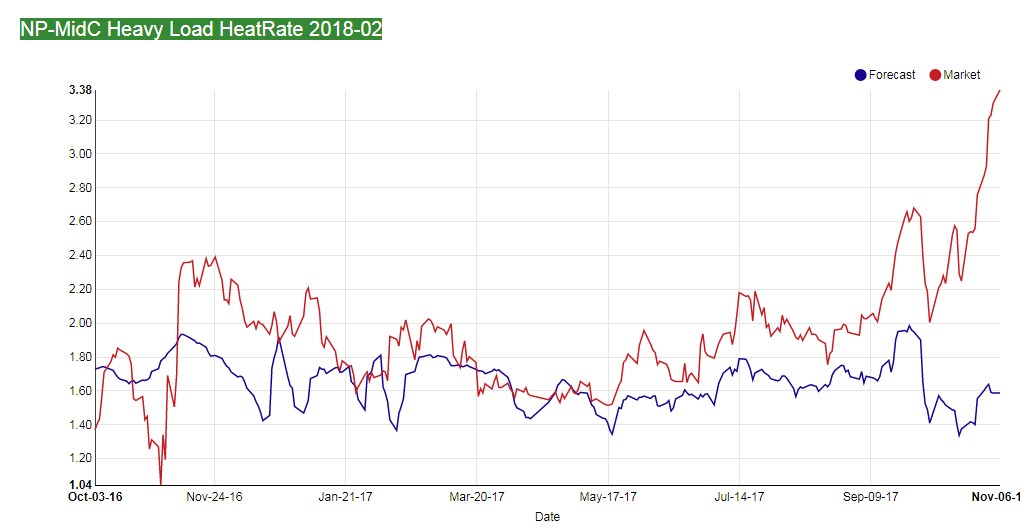 UFR! “Un Blanking Real”; the spread is blowing out in Feb for why? It’s not because MidC is cratering … 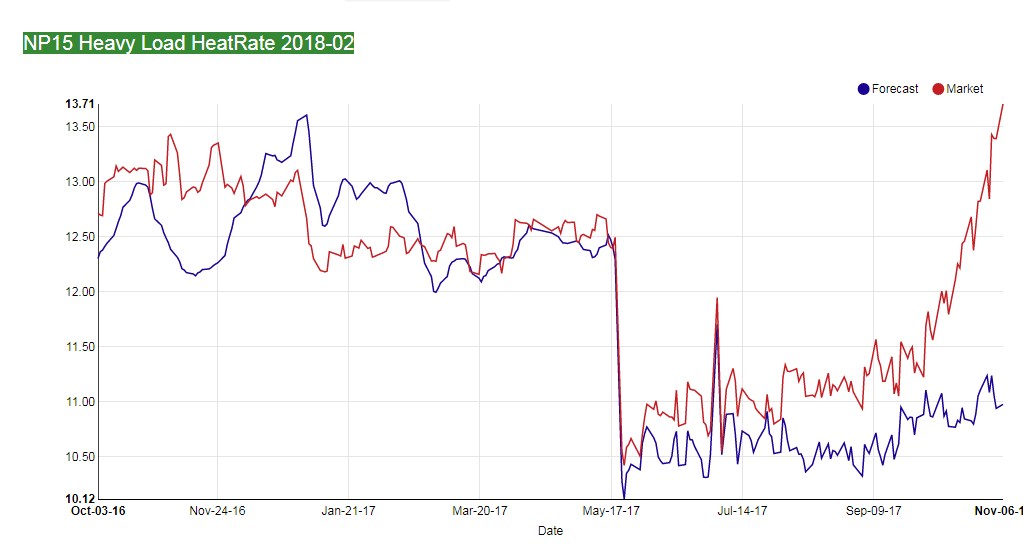 Blame it on the NP side as the Feb hits a contract high. The trend has been the long’s friends for the last two months, but one day that trend will bite you in body parts not used to teeth.