Today we will look through the term curves for oddness; don’t have to look too hard, especially when you had such a violent cash market last week.

This table summarizes the best ranks in the Qs as of last night. The highlighted PIDs are the trades we culled for further discussion, though we’d encourage everyone to review at least the top 20. We like to use the WoW column as a filter for finding the nuggets; these are the ones moving the fastest. 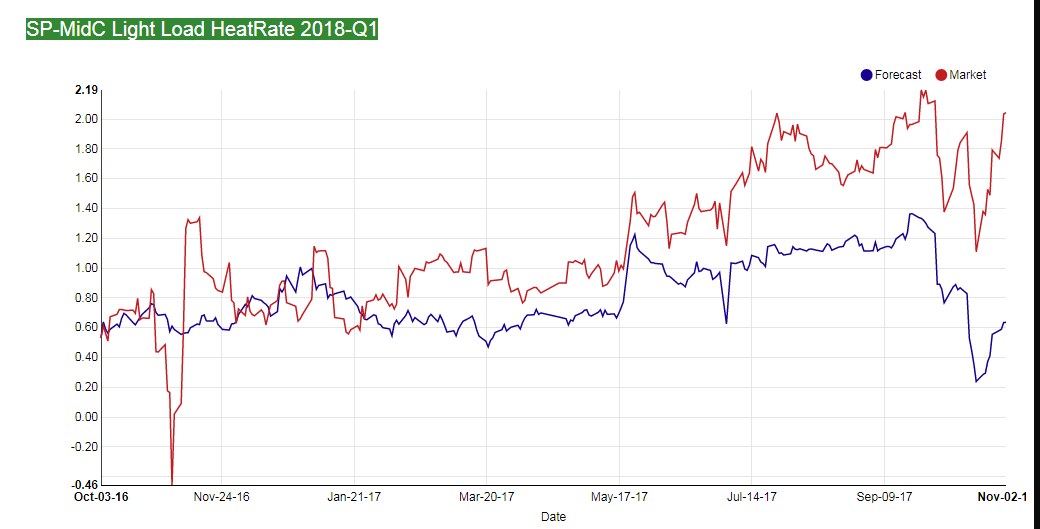 As expected, the spread is widening, again, off of last week’s freakish hot LA weather. The last time this spread reached these heights it cratered, now it’s blundering its way back to that top — right in front of the MidC’s near-freakish cold weather. Ooops. We’d like to see this find the top before shorting but fear there is no time and we’d grasp the falling knife with bare hands — in this case, it is just a butter knife. 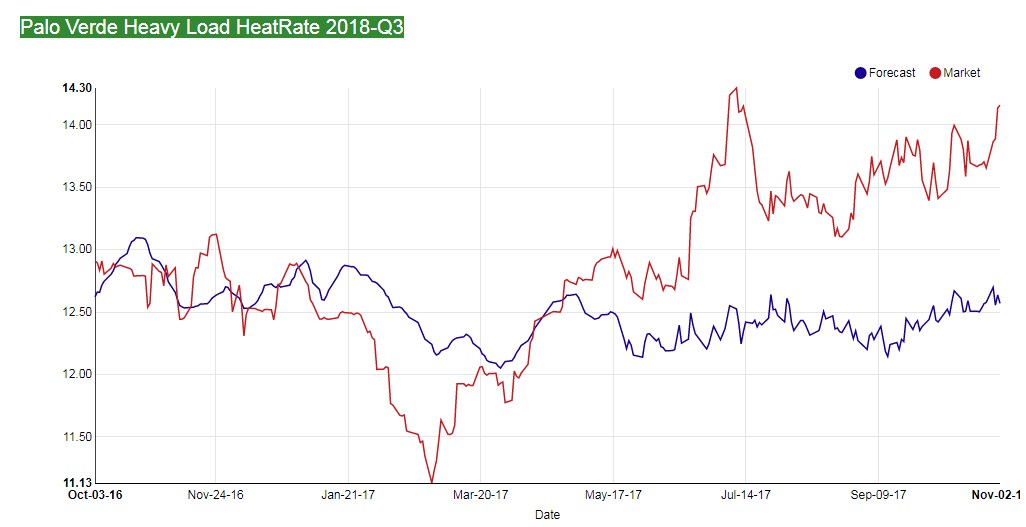 The market looks longingly to last summer and expects every summer to be the same; we’d caution against such unfounded exuberance. The market is heading into that hell for longs called winter, and after months after months of abysmal prices, everyone is going to be looking for something to short. How about shorting contract highs? 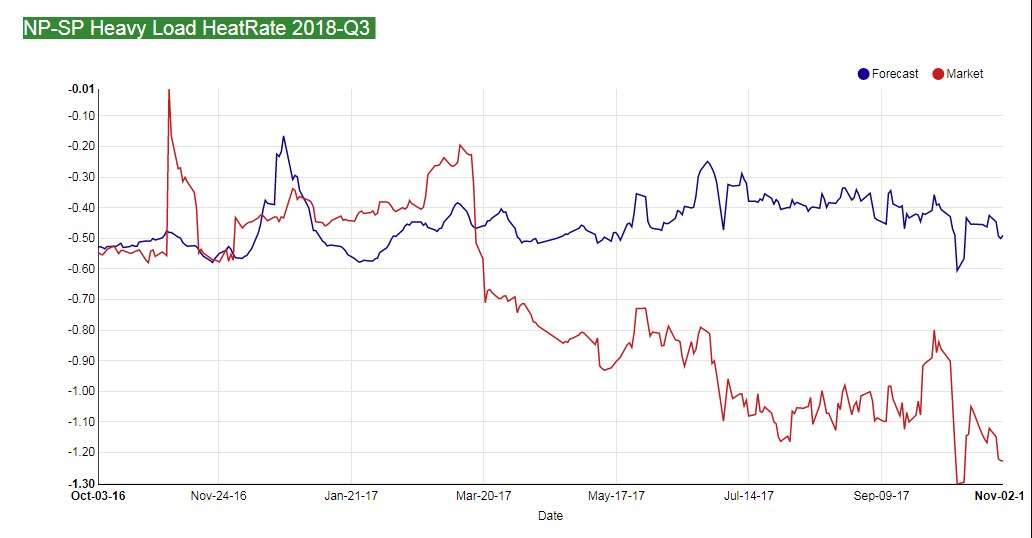 The spread hit contract lows last month and rallied sharply; now it’s back to drifting towards those lows but doubt it gets there. Not with NP ramping into the heating season and SP ramping out of the cooling season. However, if SoCal gas is having issues with its system, all bets are off. 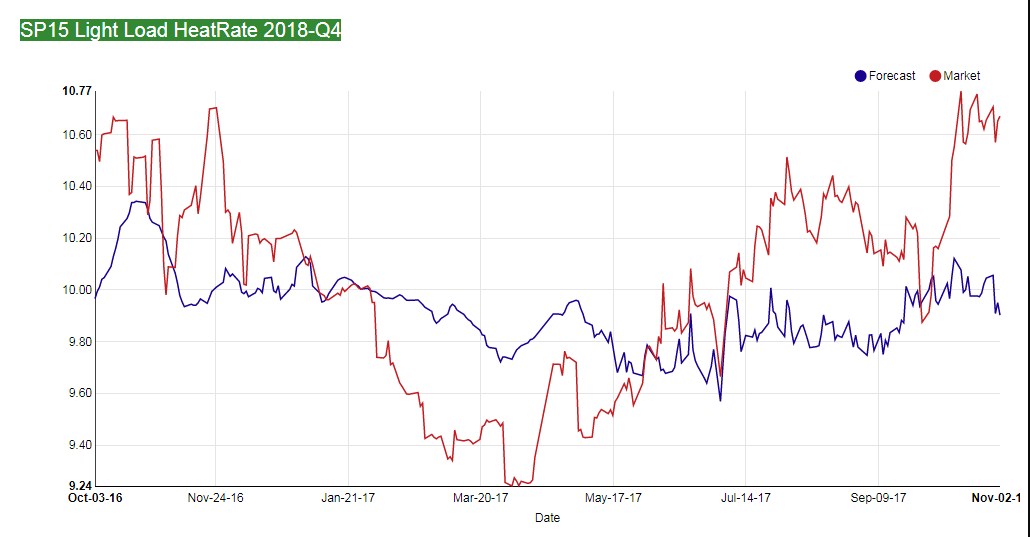 We’ve posted on this before, just wanted to point out a persistently high price that eventually, we believe, breaks down. For now, it’s mired at contract highs until cash tanks. 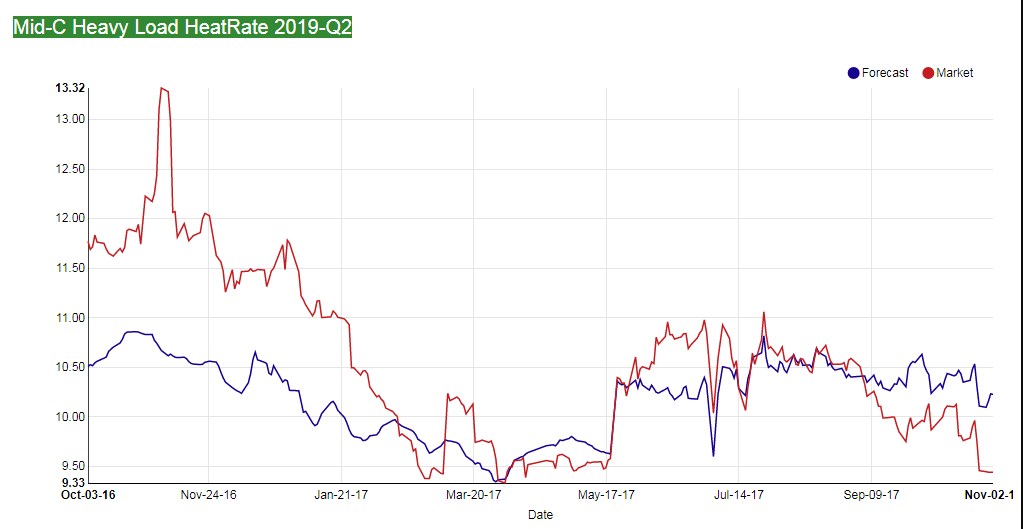 Way out in the curve, like 18 months out, but for whatever reason, the market doesn’t like the Q2 2019 very much. We like what it hates; there is no fundamental reason for this to post contract lows. And, with a mini-cold snap staring us in the face, and a potential for another to follow, we’d be buying all things MidC.

In this view we look to the most prominent moves; those trades that have improved in ranks the most; we call this “APT – Rising”. 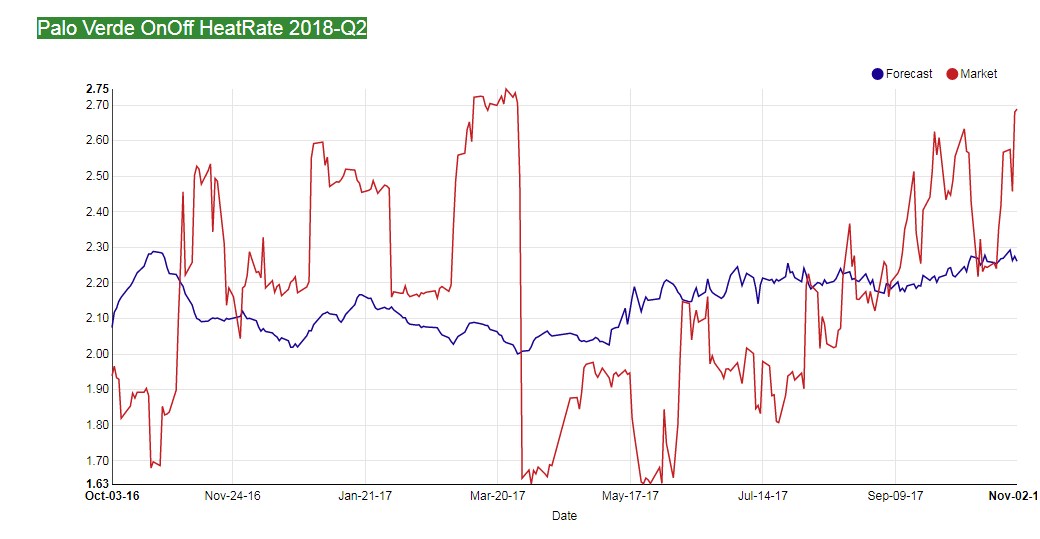 What a wild ride; the Q2 Palo On|Off is all over the map, now it is setting contract highs. Fade … 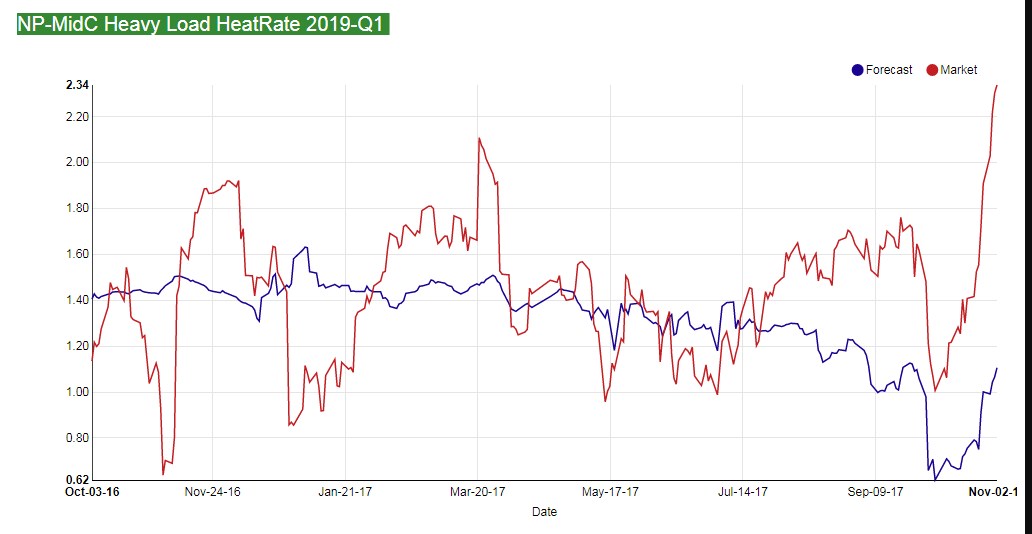 OMG – talk about Rocket Man – this one is off to the stars and where this ICBM lands is anyone’s guess. And to think its 15 months out; but in front of the MidC cold, we’d gladly short, though this may not be a butter knife, it may very well be a samurai sword. 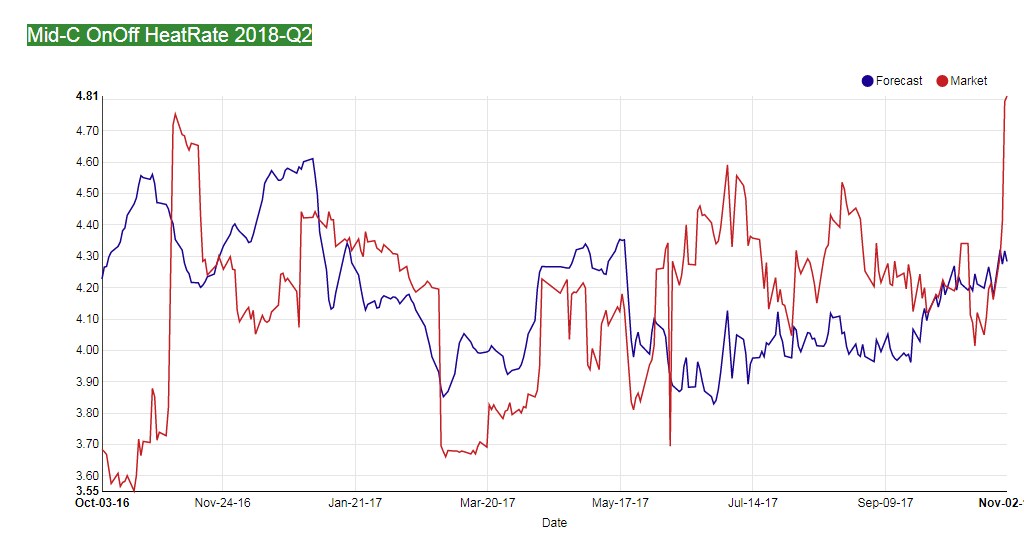 SHYTE – looks like the previous plot, and this is the Q2 on|off. What is unnerving is that the cold snap, if it gets colder, could very well blow out the cash on|off which could put even more upward pressure on this one. Oh well, got spend money to make money. No pain, no gain.