There are a few gems in the front-end worthy of mention, before going into specifics let’s look at the APT Summary:

We highlighted five trades to discuss because these had good ranks (top 100) and big moves from last week. Low WOWs (Week-on-week) were either already discussed or are range-bound and not worthy of mention. 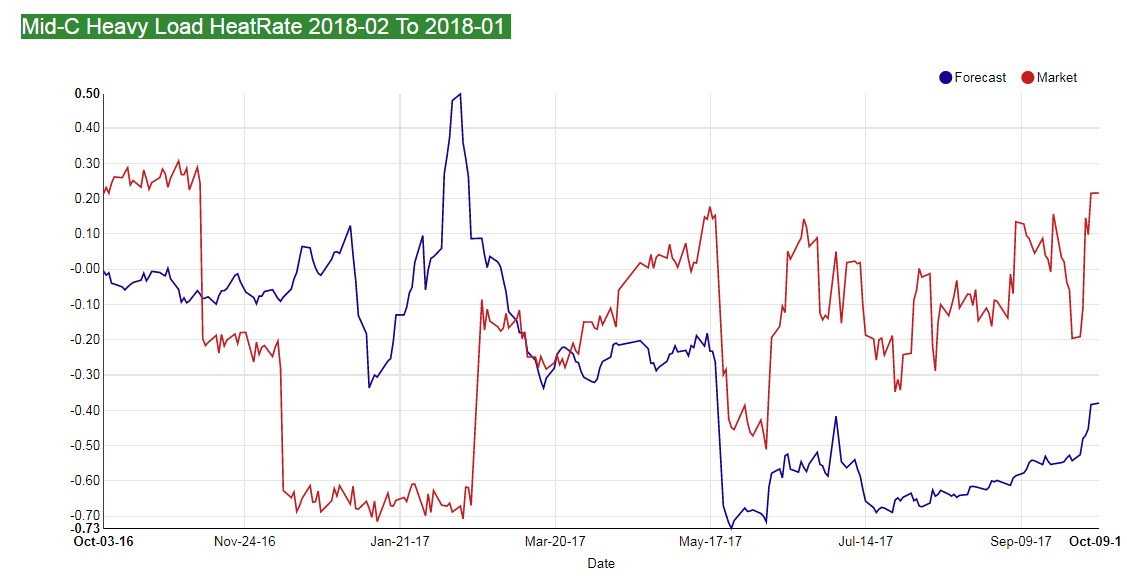 The roll to February has gone bid; not sure if this is just a “marks” issue or the market has gained some amazing insight into Feb vs. Jan. Last time it did this the market reversed itself, we’d expect the same this time. 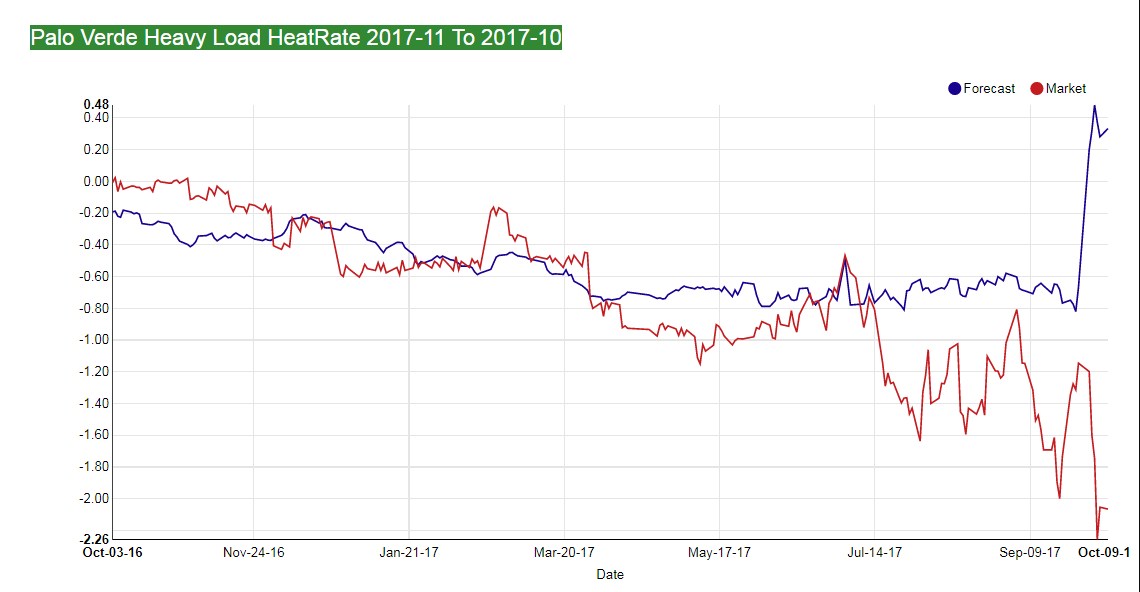 We discussed the crazy Palo settles late last week, and the term is taking notice, and now the roll to November (Prompt|BOM) is at a contract low. What do we know about Oct, relative to Nov, that would drive such volatility? A nuke is coming down, but we knew that two years ago on the very day the same nuke returned from its refuel. We know it’s warm for the next fourteen days, warmer than average, but it’s not hot, and the adjoining hubs are bearish, load-wise. Sorry, don’t get it and would fade that move. 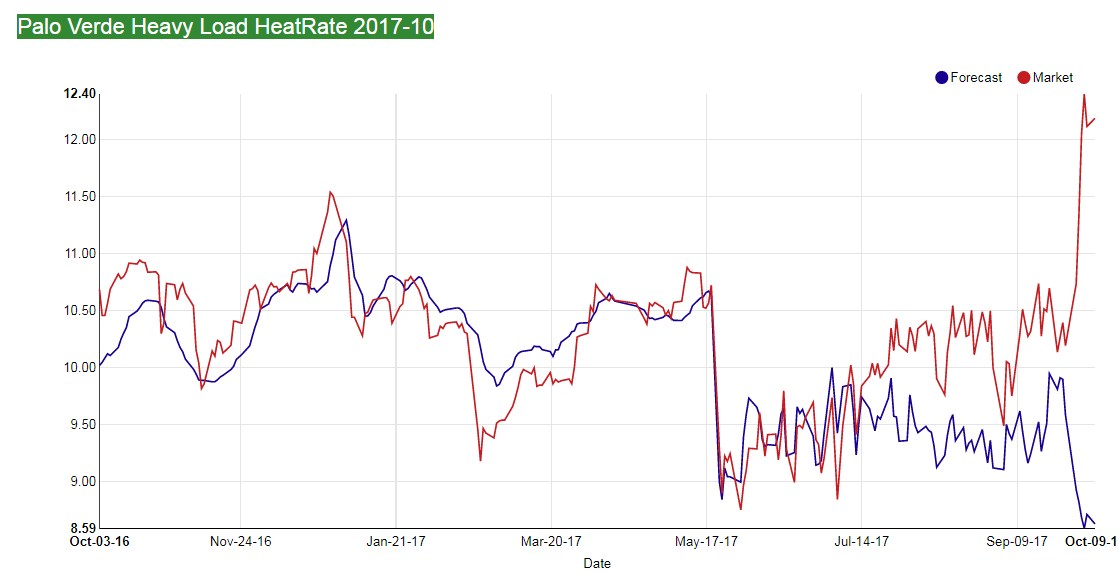 Same trade, this is just the outright, and we’d short it for the reasons mentioned above, though being of a cautious bent, we like the buying the roll more than outright selling, given the dearth of PV liquidity, you may have to just short BOM to get it off. 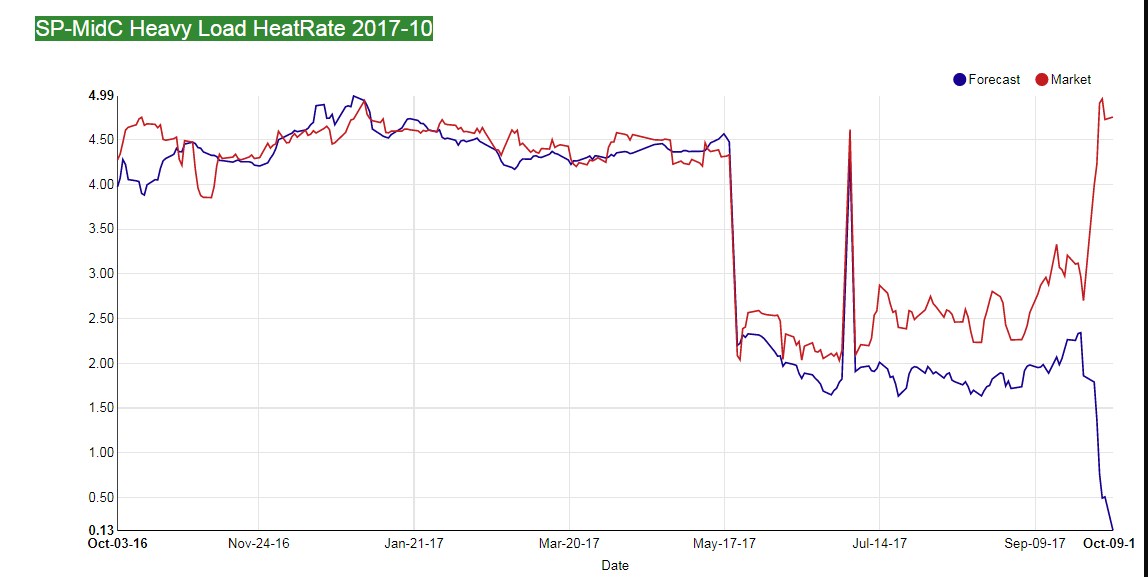 The spread to MidC has blown out (Same is true at NP), but we don’t understand what is different from last week? Sure, the RFC jacked more water into its forecast, and there is a bit more rain. It is almost like the market just realized the DC was going down. Perhaps this is in sympathy with the tight PV, but we’d caution against shorting BPA who is the master at market manipulation. They will find a way to keep the gas on the margin throughout the DC outage, so the question is how tight the ISO will be over the next four weeks?  Weather forecasts suggest it won’t be, we concur and would be happy to own this short. 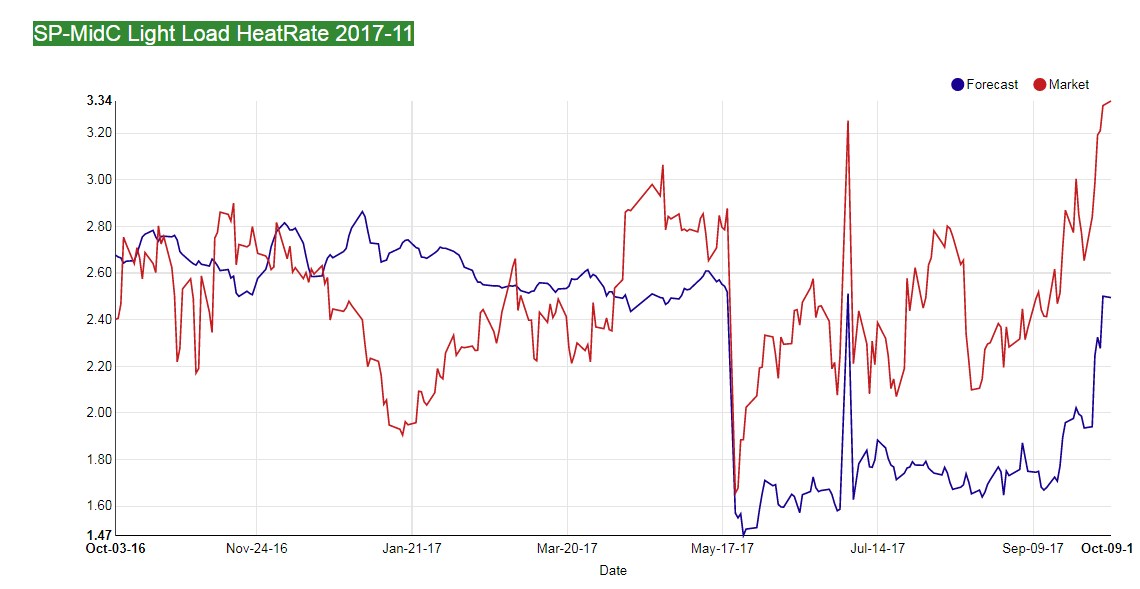 This is the prompt month spread for offpeak and has reached a contract high. Just like we’d fade the BOM HL, we’d sell this, too. At some point the ISO is going to be mired in too much length, too much renewable energy, and not enough loads, all the while it is sitting on five-year reservoir highs. Sorry, don’t buy it, sell it.

These are trades that were once in favor because of high ranks but Mr. Market reversed his blunders and now these are in the dung heap of lost opportunities, but still fun to look at. 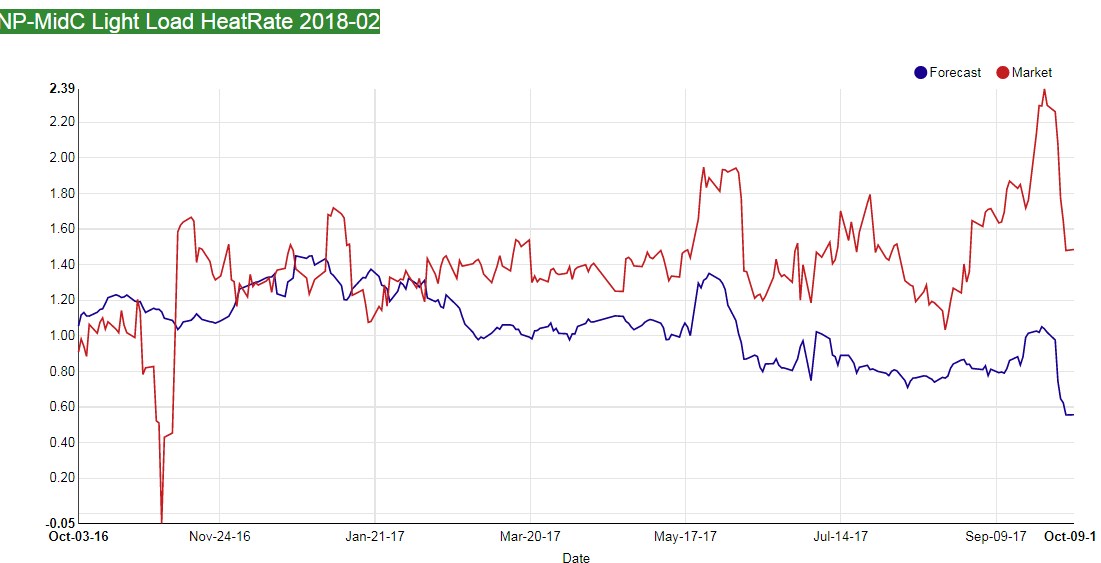 The market loved the Feb NP-MidC last week, now it is having second thoughts and looks like it just got a quickie divorce. For the bold, those that said NFW, you did well, for the rest of us, it is just an interesting chart. Would’ve, Could’ve, Didn’t. 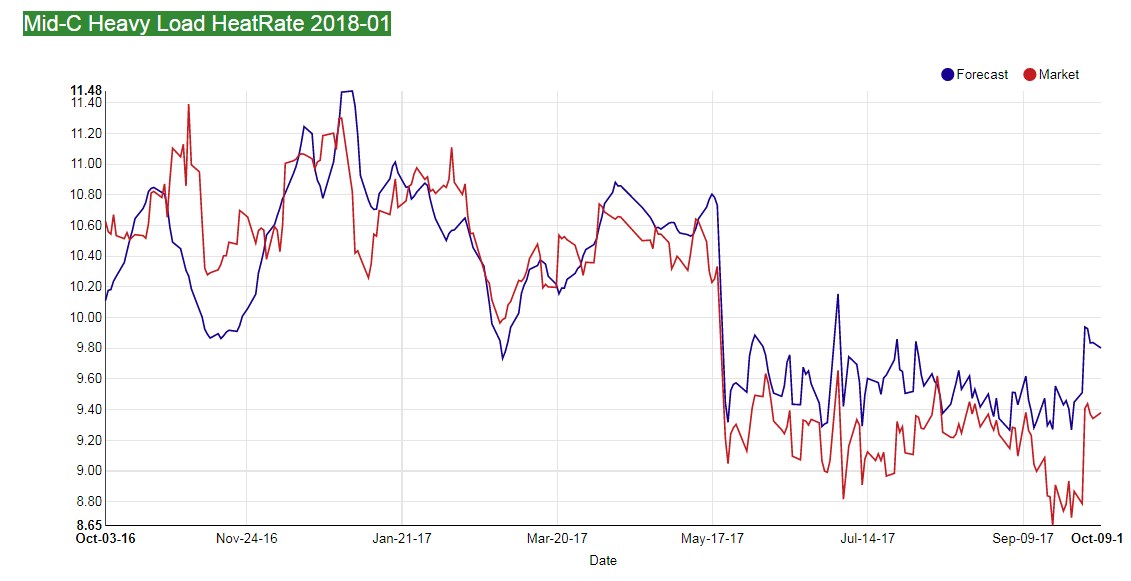 Mr. Market hated Jan MidC and pounded it into submission, or did it? No, after trading for two weeks at the bottom it bounced, now the Jan is mired in fair value and not worthy of a moment’s thought. 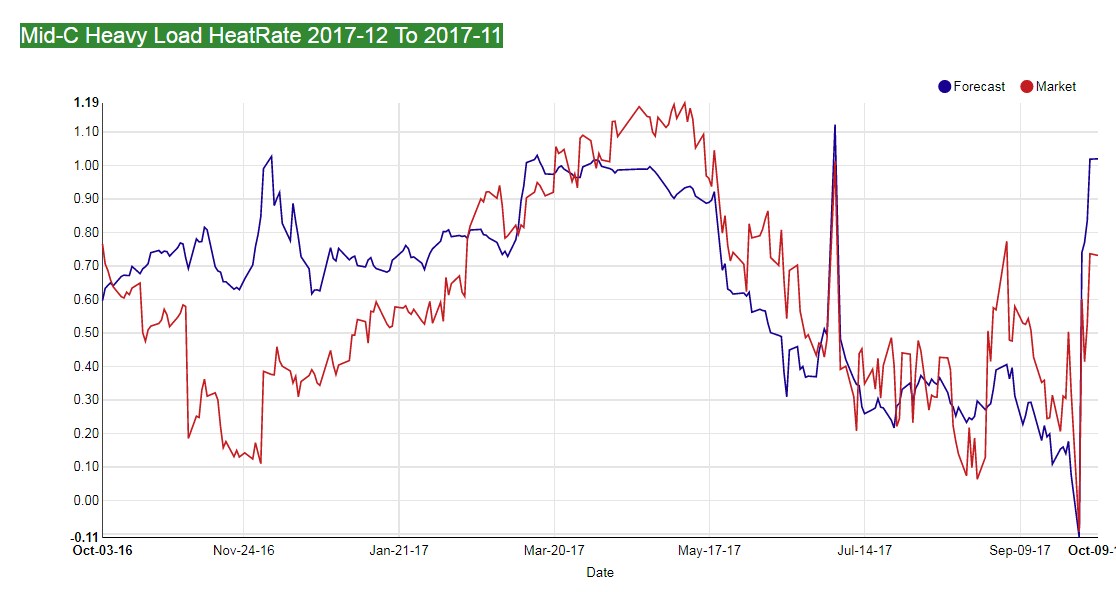 This one is nuts, the Dec-Nov MidC HL roll. That is some serious volatility and now the market loves the Dec and scorns the Nov, probably too much so and we’ll be watching to see if this infatuation continues, and if it does, we’d short it.