Before launching the back-end tirade let’s quickly look at some the fundy’s; we covered most of these on Monday, but there are a few changes which would affect how we’d time possible strategies. 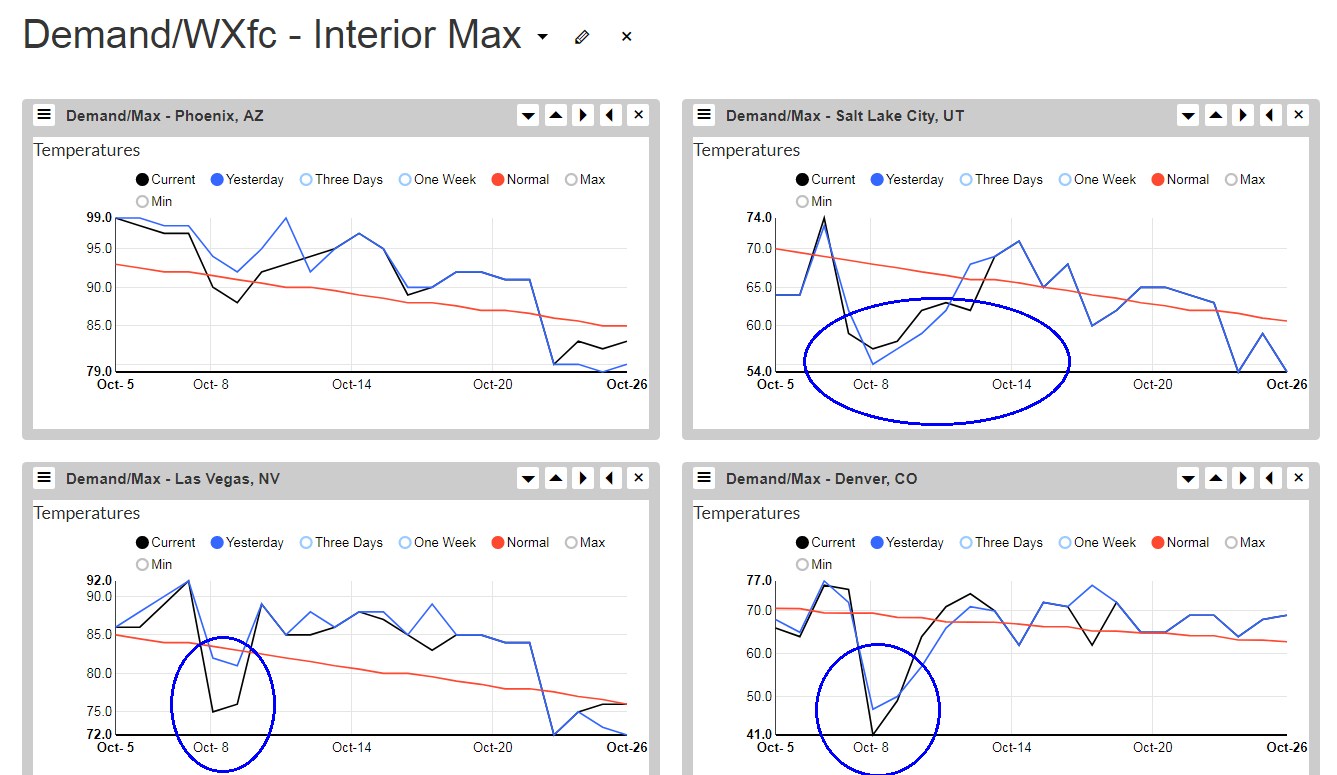 Phoenix took a turn towards colder; Denver is outright cold with its highs in the low 40s. SLC is cold too, below or just normal most of the next 21 days. The main point, no significant heat and PV loads are going to back down. That said, so will its available generation as the Southwest enters Fall maintenance. 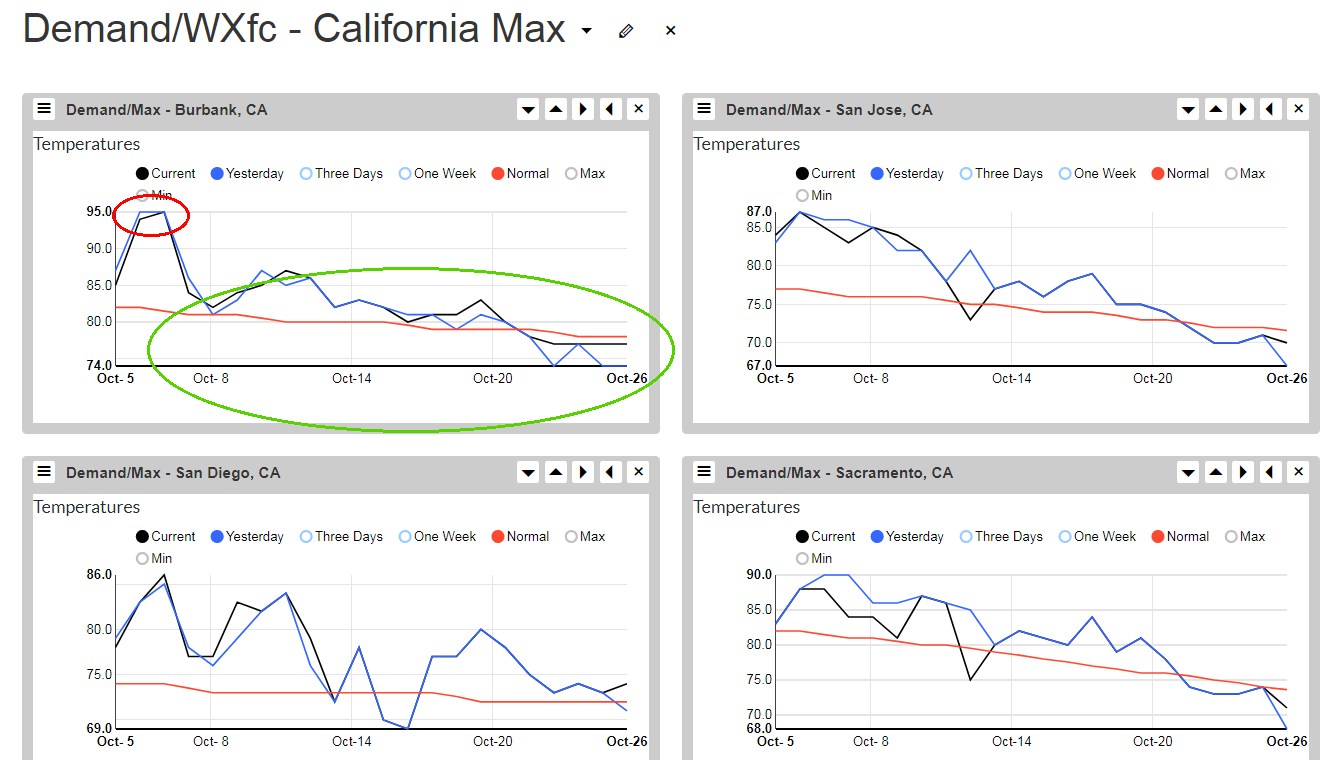 But it’s the ISO which will set prices until the MidC gets bone-numbing cold, and that is months away from happening, so it’s just the ISO. And aside from a couple of days in the mid-90s, the LA basin is poised to be a comfortable low-80s, and the Northern portion of the state is mild as well.  Call it not bullish, or mildly bearish. 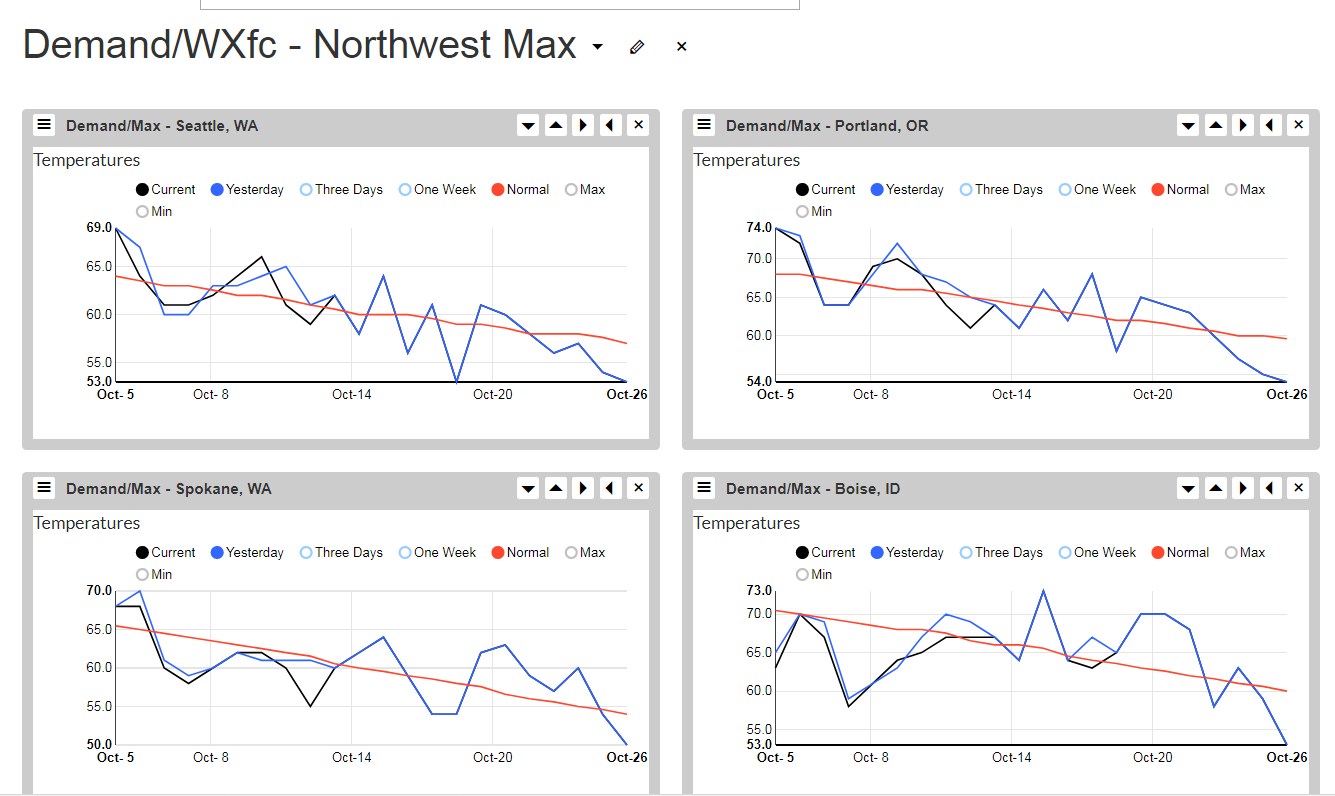 Call the Northwest comfortable, neither hot nor cold, as every day falls within a few degrees of normal. Call it also load-bearish, if you like. 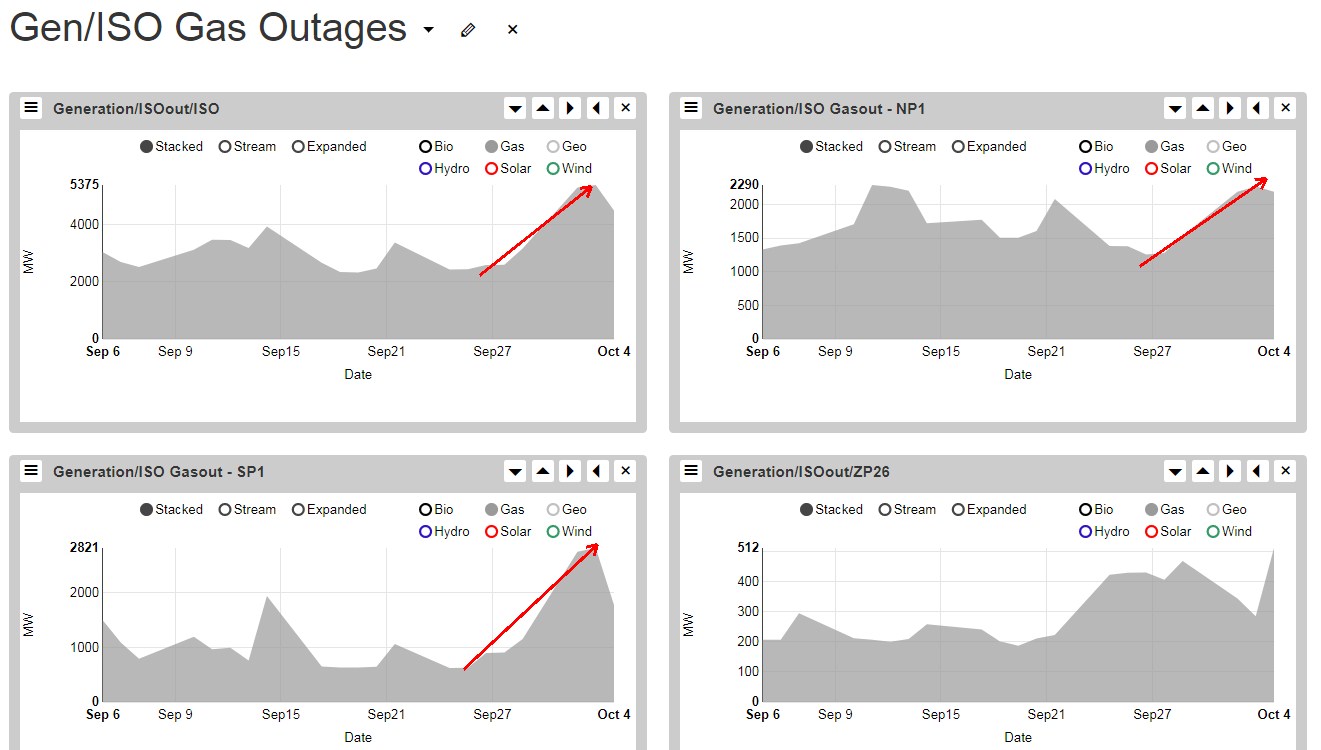 The ISO saw a surge of recent gas outages, but given where the hubs are at in their gas stacks, it doesn’t matter much: 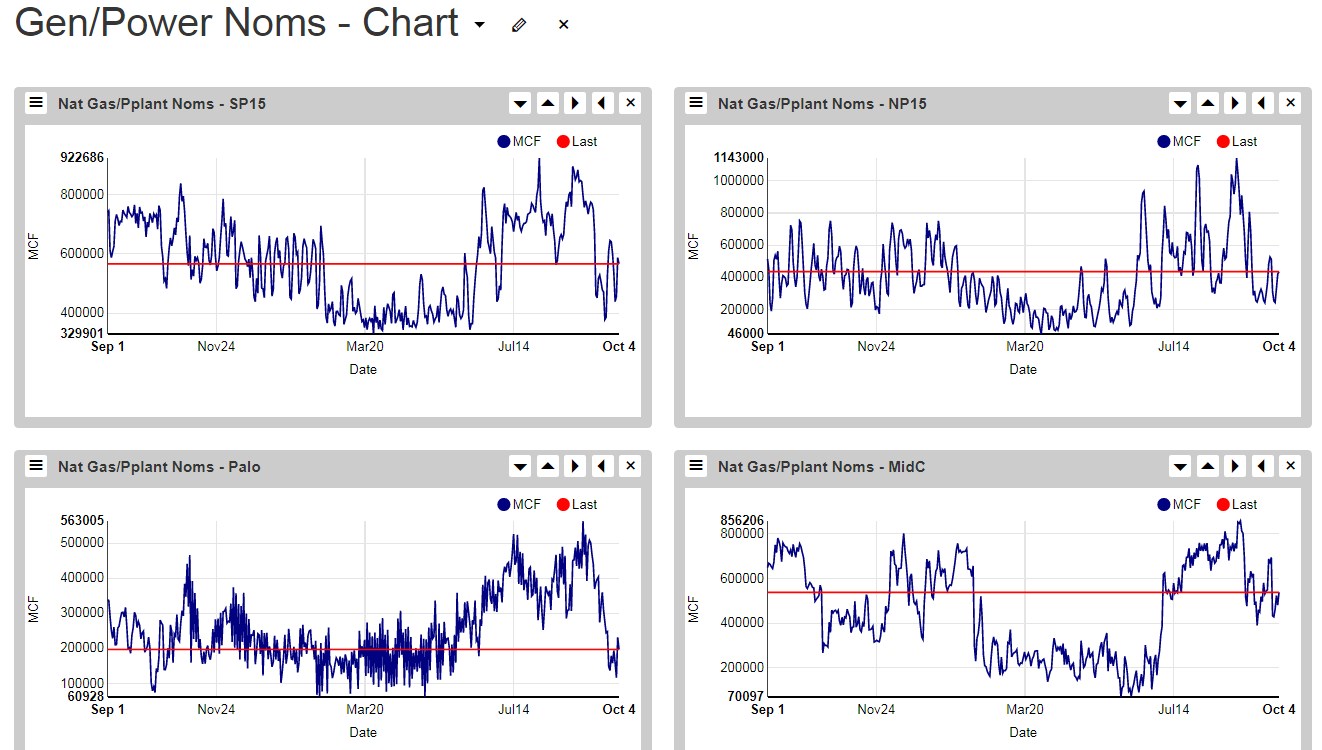 By next Monday, all the hubs will see lower lows; none will see big rallies.

Cash spreads to the Northwest are in the $10 range, and the SP-PV is starting to widen. Also note the collapse of the two Citygate prices, now trading at parity, which bodes bearish for the NP-SP.

A new development since Monday is the addition of a reasonably material precip event in the Northwest during days 15-21; still too early to bank on, but not too early to watch. This isn’t big, despite the chart; not big like last year’s 10″, but the storm will bring above-average rains, and be the first material snowstorm of the season in high elevations.

Water remains very tight in the Northwest, evidenced by Coulee drafting a couple of feet and discharge not moving.

One factor that isn’t bullish are reservoir levels; both BC and Cal are above normal, and the MidC is normal. There are lots of days left to work off this overhang, but full reservoirs are not bullish.

As cash rallied, so did exports to California. BC is back to its selling ways as it pushes an additional 600 aMW into MidC. That hub, MidC, also was seeking bids as it repeatedly hit TTC limits on both the DC and AC. Palo flows remain off from a few weeks ago but has ticked up.

Given nothing too startling, most of our recommendations won’t be driven by current fundamentals, they’ll be determined by what the market has done, and even more so, by what the market shouldn’t have done. More on that in a subsequent post …