The market hasn’t made a lot of big moves, week on week, but there are a few that caught our eye.

The above table is the APT sorted ascending on Rank. The trades that we like are low ranks and big WOWs. These are the ones that were not in last week’s picture, their ranks were too weak, but now have moved into the spotlight. The trades with good ranks and low WOWs have, most likely, already been discussed. These are also the range-bound trades that become black holes for VaR and your Risk Manager’s patience. 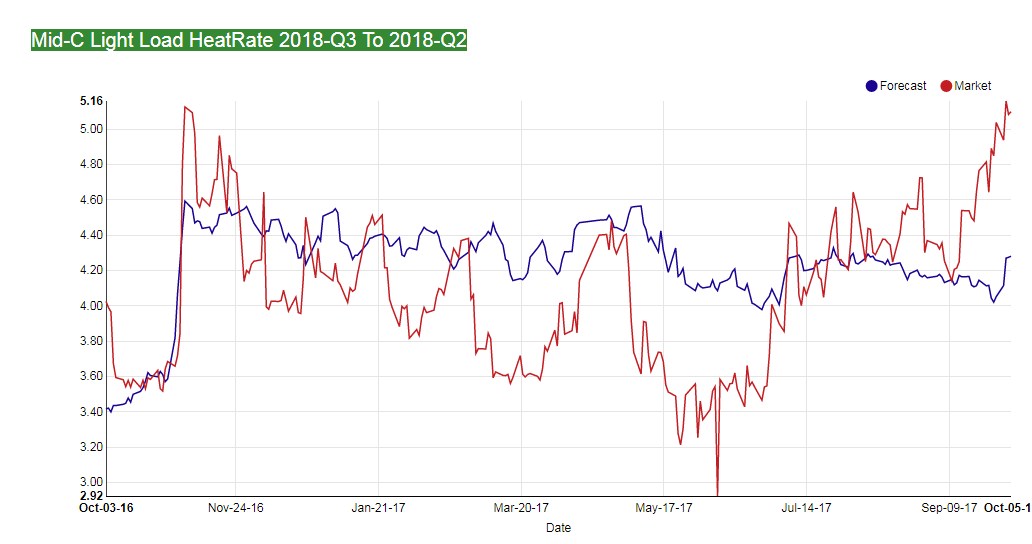 The market has taken a shining to owning the three over the two, all because cash in Q3-17 was so much tighter relative to Q2 cash. Well, of course, 2018 will be exactly like 2017, what idiot doesn’t know that.  But this is a Un Rocket Ship, do we dare reach out and short it?

The above comes from our APT backcast which is a programmatic summary of the last 28 APT releases and how they’ve performed.  Shorting the top has won 60% of the time (50 btu margin) while shorting after a high is reached, then come off, has won 62% of the time. Both pale in win/loss % when compared to the buy recommendations, all because we’ve seen a relatively rising market over the last month. Point being, the model is more right than wrong and if you apply just a tiny piece of your trader acumen to these robotic recs you’d make even more.

But back to that roll, we’d short it. 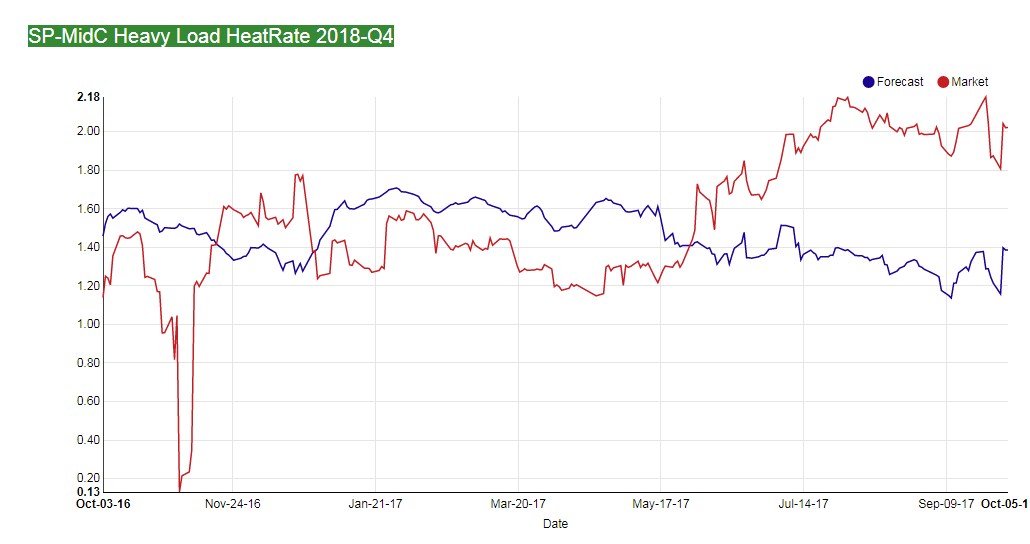 We don’t really like this trade, but wanted to point out why its WOW was so wow — all off of this week’s rally in the Q2-19. When the market is somewhat moribund, as it is now, smallish moves in one particular product can trigger WOWs that aren’t “wow”. SP has been everyone’s one true love for the last four months, at some point she’ll start looking worn out, haggard, and you’ll wake up one morning and start gnawing off your arm to get away, without waking the beast. 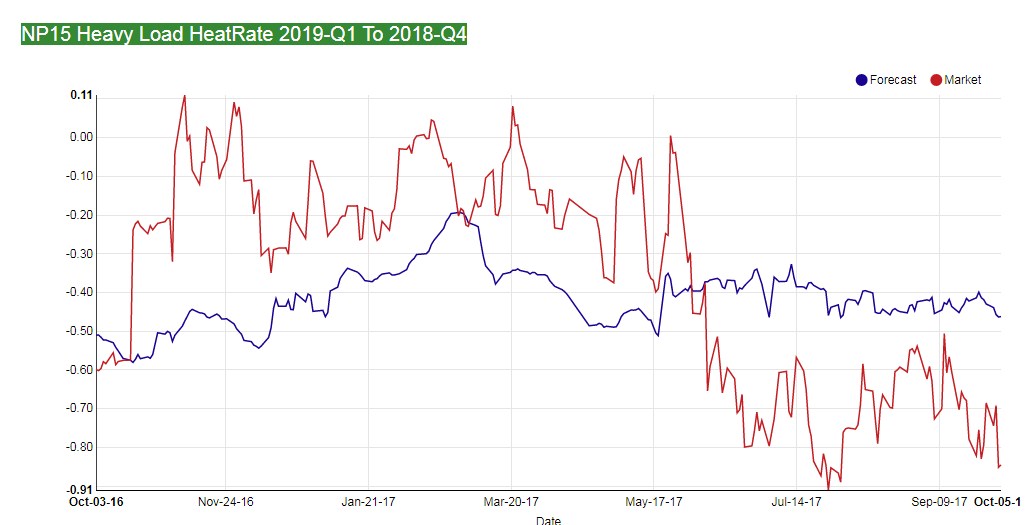 This is one of those “look busy” trades that you can actually make money with. Go long as it approaches its contract lows, then sell it a few weeks later; it is now approaching one of those lows.

In trying times, such as now, we have to look harder for ideas.

Sort WOW descending to do that and you end up with the biggest moves (week-on-week) at the top. A few of these we reported in the above discussion, the ones circled warrant a comment. 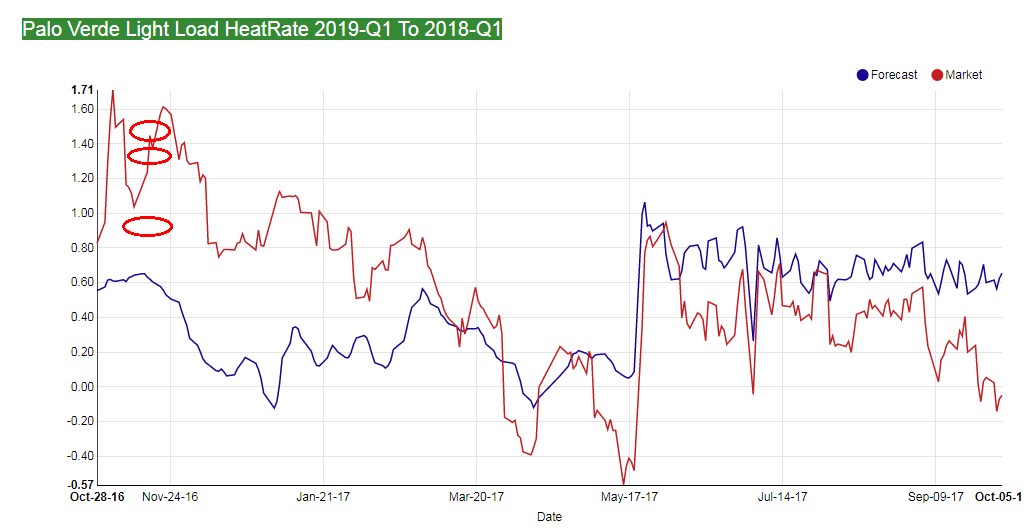 Though the Rank for this roll is not that high, it is still interesting. The market has increasingly fallen deeper in love with 2018 while scorning the following year, 2019. Back in the day, we had a thing called Contango; I guess that has fallen by the wayside. Really not sure, fundamentally, what would change your sentiment, in the last few weeks, on 19 vs. 18. 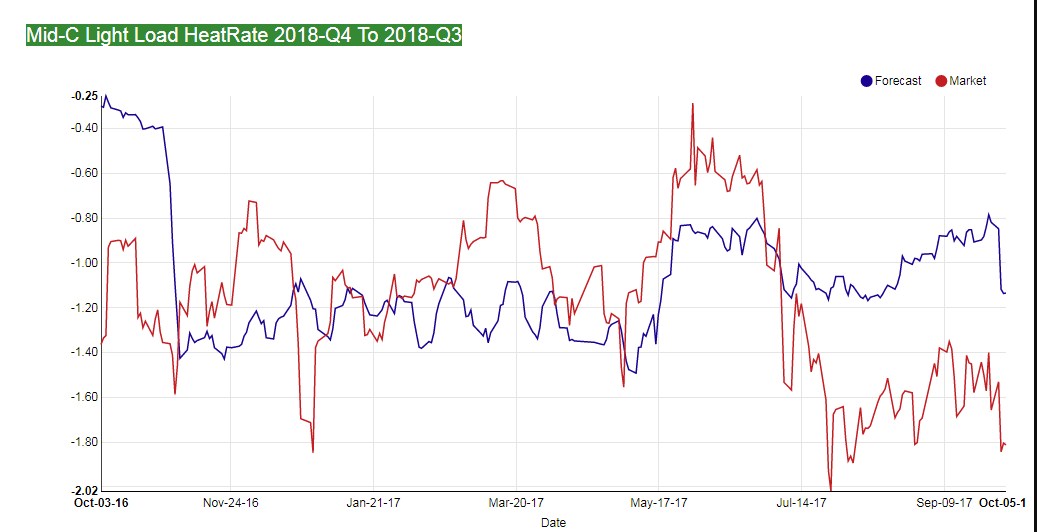 After a strong summer, Q3s everywhere realized a paradigm shift, all at the expense of their adjoining Qs; in this case, the Q4. We’d caution against believing that too much, a snappy cold event in the Northwest may change everyone’s relative sentiment regarding the four vs. the three; this one is cheap and should be owned. 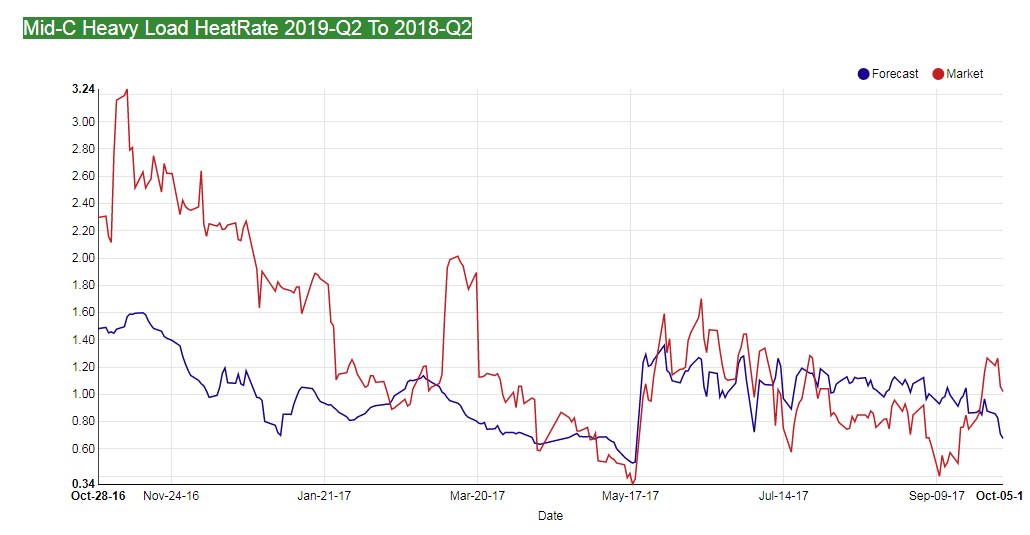 Another year-on-year roll and the market got bid crazy over the last three weeks, then reconsidered. It is still probably a shade on the rich side, and I think we talked about this last week; we’d be inclined to stay short here.

We’re not done yet; the following table is the mirror of the second table, this is WOW sorted ascending, and can be considered the Trash Bin of trades; the ones you sit around the bar, after work, and say “dang, I should have done that one” 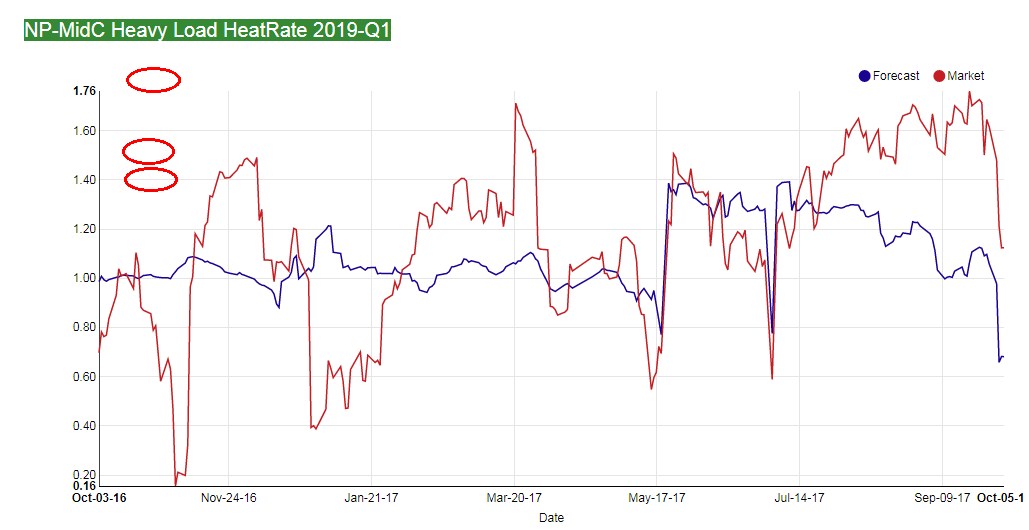 No kidding, market all of a sudden started loving the MidC or hating the NP, long time.  All of this volatility in a strip that is 15 months to delivery. Huh? 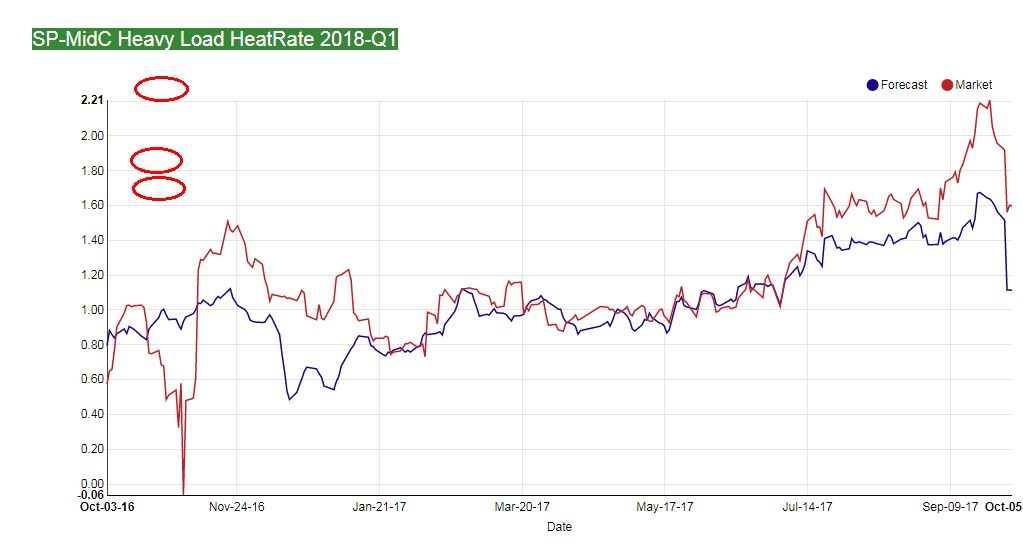 Closer in, the SP-MidC Q1 spread has seen similar downward price movements and tanked after reaching stupid highs; now it is fairly priced, and you either made your bank and are laughing, or you need to look elsewhere because this one is said and done. 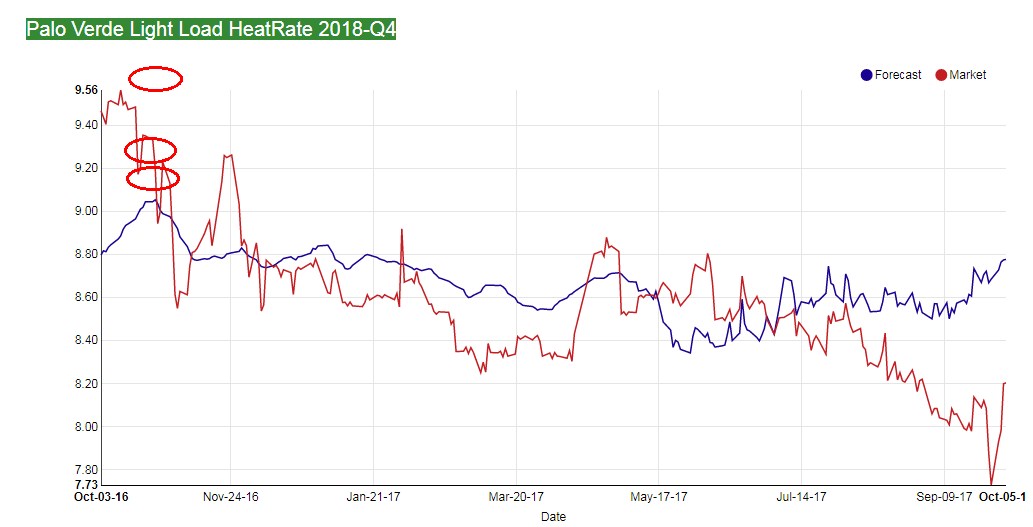 Wow, there is some more crazy moves, this time in Palo Q4. Now that it (the market) did that, this trade should go into your scrapbook of opportunities missed.