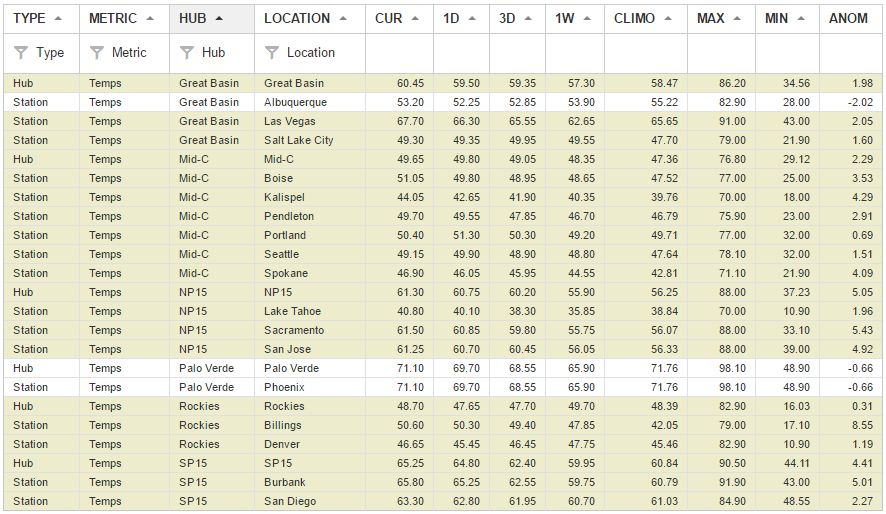 While the current NP-15 forecast suggests a peak on the 1st at 77 degrees (10 degrees above normal), the following day could actually set a ten-year record at 75 degrees.

No records are expected to be set in SP-15 in the foreseeable future (though today should come within a degree), but max temps will be above normal through April 8th, and each day will peak well within the 70’s.

Much like NP-15, SP will also have above-normal minimum temperatures for the next couple weeks.  Minimum temps are forecasted to peak on the 5th at 57 degrees, nearly 8 degrees above normal. 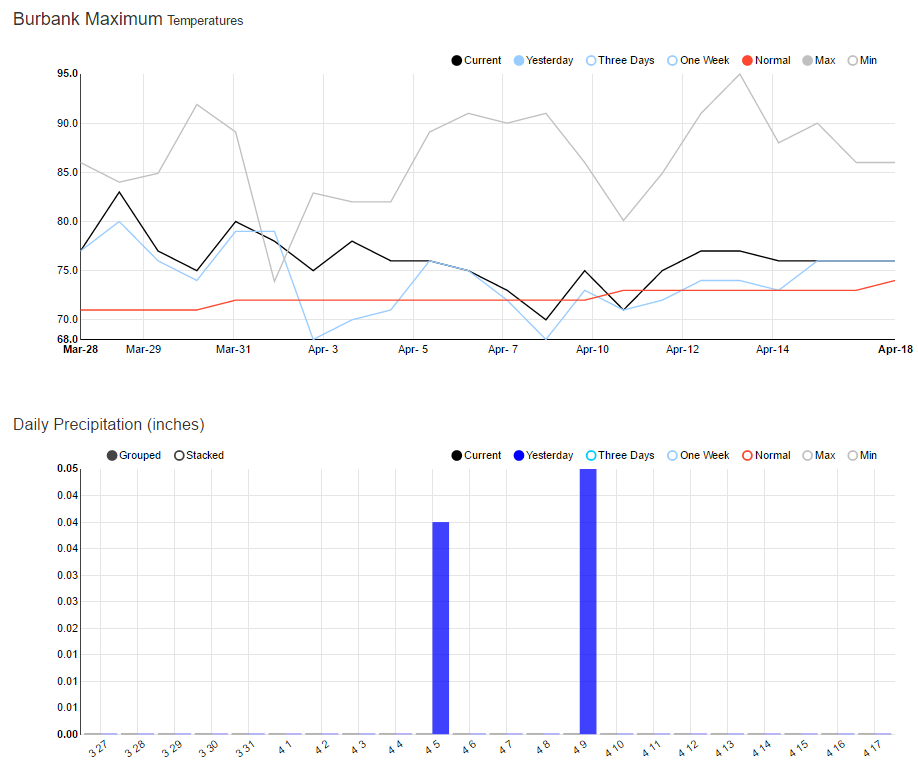 Taking a peak at a less aggregated scale (hub-level) with Burbank and you can see that while temps will be well above normal when averaged, the overall weather will be relatively mild with just a single day forecasted above 80 (tomorrow at 85) and virtually no rain in the forecast.

Grand Coulee dropped to 50% of capacity  since the weekend after decreases leveled off for most of last week (capacity remained at 55% from the 13th through the 21st). 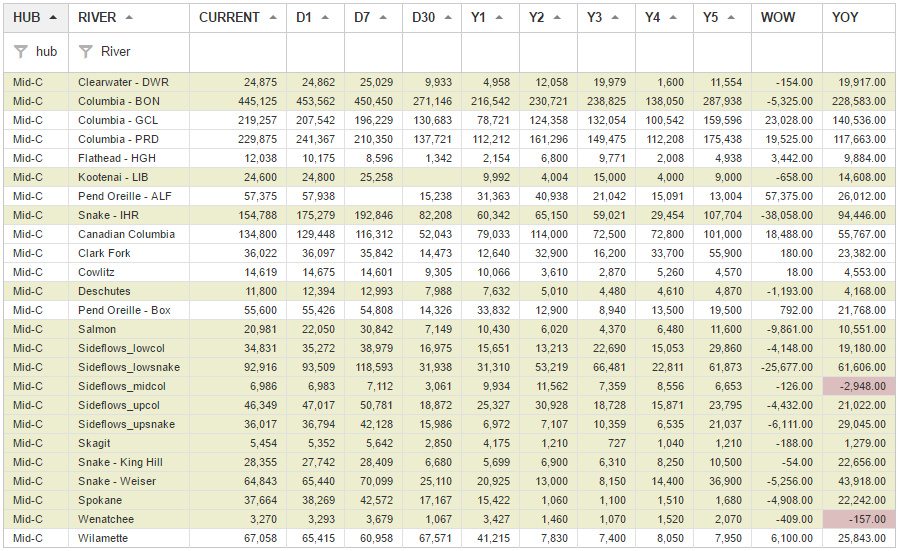 Just one of the 25 hydro basins are reporting under 100% of normal thus far into the snow year — Pend Oreille at 99.28%.  NP and SP basins still sit comfortably above normal as each have basins north of 200%.

The 10 Day River Forecast is showing a slightly lower forecast on the 31st and 5th compared to yesterday, but otherwise increases across the next 10 days.  Tomorrow could reach 27,913 MW, the highest in the forecast as each of the following days is showing decreases. 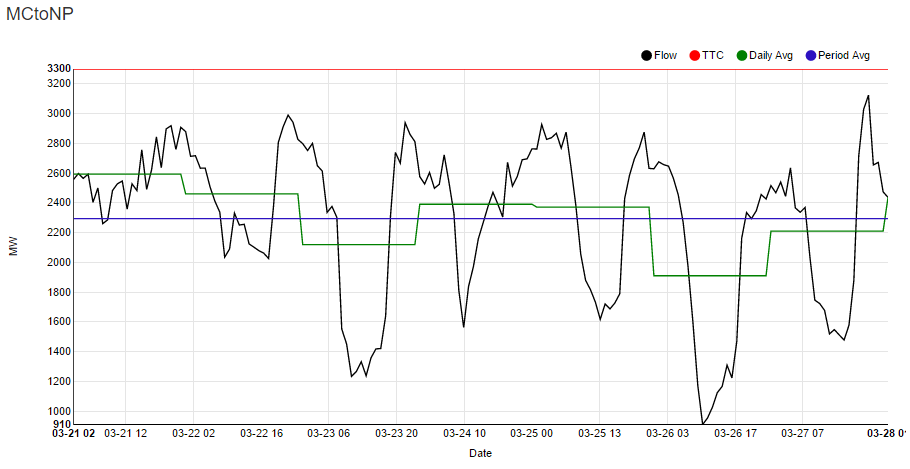 No changes in TTC as it has held steady at 3300 MW for the last week.  Flow has moved quite a bit over the last couple days after hitting a low on the 26th at 910 MW, and reporting a high of 3124 earlier today.  The seven day rolling average is currently at 2294 MW. 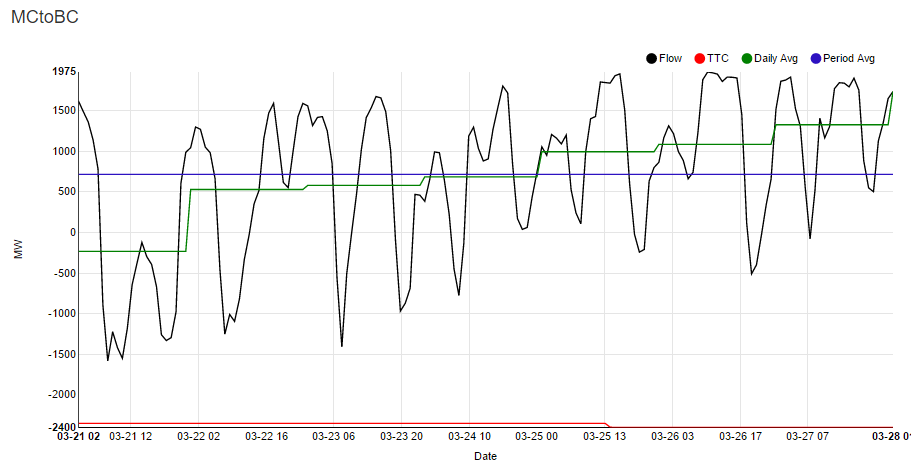 Just a small uptick in TTC on the 25th as it increased 50 MW.  Flow has made a steady increase in daily average each of the last seven days finishing at 1326 MW yesterday, up from -233 just six days before.  The weekly average finished at 715 MW.