All gas hubs are down day-over day other than Stanfield which gained a penny overnight.  SoCal Citygate had the largest drop at $0.06 while the others fell within one to four cents. 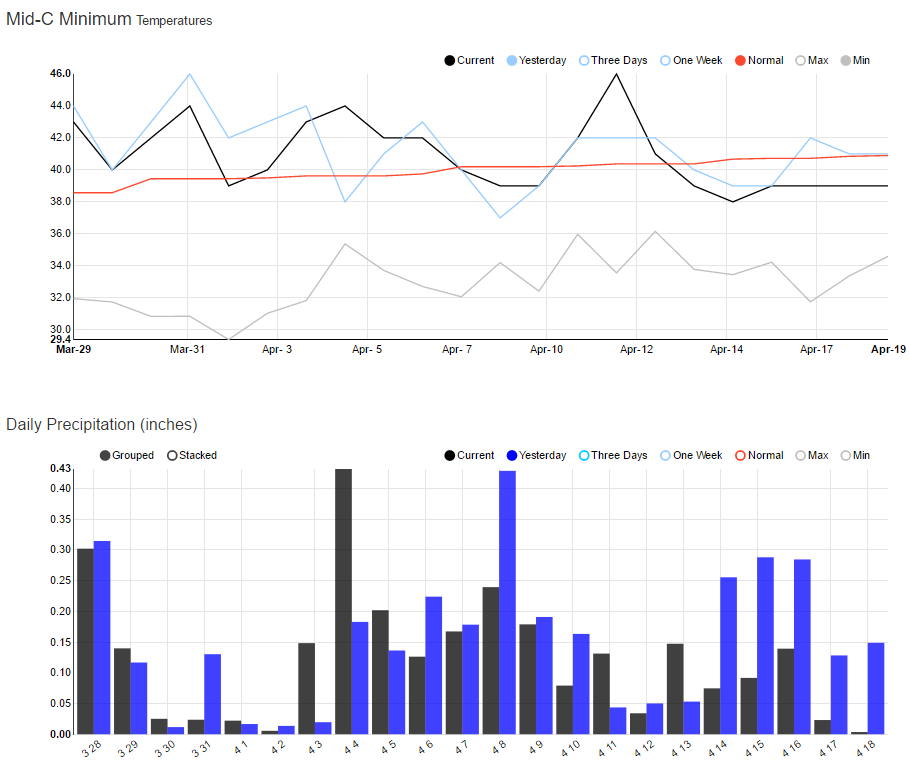 Aside from a brief dip on the 2nd, Mid-C min temps are forecasting above normal through the first week of April with the greatest anomaly on the 1st at 5 degrees above normal.  There should be heavy precipitation through tomorrow, enough to keep the rivers and streams flowing strong.

Phoenix is forecasting a quick cooldown on Friday at 72 degrees, nine degrees below normal, before returning to the low 80s.  There’s potential for 90+ degrees the 7th which is acting like a harbinger for warmer weather through the following week.

Billings weather isn’t exciting in terms of load, but it’s a good insight in how some of the snow pack in the Eastern Rockies might be impacted.  Billings is set to get more than a week straight of much higher than normal minimum temps with a peak tomorrow at 44 degrees, 14 above normal.

Max temps aren’t quite as dramatic this week, but late next week has the potential to set a new 10-year high as the 6th is forecasted at 71 degrees, 17 above normal.

California continues to forecast above normal temps over the next ten days as both SP and NP show 4+ degrees above normal for average temperatures.  Palo Verde has the coolest anomaly over the same span of time, thanks in part to the previously noted cool temps on the 31st. 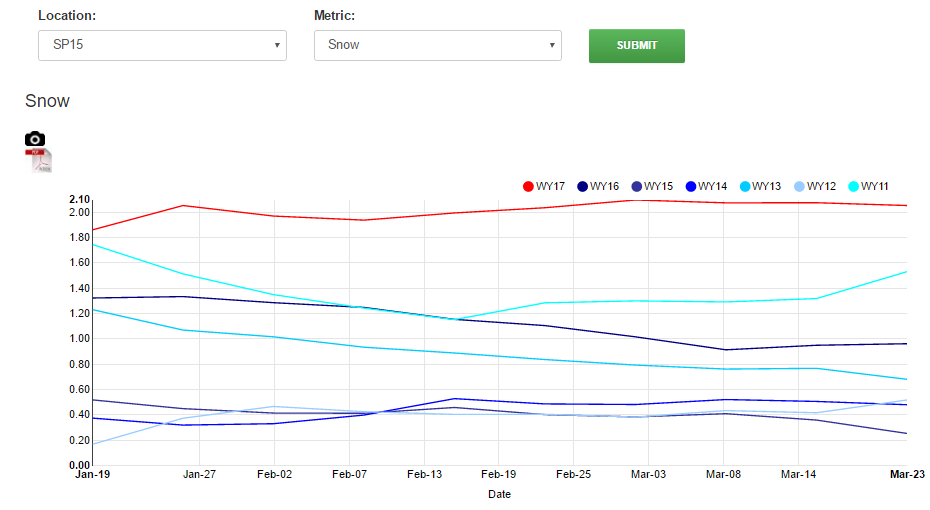 SP-15 has been hanging on to its 200+ percent of normal since mid-February, though we are starting to see signs that it will likely drop below that level soon.  The snow anomaly decreased 3 percentage points last week.

Meanwhile NP15 maintains its massive snow year as well, though not quite to the same extent.  While its still much larger than any other year this decade, there has been a bit of convergence with 2011 over the past week.

Checking in with Mid-C and you’ll notice moderate week-over-week decreases to snow supply.  Oregon West and Spokane saw the two largest drops in snow (-25.8 and 16.7 percentage points, respectively).  Likely not a surprise, but no basins added to their pack compared to last week. 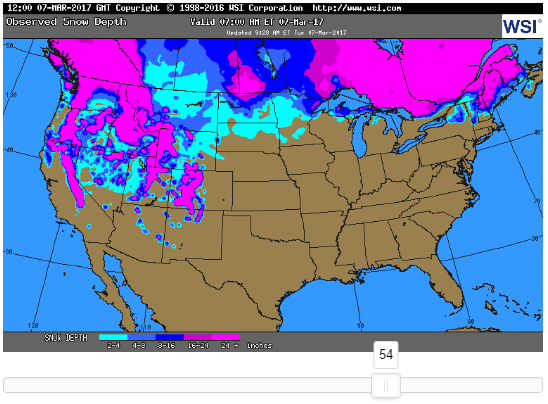 In case there was any doubt how much low-level snow was removed over the past three weeks (or how much remains today) in Mid-C, compare the map above (Mar-8th) to the map below (Mar-29th). 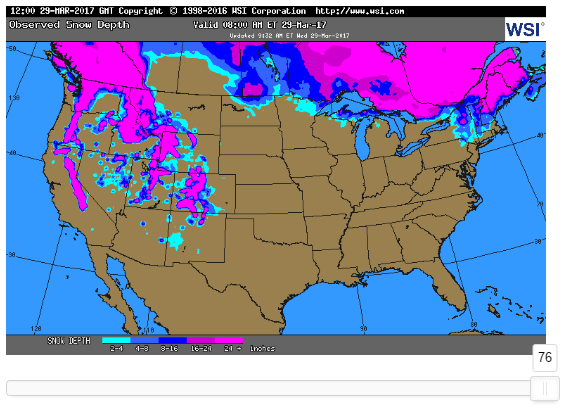 It’s safe to say a lot of the current run off has been fueled by the low level snow we preached about through most of February.  While the snow pack has taken a bit of a dent in the mountains, the vast majority remains.

As Mid-C dives head first into spring, year-over-year demand is aligning much closer than it did over the winter as most of last week’s loads were fairly even with the prior year.  Yesterday was an exception however as demand was down nearly 1800 MW, while  loads were also down 582 MW week-over-week.

Unlike Mid-C, there is more of a noticable year-over-year difference in demand in NP-15.  Loads are almost virtually unchanged week-over-week as there was just a decrease of 11 MW.  Yesterday marked a change in annual demand of 190 MW.

Mid-C wind generation peaked at 3594 MW late on the 27th which marked the second 3000+ MW generation day in the past seven days.  The wind began in the first couple hours of the 27th and lasted through much of yesterday.  This weekend and much of next week are forecasting heavy wind potential as well.