As some, perhaps most, know the Bureau of Reclamation has elected to perform work on the Grand Coulee’s drumgates. This decision has the following impact on the markets: 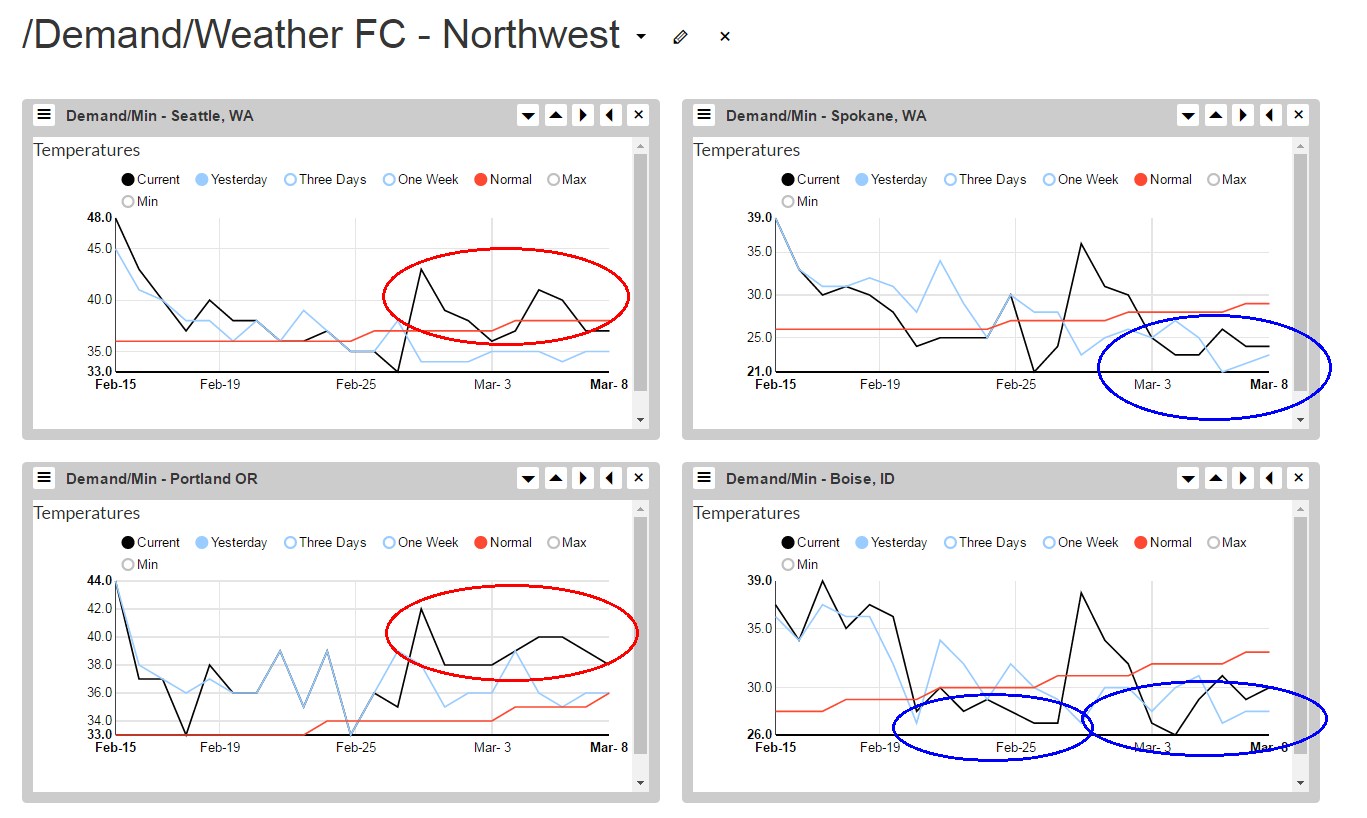 The Northwest will cool off from recent levels, but both Seattle and Portland are warmer in today’s forecast (days 10-21) than yesterday. Boise and Spokane are a shade cooler. The latter two cities would normally be ignored in a demand forecast, but it’s the low-level snow inundating the inland northwest that has become an important variable. When that melt takes place will determine how low this shall go. For now, it’s too cold to melt much and based upon the above won’t melt anything in a week. 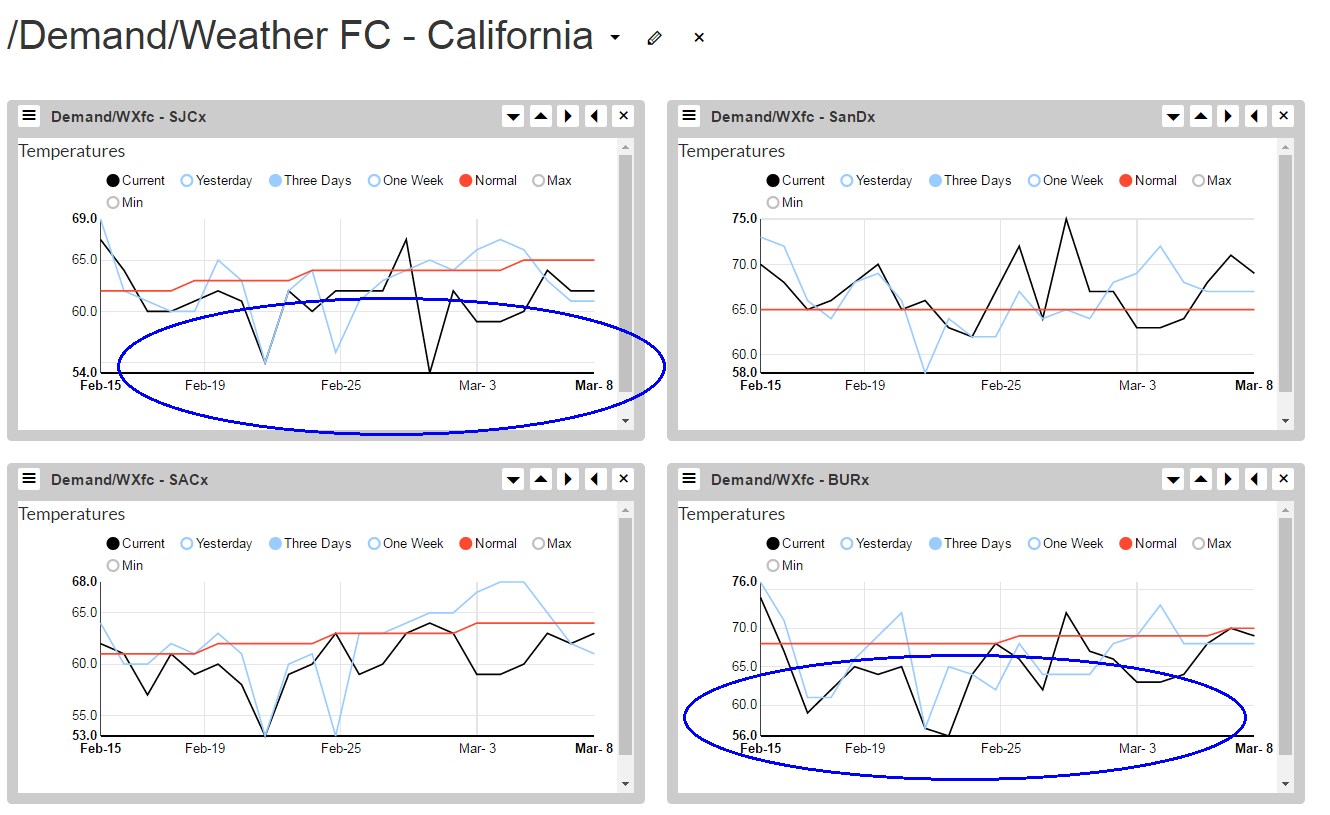 Burbank is downright chilly (and wet); good for some HDDs but we’re sure the Angelenos are dreaming of sunshine and are sick of their answered prayers. 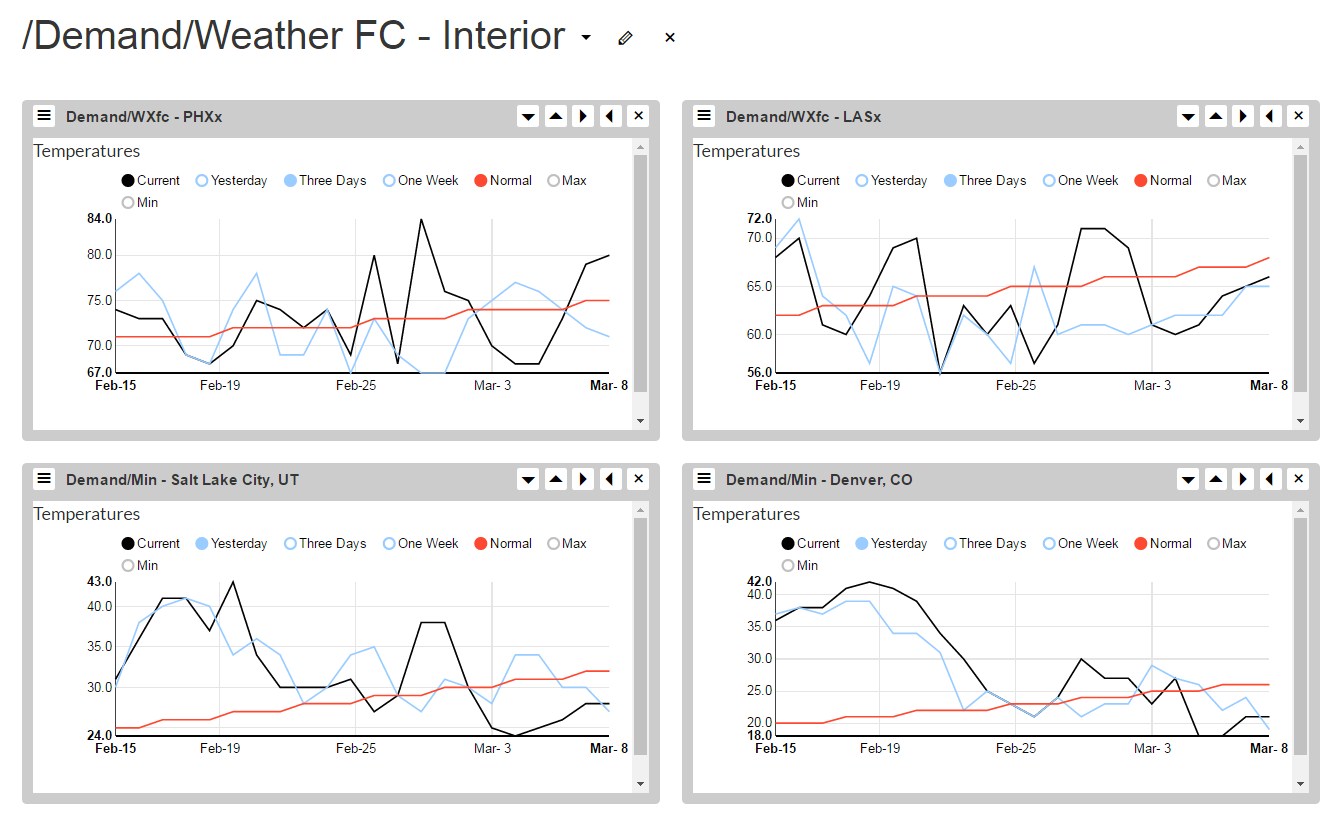 Phoenix plays in the 80s for a day or two but mostly just normal; Salt Lake and Denver are very warm now and heading back to normal which will increase loads.

MidC’s HL loads are off about 900 aMW, week on week, but note that every day over the last two weeks its hourly loads are higher than last year. Everywhere else is just normal.

If you’re hoping for a big freshet in Feb, forget about it. Kalispell hit single digits and Spokane, and Boise are in the mid-20s; nothing is going to melt, or not melt fast when it re-freezes at night. We’d like to see lows in the 40s and highs in the 60s, then things would get interesting, but despite these rather chilly “warm” temperatures, a freshet of sorts has started.

Flows out of Arrow have fallen off a cliff, down to 17kcfs yesterday and just part of BPA’s plan to evacuate another 23 feet out of Coulee – there is a method to their madness. Show us those 60-degree highs in Spokane, and their method becomes maddeningly difficult, but we don’t have that, we have a reversion back to cold.

While Arrow backs off, BON surges to 230 kcfs, mostly off a robust Snake River which has doubled in the last week; with a cooling trend those flows will back down, we think. California, not much to say, the evening news is reporting their full rivers and crumbling dams, we’d just be repeating them. But we do have to say …. 78,000 CFS on the Sacramento. WOW

Earlier we mentioned the first freshet, check out the flows on the Spokane, they’ve doubled, and it’s not even that warm. When it does warm up, we might see 40000 on that project. Finally, look at the MidColumbia Side Flows -a paltry 1kcfs; that index crests in the 40-50kcfs when it trips; hasn’t even started to think about melting, but it’s coming.

Where Monday’s forecast for the northwest precip was bare and dry, today’s has a new storm system developing. Too far out to bank on, but it’s not dry like it was on Monday.

California has been bogarting most of WY17’s rain, and they continue in their stingy ways; both SP and NP are projected to be splashed with another three inches. One for the record book.

Yesterday’s APR-SEP water supply was 98% of normal; the flood control used 94%. More telling is the massive amounts of low-level snow in the Mid-C interior, which we don’t believe is reflected in the above number. Water supply is based upon high-elevation snow pillows; there are no low-level snow pillows. Most of the interior Mid-C has parked the last two months of cumulative precip on the ground, all waiting to be released once it warms up.

Our point in this rambling babble is we think this water year is bigger than the govt does and we don’t think the current flood control drafts are adequate and should be revised to a deeper draft. So though April today has no draft we think it will, or should. We also believe that the first freshet is going to be big and of long duration and BPA won’t be able to catch any of it in Coulee, all will have to pass through, or over, the project.

Meanwhile, the RFC continues to pour more water into its ten-day forecast; now all days are up another 1000 aMW from Monday’s STP. 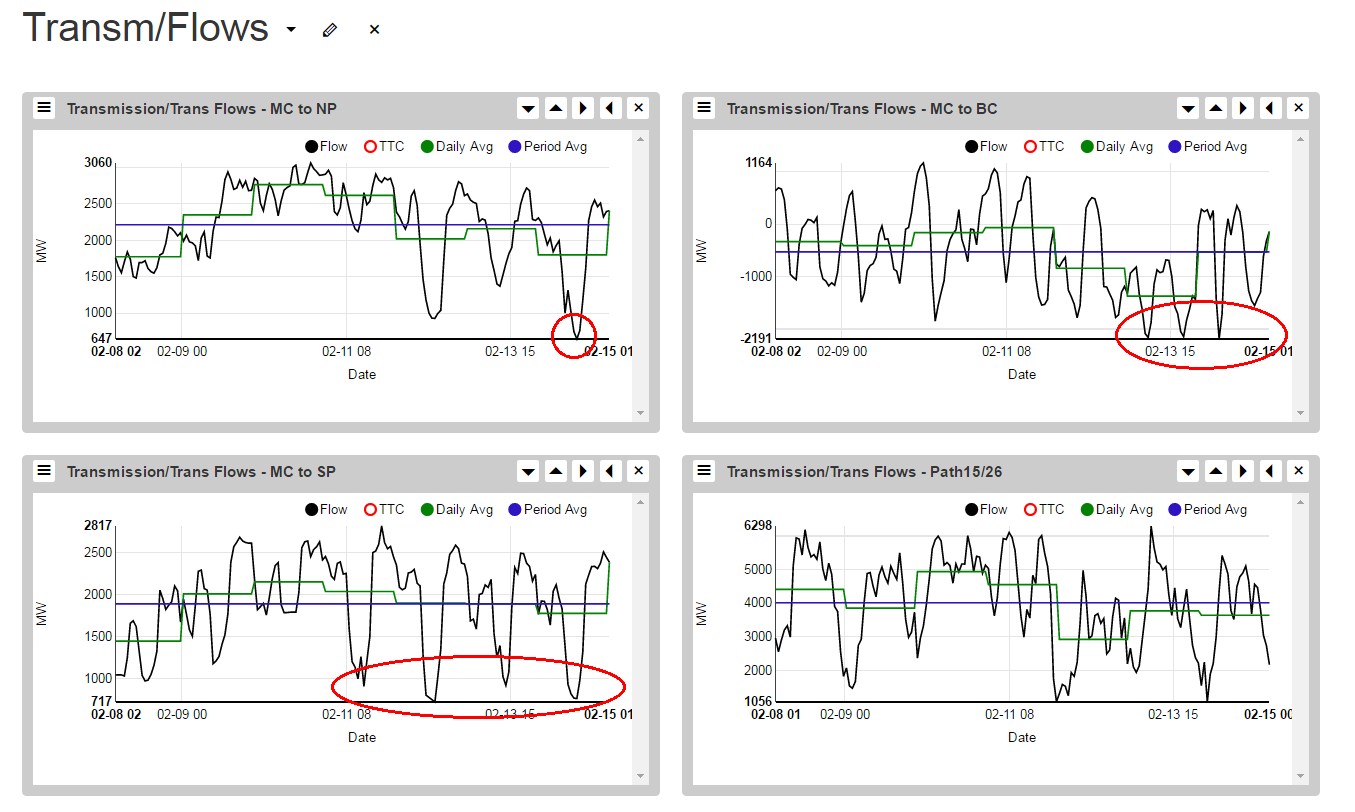 We noted more outages on the AC today; cuts on top of cuts; now the line is derated to 600 MW for a few hours.

Both MidC and SP15 see a surge in gas noms over the last couple of days. The other hubs – not so much.

Lots of new gas outages in the ISO, led by the beast called Ormond Beach. These are offset by a few returns: