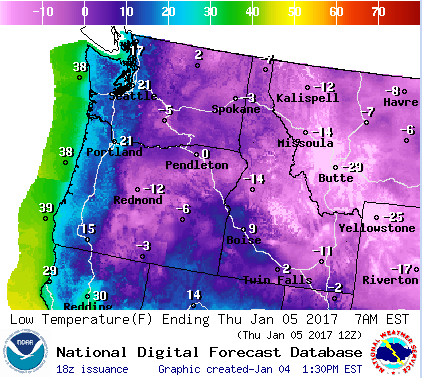 A quick look at tonight’s lows suggest that no one in the northwest will be spared.

Today and tomorrow should mark the floor of the current cold front before temperatures slowly start to creep back to normal over the next week.  Aggregate Mid-C minimum temperatures are forecasted at 15, and will remain below 10-year lows until the 7th of January.  Today’s forecast differed from yesterday in that the cold front was essentially extended for another day.

Portland will hit its coldest temperature tomorrow, though today will be bitter as well.  Tomorrow’s minimum should be 10 degrees colder (16) than the previous 10-year low, and has a great chance of breaking the all-time daily low of 19 set back in 1982.

Slightly different story in Seattle where temperatures will begin climbing back to normal beginning tomorrow.  Today’s low should be 9 degrees below the 10-year minimum, though it will not touch the all-time low of 14 set in 1950.  Temps should cross back over normal by the 7th. 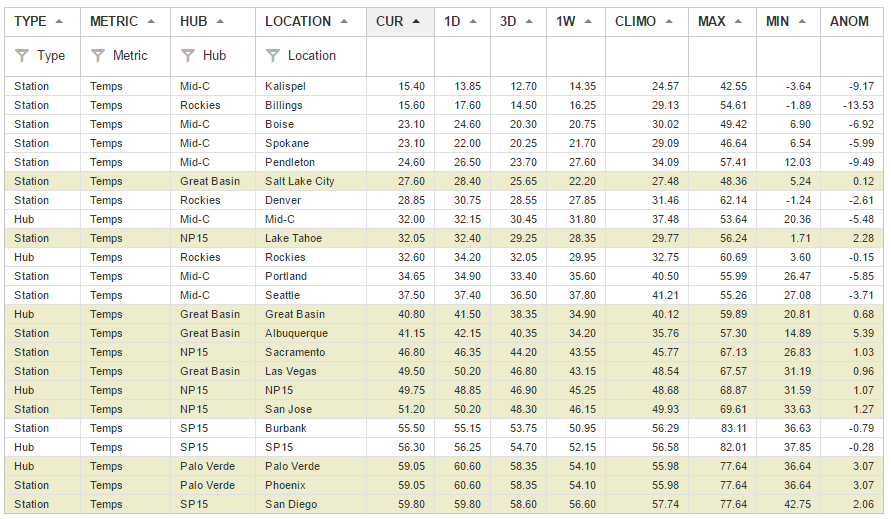 Just to further illustrate who’s being affected by the cold, we can take a look at anomaly temps from groups of cities in each hub.  It’s worth noting that no cities in Mid-C or Rockies have temps above normal, while the majority are well below normal, by at least several degrees.

With Mid-C at all time lows in many cities, it’s worth taking a peak at ISO prices.

Looking back from late afternoon yesterday through this morning we don’t see any blowout prices.

Focusing on just the past couple days, you can quickly see demand growing in Mid-C, especially compared to last year.  Loads hit a peak of 32,662 ME yesterday afternoon, an increase of more than 4,000 MW over last year. 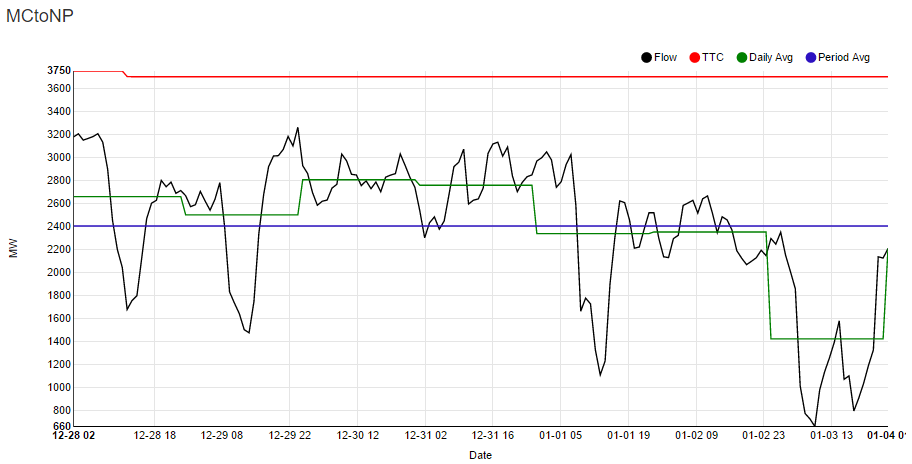 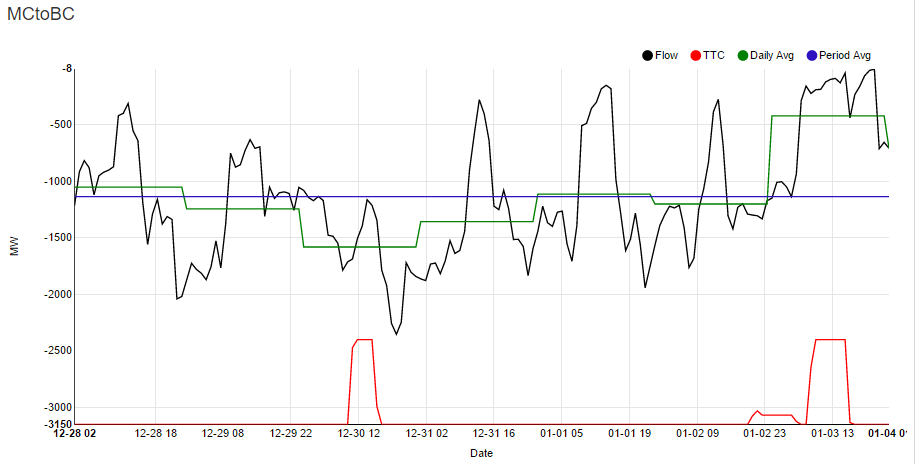