It’s official …. Summer is over, at least for the northwest, but  The LA basin looks to enjoy another heat wave this week:

That is nearly 8 degrees warmer than where we left things off at on Friday.  I had suggested coming out of the Oct SP-MidC length last week, in light of where cash may trade this week you might want to hold on to that length, or hold off on shorting, as cash may support those positions:

The forecast is ticking up, the market is topped out, but wouldn’t be surprised to see it rally in sympathy with late week cash – though that would be an opportunity to sell (see below).  Northwest loads are sideways to off a touch from a week ago: 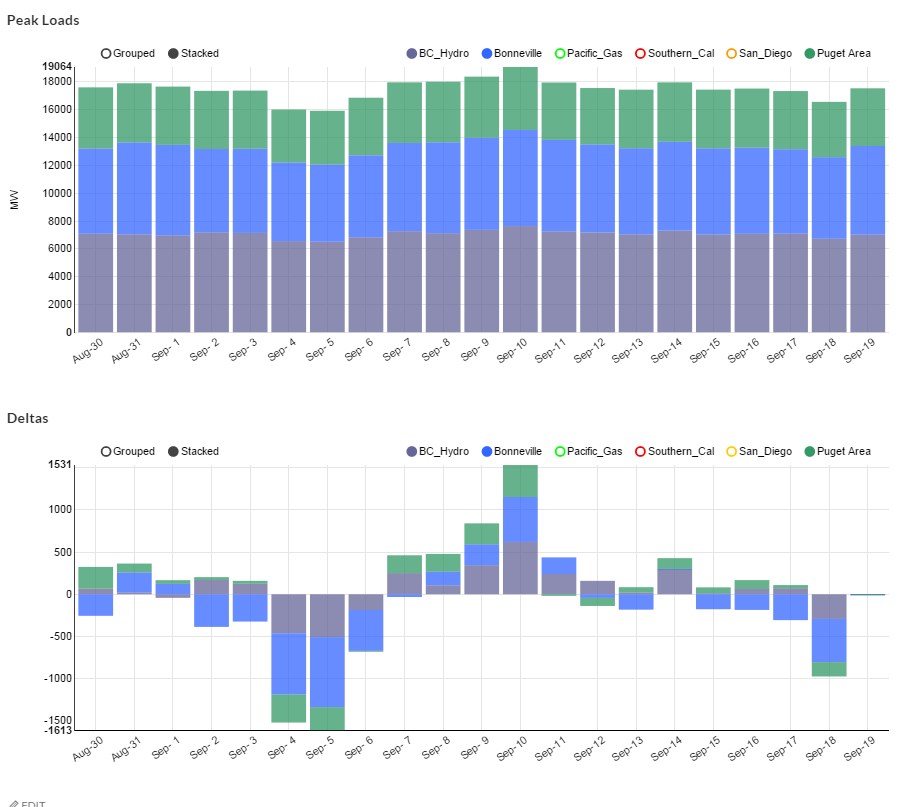 While the heat is already driving Cal loads up nearly 5000 mw on peak: 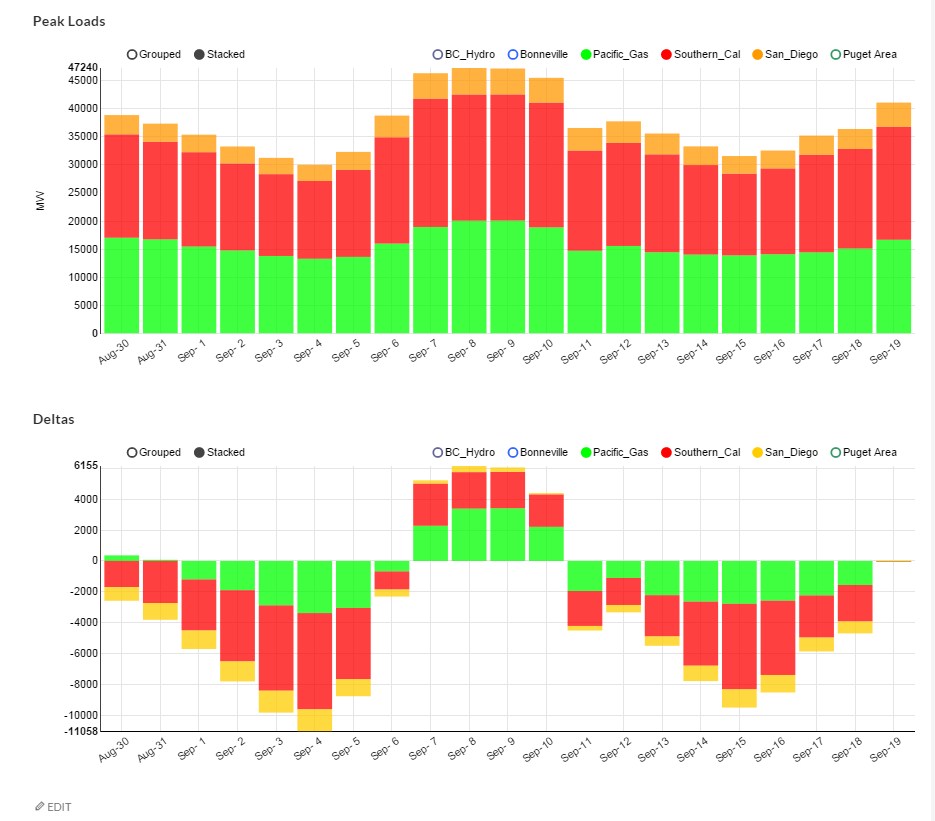 Today is the weekly NWRFC STP release and most likely there will be something interesting to discuss.  Looking at today’s 10 day forecast (RFC) we might divine some indication as to its direction:

For starters, they cut flows in the first day by 500 aMW but in the back end they increased by a few hundred MW … increased over last week’s STP.  Reading these entrails might lead one to conclude that today’s STP will be bearish …. me thinks so.

The Ansergy Mid-C cash forecast continues to fall, as does nat gas:

while the SP holds its own despite fall gas prices:

Note the cash spread for this week is $10-12 but note even the forecasted crash at SP following this heat wave … a crash driven by a return to climatology.  The Mid-C, however, actually sees demand climb for some hours as heating loads continue to build:

Which further underscores by belief that the Oct SP-MidC at $11-12 is over-bought and the correction will continue as the market sells the fact of the So Cal heat wave.  Speaking of Oct Mid-C …  I like it … like like owning it:

Not because there is anything particulary bullish about Oct Mid-C, more because the market has crushed it over the last 6 weeks and it is now trading beneath our forecast.   I also like owning the virtual Powerex Put – if they ever quit selling the Mid-C will enjoy a 2-3kmw net demand rally … if they don’t  you pretty much get what you see today … maybe a bit better prices with some early cold.