After an initial “fail” the NWRFC capably published a full 120 day forecast late yesterday afternoon.   The only excitement in this release was the fail, now that it has been rectified there but a long collective yawn over the data.   Let’s begin with the monthly energy: 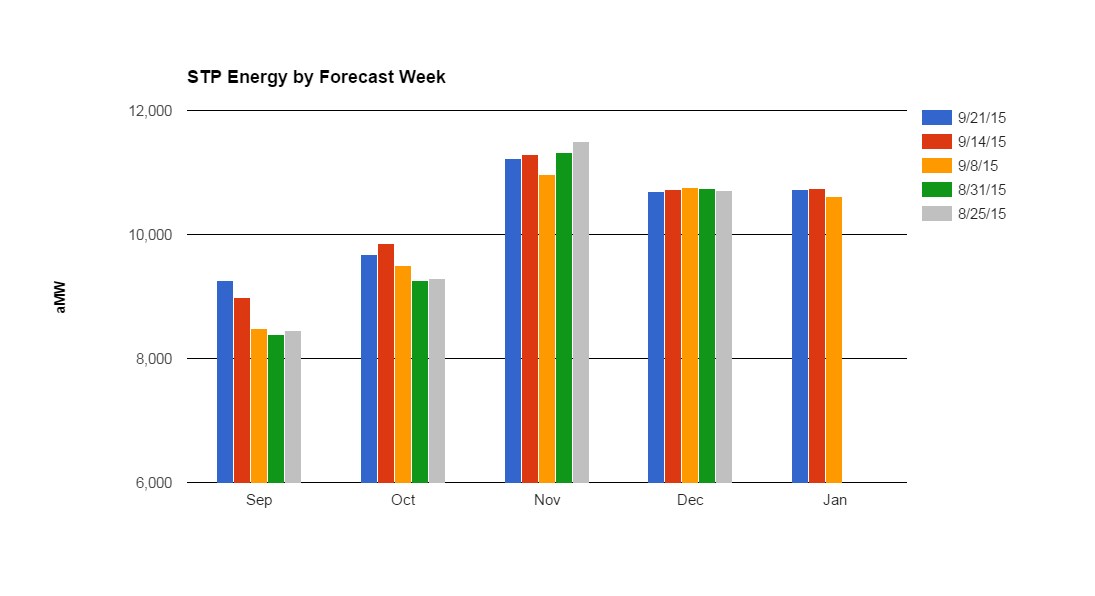 A relatively uneventful update except for the 300 aMW increase in energy in Sep; Oct suffered a very minor 170 aMW haircut – notable as the previous four forecasts had raised energy in October.   Nov-Jan were relatively unchanged ….as they should be; no one knows anything that far out, at least pre-commencement of the new water year.  The daily plot reveals modest additional color: 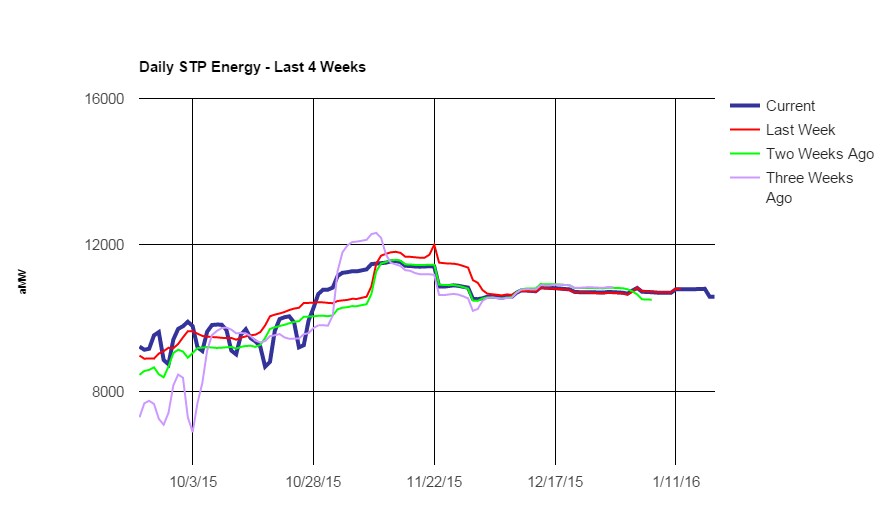 BOM will receive more energy, as it has for the last five forecasts, while Oct is pretty much neutral, aside from the RFC providing some intra-week shaping, something they seem to randomly throw into the STP about every third or fourth week, then take it out the following week.  November gets more water in the first half and then has an equal amount cut in the back end to average to “no change”.

The conclusions to be drawn are few other than the water for the next four weeks is pretty much locked in – the last four forecasts have not varied much, however the age of stable STP forecasts is winding to an end as we approach the new water year.  On an aside, the latest weekly El Nino Index (SST34) posted a 2.3 for the week ending 9/16; the biggest El Nino on record, the 97-98 event, posted a 2.2 for the same week ending.  Clearly this is going to be a big one – have you checked out our El Nino research?