Mid-C, NP, and the Great Basin look to be mired in normal temps for days 6-14, while the rest of the west has a decent shot at above-normal temps for the foreseeable future.  Though it’s winter, so the real news is the lack of cold temp forecast for any region.

Everywhere south of Mid-C is forecasting wetter than normal, especially in California.  The Mid-C is looking normal to slightly dry while the Northern Rockies, especially Montana, may be lacking significant snow in the back-end of the forecast. 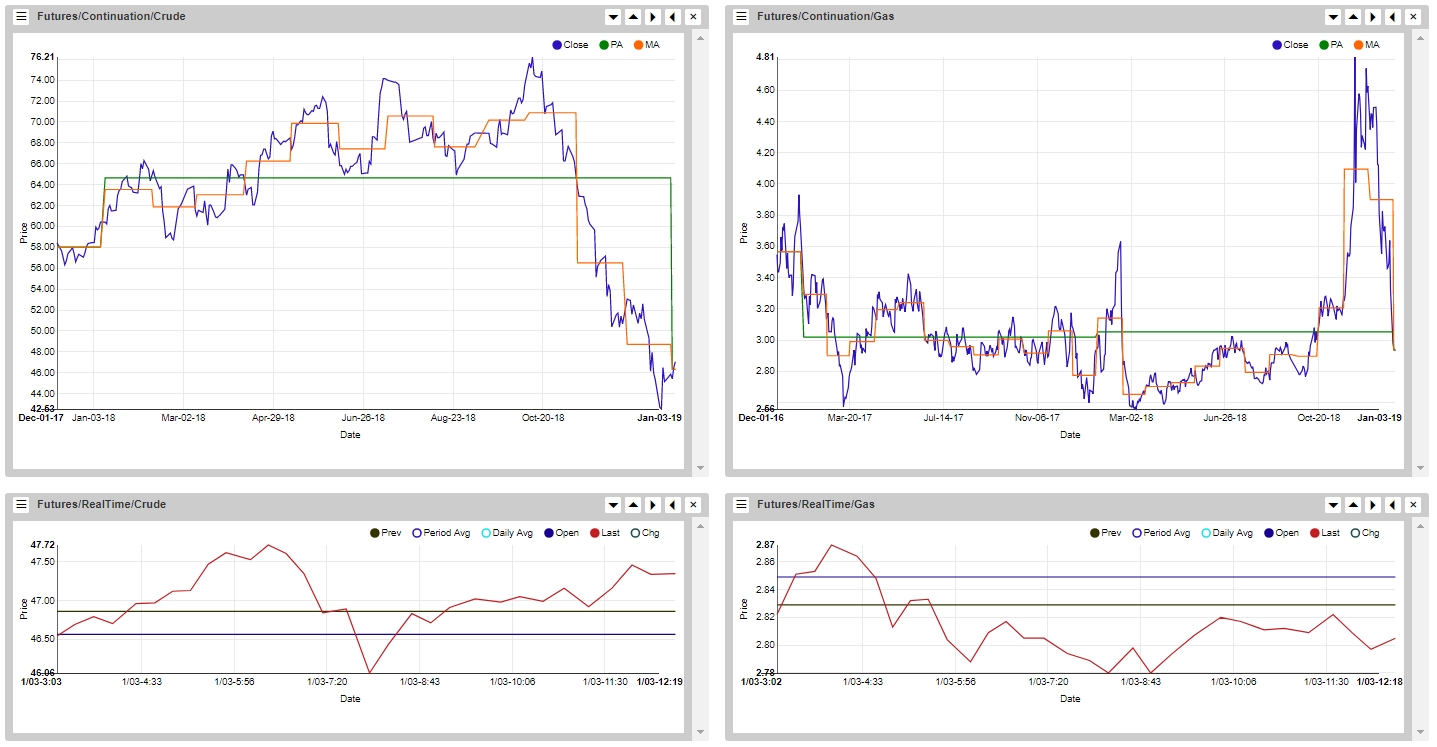 Crude finished up $0.80 yesterday to $47.35, close to a five-dollar increase since bottoming out on the 25th of December. 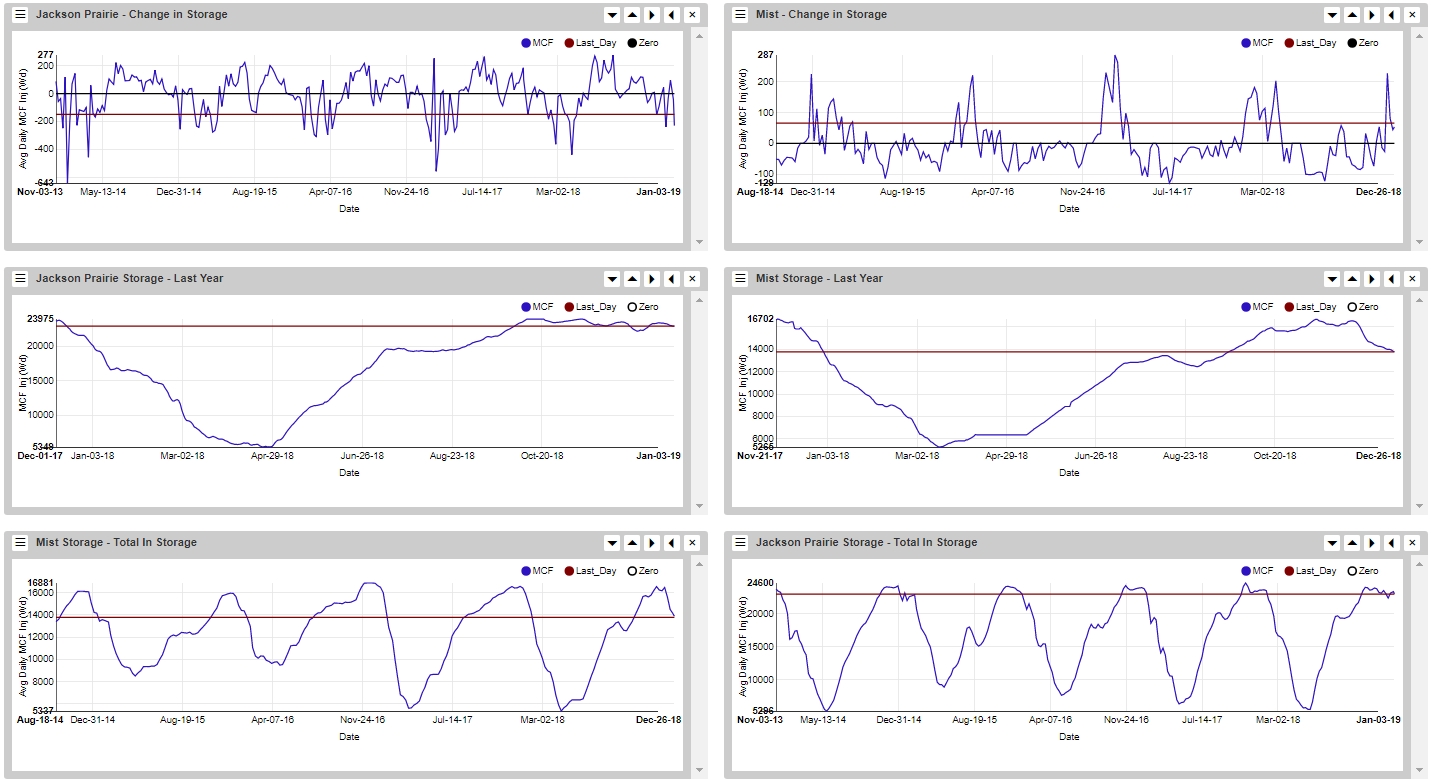 Jackson Prairie storage plummeted to -229 MMCF yesterday, marking the fifth-consecutive day of withdrawals in the process.  Despite these withdrawals, overall storage is still well ahead of last year on the same date (22,704 in 2019, 16,984 in 2018). 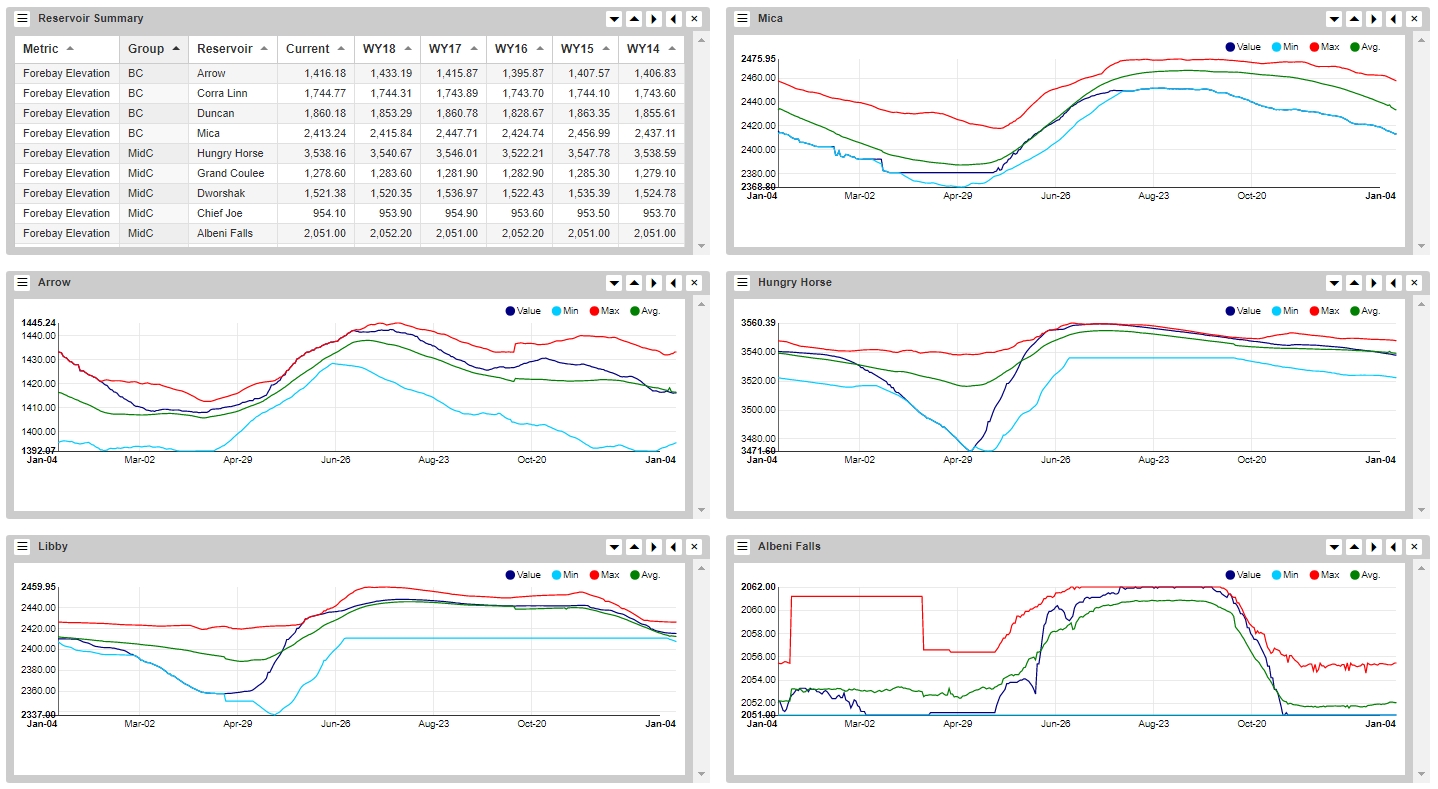 Arrow fell just under half a foot week-on-week after notching an increase in last week’s report.  The reservoir now sits 0.3′ below average, but 17′ below the mark set on the same day last year.  Grand Coulee is now five feet below 2018. Dworshak and Chief Joseph are the only reservoirs above last year’s elevations.

Low level snowfall was most impacted (negatively) in this week-on-week comparison, especially in the Columbia Basin of Washington.  Note how many more stations in Western Montana are now reporting within a normal range compared to last week, while the opposite is true in NP as the Sierra Nevada loses pace against average. 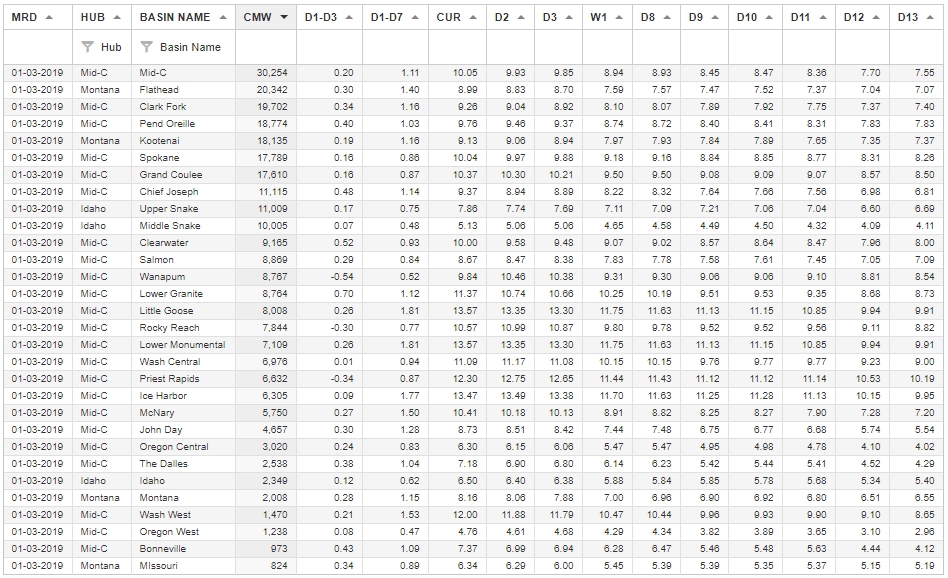 The Snake River, particularly in SE Washington saw most of the week-on-week snowpack gains as Lower Monumental and Little Goose each recorded a 1.81″ increase.  Flathead was blanketed with 1.4″ as the basin reached normal conditions as noted above.

All other stations managed at least 0.47″ over the past week, though we saw three stations (Wanapum, Priest Rapids, and Rocky Reach) with a loss over the past three days as temps climbed across the west. 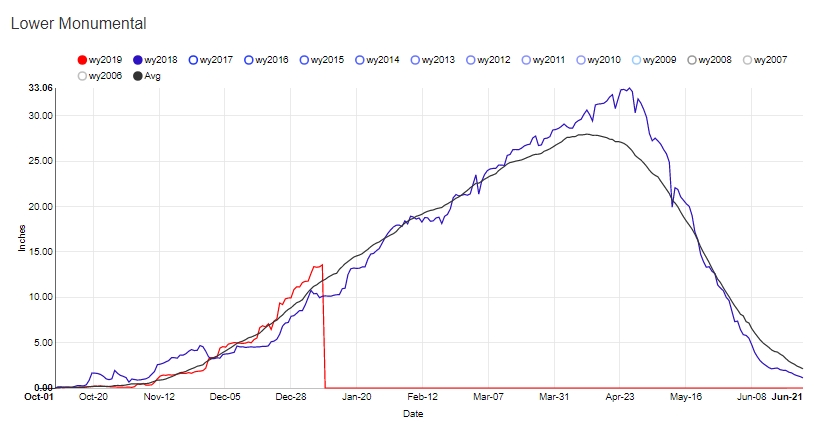 The 1.81″ in Lower Monumental pushed the basin further ahead of normal, as has been the case since Mid-December, and now sits 1.6″ above average.  The difference compared to last year was stretched to more than 3.5″. 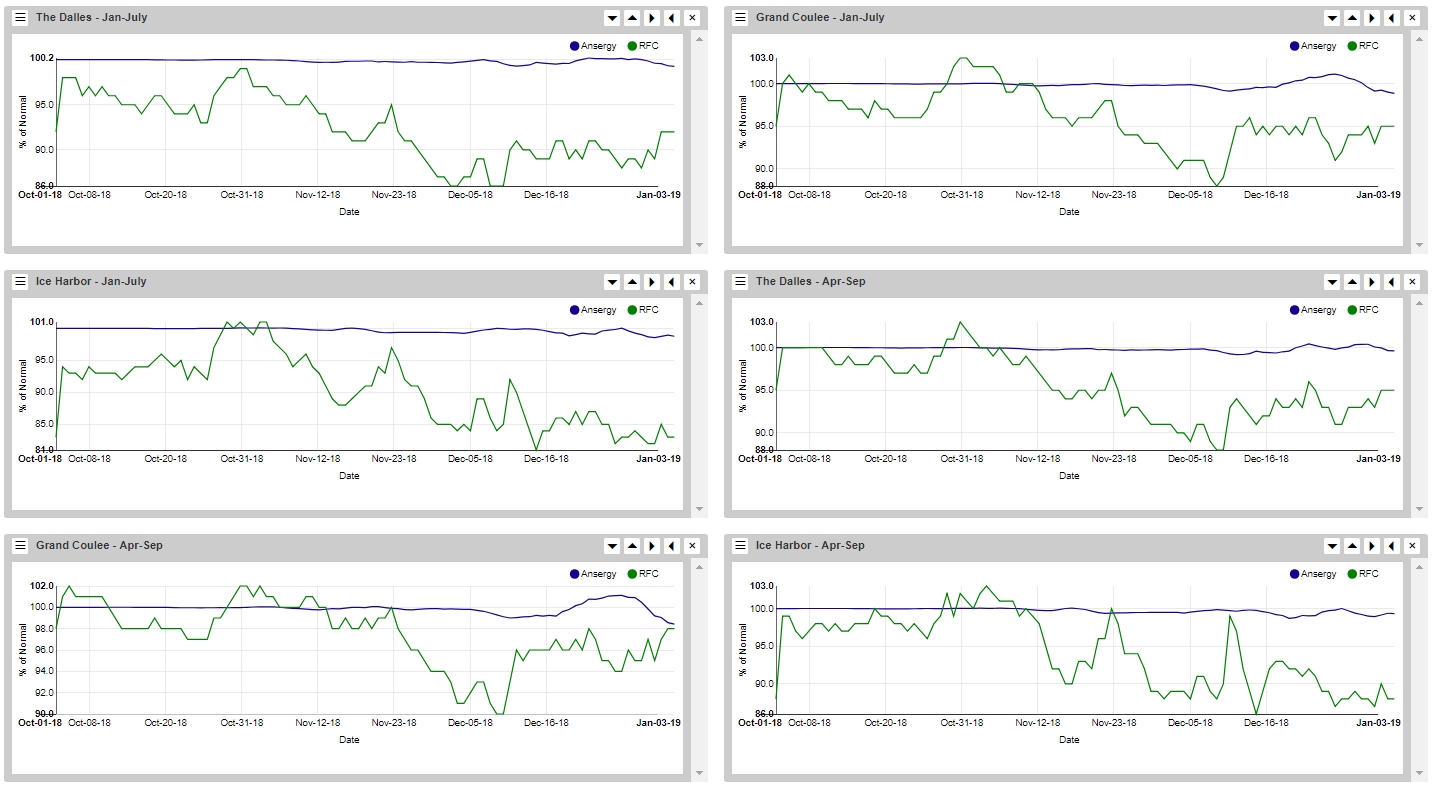 This is a peek at the difference between Ansergy and the RFC water supply estimates.  Grand Coulee Apr-Sep Ansergy and RFC have nearly converged in the most recent results. 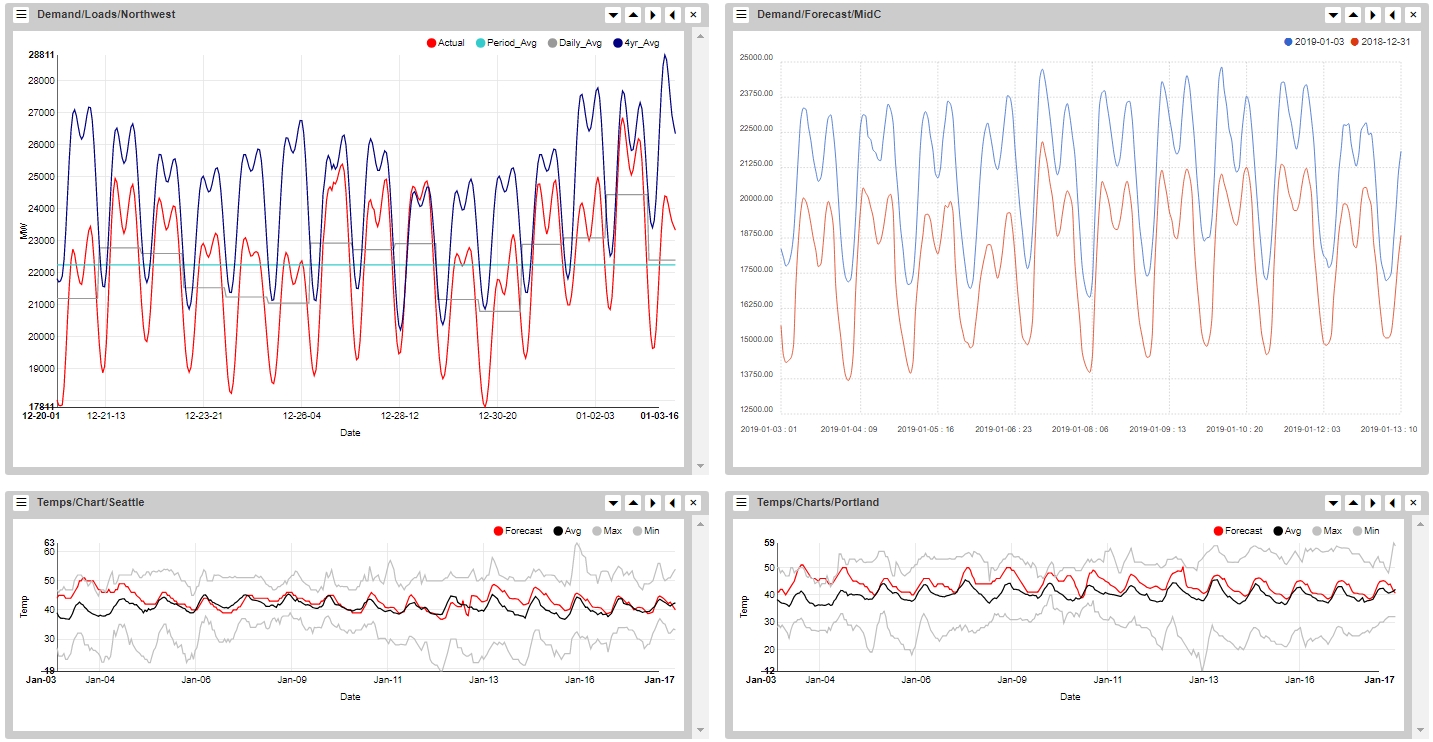 Seattle should reach 49 today, five degrees above normal, but temps revert back to average soon after, at least for the following week.  That also means we aren’t forecasting any dramatic drop in temperatures for the time being, something Seattle and Portland haven’t seen this winter.

Demand fell hard yesterday as the region warmed up and thawed out.  Overnight loads dropped more than 1,200 MW. 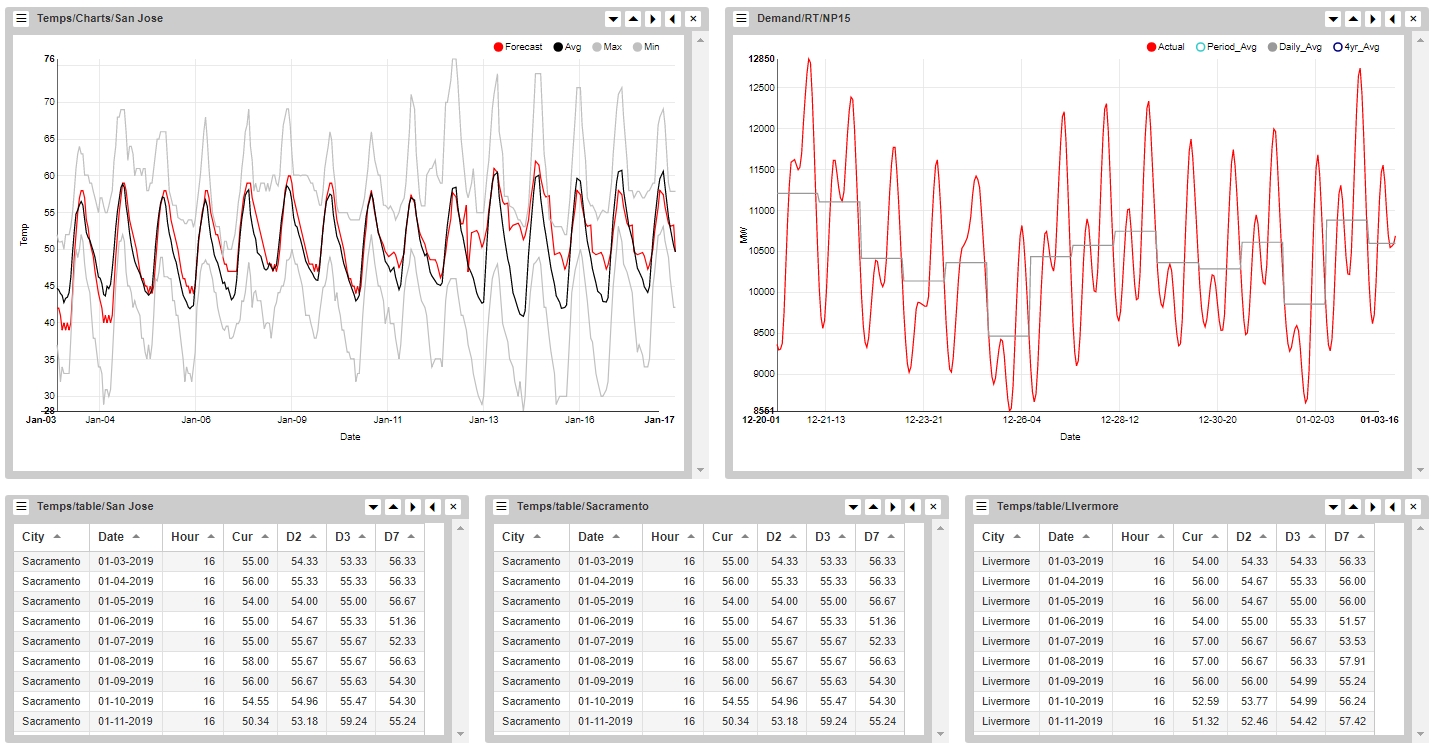 NP peak demand was up 250 MW at its peak yesterday compared to Wednesday.  Overnight loads were up an even higher 400 MW.  Demand was also up week-on-week to the tune of roughly 800 MW.

San Jose may not see a return of 30-degree temps for some time as not a single day in the next 14 is forecasting anything below 44.  Next week could start off with a high of 60 if the projections hold true. 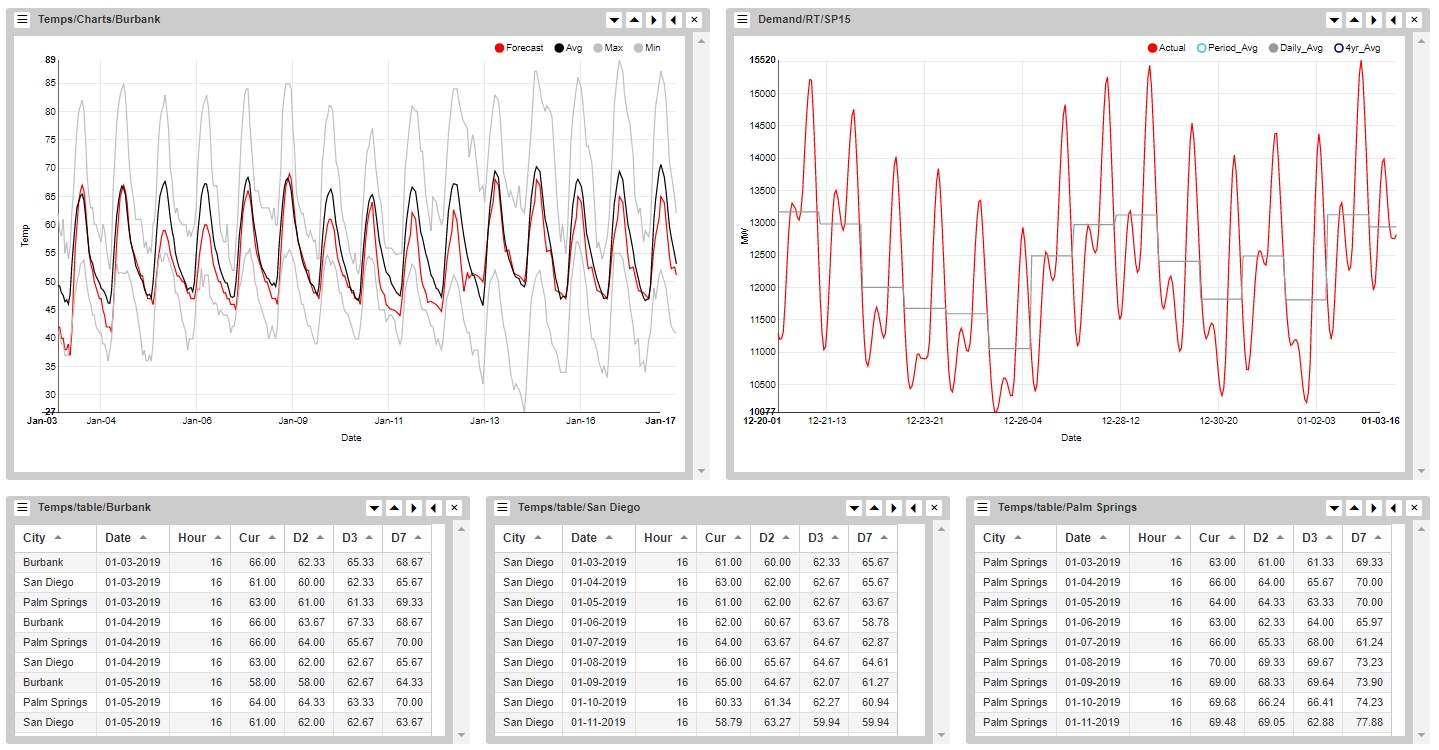 SP peak demand rose more than 600 MW by mid-day and overnight loads were up more than 700 MW.  Week-on-week demand was up 1,000 MW yesterday as well.

Burbank’s cool overnight temps should be well in the rearview mirror by tonight as the forecast calls for 45 degrees (compared to 40 last night).  Highs should sit comfortably in the 60’s all of next week while minimum temps are projected north of 45 for the next 14 days.

Phoenix is continuing its path out of winter temps as lows move from 32 yesterday to 47 by the 9th, equaling normal overnight lows in the process.  Highs aren’t expected to peak their heads above the 70-degree mark until the back-end of the forecast, and thus may not happen for even longer. 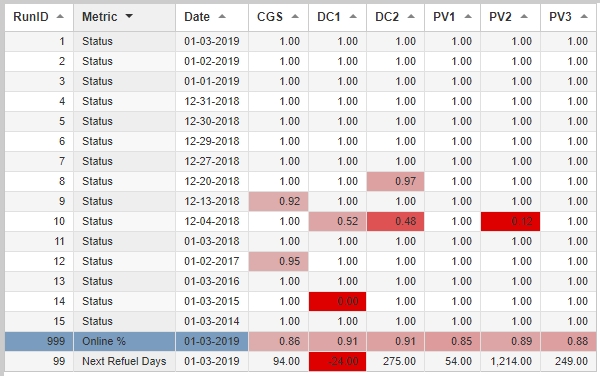 SP-15 solar reached the 5,000 MW mark for the third-consecutive day yesterday and is continuing the trend of 5k+ generation that was saw start in earnest last week.

Mid-C wind had heavy generation over the weekend as the hub topped out above 2,500 MW, but those levels were short-lived as Tuesday and Wednesday failed to reach the 1,000 MW mark.

COI shows just one difference in this week’s projections as the 7th (at 7:00 AM) marks a 240 MW reduction in TTC that extends through the remaining two weeks.

NOB also notes its first alteration to the TTC schedule in some time, albeit just a five hour, 139 MW reduction on the 14th at 9:00 AM.