The cold got colder and the markets rallied. The million dollars (bonus???) question is how cold it will get and will the gas markets have the supply to serve those loads? As for how severe, it is cold, but not record cold:

Rarely will you see the entire continental USA blue, you did yesterday in NOAA’s 6-10 day. The 11-14 backs off from cold and reverts to warm anomalies on the load-center west coast. 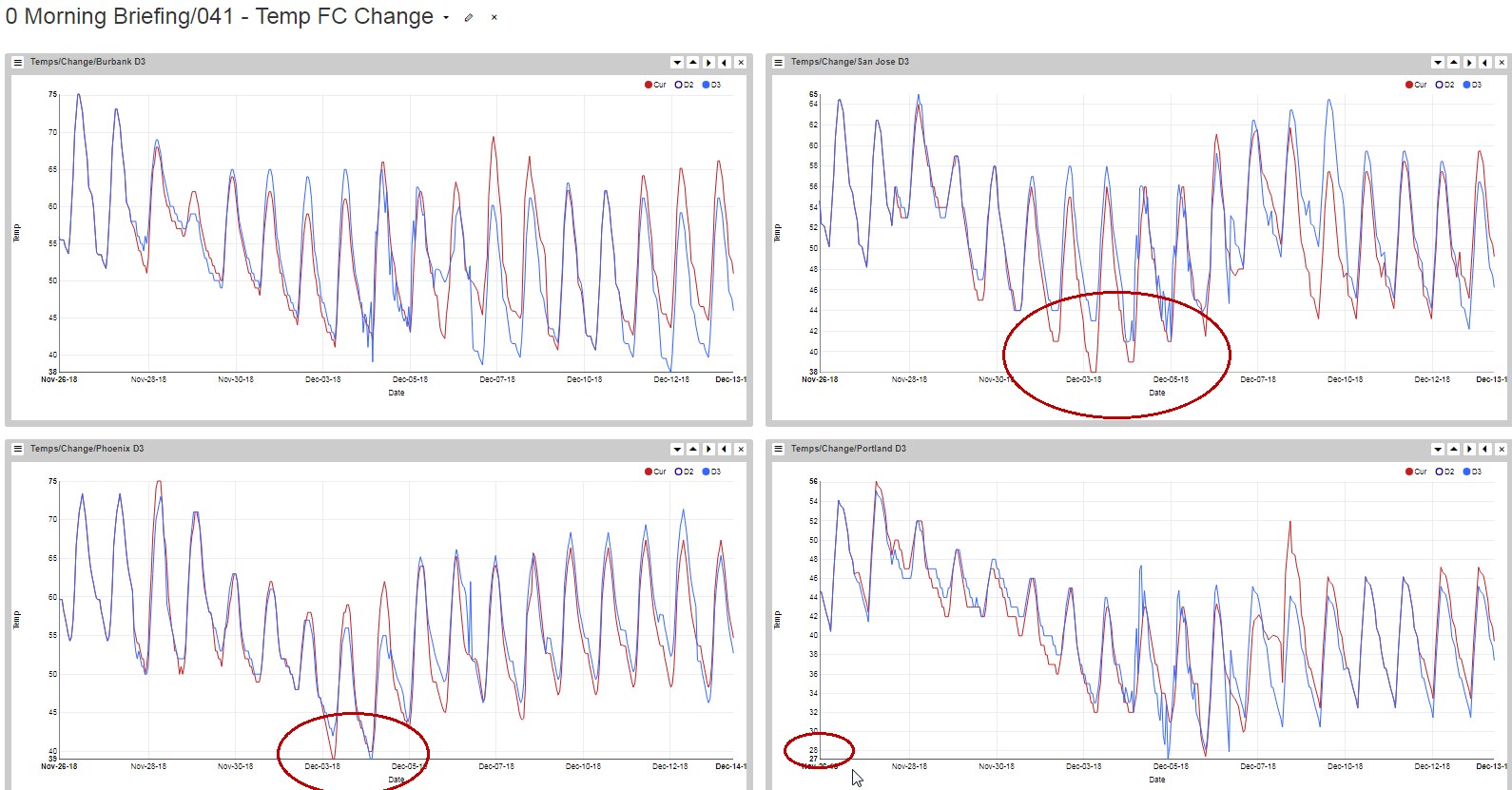 San Jose saw its forecast grow colder, day on day, and so did Phoenix, while Portland’s got a shade warmer in the digital version. But it is all relative, and these temperatures, versus all of November, are at least ten degrees colder. Gas demand will spike, so will power, and the tenuous WECC energy infrastructure will be tested. We’d always be biased towards the stability and reliability of the system versus the “sky’s falling,” and the “end is near” and “Trump will get re-elected.”

That glass “half-full” idea is predicated on BPA drafting hard on its reservoirs, cutting transmission exports, and pulling max withdrawals from JP and Mist. We think a short-duration cold snap is no problem for the MidC, Socal might be a different story since they cannot drawdown their storage at “max.” We’ll see, the days of Reckoning are Dec  5-7. By the way, I’ll be in Phoenix those days but responding to emails and chats.

Last weekend we saw flows out of Station 4 on WEI spike up; now we’re seeing some of that gain given back. Plus, that pesky maintenance on Westcoast lingers … 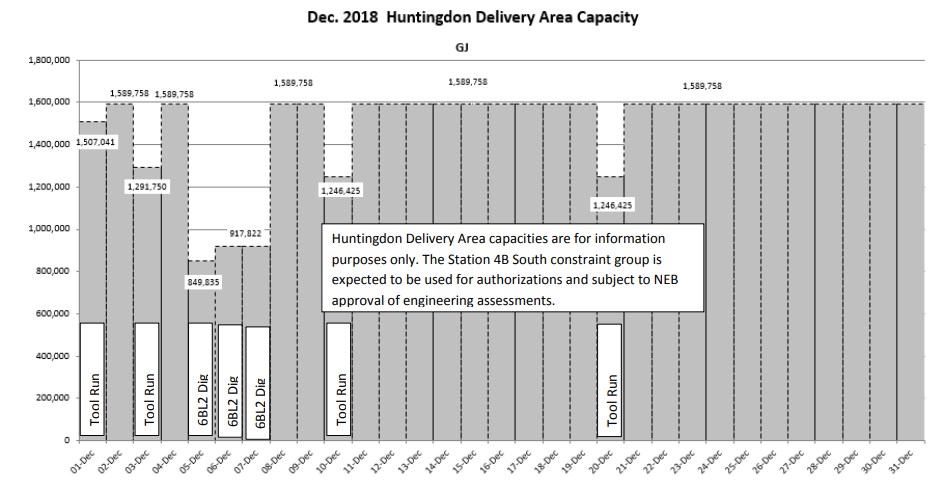 It is hard to believe Enbridge would actually cut 40% of its capacity on arguably the three coldest days of 2018-19, isn’t it???

The above isn’t on the website; it’s a special report we’ve compiled which tracks the impact of the WEI derates for both WEI and NWP. The top section is the WEI points; bottom is NWP.

The markets are very choppy and aren’t moving in dimes and quarters, more like dollars. Check out the AECO prices and that AECO-Kingsgate spread? Is that other-worldly, or what?

Socal Citygate is less choppy, that hub just goes up. Some of that bullishness is driven by this expected cold weather and its impact on storage; the rest from the Nymex gone Crazy.

California gas demand is already rallying, before the cold even lands. Socal is up 700 MMCF, week-on-week, and PG&E bounced 400 MMCF – over a BCF a day more demand in Kally and the cold hasn’t arrived! Socal has seen big draws (400) over the last two days, so has PG&E. Though the latter has not the withdrawal constraints that the former operates under, it has much less total gas to work with, like 30 BCF less than a few years earlier. A cold winter may be problematic for PG&E. On top of being liable for every fire ever started in the state of California, now it might run out of gas and get sued for that, too. 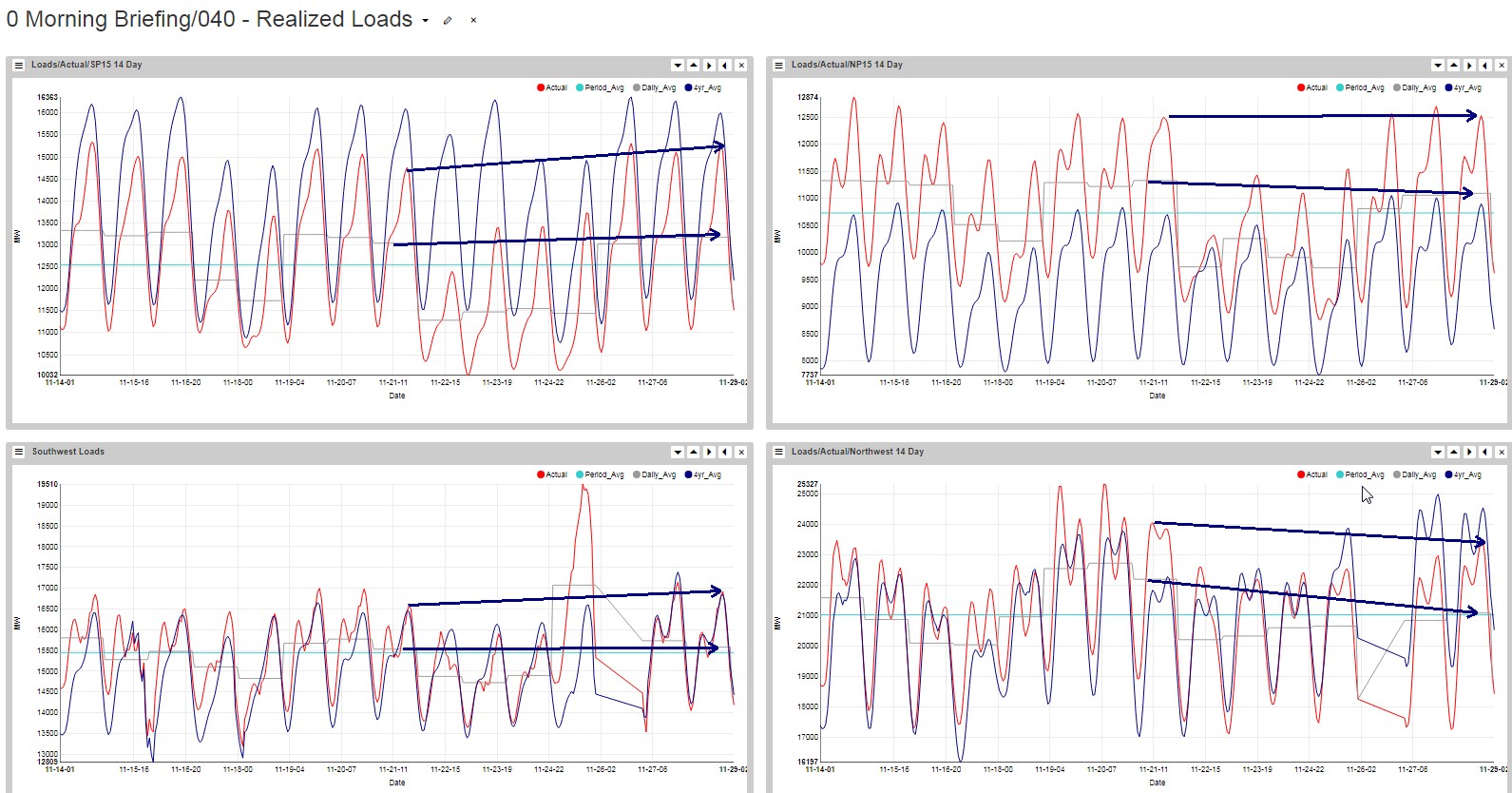 SP’s loads ticked up, Palo too, though just barely. MidC saw its load come off while NP is just sideways. All of that will change once this cold weather strikes. 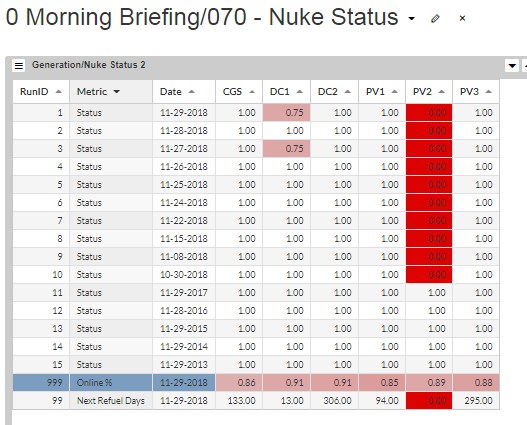 Timing is everything, and now one of the Diablo units is having troubles; we think its preparing for refuel, though we show 13 days left in the tank. How poorly timed would that be if they take the unit down in front of this cold weather? The PV#2 unit is still off; this is one of the longer refuels any Palo unit has seen. 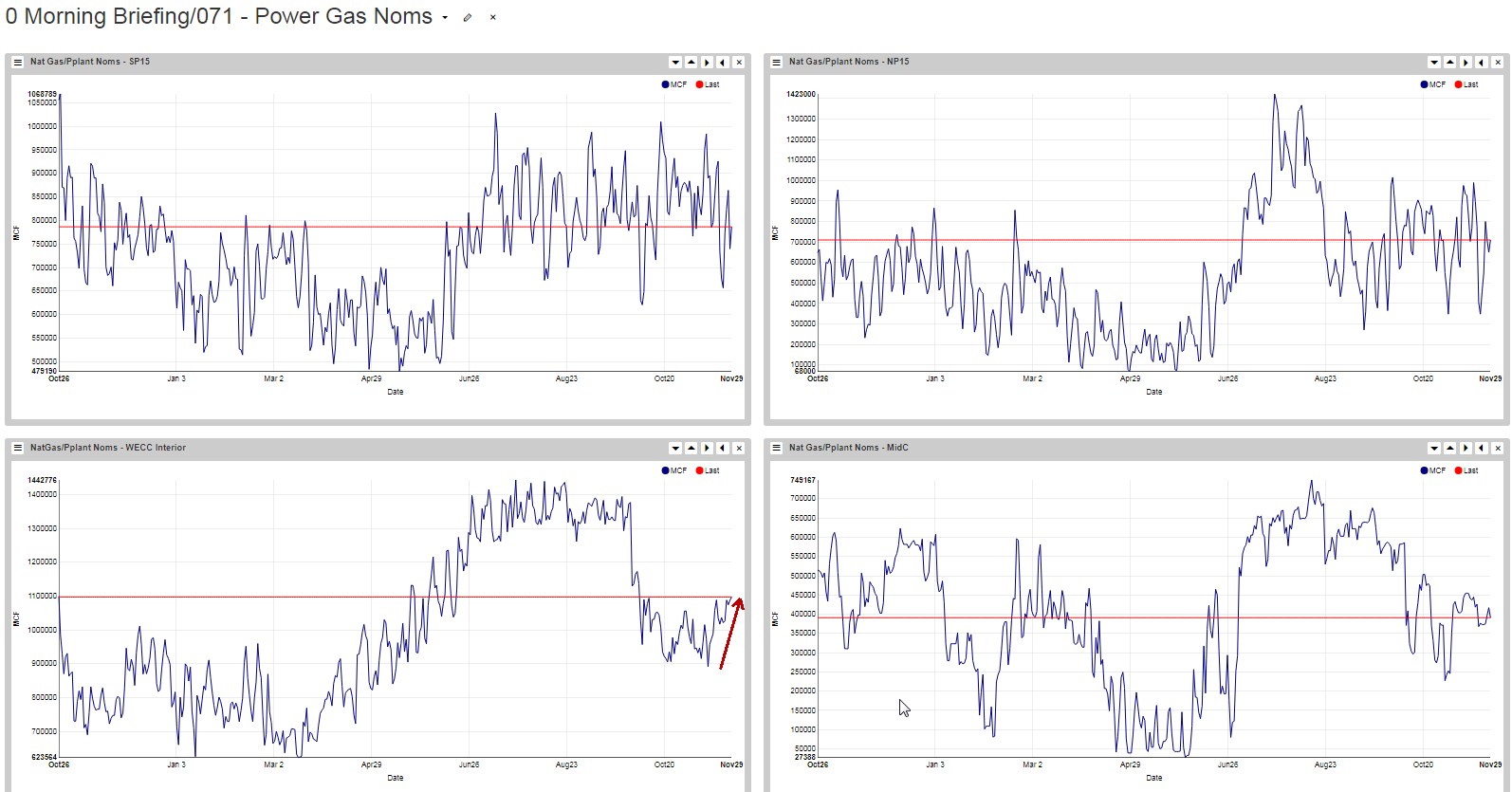 Palo noms are up off of higher loads; the rest of the hubs are sideways.

MidC’s are sideways because there isn’t the fuel to run the I-5 units; I doubt they run in the cold snap, either. Avista is firing up its 11.5k peaker in anticipation of cold.

That’s weird, the solar at ZP and NP – like nearly zero. I guess that is what happens when the air is saturated with rain. 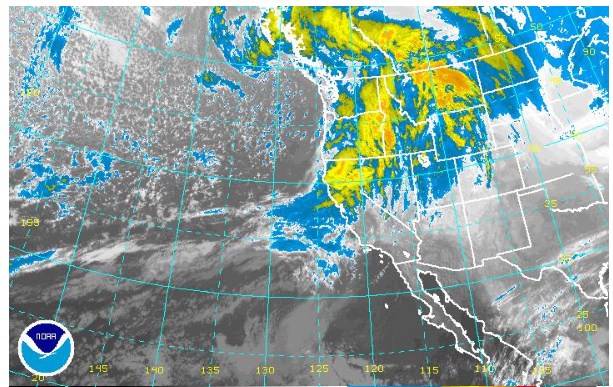 The above is yesterday’s radar – the state got slammed, but so did Oregon, Washington, Idaho, and Montana. Meanwhile, the RFC has materially ratcheted down its Water Supply Forecasts.

Huh? You’d think the plots got dryer, but they are very wet:

Let’s zoom in on that NCEF: 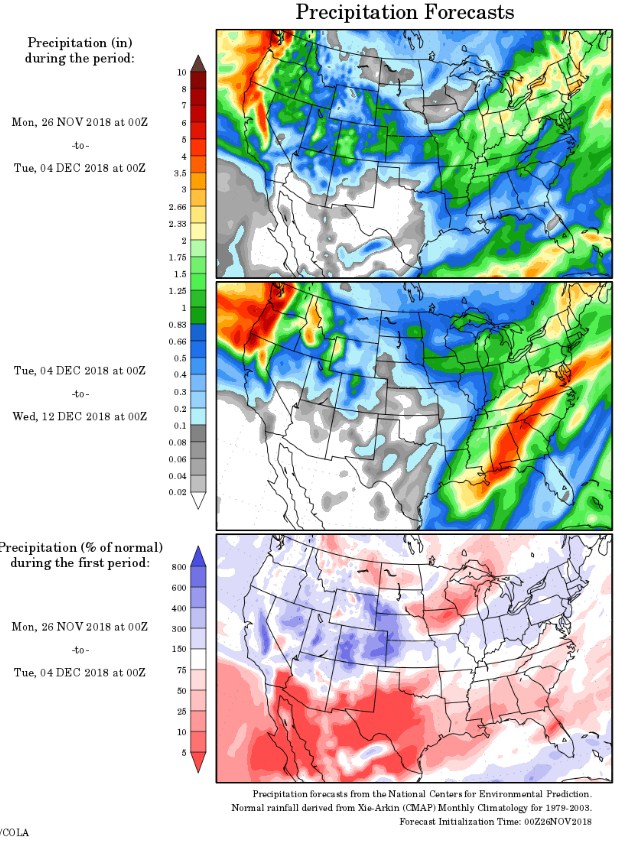 The Northwest westside is poised to get 5-10″ in the 8-15 day; the producing east side will enjoy 2-3″; these are massive anomalies and should they land as painted above, will put the Northwest “ABOVE” normal. Yet our Portland pals don’t see it that way. Even before this event lands, things are not that dry: 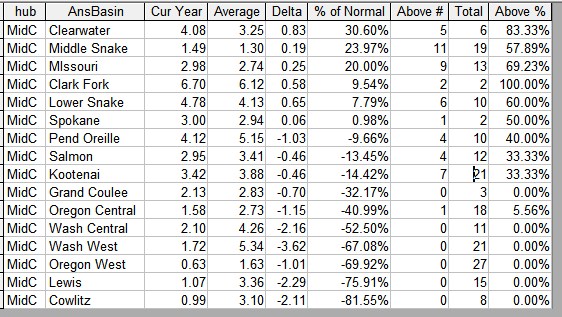 We examined all the snow pillows, mapped to our production basins, and compared the current SWE versus normal. 83% of Clearwater’s stations are above normal, in fact, most of the major rivers are doing “OK” as of 11/28. The real dry stations are the mostly irrelevant westside stories (irrelevant unless you own production there). Now, toss in about 2-3″ on everything east of the Cascades and all those are now above normal; throwing in 5″ on the west side and those are above average.

Above, that is the entire WECC (US), but things can change quickly (anomaly-wise) this early in the water year. Look at these snow cover maps: 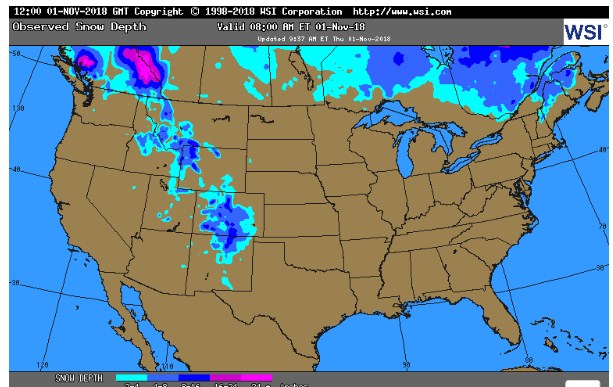 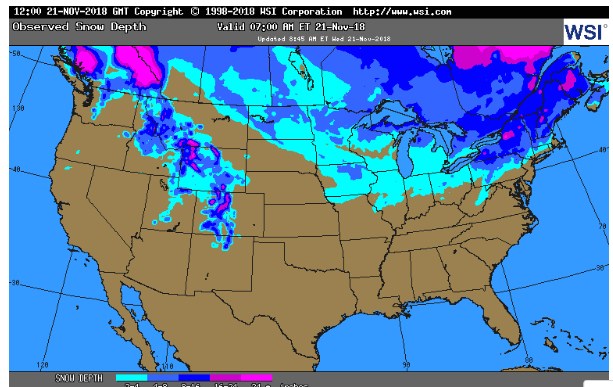 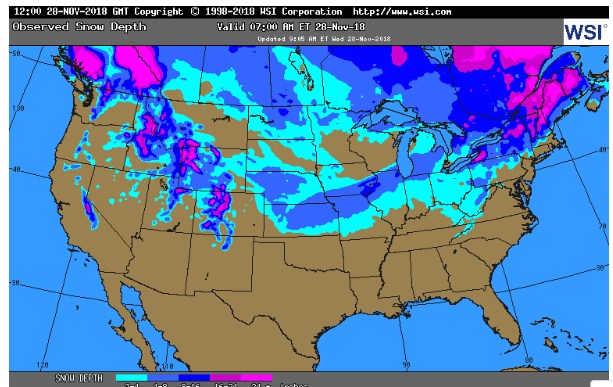 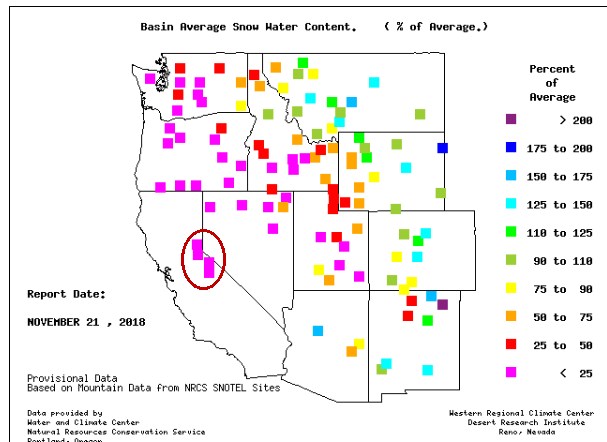 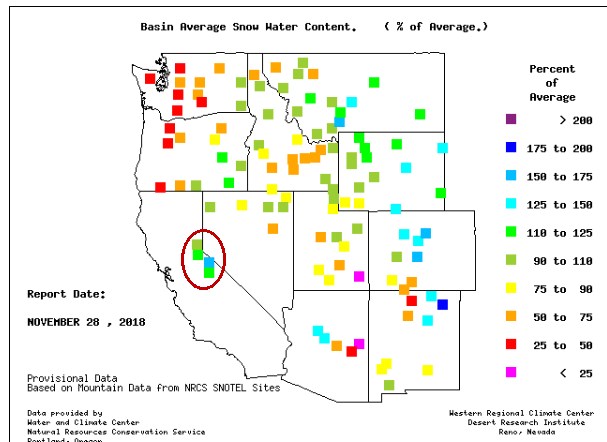 Oh my, Kalistan went from <25% of normal to >175% in a week. LOL. But the changes were not just there, check out the Snake changes. And this is before another significant storm lands.

Some of that recent precip is finding its way through the penstocks and driving the turbines. All of these stations are above Coulee, all have rallied of late. 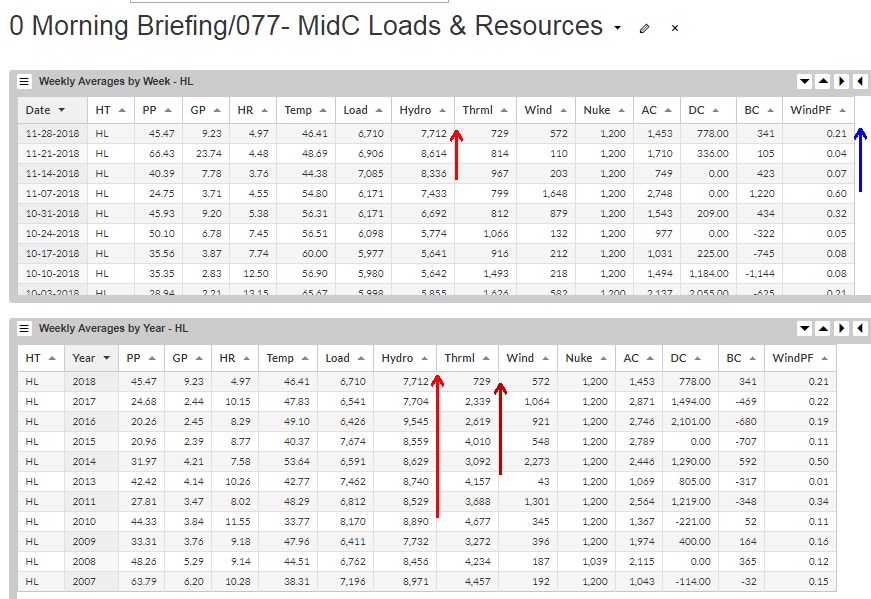 Northwest hydro has backed down from a few weeks earlier; we have to think it rallies next week to serve load. And check out those thermal cuts, year-on-year(Sumas issues).

The water behind the reservoirs is essential for MidC. That water is the escape valve when things get tight, but those storage levels are down at both MidC and BC; each has pulled a MAF since October and may very well pull another MAF next week. At some point, the bullets are spent all of which puts pressure on Mar-April given that the flood control draft happened in Dec. 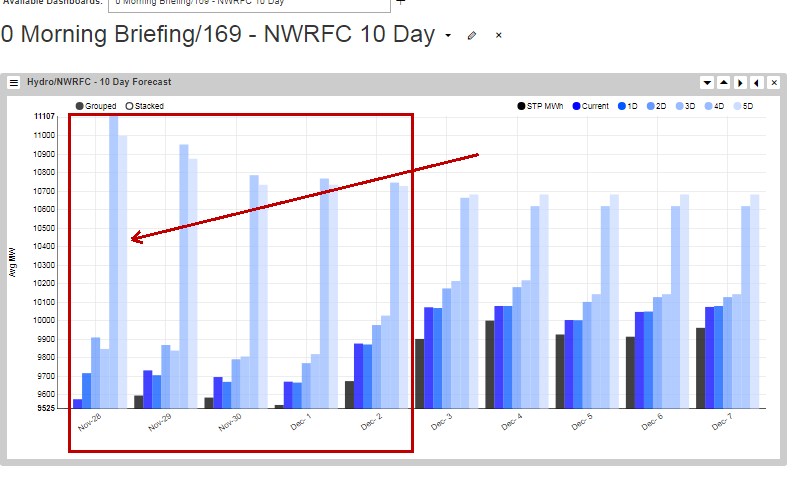 Sometimes we jokingly refer to the NWRFC as the Random Forecast Center – just look at the above plot to see why. Last week, going out, they forecasted huge flows, now they’ve cut those way back – all in the face of very cold (draft-induced flows) and a potentially massive storm.

Not a lot of surprises in transmission flows. None of the lines are even close to TTC; we’d expect even less to flow out of the NW next week; don’t think MidC will have much energy to spare; doubt Powerex will, either.

Still a bull; without weather warming, I’d wait to see how cash (gas and power) behaves next week. Too risky to be naked short anything going into the weekend in front of the first cold snap of the season. All of this water, however, could quickly change that temperament. For now, we’d be cautiously long going into next week, but more on that in the next post to follow shortly.