It’s MidC’s turn on the hot seat; appropos given the arrival of cold weather, problems in the gas world, and reservoirs that are over-drafted. Let’s see what Mr. Market thinks of all of this. 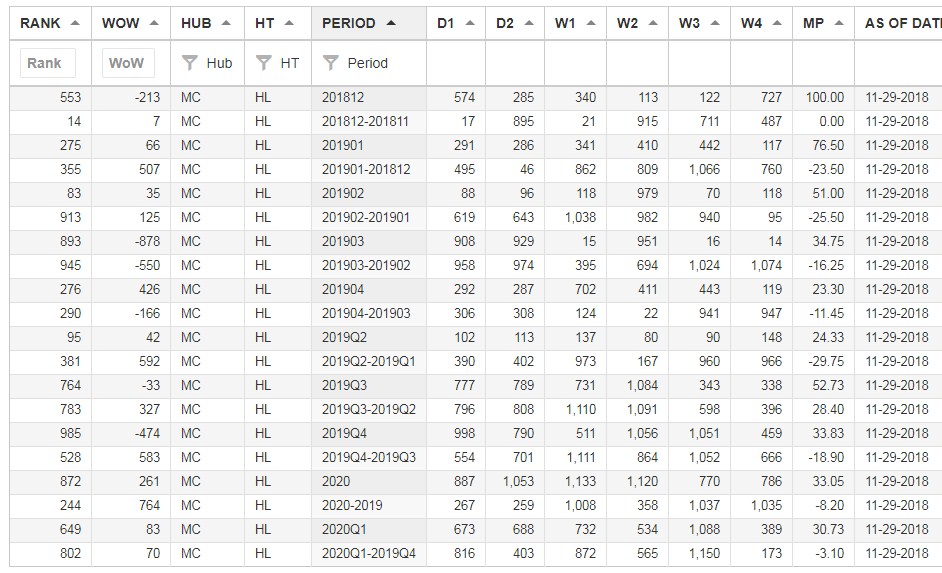 We use APT to sort the trades and rank them; I”m reporting in period-sorted order. Click on Rank or WoW to reorder. 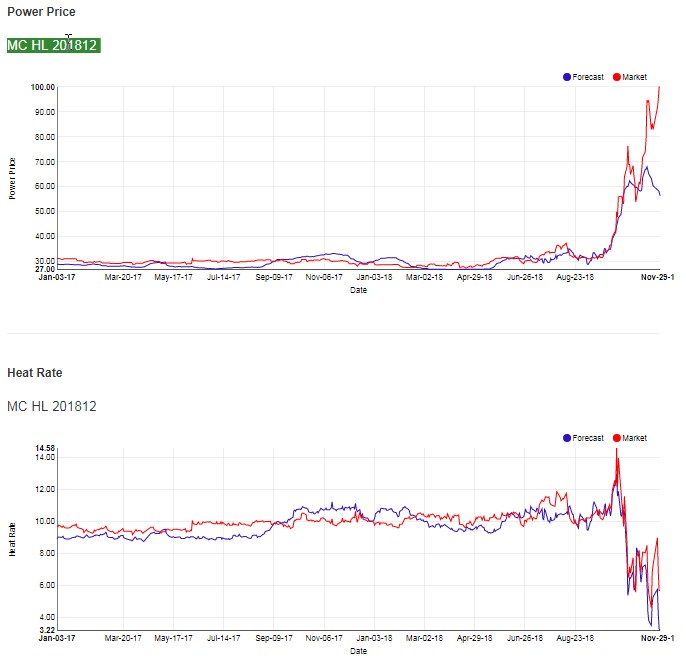 Dec rallied, duh, but interesting that the heat rate tanked. I’d a thought that if total demand increases the heat rate would rally; I guess the explanation would be that the price is relatively low given the gas move. We’d buy the Dec as a lotto ticket thinking if it is frigid next week there will be a remote chance of unserved load (either gas or power, doesn’t matter which). Should that happen, cash in the triple (or quad???) digits is not unreasonable.  Long. 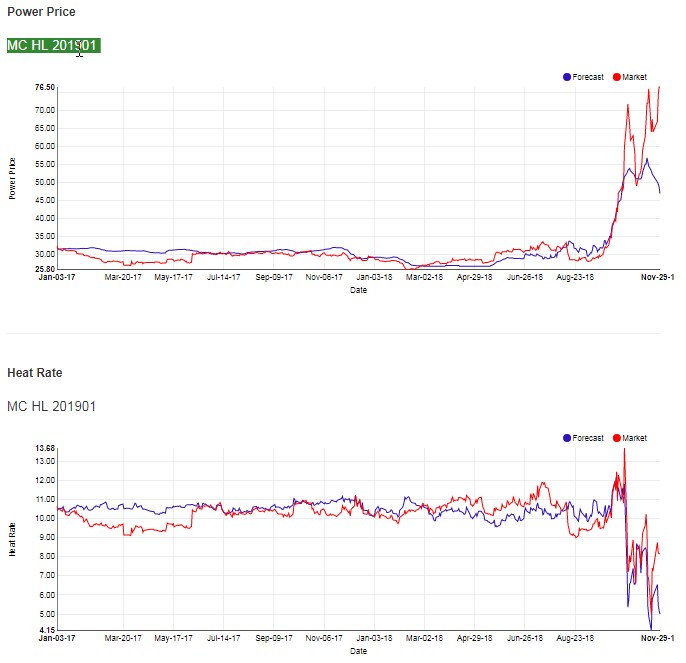 This heat rate is more reasonable but still cheap. If you like Dec you have to like Jan, the R-value between the two is almost 1.00.  Long. 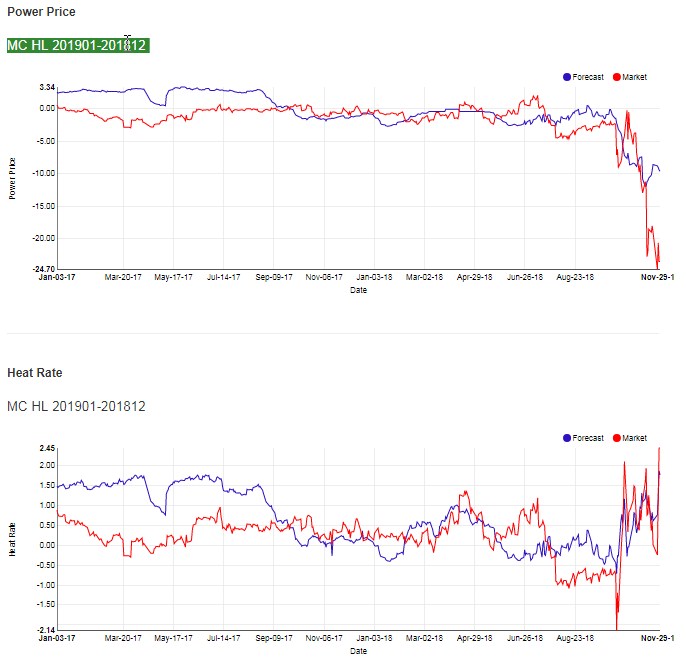 The roll grows ever-cheaper as the market becomes ever more paranoid, but we think the spread is rational, though we’re long both so would ignore the roll. That said, if we were to be bearish next week, we’d buy this for the $-30. 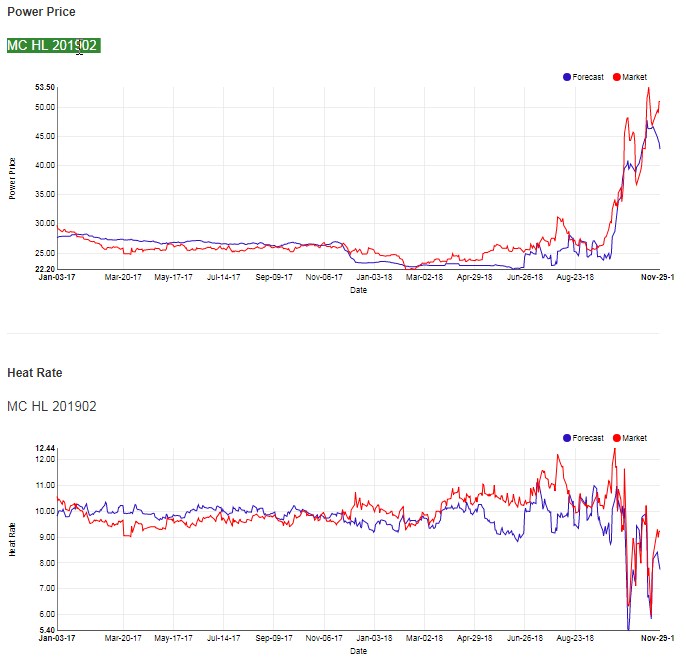 Hah, Feb hardly moved. Like Jan, if you like Dec you need to own this too, unless VaR is an issue. I guess it comes down to which do you want, Dec, Jan, or Feb. We’ll take all three; our VaR is infinite. 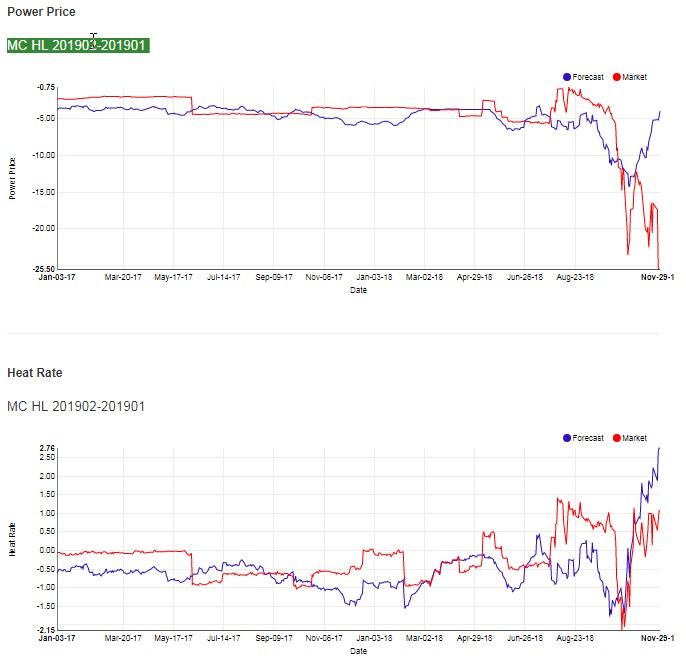 Feb to Jan is $-25 and tanked $10 in a week. The bearish case for this roll (it drops more) goes along these lines. It is freezing next week and BPA drafts everything creating a hole for the rest of Winter – then another cold wave descends upon the MidC. Further, JP and Mist get sucked dry, and WEI doesn’t open the spigot. That said, we’re long all three so forget the roll. 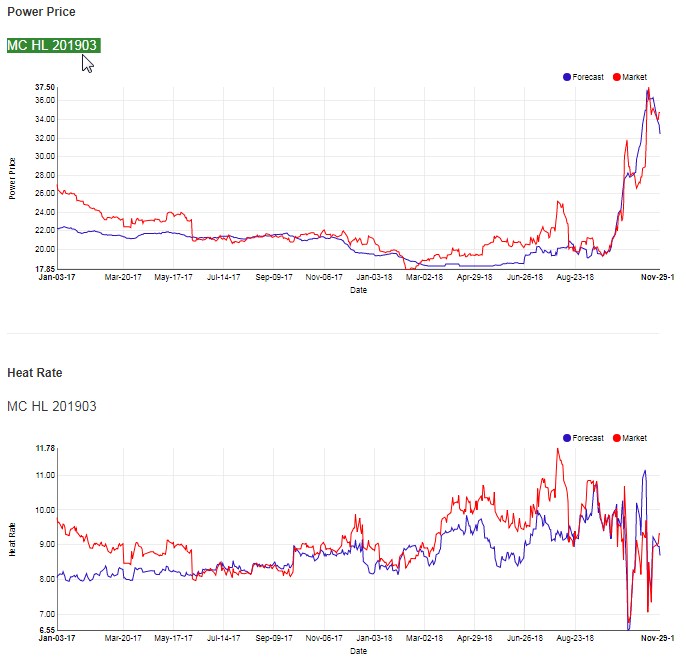 Interesting, March has come off in the last week. If you are trading the MidC from a water-perspective, it might not be a bad move given the big storms. But there is more than that driver at play. Still, you can’t be long everywhere and shorting here might cover a small piece of pain should next week be a misfire. 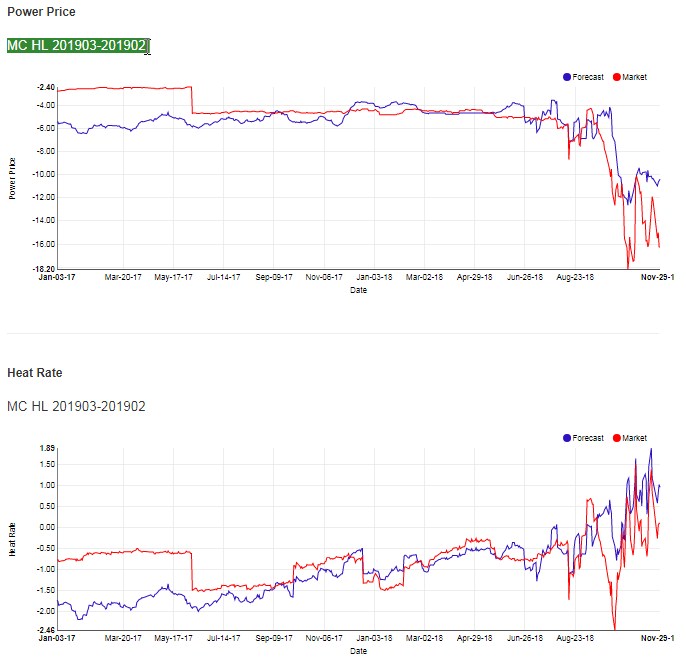 Buying the roll ($-18) is the bearish strategy. Let’s say the markets scream on Monday and your length is in the money. One approach would be to flip out of the length and sell every one of these rolls. Then you hope the 8-15 day precip is reality and the warm trend builds. It won’t take but a few weeks for BPA to restore its reservoirs and extended wet would put another 3000 aMW of zero cost hydro into MidC’s supply stack. 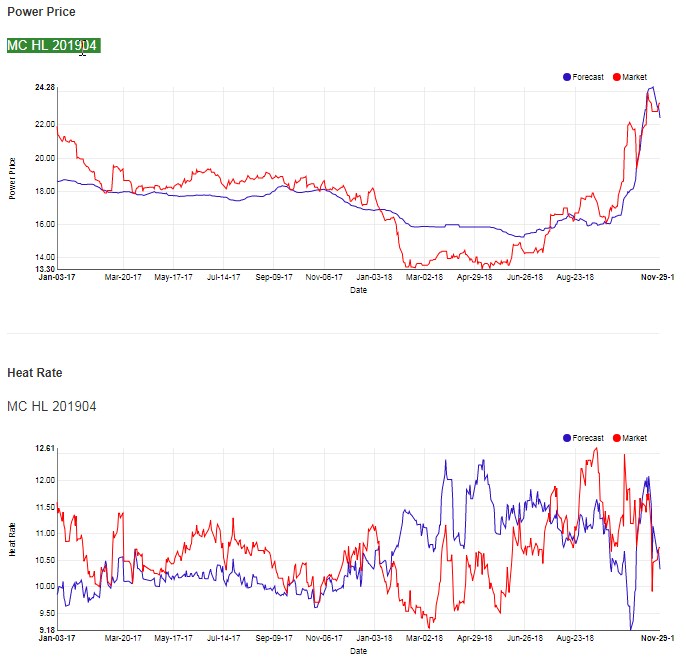 We love the Apr-Mar, May-Apr, Jun-May, Jul-June rolls, but it is too early to bet on timing of runoff, we don’t even know what the runoff volumes are. OK, but the April is at a contract high and the WEI issues should be just memories and Sumas will settle back to the 1s and 2s. What if these wet patterns extend into Jan? That bearish scenario suggests April may be over-priced and is a decent short candidate to hedge some of your length in the front. 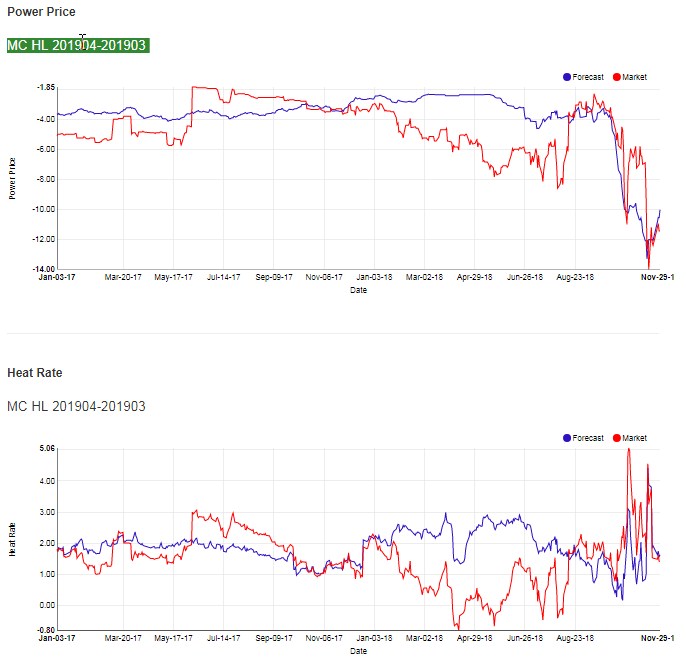 The Apr-Mar is just a gas play; WEI has said they’ll keep the pipe at 80% through March; the roll is $-14 because of that. Should that derate change, this roll will be closer to flat.

We won’t bother with the Qs today, the market is all about the very front of the curve.