Today’s post will consist of two parts; the fundies in the first and SP15 APT in the latter. Let’s get after it. 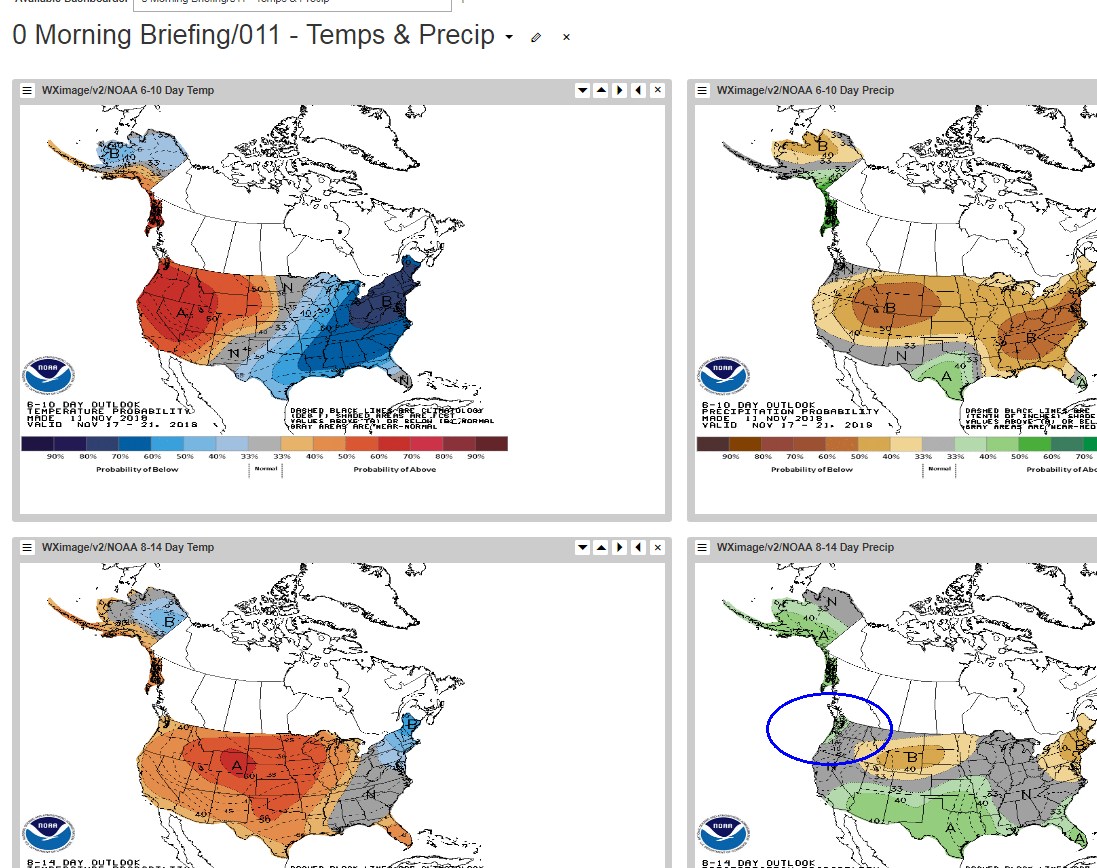 A somewhat dull set of maps; seems like we’ve seen these plots every day for the last two months – we have! However, there may be hints of change in the precip; the temps look just bearish. The Northwest west-side returns to normal in the 6-10 day and the 8-14 has signs of above average or normal across the hydro-production areas; even California sees a return to normal. That state needs some water, not only to snuff out the fires but also to recharge the reservoirs and streams.

Temperature-wise, yesterday’s charts are just bearish. That said, morning lows have been chilly. 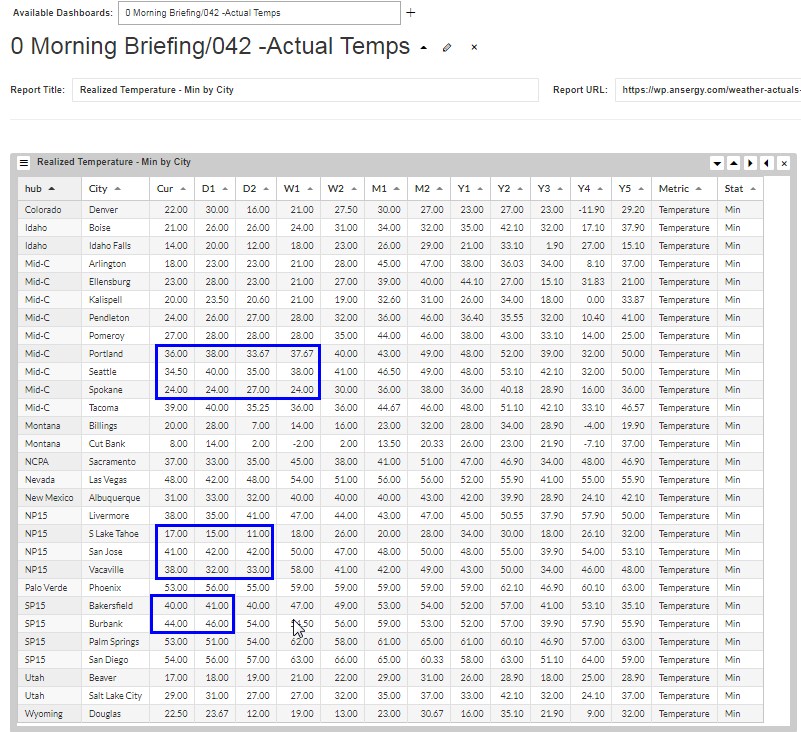 We updated the dashboard to return Minimums; last week it was set to Maximums, but for the next six months all we care about is Minimum Temperature. And those metrics were chilly; both Seattle-Portland set lows in the mid-30s, so did Sacramento.  The Sierra’s were a bone-numbing mid-teens. Even Burbank basked in the mid-40s. 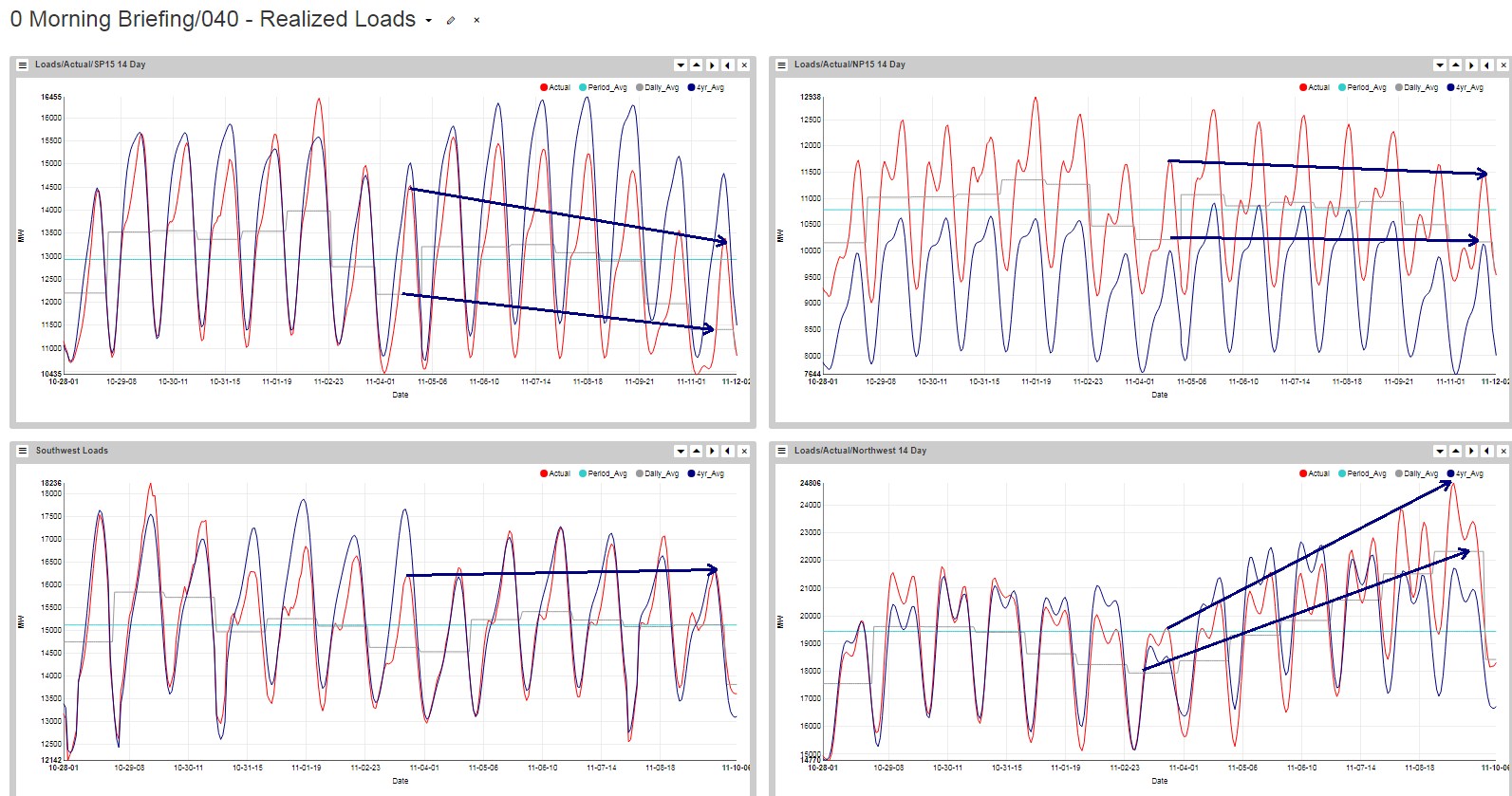 Those plunging Burbank temps just pulled average and peak loads down; SP was in CDD mode last week, now it’s in NDD mode as in “No Degree Day.” NPs power loads were sideways, but we’ll show how its core gas demand has rallied hard. Then there is the Mid-C, the hub went ape-poop load-wise, check out that morning peak. Off-peak, anyone? 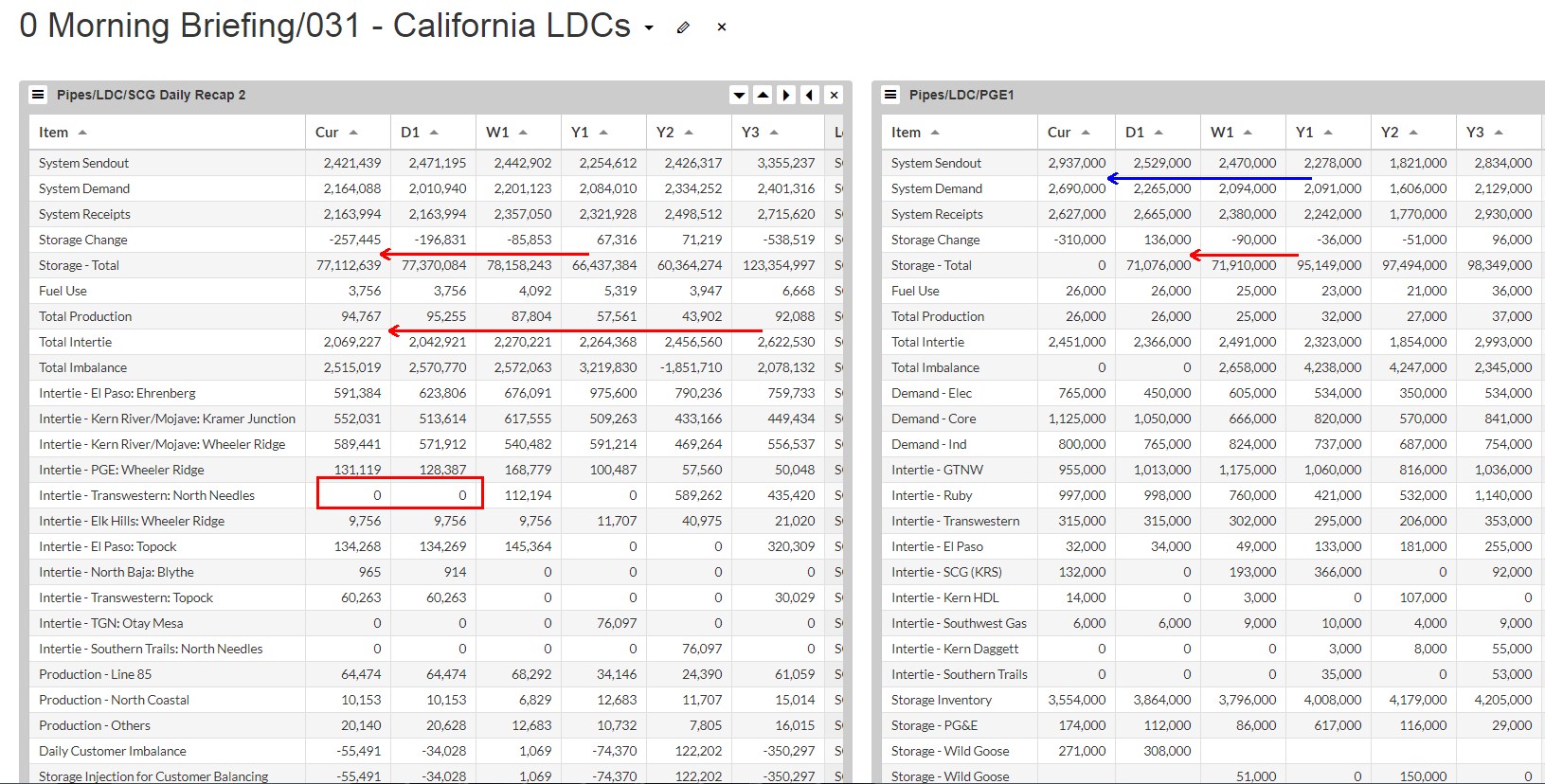 Check out PG&E’s total system demand, up 600 MMCF from last year (and last week) driven by those min temps. Storage totals are mostly unchanged from a month ago – Socal is 11 BCF ahead of last year and PG&E is 24 BCF behind last year.

We also took note of Socal’s total interties; these are off 200 MMCF from last year and 600 MMCF from three years ago. This is an excellent way to measure the total haircut in supply at Socal. We also were surprised to see the Transwestern changes over the last week; let’s look closer.

And Needles tanked! OK, nothing is easy in Kalistan; where they giveth they taketh, unlike Canada where a repair to a pipe means more gas. In Socal, it’s like “whack-a-mole”; they fix one section and curtail another. It’s almost like they want to run out of gas and term prices more or less reflect that conclusion.

The March-April each set contract highs but are dwarfed by the Winter premiums seen in the Dec-Jan. Given the weak intertie fundies, but solid storage totals, the market is betting on extended Burbank temps in the mid-30s. We’d take that bet given the trends of late, though the price of wrong will be high, way higher today than a month ago, because of Enbridge. It is hard to get record cold in LA and not have the same in the Northwest where there will not be enough gas to serve load under bitter cold, design-day, weather.

Yet there are signs of recovery on the Westcoast pipe. More than 50% of the reduced capacity at Station 4 has been restored; not true at Sumas but that is 1000 miles further south, though that looks to be building. Meanwhile, none of the Puget-area turbines are running, despite those cold mornings.

Export flows (to Sumas) are projected to move up to 471 MMCF from 397. Still, flows are way below normal and a Siberian Express-like event will create problems. The price reflects that conclusion.

Like Socal, Dec-Jan remains strong, but the market has sold off much of the Feb-March premiums. Note the odd spot prices on GTNW – all the Northwest hubs are trading above PG&E, reflecting the dearth of Northwest gas. 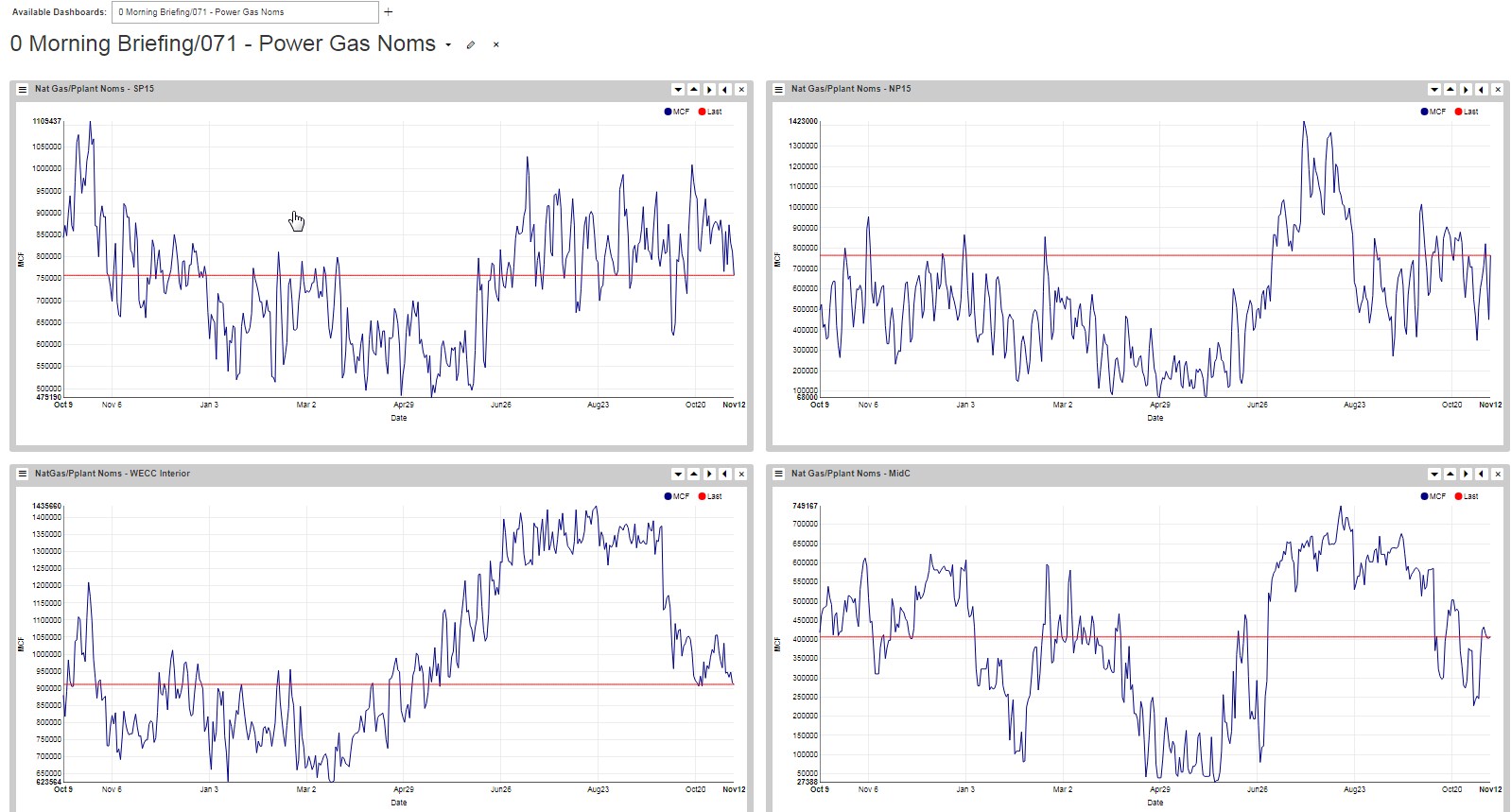 Contrast these MidC gas noms with the power demand chart; hardly correlated because BPA is leaning on hydro to fill in the gap. 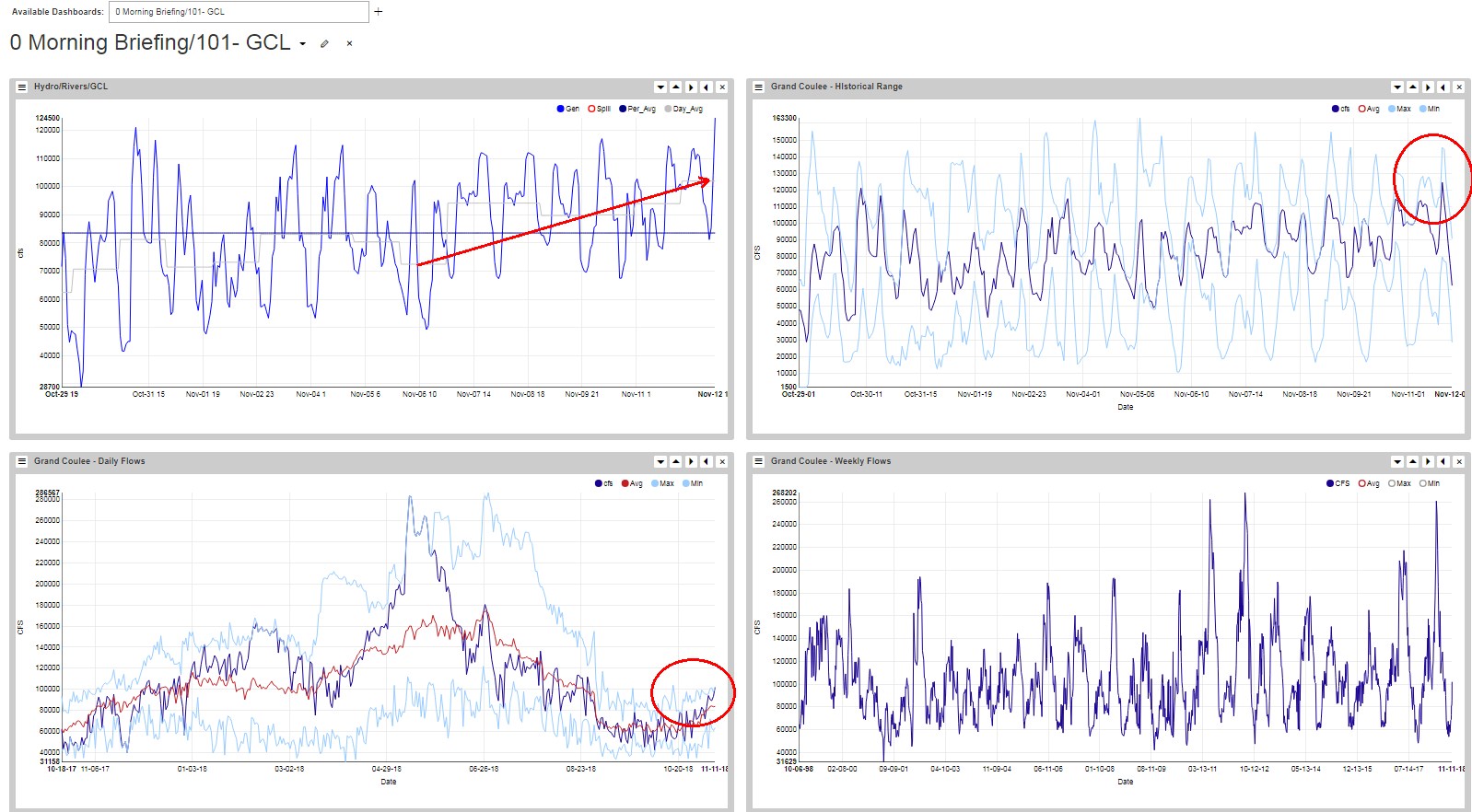 Production out of Coulee is way up; flows over the last couple of days are at near-record (ten-year) levels and not because it rained gallons on the interior Northwest. No, these are drafts to serve load and the game must be betting on increased Sumas flows so they can turn on the Puget turbines; until then, they’ll lean on their hydro.

That induction is supported by Friday’s NWRFC 10-Day, here we see significant bumps in energy across the ten-day (big versus last Monday’s STP). I’d expect to see BOM rally in today’s STP, but those upward moves will be paid out of Dec-Jan cuts.

Apologies for the small plots, this is a new dashboard that was built off of discharge out of all of California’s reservoirs.  There are more than the 12 in this report; I think there are about 18 in total in our Rivers Report. The first one is an Index of all 18 California Reservoir discharge. We still have the old reports but find this one to be more telling how the ISO is managing its system.

And it seems they are husbanding scarce water molecules, average production for both HL and LL are at or near twelve-month lows.

If I were to guess, I’d say those cuts in ZP and NP solar are smoke-related. California, it seems, can’t go a whole month without some new natural disaster. Reminds one of that movie, 2012, where the entire state slides off into the Pacific, never to be seen again. 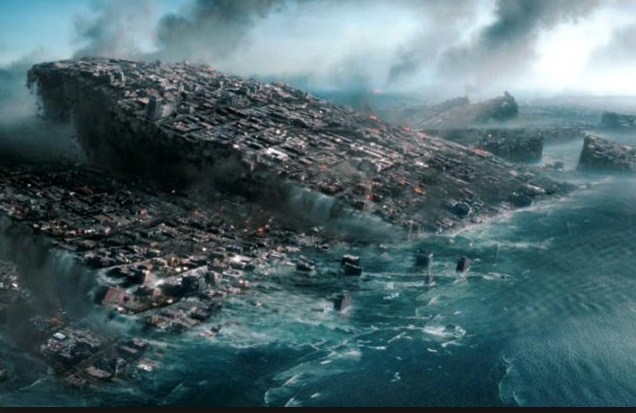 And in the background we can hear Trump tweeting “see, payback’s a bitch.”

BC is importing big energy from the Northwest which surprises me given the high spot prices; perhaps their expectation is for even higher prices? Another scenario might be that BPA wants its treaty storage refilled after pulling it down 2 MAF last summer. The AC’s capacity was restored but didn’t matter; the line is utilizing about 25% of the capacity. Path 15 uses even less, they could open the north-bound line and no one would notice. Palo got tired of paying congestion charges and quit sending power to the ISO.

Choppy, but hints of bullishness. When this weather pattern (cold in the east, warm in the west) breaks it will do so suddenly, and the market will soar. The risks in shorting these warm anomalies are that you get caught in one of these shifts, which could occur between a 0 and a 12Z. There wouldn’t be time to cover your shorts and we wouldn’t take that risk, not with the precarious nature of WECC gas. But, more on those strategies in Part Two.