Just got back from WSPP; was a good conference. I’ll post my presentation later this weekend. For now, we’re focusing on the Enbridge explosion and have created a dashboard with several charts and tables which do a good job summarizing the impact to MidC.

You can find the new dashboard in the Ansergy Dashboards / Morning Briefing. I’ll highlight a few of the reports. 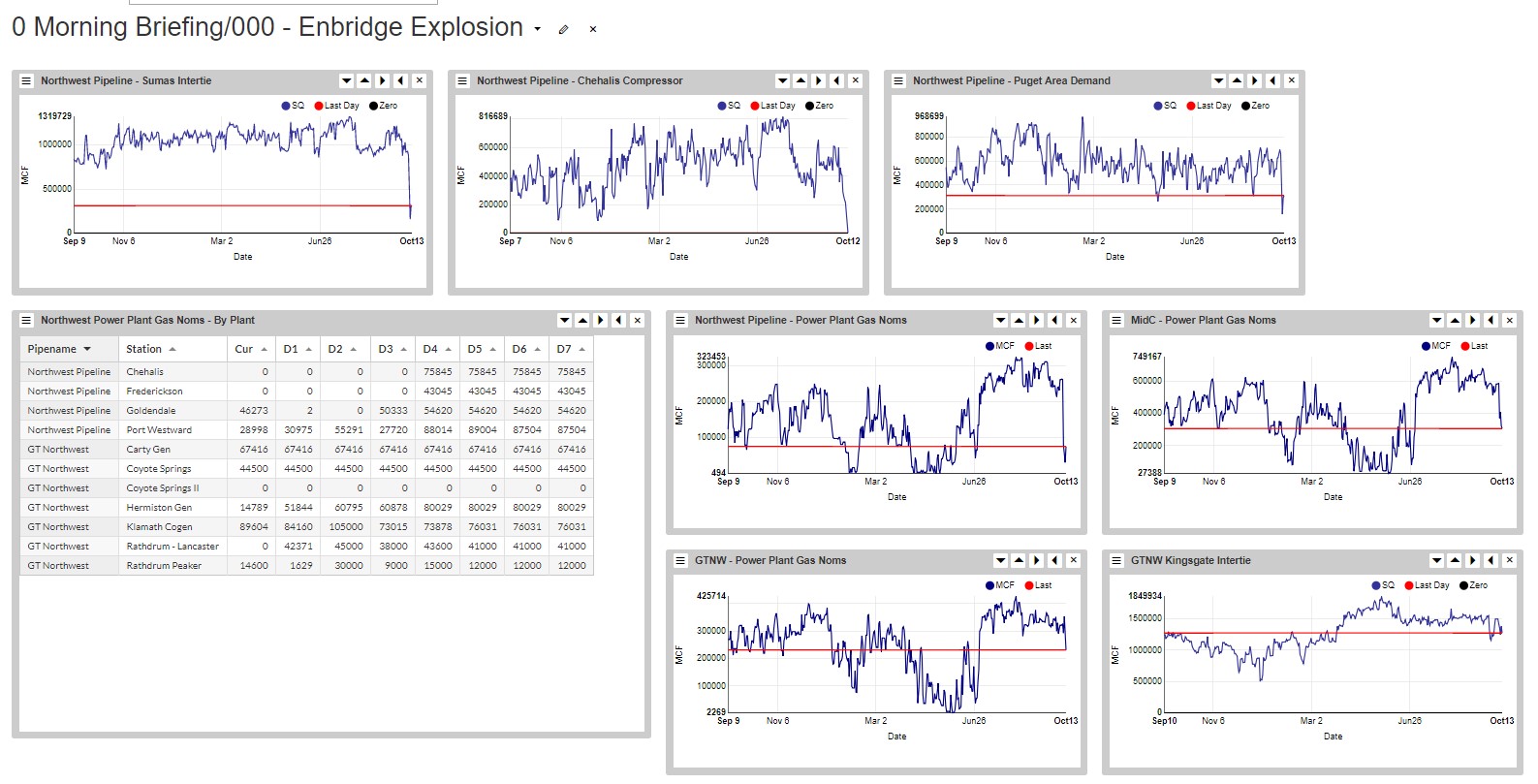 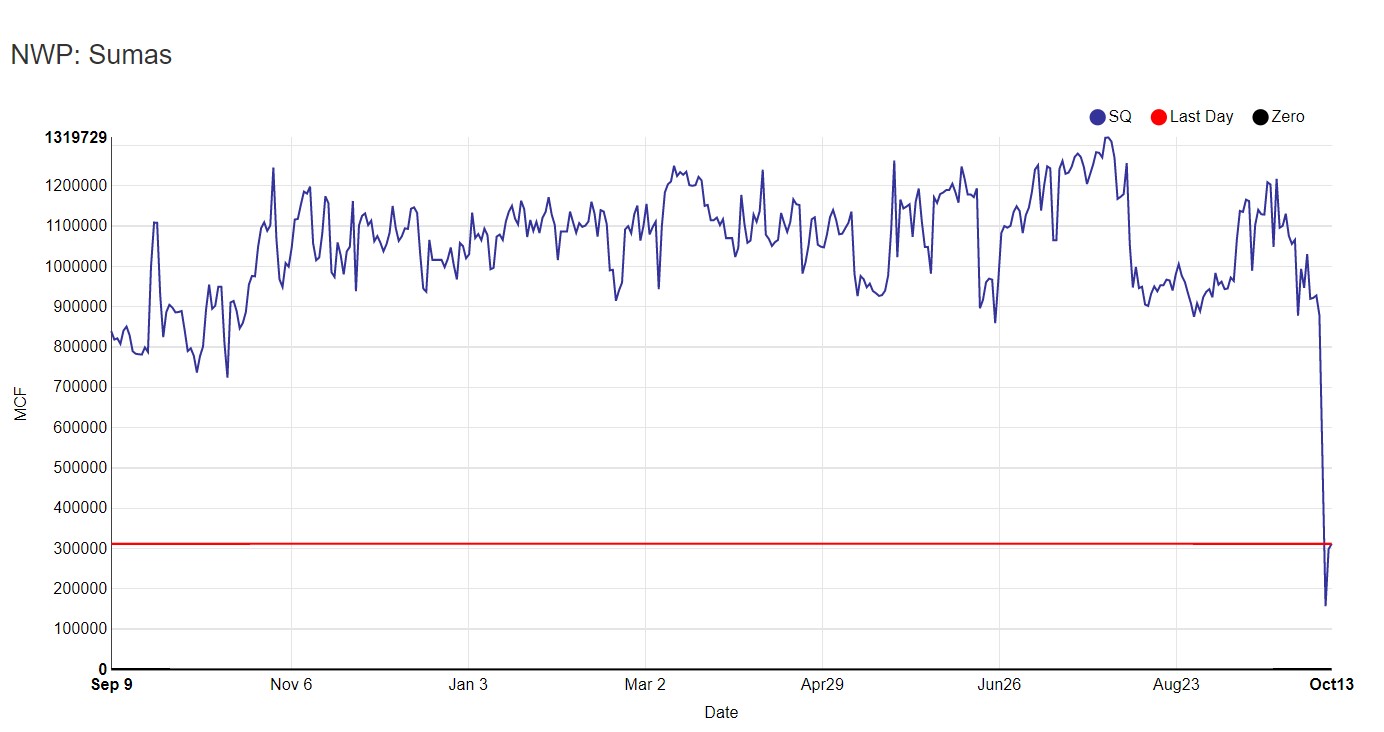 This chart plots the gas flowing from BC to MidC as measured at Sumas. Note, the nominations have increased 100 MMCF since yesterday. 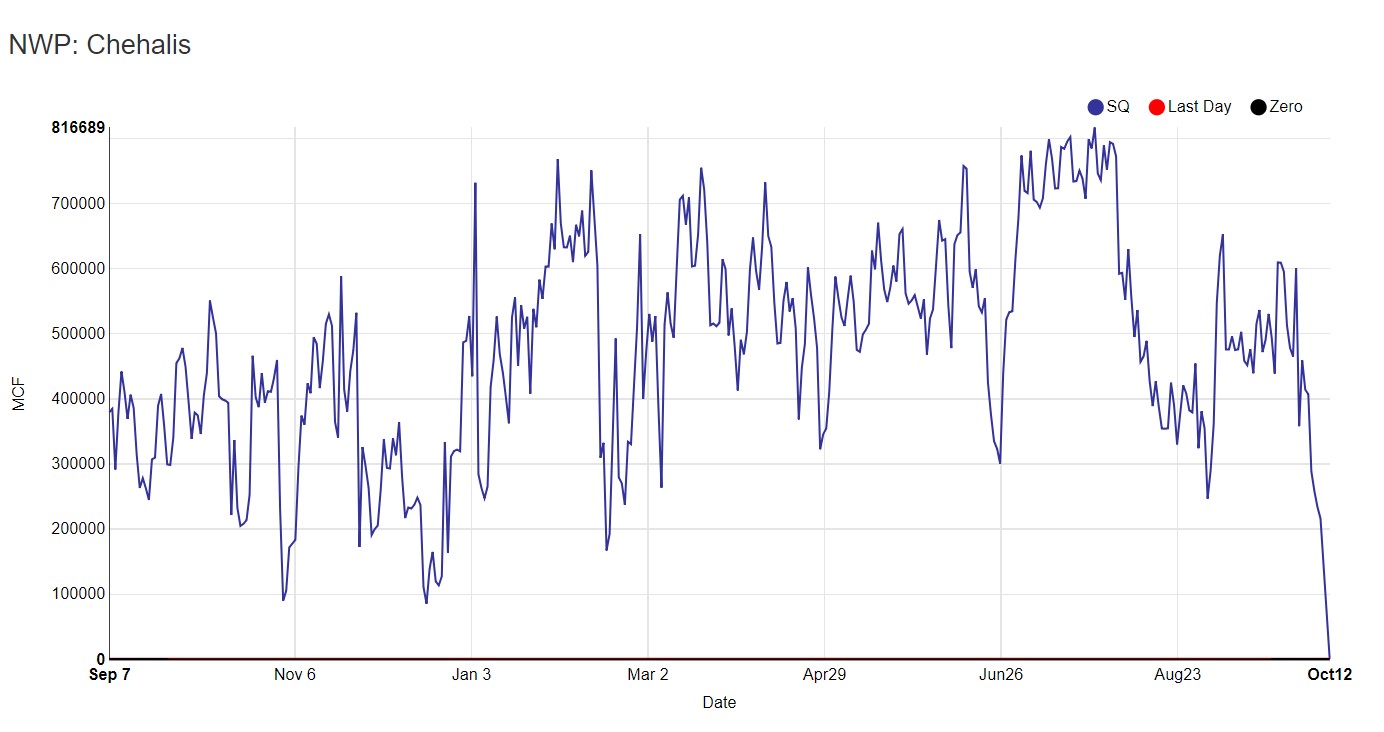 This point measures the gas flow through the Chehalis compressor. Note the flows are zero as of the last reading, which is odd given that the Sumas was up 100 MMCF. I’d question the validity of a zero reading, but that is what was posted on Northwest Pipeline as of an hour ago. 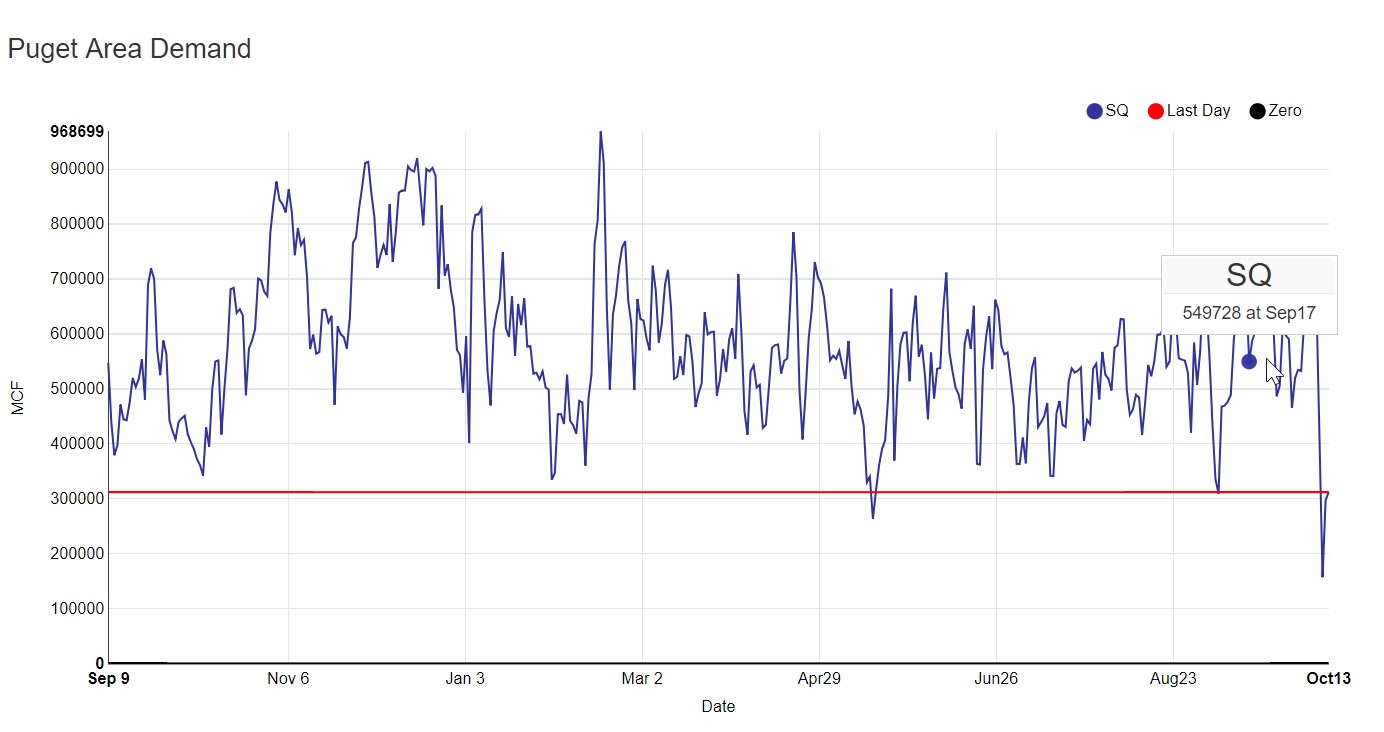 This chart plots the difference between Sumas and Chehalis which reflects the Puget Area Demand. Since Sumas is up 100 MMCF and Chehalis is at zero, the supply increase all reflects more gas burned by Puget.

This is the same report we’ve frequently published except its sorted by pipeline. Note the nominations for the Puget area plants are zero, and also take note of the increase in noms for the GTNW plants. The load is being shifted to GTNW’s plants, hopefully, they aren’t scheduled for maintenance.

The silver lining in all of this is the DC is going to zero which is about equal to the loss of the Northwest Pipeline gas units. That buys the MidC about four weeks before the line returns. That’s the good news; the bad news is the Northwest is just beginning its heating season. Here is a plot of last year’s Gas Demand:

From October 3 to November 5 demand increased by 700 MMCF and ultimately crested at 2.3 BCF, or 1000 MMCF higher. And last year wasn’t exceptionally cold; 2016 posted higher demand. Point being, there might be some cold homes in the Northwest if two things happen: