The highlighted products are discussed below. 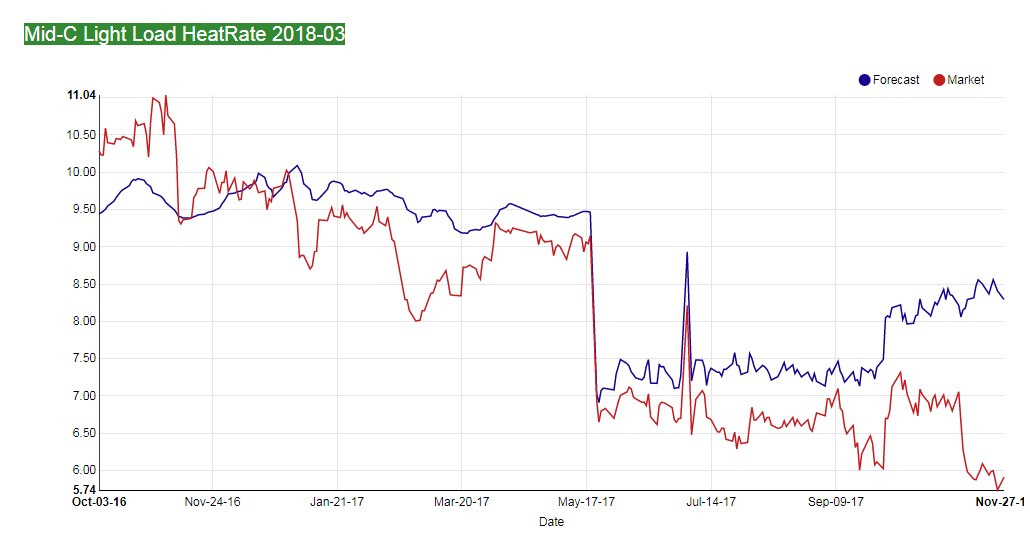 The market hates the Mid-C springtime and includes March in that block; the off-peak is now trading a contract low for no fundamental reason. Sure, it was wet in October; the SWE anomalies were 200-300% of normal. In other words, there was one more inch than average. Now, today, the anomalies are normal or slightly above, but we are staring at 21 days of below average precip. That has always been my wake-up call to either buy back “some of the” shorts or start going long. I certainly wouldn’t be in a “bet the farm” short on MidC in late November, way too early. I wouldn’t be surprised to see low 90s at GCL’s water supply # by mid-Dec (if this 21-day outlook holds). In that case, you need to be long and buying contract lows will be a “wet” dream. Hey hedgers – same is true for you – if you are short the Q2 off-peak it might be a good time to cover; if you are long, hold off. 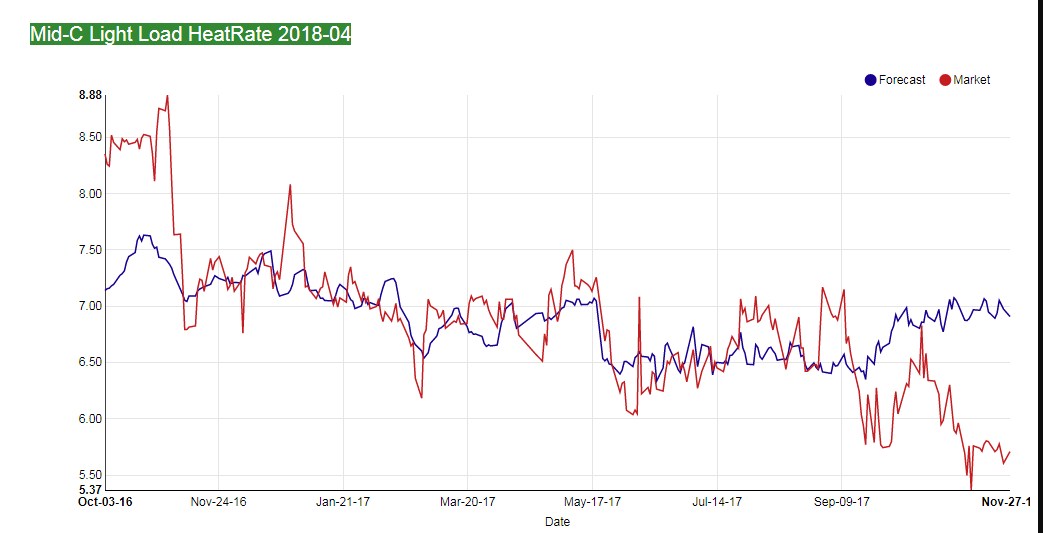 Same trade, just April instead of March. I like the March more because it is closer in, will have more demand and get price response from Jan or Feb cold snaps, and it is a fade off last year’s one in twenty low-level snowmelt. April can be wild with drafts for flood control, but still, this one is cheap, too. 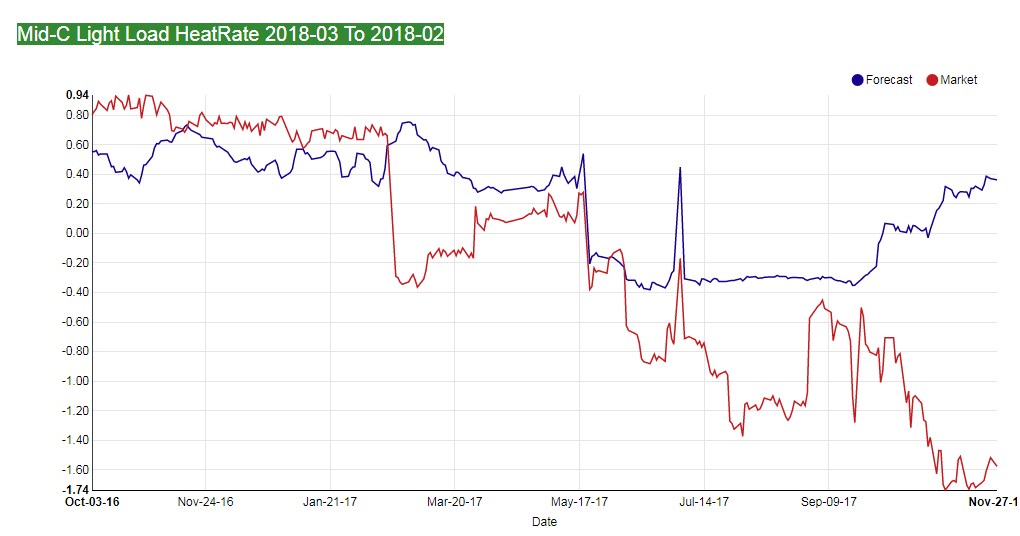 We’re beating the Mid-C drum today, but that’s because you beat it down like a dog that pooped on your carpet. This is a roll, off-peak, and has just bounced off the contract low. Most of this is priced off of last year’s settles – don’t do that, last year was anomalous and has a low probability of repeating itself. The off-peak will rally off of cold and March will rise in sympathy. The Feb is priced too high, relative to March, and this roll should be owned. 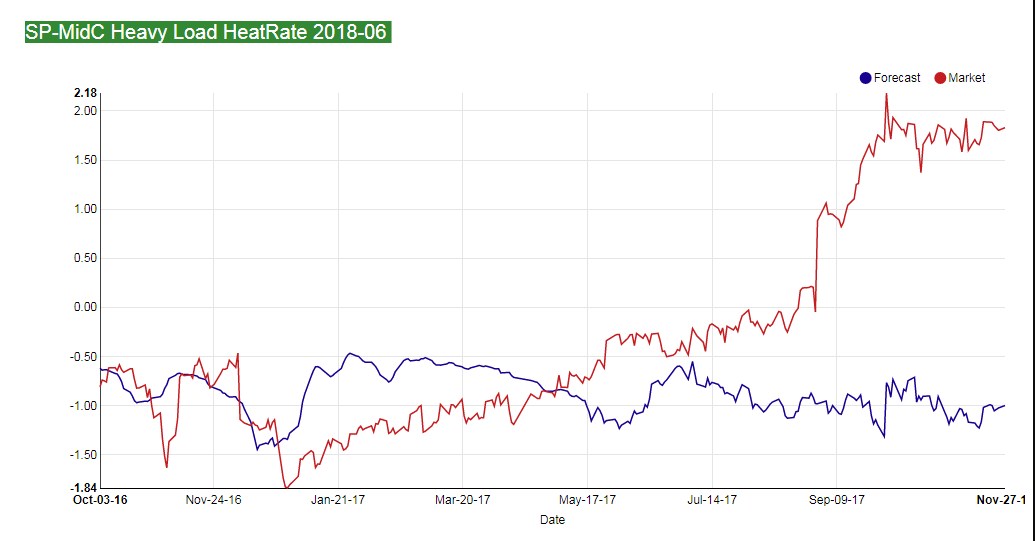 All things SP have been gold for the last eight months — that too shall pass, and when it does all things SP will be, in a word, pain, unless “owned” from the short-side. This one appears safe to short, it hit the highs two months ago and can’t move up anymore. Once we get a few crappy SP DA posts, all things SP will stink. 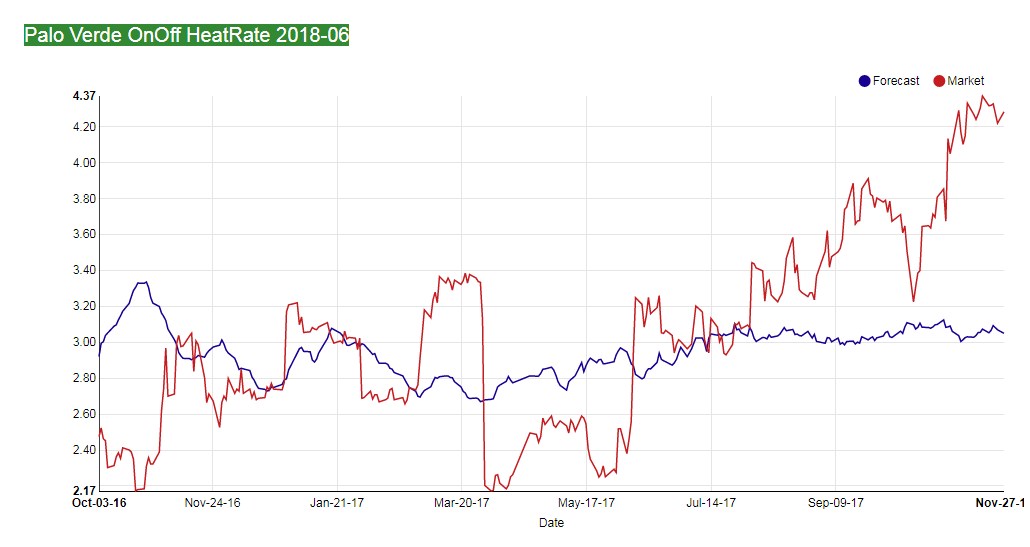 The Palo June On|Off has rallied from the low 2s to mid 4s and has just enjoyed a big surge in the last month. Now it is priced so high everyone is wondering what they did, and it would take only a single trader to crush this back to reality. 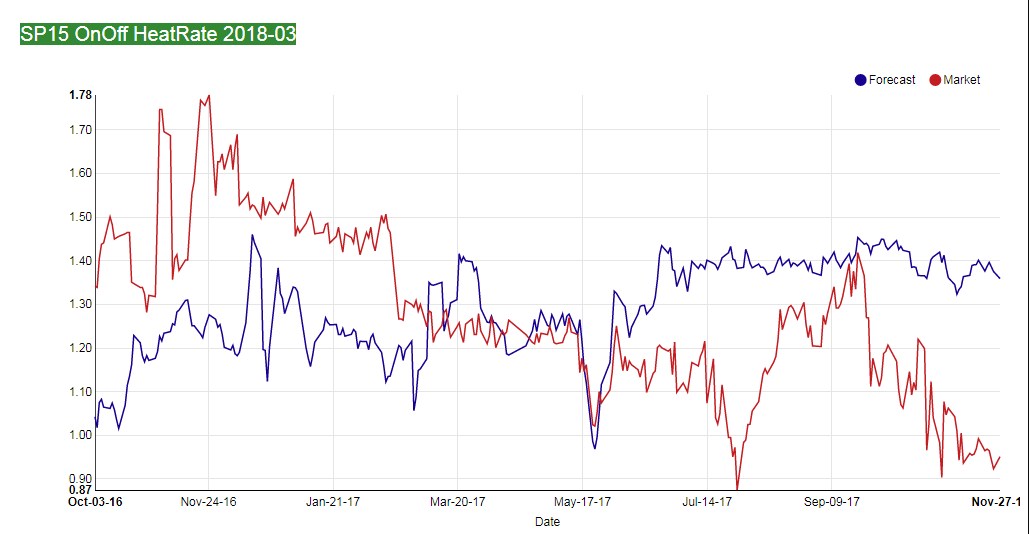 Everywhere else, Light Load is despised, but not at SP, here they love the off and have driven the on|off to near contract lows. Last time it was this low it nearly doubled in four weeks. 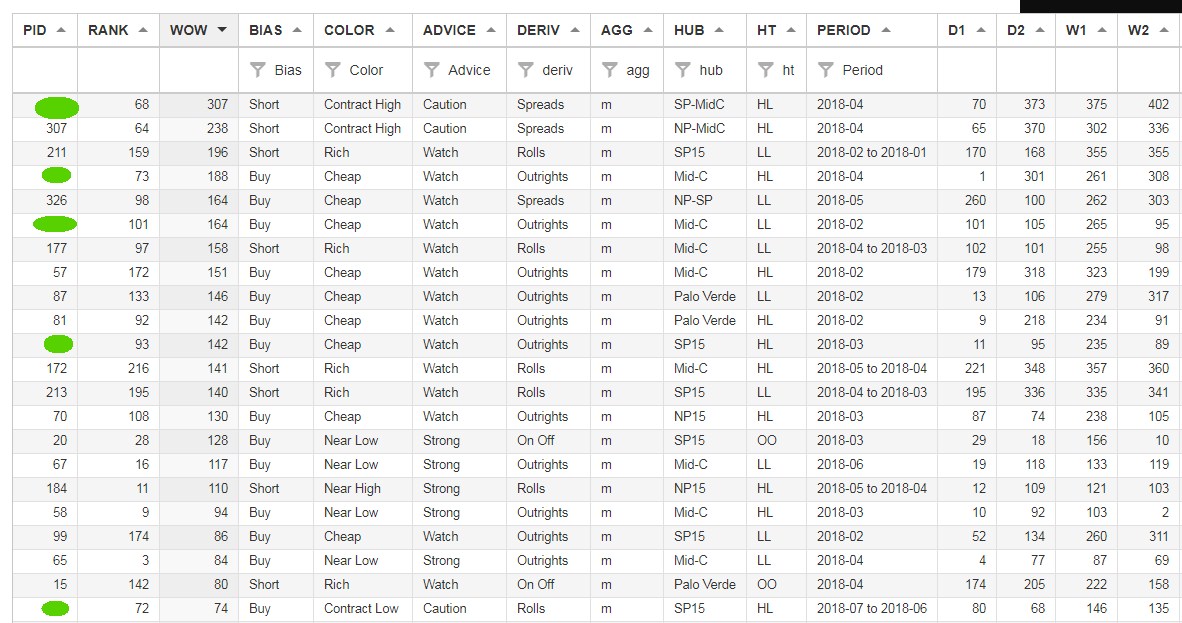 In this view, we sort on WoW (Week on Week change in Rank) descending which puts the most significant moves up in rank at the top. 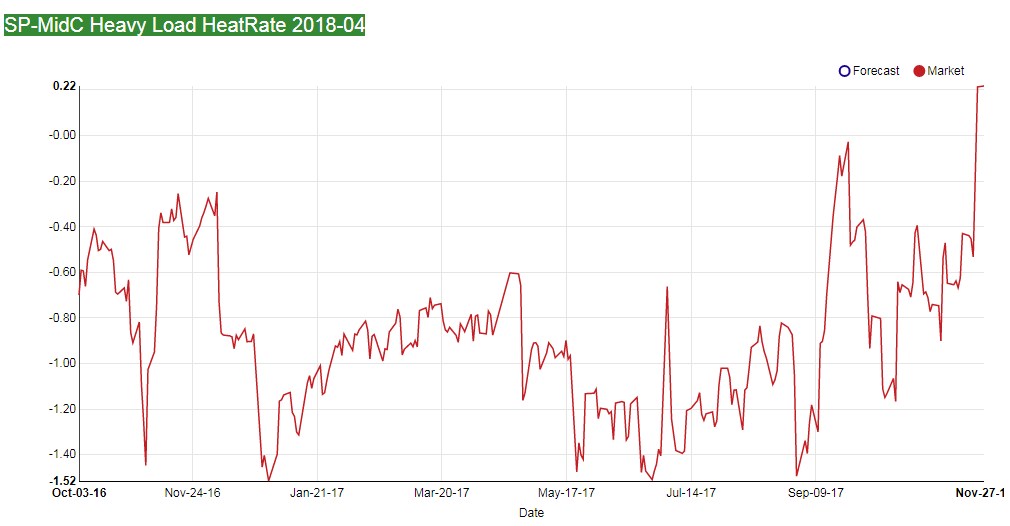 The spread has blown out and is now a contract high – why, we ask? MidC is going dry; SP is going into that hell called winter. 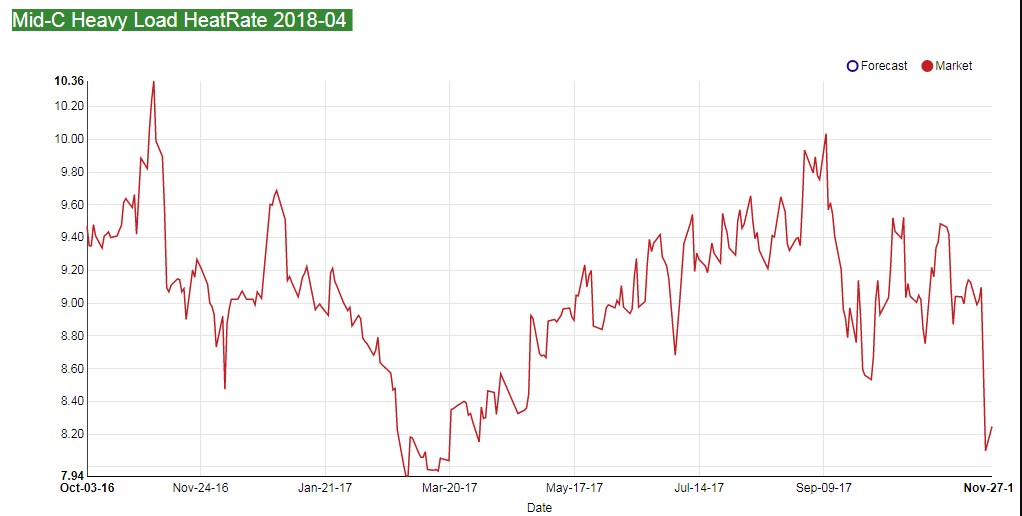 Asked and answered – the market has destroyed the April MidC onpeak — for no reason. This violent move downwards needs to be faded. 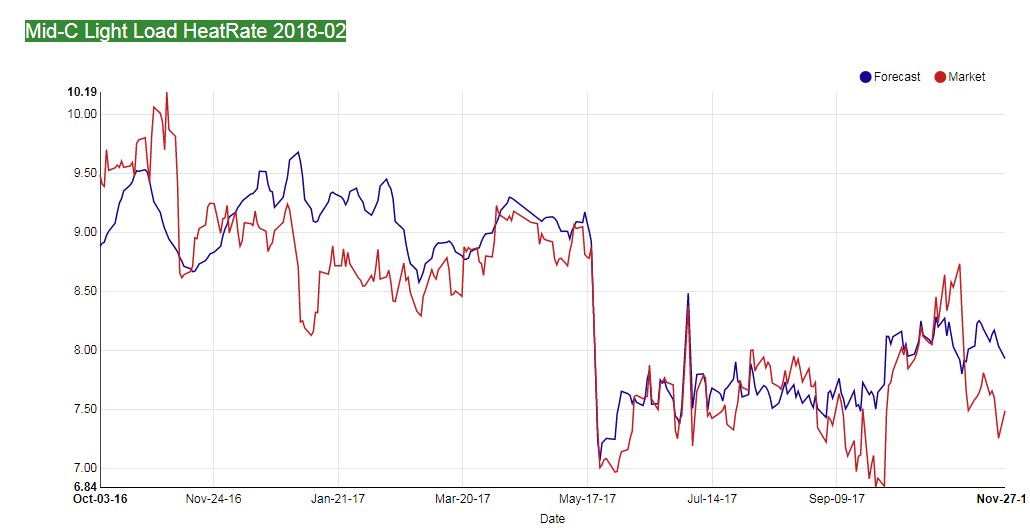 The Feb Off-peak at MidC had a big move up in ranks, mostly because it is very cheap. Keep in mind, the Mid-C is growing cold, there are a string of days below average, and now it is also going dry. Reservoirs are below normal in the Northwest and just average in Canada. 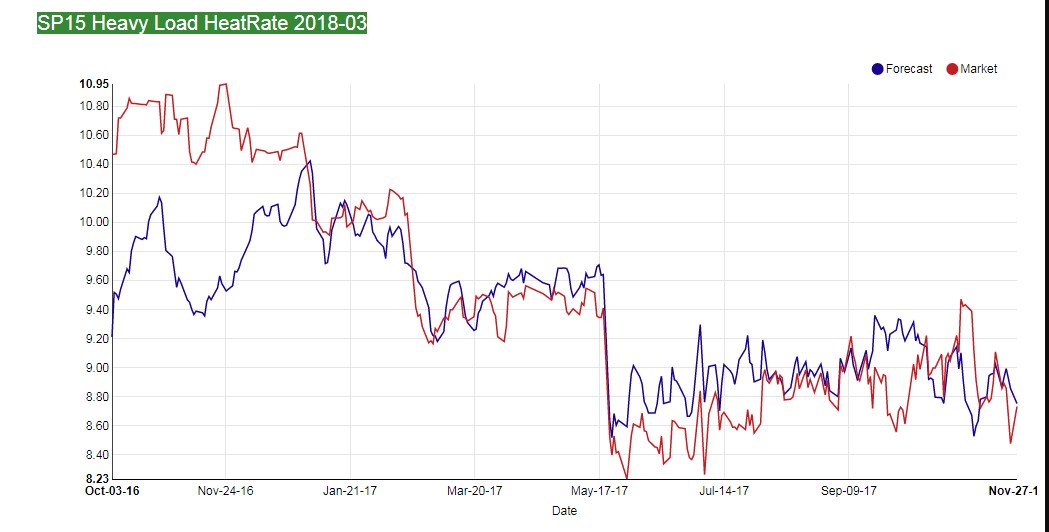 The chart isn’t compelling, but it is hard to find anything to own at SP; we think this is the exception. That said, the MidC presents better opportunities to deploy VaR. 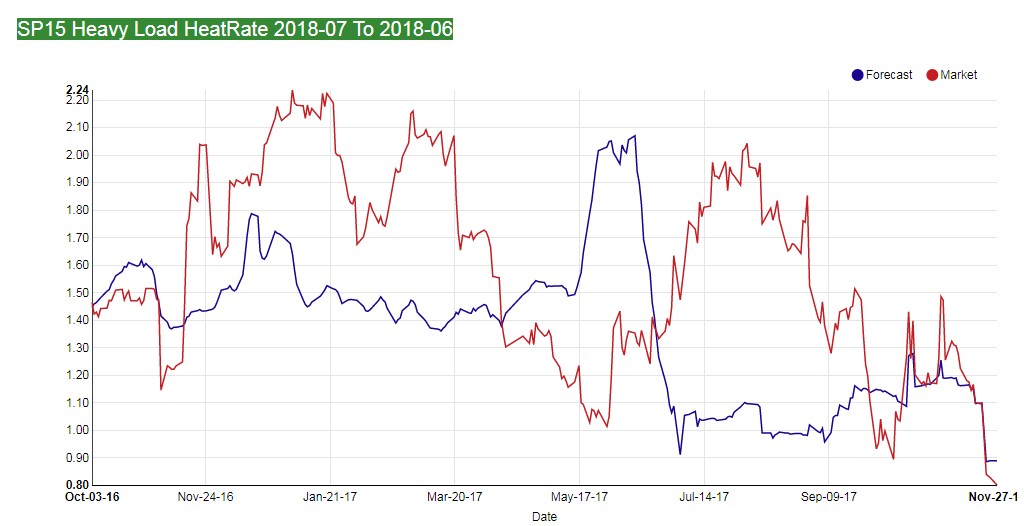 And then there is the July to June roll at SP, which is now trading at a contract low. WHy? Easy answer, last year’s settles were really low and, of course, next year will be identical. Hah. For one, last year saw the ISO with biblical hydro energy, this year, unless it starts pouring, will be back to the ordinary world of dry.