Mid-C daily max demand seems to have begun another trend compared to last year as this summer has been consistently higher than last’s, especially in July.

The year-on-year difference in demand in NP widened to 1,230 MW yesterday, essentially a continuation of that trend beginning last week.  Loads are up 800 MW week-on-week however, and the daily average was at its highest point since the 17th of July. 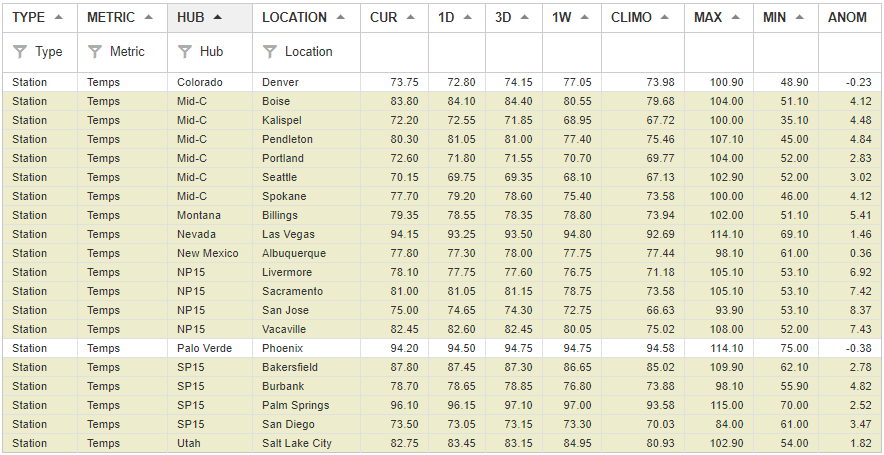 NP-15 continues to lead the way in terms of aggregated temps, while Phoenix and Denver mark the only stations with below-normal average temps over the next 10 days (albeit just a few tenths of a degree for each).

90-degree temps in Phoenix will return for one glorious day (the 29th), as the forecast took a sharp drop from yesterday, decreasing three degrees.  In fact, the rest of the month saw its forecast decreased, though that still only amounted to a single day in the 90s.  it’s a way out, but there forecast is holding on to its cool-down period in mid-August.

If the 98-degree day on the 29th holds true, it would mark the second-lowest high since early June.

Much like Phoenix, the next three days are forecasted cooler in San Jose than they were yesterday, though the area should remain well above normal until the second week of August.  The forecast peaks at 90 degrees on the 4th, but doesn’t look like it will touch that point again, at least not through August 17th.

Mid-C can pick up some steam moving into August, particularly in Seattle where there are now three consecutive 85-degree days forecasted to start the month.  This is equivalent to 8 degrees above normal, and a five degree jump over yesterday’s forecast.

Portland will make a move into the 90’s during the same warm up, and will peak at 92 on the 3rd.  This would set a new 10-year high for that day and push temps to 12 degrees above normal.  The forecast then quickly falls back to normal through mid-August.

We’ll round out Mid-C with a look at Spokane and it’s no surprise it too will be hot, though in a sharp change from yesterday, Spokane lost its forecasted triple digit day on the 1st, and now projects just 96 degrees.  Also, worth noting the warm up in the second week of August was completely nullified by today’s forecast, dropping 10 degrees from on the 9th.

A cool Denver forecast got even cooler today as the area should be more than 8 degrees below normal for four consecutive days beginning on the 29th.  From there, the forecast calls for a return toward normal, but there isn’t a significant warm-up any time in the near future. 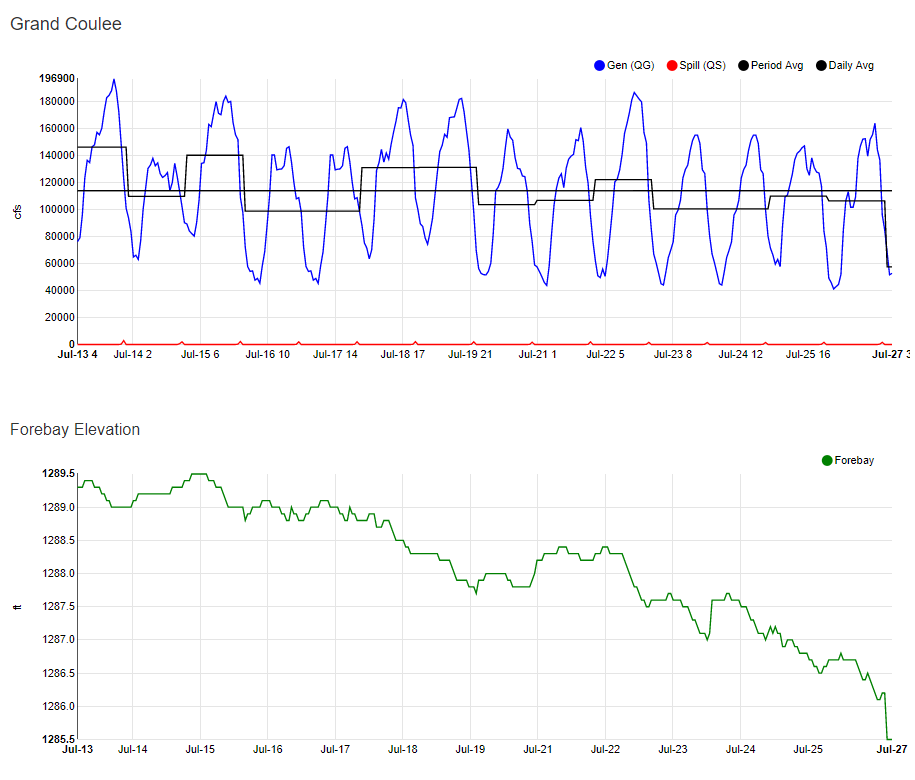 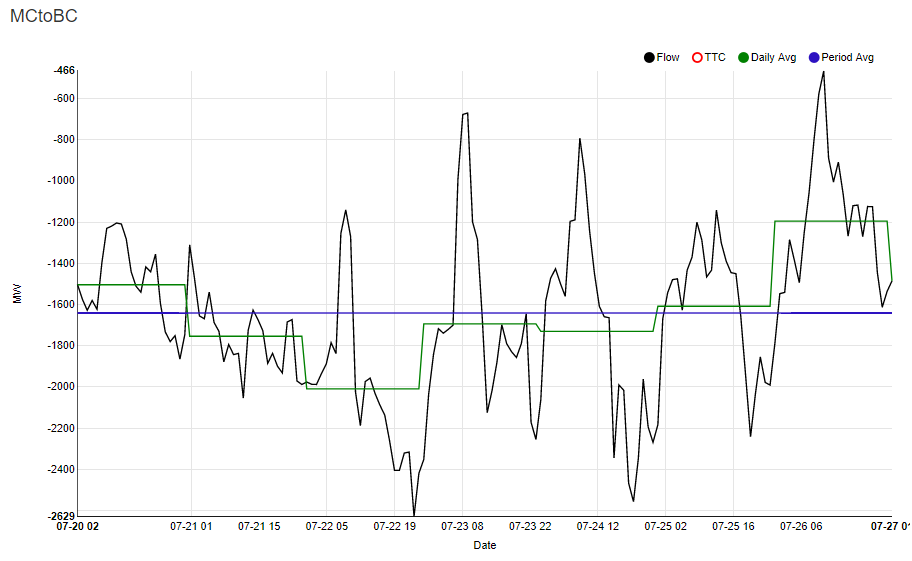 Flows into Mid-C from BC slowed down by more than 400 MW in the daily average yesterday, particularly thanks to the spike at 11:00 AM that saw flows move to -466 compared to -2240 12 hours earlier.  Yesterday marked the second consecutive day of decreased southerly flow, and pushed the weekly average to -1,641 MW. 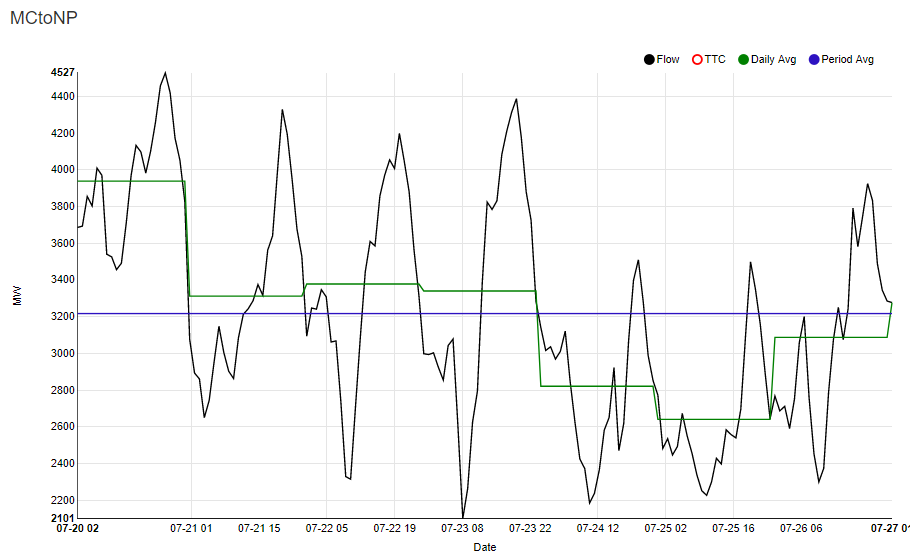