All hubs are up day-over-day.  SoCal Citygate showed the largest nominal increase with $0.45, or 13%.

SP15 loads rallied yesterday to peak 76 MW higher than last week.  Year-over-year load totals continue to peak at nearly the same levels having a difference of just over 300 MW.

NP15 is up 586 MW year-over-year, bucking the trend of lower demand over the previous week.  Demand is up 398 MW week-over-week.

Year-over-year loads have swapped positions as Mid-C begins to cool off considerably.  2016 demand is up nearly 3000 MW over last year, and up 2756 MW over last week.

Burbank continues to forecast above-normal minimum temperatures, though slightly lower than what was predicted yesterday.  The minimum temp on the 9th should be 12 degrees above normal. 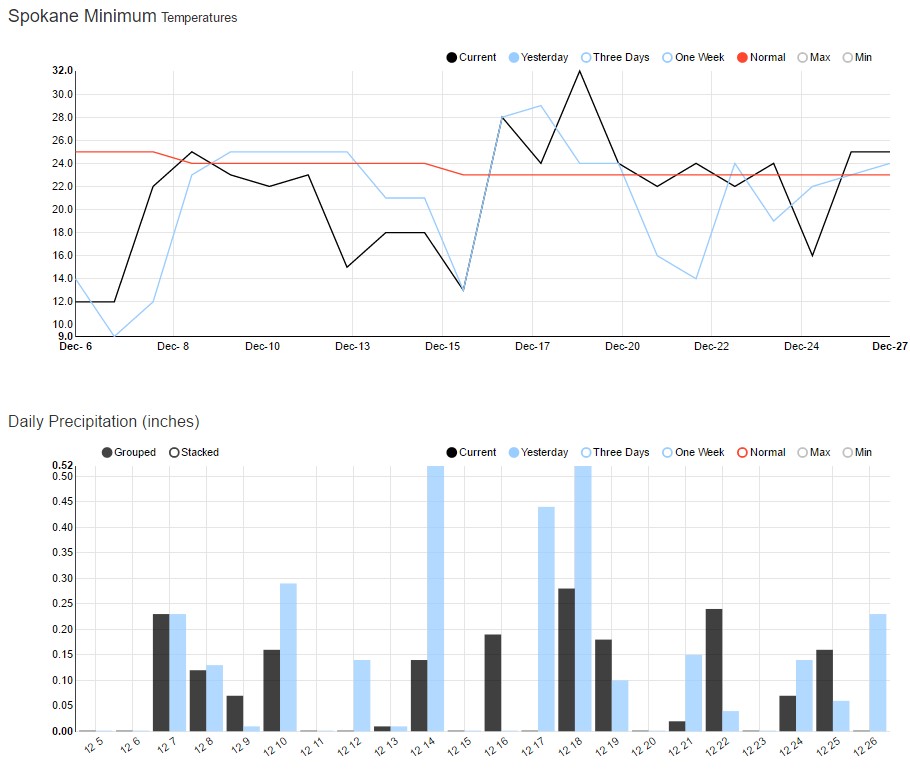 Cold temperatures are expected to hit Spokane and the Inland Northwest a day earlier than forecasted yesterday.  A decent amount of precipitation should join the cold spell to create a nice blanket of snow in the region. 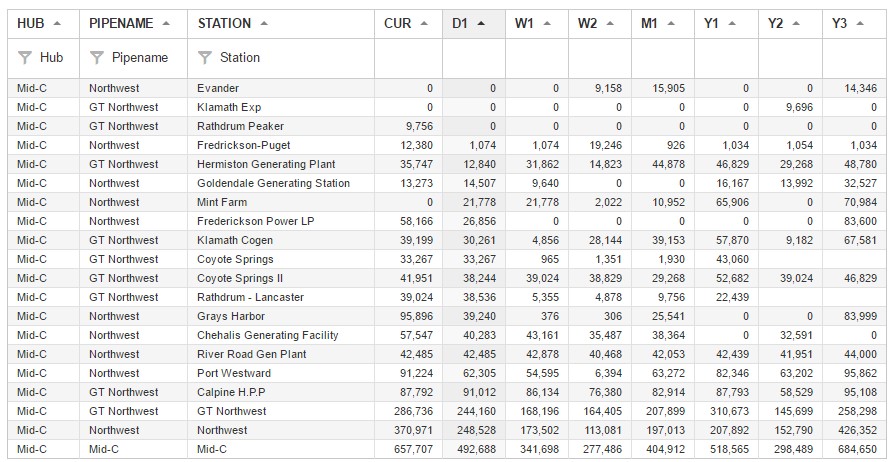 Demand increased in all hubs aside from SP15 where it dropped just 25 MMCF.  Alternatively, NP15 increased 189 MMCF.

Solar generation could have potentially large days today and Thursday, where both could produce more than 6600 MW.  Last week peaked on Saturday with 4919 MW.

As the first real coldfront of the year moves into Mid-C, it doesn’t look like it will bring much wind with it.  Wind generation is expected to peak tomorrow with just over 3100 MW, down over 1300 MW from last week’s high. 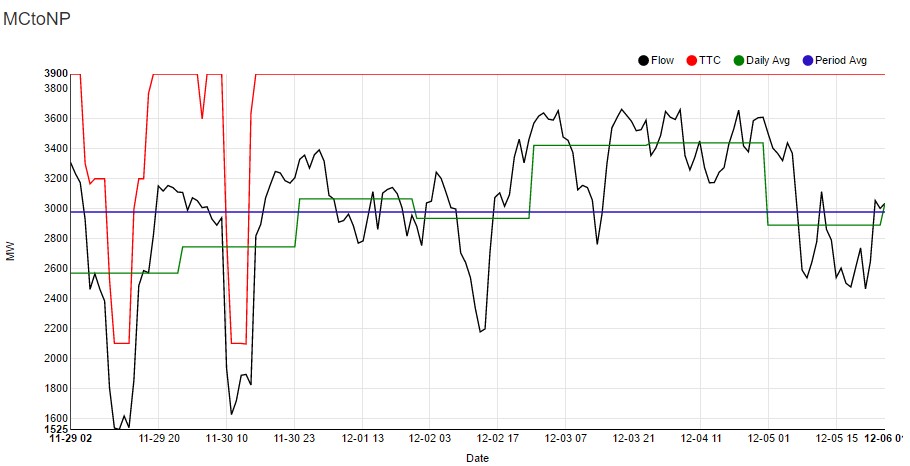 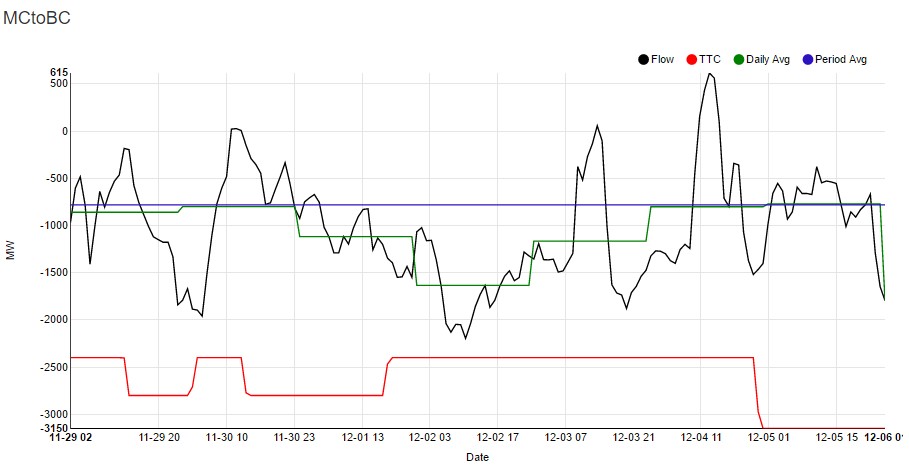