A few things to highlight as we move into the end of the week.

Prices are generally below yesterday, especially as we head into the late-morning hours.

LMP held steady for most of yesterday aside from a very sharp peak at 4:00 PM where it reached 491.

Gas is down across the board, and is highlighted by the 12-cent drop in SoCal Border Avg.

Congestion has decreased a bit from the high on Tuesday.  Seeing some interesting PV prices early-afternoon for the 29th.

Loads look to be surpassing last Thursday’s levels in Mid-C, and continue to generally be lower than last year.

Year-over-year loads continue to be over 30% lower in 2016 during peak hours.  Day to day changes are much more volatile this year as well.

Loads have slowly increased as we head into the end of the week, moving from 2/3 the loads of last year to actual increases year-over-year.  If today continues the trend, expect loads to be up significatnly week-over-week.

Similar story in NP, but with even more dramatic year-over-year results.  We could see 25% higher loads today compared to last Thursday, as well.

Today marks the beginning of lower than normal high temperatures for Portland.  The forecast suggests the cooling might end a day or two earlier than previously thought.

The next few days are going to bring some large swings in high temps as Burbank moves from eight degrees above normal to six degrees below normal.

No revisions in the cooling period that we’ve been forecasting for the past couple days.  Expect to be slightly above normal heading into next week.

Phoenix also gets to experience cooler than normal temps, though a few days later than the west coast.  Temps will be close to 10 degrees below normal beginning on Monday.

Not much change day-over-day, though the forecast remains generally above STP’s Monday numbers — especially on Sunday.

SP15 had nearly 100 MW of gas come offline.  No units were shown to have comeback online today.

We’re expecting close to 4000 MW of wind today before a massive few days this weekend — a couple of which should reach 6000 MW. 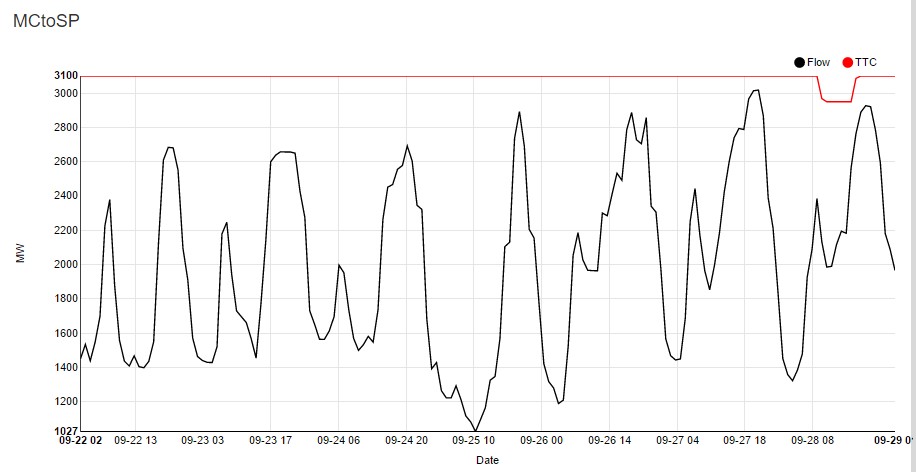 There was a drop in TTC mid-day yesterday that recovered about eight hours later. 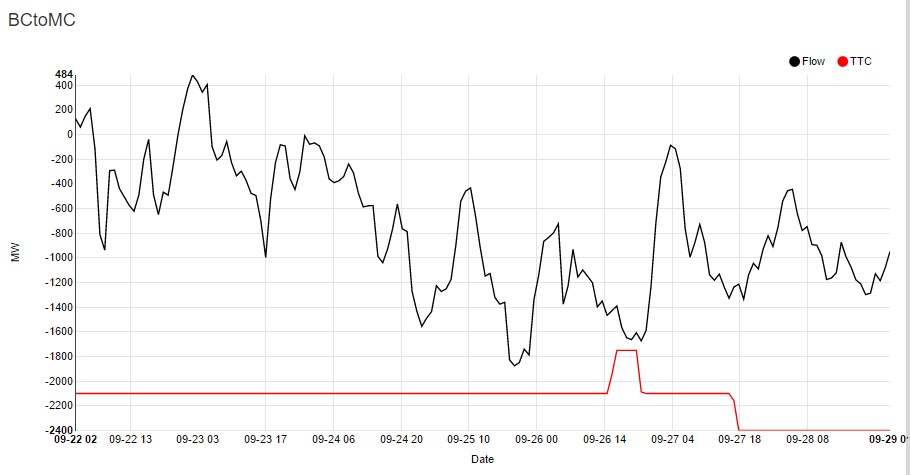 Consistent flows moving into MC throughout the week, and today shouldn’t be an exception.

Enjoy the rest of your week!