Check out the plot of projected Mid-C precipitation, it’s gonna get wet (and stay warm): 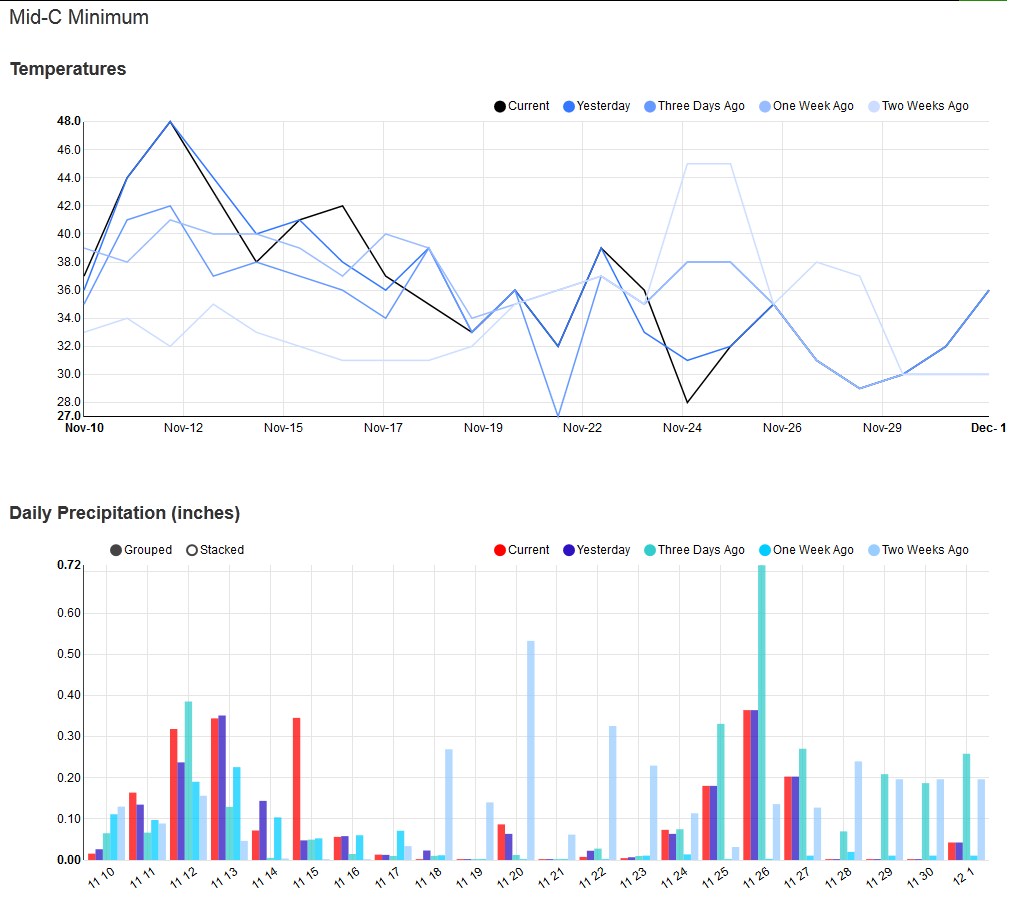 That’s a lake-load of water that will be fall across the Mid-C over the next week; since it is within a week the odds of it actually occurring are good.  On the surface 0.3″ of rain doesn’t seem like much but keep in mind that this is weighted by production plus you should be looking at cumulative over the period.  In that vein the total precip is closer to an inch, or about 5% of annual totals.    I think the RFC is seeing the same thing as their most recent forecasts have surpassed Monday’s STP for the balance of the week:

No matter how the hydro look is sliced, diced, and digested there is only one logical conclusion ….. bearish.  Bearish for the BOM, slightly bearish for the near term.  Speaking of bearish check out a new report  Ansergy will be adding next week:

This report summarizes 131 fundamental metrics for each hub in terms of bearish/bullish by comparing the current forecast or most recent historical with yesterday’s or last week’s.    All of this data comes directly from Ansergy’s Fundamental reports.  A sample of the detailed report that drives the above table can be seen below: 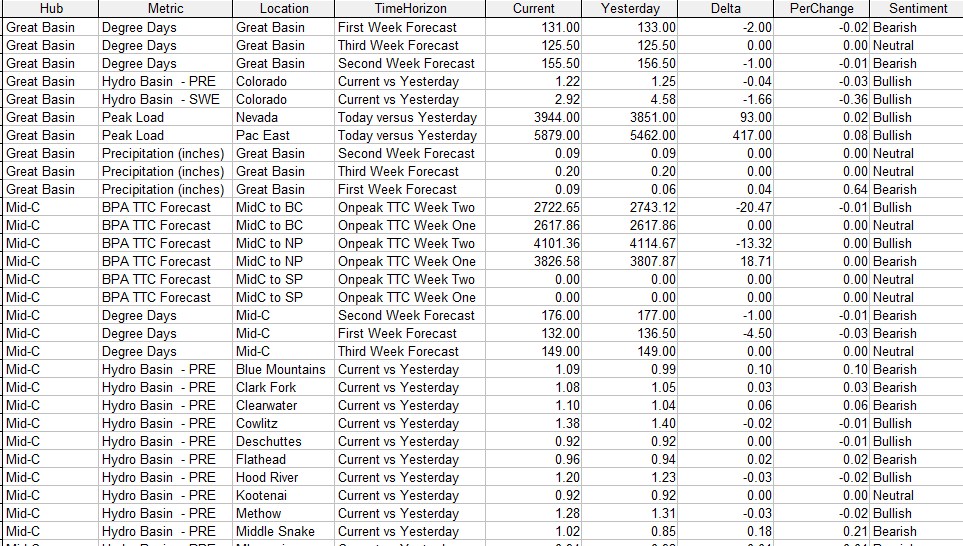 This is a truncated copy of today’s report, there are 131 hub-level metrics used.   This report will be available as either an email update or a standard Ansergy report next week.

More bearishness can be harvested from the renewables as the Mid-C and SP15 charts testify:

Throw on the ramping up Diablo unit, and the PV one is not far behind:

Tempering all of this fundamental softening is the load outlook.  The following three plots show Mid-C, NP15, and SP15 actuals: 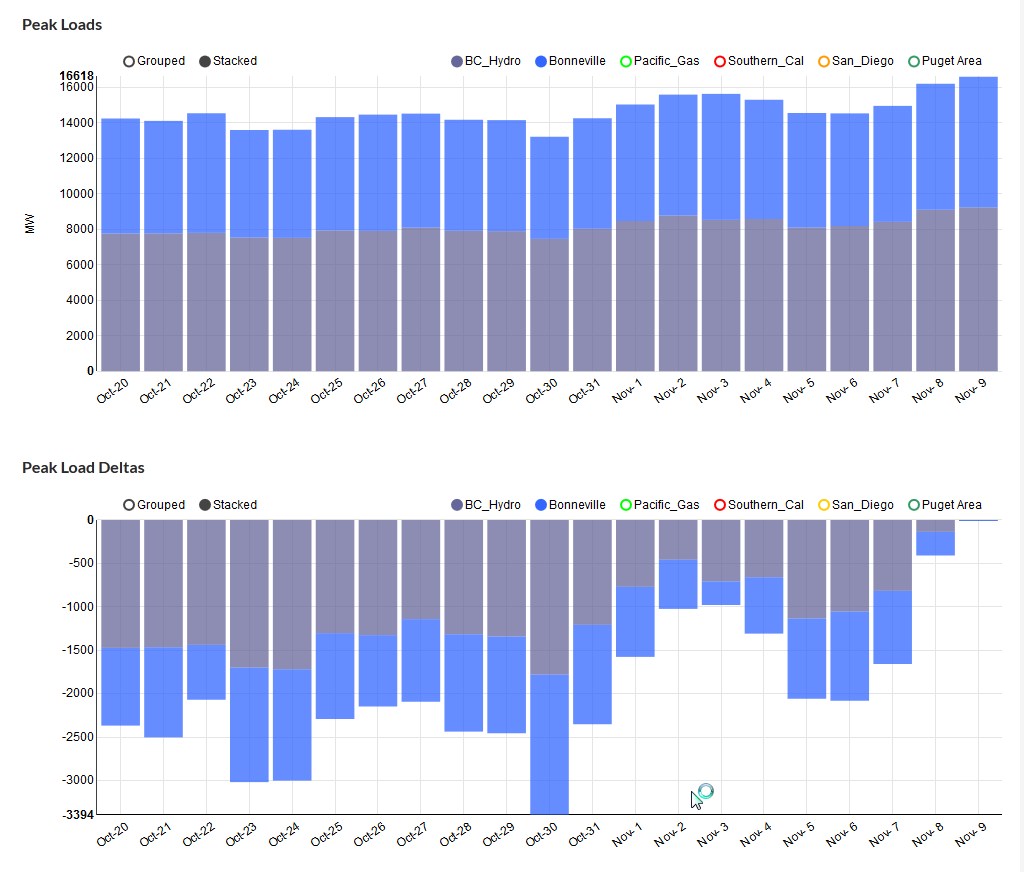 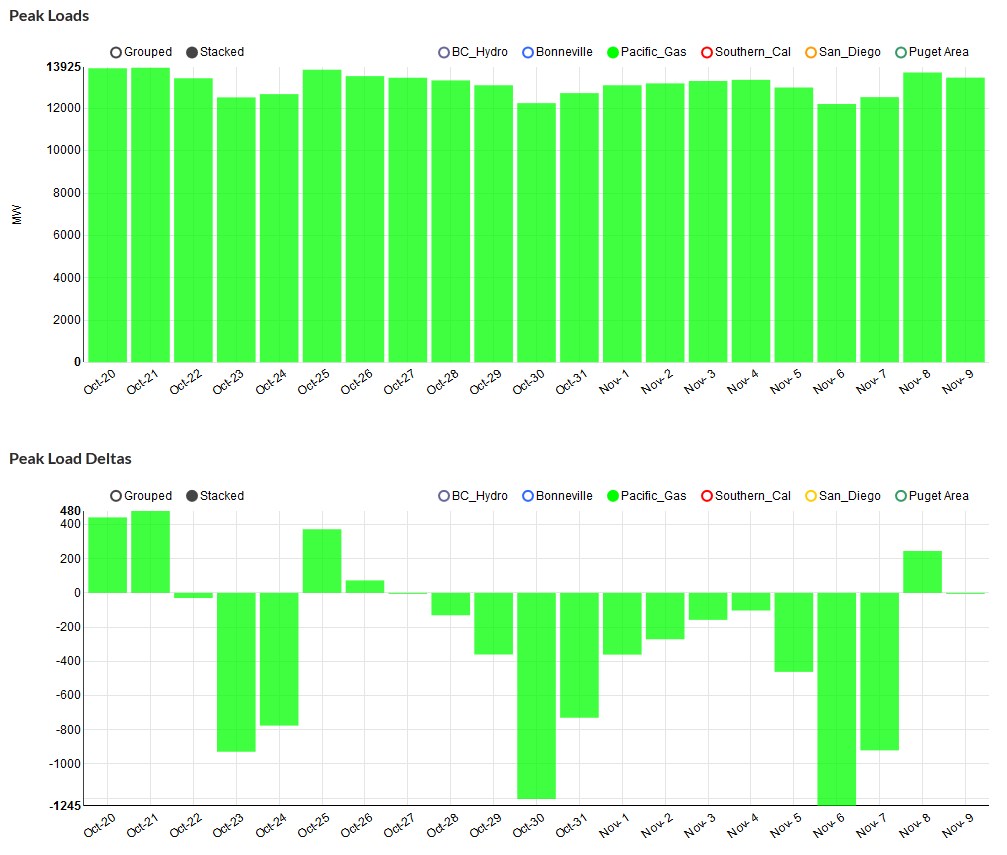 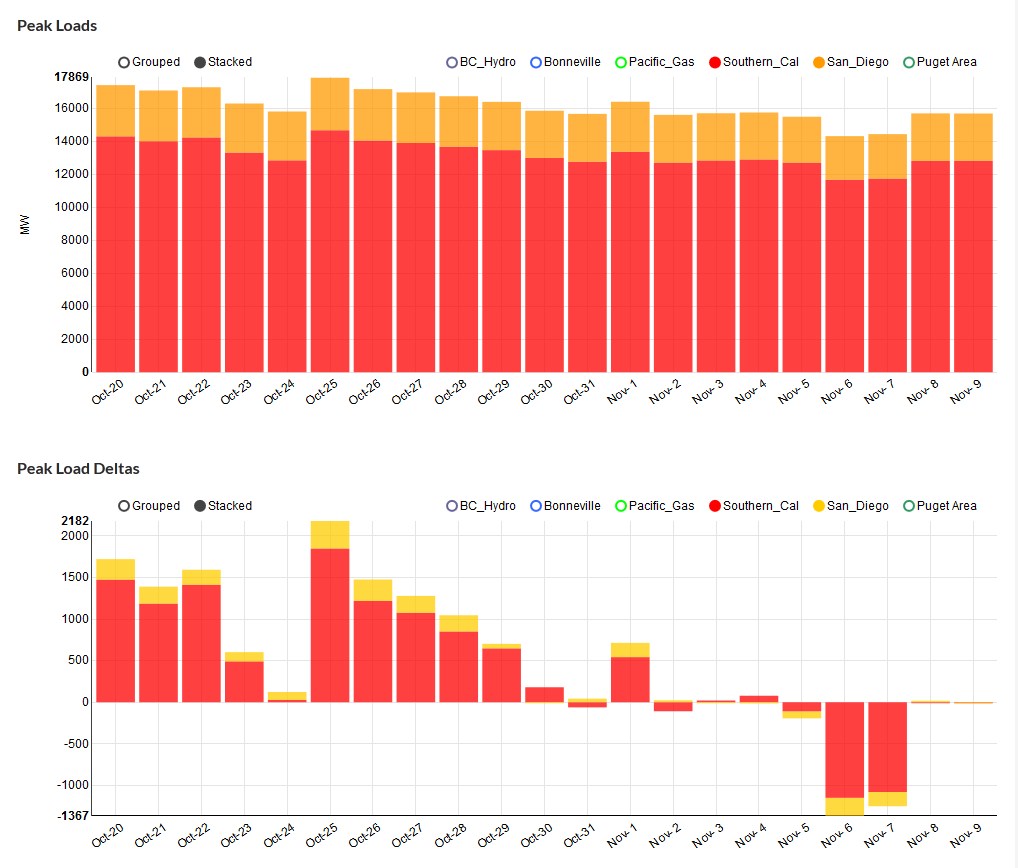 Peak loads are ramping up in the northwest, and even at NP15, but are still falling at SP15 which has now nearly reached the bottom of its seasonal load swings.

So am I a bear?  Short-term yes, longer term I am bullish on Mid-C, bearish on the ISO, bearish on Q2, neutral on Q1, and bullish on Q3.  I’d still wager that the Mid-C’s water year ends up below normal, probably in the mid 80s, and California has a near record water year.  The currently El Nino index (3.4) published a 2.8 last week (versus 2.6 same week in 1997) to set an all time high.  The current weather patterns are wet northwest and relatively dry California but I am expecting that to change starting around mid-December, though there is plenty of time to make an El Nino trade(s) given the very bearish near-term outlook.

A couple of trades that I’ve been watching are the Q2-Q1 rolls as I see Q2 bearing the brunt of El Nino induced bearishness (wet California with its current renewable mix could find the ISO exporting to keep its renewables online).   The Q2-Q1 Mid-C off peak is developing a potential opportunity to go long the 1 and sell the 2:

I like the on peak equally well but might wait for Q1 to get further burned by Nov weakness:

Note the market has found safe harbor by trading the roll dead center between the high and low historical settles whereas Ansergy is putting the roll closer to the high end.   Timing wise I’d wait as the front is more likely to come off more until the Mid-C sees some real cold which is not evident in today’s forecast.