Not much to report on Mid-C … the weather in Seattle is stunningly beautiful.  Not too hot, not too cold, perfect for golf and awful for loads.  Down south its a bit more interesting.  Temperatures have clocked in at the high 90s, low 100s in the LA basin.  What did loads do? 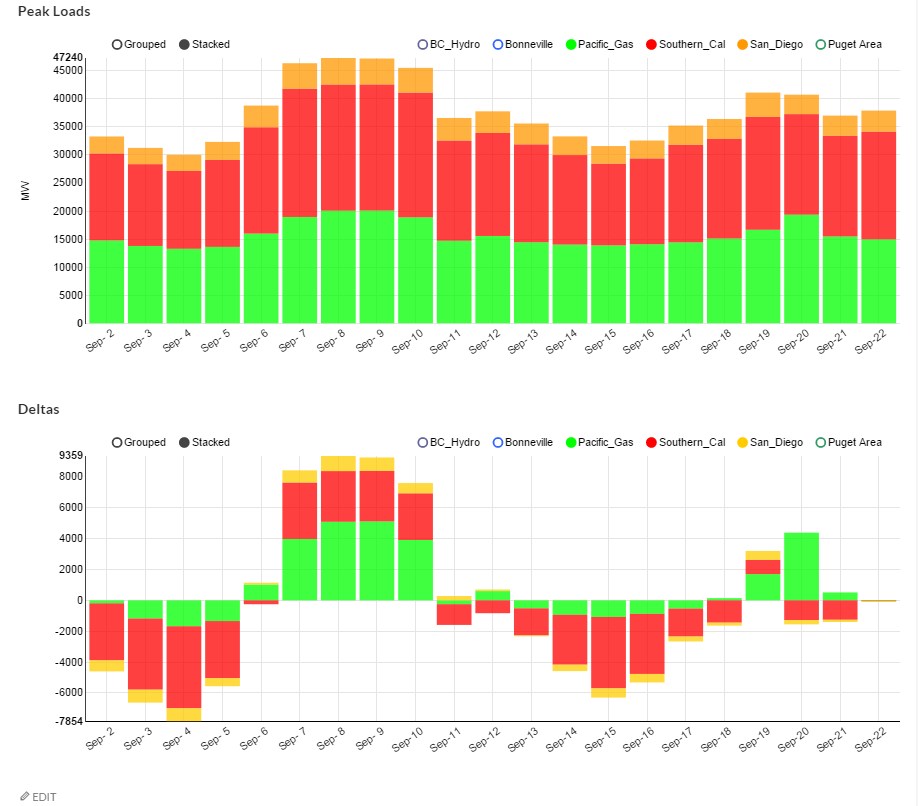 A decent rally, up about 5k MW versus one week ago, but off nearly 10k from the peak on Sep 8.  Looking forward we are not seeing any more big heat, and from above, it don’t really help that much:

But the big news is the DC derate (and the AC to a lesser extent), so what does that do to our forecast?  First let’s look at the transmission flows:

Then the heat rate forecast:

The current heat wave certainly rallied the market … but the cuts in the DC have little impact on SP, mostly because demand falls harder than the lost northwest energy:

Peak demand will fall 5000 MWs, absent another heat wave – a heat wave not currently in the cards.   With actual flows into SP (from the DC) of about 1500 aMW a case can easily be made that the DC cut, at least in SP, is a non-event.

So what is my point you might ask.  Simple, don’t expect to get any SP-based love (bullish) on your long SP-MidC Oct, you’ll need it all from Mid-C (bearish), which I don’t see happening.  First let’s look at the spread:

All I see is a widening delta between the forecast and market.  Given we don’t see SP getting more bullish it must be that the bears see more Mid-C pain.  Are they right?  It’s a tale of two curves:

One curve (Mid-C) has the market pushing price beneath our forecast (a no no) and the other curve (SP) has kept the deltas consistently wide.  Either Ansergy is really good at forecasting Mid-C, and really bad at SP, or something’s gotta give.  I think SP is over-priced and Mid-C slightly under-priced, especially when we look at the price inflections:

I see a lot of upside for Mid-C and a lot more downside for SP.  I’ve said my piece, it’s your money, but put me down for being short biased for the Oct SP-MidC on peak … the off peak I’m even more bearish, so is our Opp Matrix (this is a machine-based ranking of all traded products using internal weightings – if you want to learn more contact me): 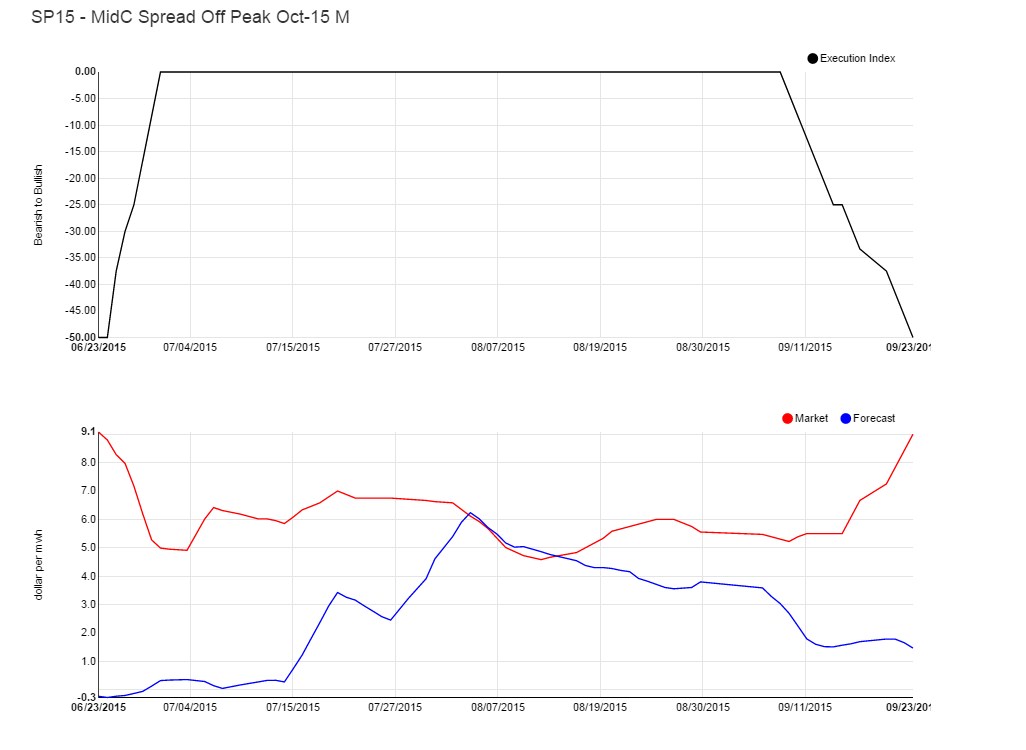 The top plot displays the model’s execution bias, or its sentiment.  Note that it began by being very bearish in late June and as the market crushed itself the sentiment morphed to “Hold”.  Now the market has re-rallied and the sentiment has returned to very bearish.   The Onpeak spread is similar, though less convicted: 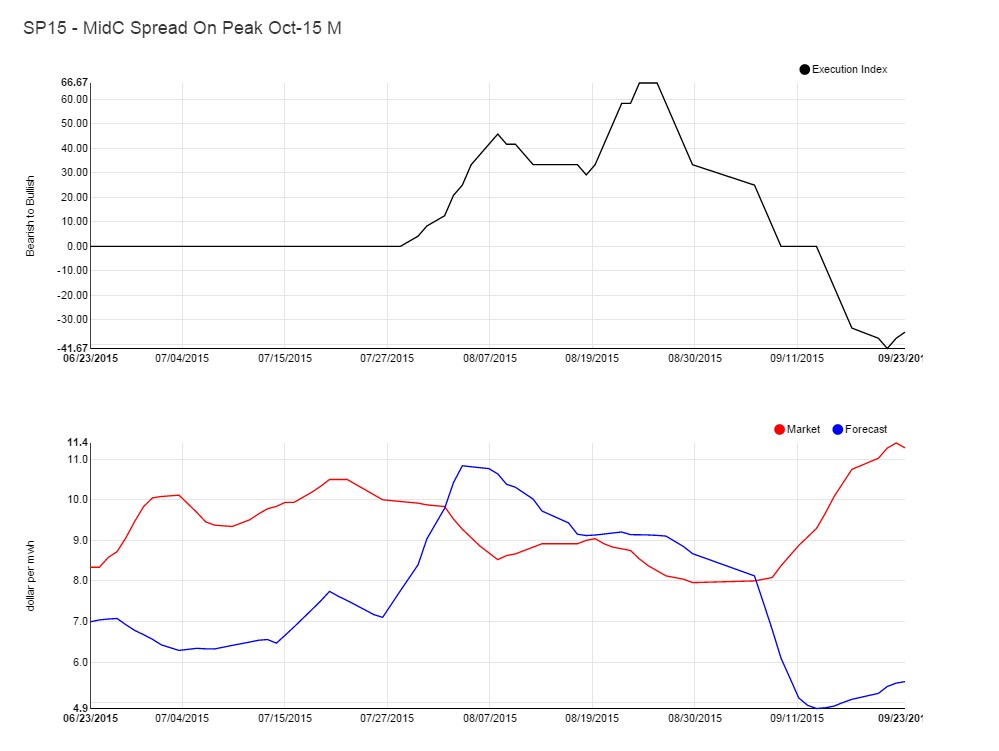 The sentiment was a strong buy a week or so before the market soared $4.00; post that rally the forecast has slipped and the delta has widened …teeing itself up for a possible correction.