ADMIN NOTE – I’ll be traveling to AZ for the week to visit customers; will still be responding to emails and chats but no calls.

Lots of news leading to a volatile market growing even more volatile. The great Siberian Express that was poised to slam into the Northwest and drive rolling Black Outs and disruptions to gas service has died on the vine. The cold is gone, its a warm anomaly, and to add salt to an open wound, Enbridge is making noise about bringing Westcoast back to full capacity months ahead of their first doomsday forecast. Yep, so buckle in, the roller coaster is leaving the station.

Compare the “Puget Area Demand” to that at Vancouver; both of these are derived values, but clearly, there is a disconnect between new gas arriving at Huntingdon and then showing up at Sumas. Most likely, just a timing issue. Those values at Vancouver are nearly as high as any seen last winter, let alone this summer, before the explosion. 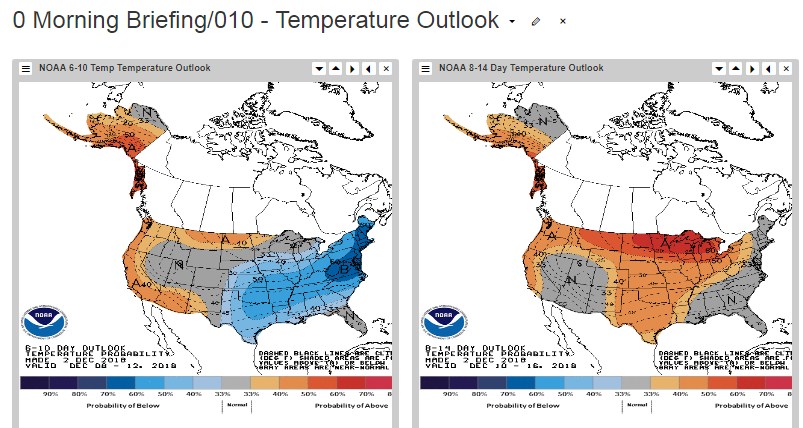 See what we mean about warm; no matter how you slice/dice/and stir fry this dish, it’s bearish. 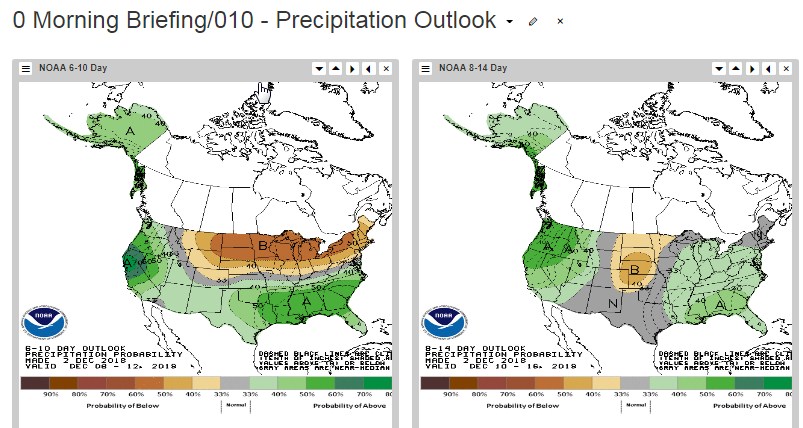 Precip is bearish, too; all of the WECC production basins are above normal, but they need it given where NWRFC has put its water supply.

TDA is now at 87% of normal, a bold move when the year is so young; bolder still, IHR sits at 85%. That’s them, our internal forecast is more bearish, we have both stations just below normal. The difference between the two models is how you treat the Oct-Nov anomaly – Ansergy weights it quite small, like maybe 10% of the water year while the RFC  treats it as an equal to Dec-Mar. 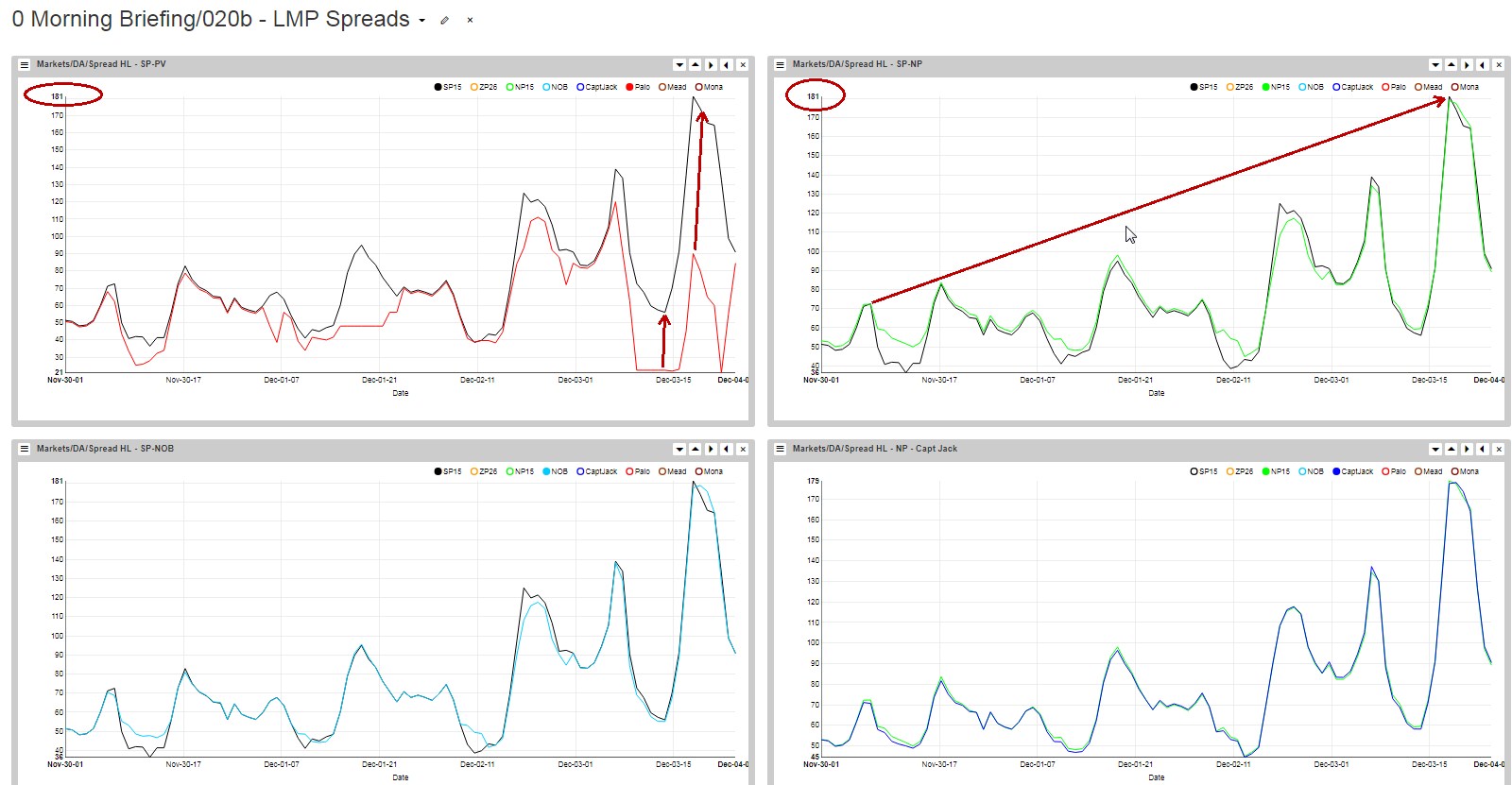 Hard to write a post with the word “Bearish” included when DAs clear $180. In fact, SP had its highest winter clear in six years:

Impressive, right? Until you plot the heat rate …

Then you see the lowest winter clear in six years. It’s a roller coaster out there; up is down and in is out.

What’s in is Socal Citygate and what’s out is Sumas; those two flipped and we’d be inclined to suggest Sumas is soon to mean revert back to the 1s and 2s. Should that happen, you’ll see the entire winter curve get turned upside down. Again, buying all those cheap rolls seems a safe way to play this … (Jan-Dec, Feb-Jan, Mar-Feb, Apr-Mar) – each is worth $10-20. Money for nothing and ur chix for free.

Why’s Socal rocking and rolling? Demand is up a bit and year-on-year supply is down; while PG&E demand soared. 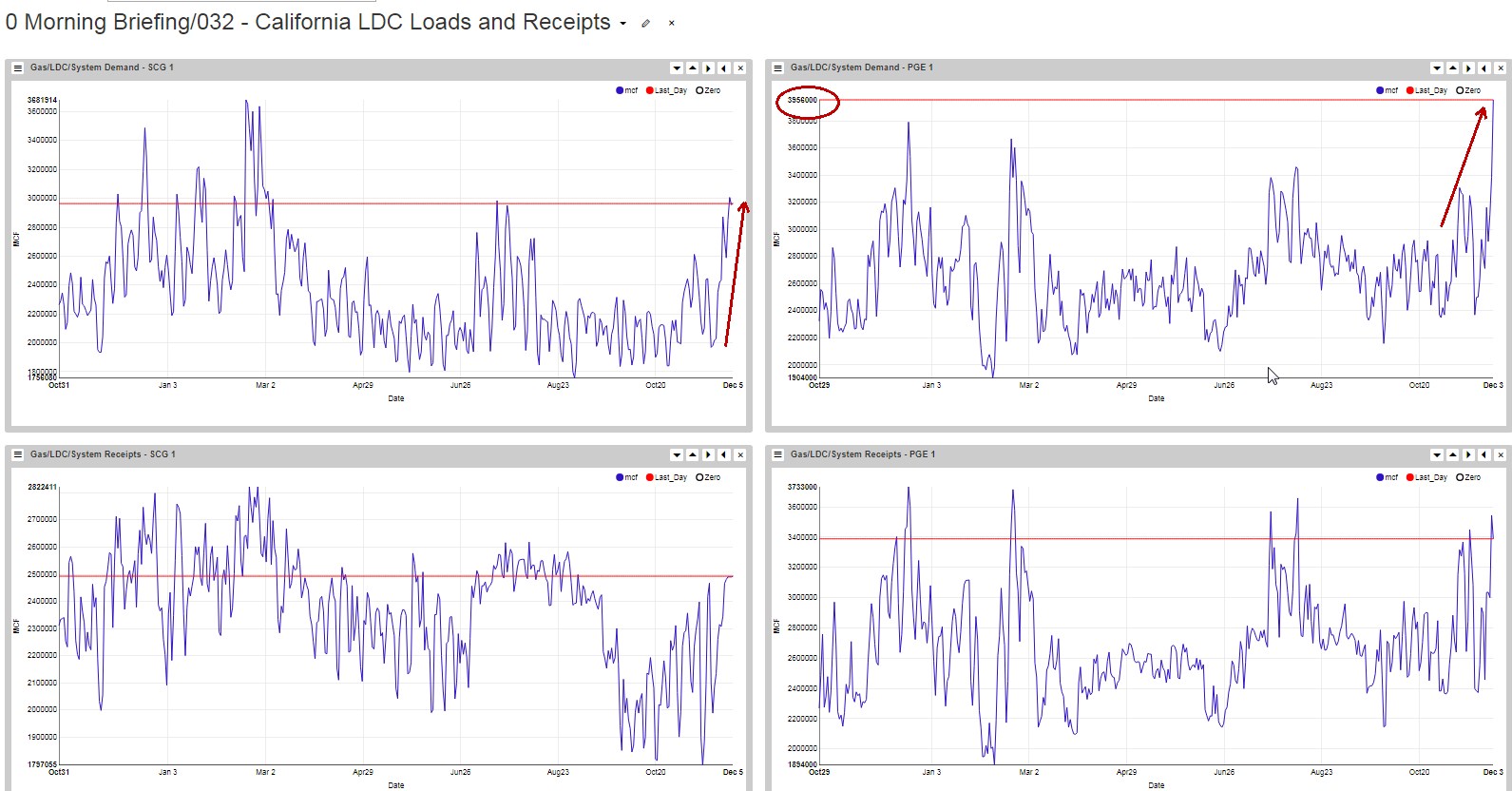 Socal’s demand rallied hard but still lags all of last year’s peak days; but PG&E’s demand just set a winter peak. Not because it was that cold, it wasn’t, but because ZP is serving SP’s power load which means NP must self-generate as it would typically draw 3 gigs from ZP. We could point that out to you in the tranny flows if the nazi ISO hadn’t taken away our Path 15/26 reports.

This chart takes a longer view of PG&E demand – today’s nominations were only exceeded twice in the last six years, and it isn’t even that cold. 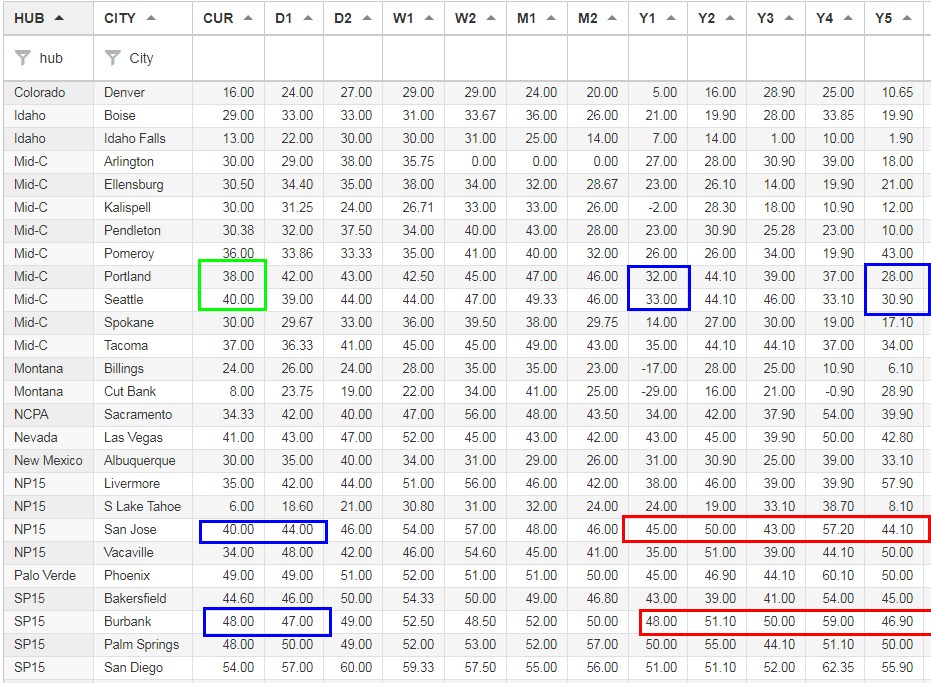 It is “colder” than last week and colder than previous years, same day, but not cold. It is more warm than cold in the Northwest. How are power loads faring? 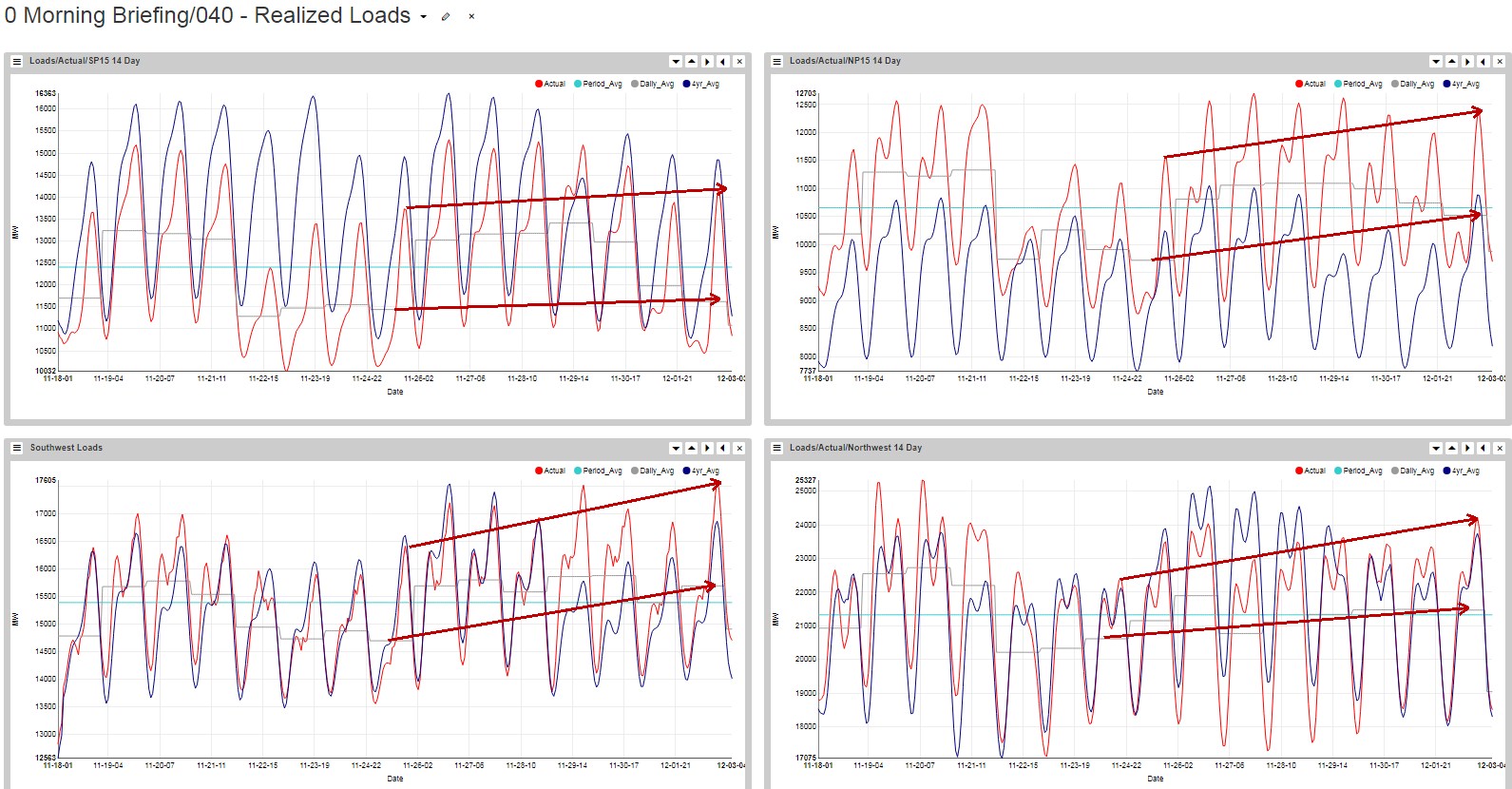 Bullish, every hub is up with NP and Palo rallying the hardest. But all that says is how bearish it was last week. 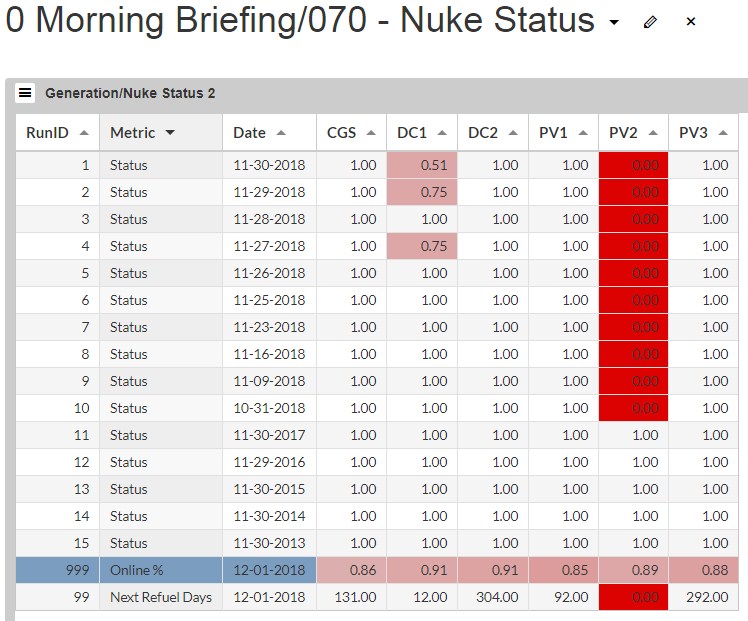 Diablo #1 dropped to 51% on Friday. An alert reader pointed out that this was due to “Storm Surge”. But wouldn’t #2 be impacted by those same waves? After all, #2 gets its cooling water from the same ocean. Watch #1, we think its due for a refuel, others say that won’t happen until Feb. If they do make it until then it would be the longest stretch between refuels in the last twenty years. 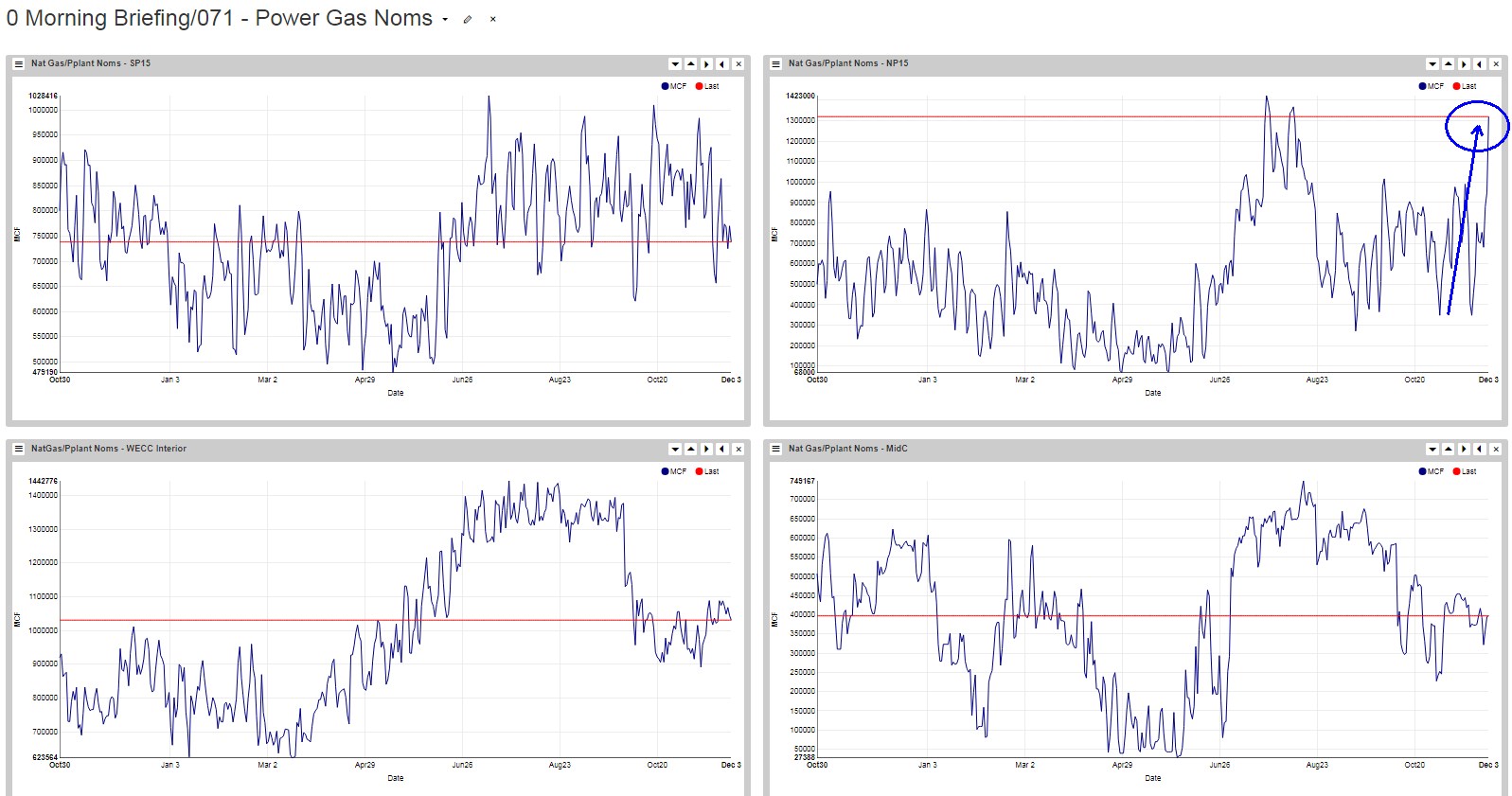 Check out those NP15 noms; almost as high as the peak summer levels and way beyond last winter. Why? SP can’t afford to burn $17 gas, so it leans on its friends to serve its load – check out the hub’s other friends. 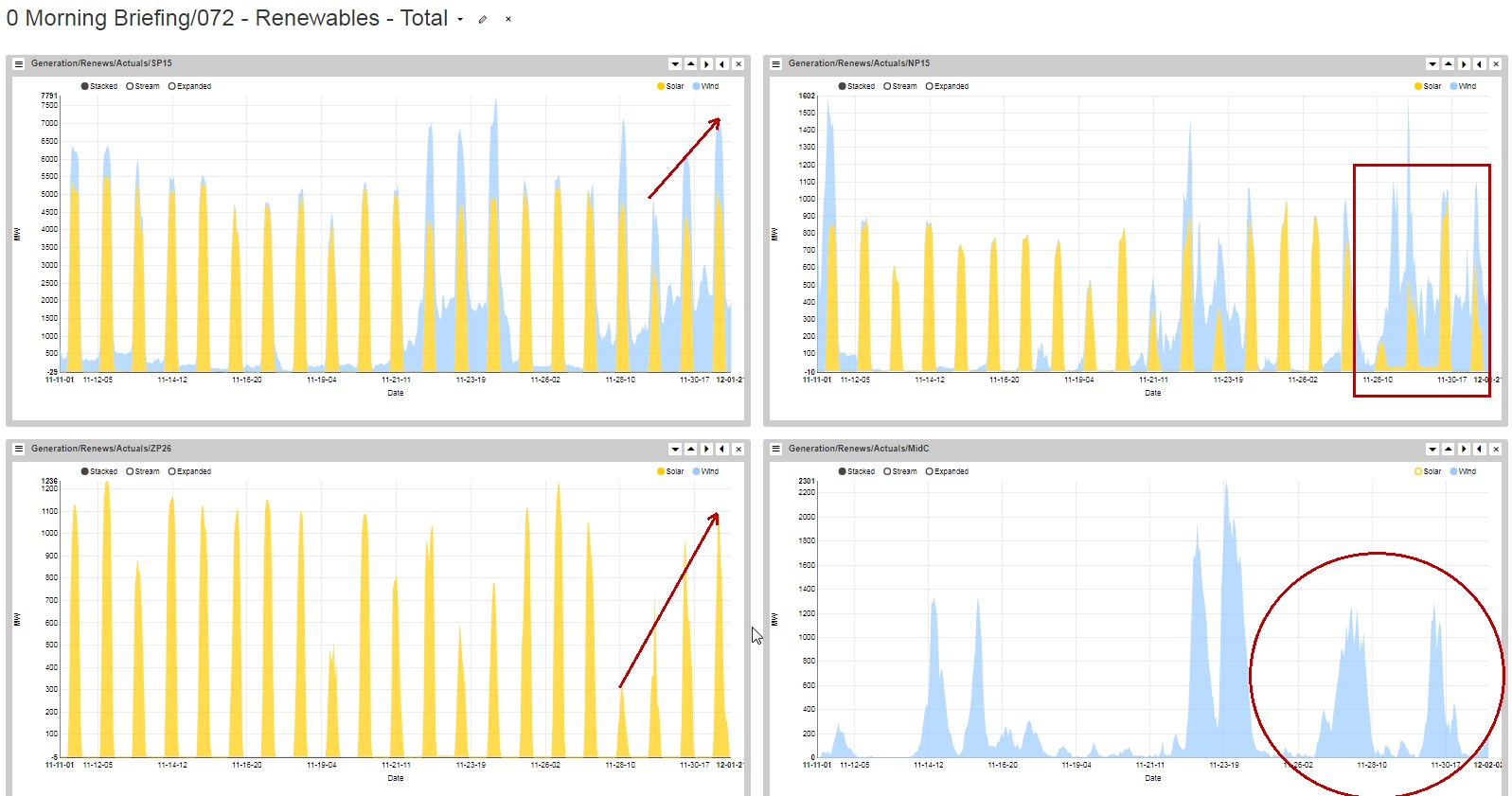 Timing was good – the ISO saw a near record total renewables over the weekend, during those extremely high prices. Sadly, BPA didn’t get much from its wind turbines.

The Northwest’s precip outlook in days 1-5 is next to nothing; two weeks ago this was like 2″. Just goes to show these winter storms are moving targets, just because they show up in the 8-14 means nothing. 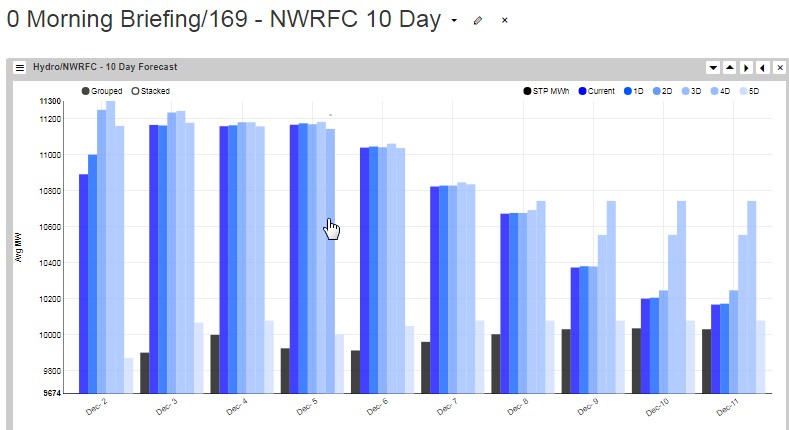 Our Portland friends are piling on the bear wagon. They jacked their 10 day nearly 2 gigs. Recall, a week ago they backed off their ten day by the same amount. Up / down / merry go  around. If their sentiment holds, will be a bearish BOM STP today. 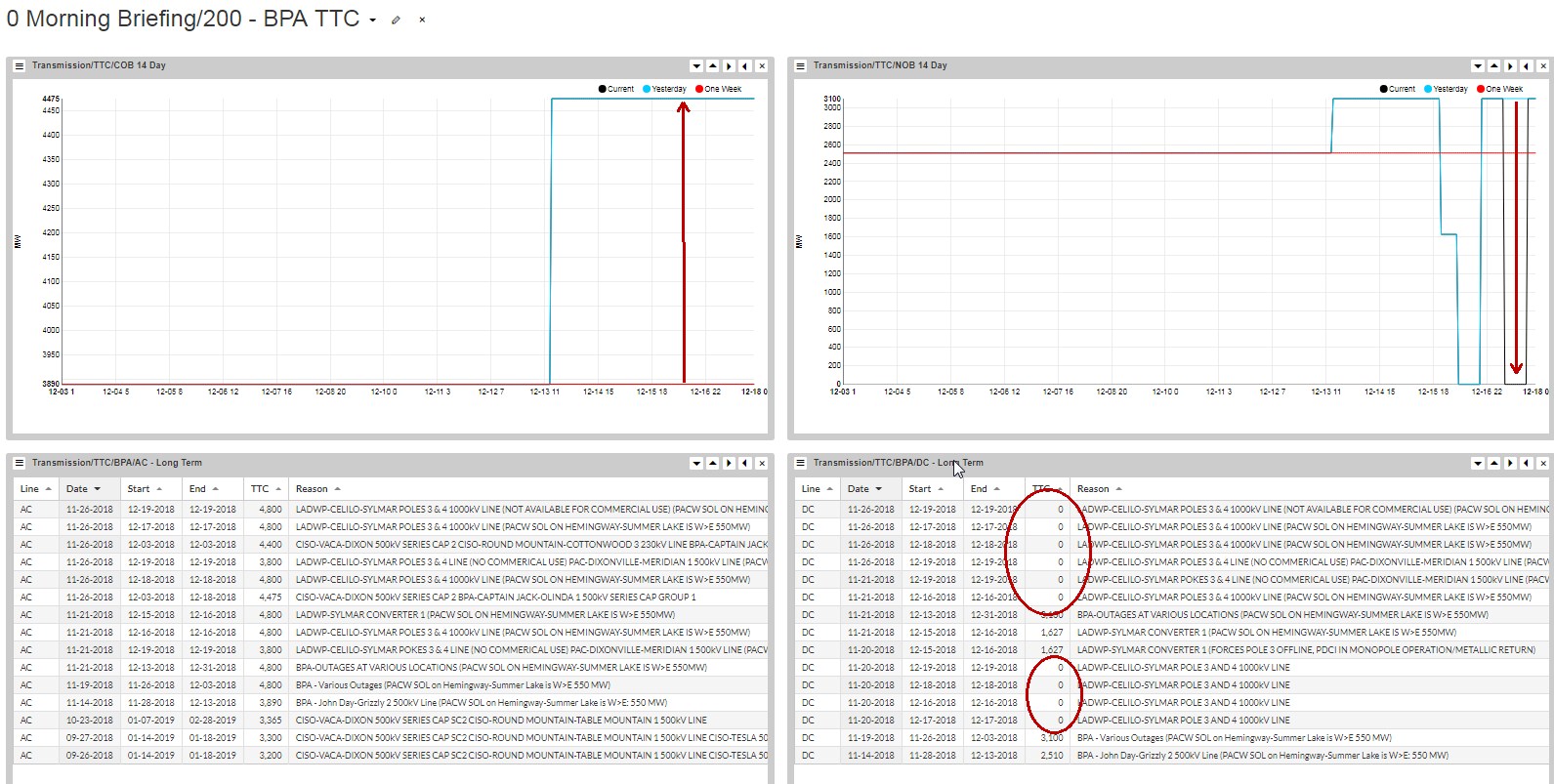 BPA bumped TTC on the AC and has a series of outages on the DC which takes the line to zero.

We’d sell the entire MidC curve out through March off the Westcoast news and possibly SP BOM off of a return to warm anomalies. Neither north or south have any hints of big HDD, spot gas is going to crash once this week’s “cold” is displaced by warm. More on that in the next post.