Sometimes it is fun to step back and take in the big picture. For example, the Summer of 2018 will go down in the books as one of the most volatile periods in the history of power for any region on the planet. Only the WECC Energy Crisis of 2000-01 exceeded the volatility of this latest flare-up. There were winners and losers; the big winners were the unhedged generators with plants outside of SP15. Maybe a few long utes laughed themselves to the bank as well.

In times of high prices, there is always one loser – the ratepayer. He is the sheep tied to the stake in the middle of a den of wolves. No one protects the ratepayer, he is naked short and can do nothing about it. Back in the day, the utility looked out for its ratepayers but post-Energy Crisis most elected to move a disproportionate share of load into the real-time or day-ahead markets. Hedging? That’s way too risky; instead, we’ll cover his exposure in the more volatile front.

But this post is not about the miss-management of ratepayer wholesale exposures; it is about the cost of saving salmon. In a high-price year, you’d expect that cost to be even higher. We’ve compiled some data that summarizes the price of Summer Spill. 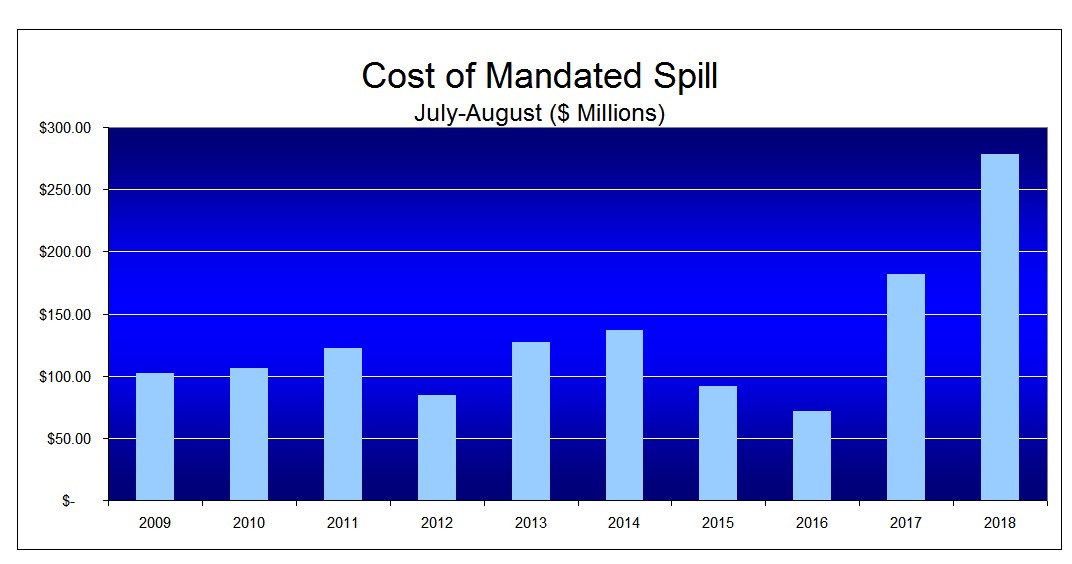 The two most expensive years to save the salmon were the last two and this year was 52% more costly than last year and 213% greater than the ten-year average ($130 million). The math is simple, take the spilled energy equivalent (adjusted for hydraulic capacity) times the hourly wholesale price.

The leap in cost wasn’t driven by spilling more, in fact, 2018 was the 3rd lowest year as measured in spill energy equivalents (MWH). 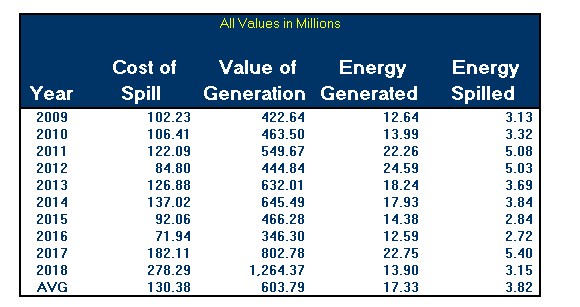 It was also the third lowest in total energy generated (Spill Plants), but the value of the generation was the highest ever. 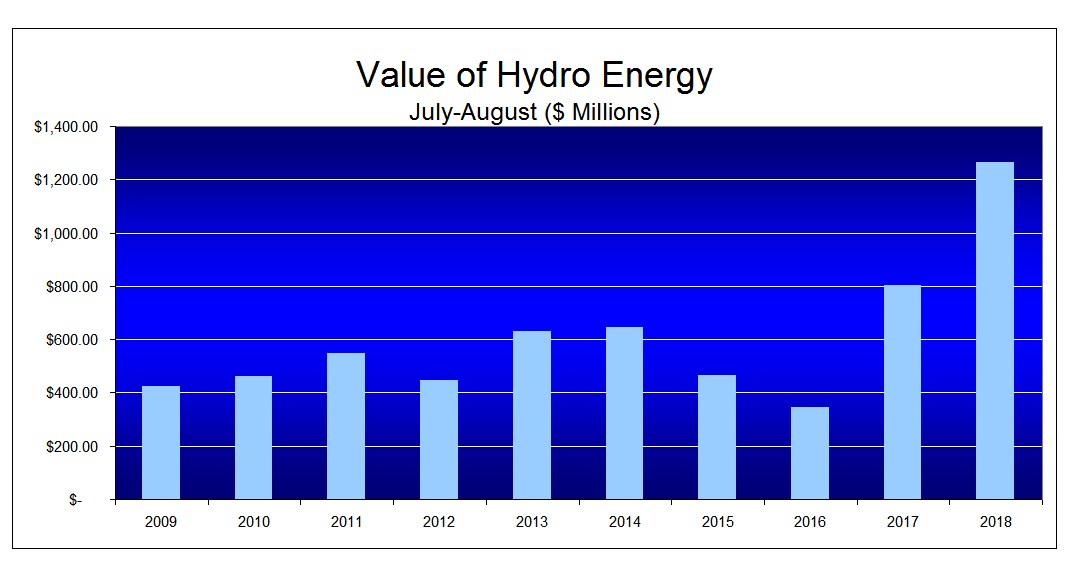 Fortunately, all of that value was used to offset residential demand thereby protecting, somewhat, the vulnerable ratepayer.

If you are interested in learning more about the study, or would like some additional work performed, drop us a note.